Staff at the state railway enterprise say they lack the expertise to supervise the US$700 million Yoma Central project and need to bring in consultants to monitor the quality and cost of work.

STATE-OWNED Myanma Railways plans to hire consultants to monitor the US$700 million Yoma Central project and ensure it is finished on time and according to the terms of the contract.

Yoma Strategic Holdings, a Singapore-listed company controlled by Mr Serge Pun, leads the consortium behind the project, which it describes as “one of the most ambitious building developments in Yangon’s modern time”.

Being developed on about 10 acres (4.6 hectares) of prime downtown land owned by Myanma Railways, the build-operate-transfer project will feature luxury residences, office towers, a business hotel and serviced apartments, and will also include the heritage-listed Burma Railways headquarters, built in 1877, which is being transformed into a five-star Peninsula hotel.

Senior Myanma Railways officials told Frontier that the state enterprise lacked the capacity to properly monitor a project of the size and complexity of Yoma Central, and they also had concerns that the developer was not following all of “the rules and regulations”.

On September 23, the state enterprise issued a call for expressions of interest from a Myanmar or foreign project assurance services company “to monitor the validity and viability of the projects in terms of progress to date and prediction of project outcome”.

The call for expressions of interest, which set an October 28 deadline for submissions, said that the quality, time and cost of the project “have to be bounded to ensure ongoing viability”.

The company hired to monitor the project will provide assistance to a project management unit and project assurance committee set up by Myanma Railways when construction work began. 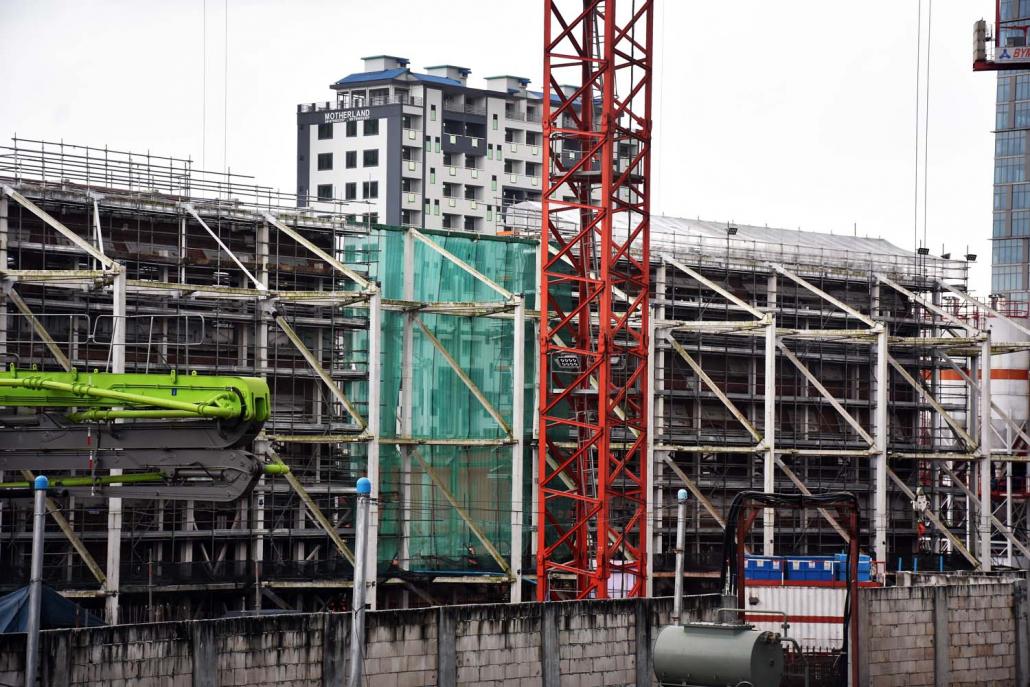 ‘We need to monitor it’

U Kyaw Moe Zaw, deputy general manager for supply at Myanma Railways, said the enterprise decided to hire consultants because it realised it did not have personnel with the capacity to monitor the project.

He said some Myanma Railways staff had complained that the developer was “not following the rules and regulations” and that the project was facing delays, but declined to elaborate.

“In my opinion we need to monitor the project systematically but at the moment we are doing it unsystematically … our team could not work effectively.”

General manager U Aung Win said that under the contract signed between Myanma Railways and the developer, the state enterprise could hire a consulting company if it deemed it necessary. The developer will cover the cost of the consulting fees, he added.

“It is a big project so we need to monitor it,” he said. “Previously we thought we could monitor it with our staff but we have no experience of this kind of project.

“We want to check whether they are sticking to the contract. The company said it would finish the project in 2022.”

According to the call for expressions of interest, Yoma Central is expected to take four years to complete, but an extension can be granted.

Mr Martyn Sawyer, group director for properties at Hongkong and Shanghai Hotels said the project was on schedule for completion in 2022.

“All projects experience unforeseen issues … Overall the project is as difficult as anticipated,” he said, adding that the hiring of consultants was being managed entirely by Myanma Railways.

“Myanma Railways don’t have the technical expertise in-house to supervise their participation in a BOT project therefore they need to ask for third-party advice.”

Sawyer said the suggestion that the developer had not been adhering to the terms of the master lease agreement was “incorrect”.

He said the the consultants would advise Myanma Railways on “restoration works and technical details” for the hotel project, as well as for the larger Yoma Central site.

The contractor for Yoma Central is BTJV Myanmar, a joint venture between Dragages Singapore – a subsidiary of French construction giant Bouygues – and Japan’s Taisei Corporation.

The Peninsula Yangon hotel project, meanwhile, is being built by BYMA, a joint venture between Dragages and Yoma Strategic.

It is unclear exactly why Myanma Railways would be concerned about cost or time overruns on Yoma Central given that its main financial interest in the project is an annual lease fee, which it should be paid regardless of when the project is completed. The site will also revert to state ownership when the master lease expires, which could be in another 30 to 50 years.

But Pun has often had a fractious relationship with Myanma Railways over the Yoma Central site, which he first developed in the early 2000s in partnership with a listed Thai firm, Nawarat Patanakarn Public Company Limited.

According to Nawarat Patanakarn’s disclosures to the Stock Exchange of Thailand, their joint venture, Meeyahta International Hotel Limited, entered into a 30-year lease with Myanma Railways in the late 1990s but soon encountered financial problems and stopped making payments to the state enterprise. By December 31, 2010, the debt stood at $19 million, the company said.

In early 2007 the government took steps to cancel the lease because of the debt and the companies’ failure to restore the Burma Railways building, the company said. Later that year Pun accused Nawarat Patanakarn of violating the joint venture agreement and demanded it transfer its 53 percent stake to his company, according to filings.

Nawarat Patanakarn then successfully sued MIHL for unpaid debts of around $14 million and later sold its stake in the company to an undisclosed buyer, it said.

In 2012, Pun announced his plans for Yoma Central, which was then referred to as the Landmark project. After clearing the debt with Myanma Railways and settling with Nawarat Patanakarn, Pun’s privately held company, Serge Pun & Associates, sold 80 percent of the lease for the site to Yoma Strategic for $80 million.

It would take Yoma Strategic almost four years to secure the lease extension it needed to move forward with the project, however. In July 2016, the company signed a new master lease for the site with Myanma Railways, extending the leases on two parcels to 50 years from January 1, 1998, with the possibility of two 10-year extensions.

The 9.5-acre lease encompasses Yoma Central, and is being developed by a joint venture comprising Yoma Strategic (48 percent), FMI (12pc), Japan’s Mitsubishi (30pc), the Asian Development Bank (5pc), and the International Finance Corporation (5pc), which is part of the World Bank Group. 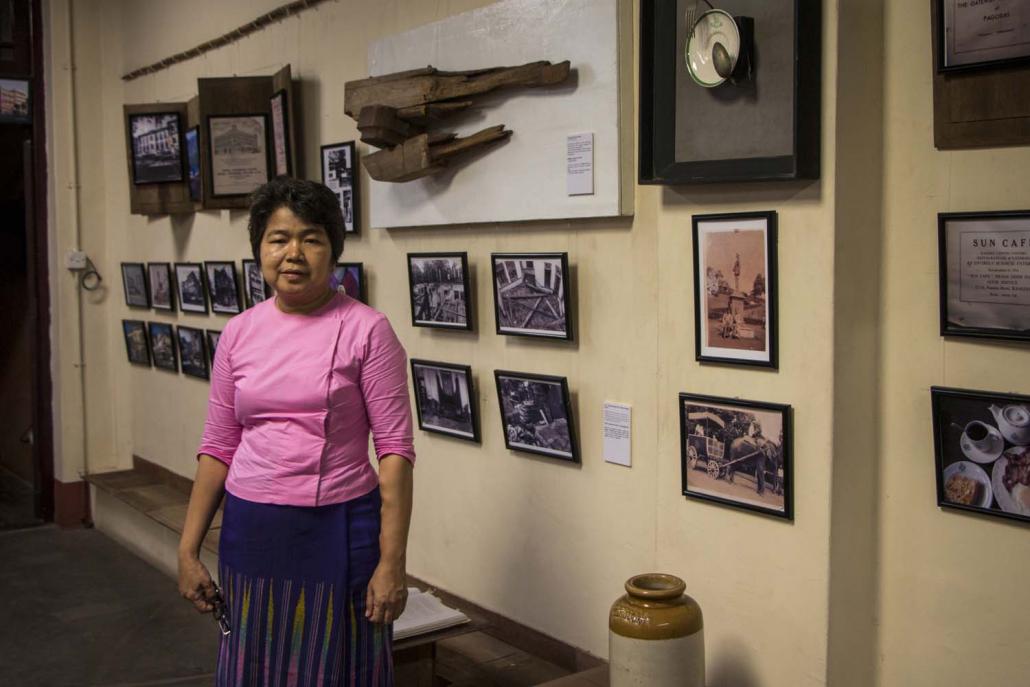 There has been disquiet among heritage advocates about the way Yoma Strategic and its partners have approached the restoration of the Burma Railways building.

The building has been included on a Yangon City Development Committee heritage list since 1996 and cannot be modified or demolished without approval.

The project has resulted in the interior of the building being gutted, leaving only the façade. In July 2018, part of an exterior wall collapsed, leaving an open section facing the railway lines to the north.

Daw Moe Moe Lwin from Yangon Heritage Trust said she was upset at the “demolition” of the heritage structure.

Under the previous government, YHT had advised the developers to turn the building into a shopping centre or art gallery rather than a hotel to “avoid damaging the original structure”, she said.

“The company ignored our suggestions … removing the inside of the building is not heritage conservation,” she said. “The inside is important – the building was used as a place to manage the railways. It has historical significance.”

Sawyer said the developer only became aware “in recent times” that YHT did not support the hotel project. He noted that the lease required construction of a hotel and said the company’s plan all along had been to remove the inside of the original building and leave only the façade. This was necessary because the building was in an “extremely poor condition and was unfit for safe use”.

“As an international company we must ensure the safest environment possible for our guests, staff and the general public. This includes earthquake protection amongst many others,” he said.

“Furthermore, the building was an office building and therefore not suited to luxury hotel accommodation without significant changes.”

Before work began on the project, the façade and interior were measured and recorded, and all removable heritage features, such as teak doors and windows and cast iron elements – including canopies that framed the windows – were carefully removed, labelled and stored for restoration.

“Internal laterite and brickwork was also carefully dismantled piece-by-piece, cleaned and stored for eventual reconstruction. Retention frames were then erected to maintain the heritage laterite and brick façade,” Sawyer said.

A new reinforced concrete structure is being built inside the exterior façade, after which the interior façade will be rebuilt using as many of the reclaimed bricks as possible, he said.

The wall collapse occurred after heavy rain, said Sawyer, who added that “some parts of the building remain weak”.

Moe Moe Lwin said the process reflected differences in attitude between YHT and the developers about heritage conservation.

“They have a different view – that it is about the individual pieces,” she said. “But our view is that the integrity and authenticity of the structure is important.”

Aung Win from Myanma Railways said the decision to hire consultants to monitor the project was not related to any concerns over heritage conservation.

“I’m not concerned about the wall falling down or the renovation work,” he said. “Peninsula is very experienced at restoration. I believe they’ll ensure the best outcome for this heritage building.

“The building is so old. If the project didn’t happen, it would just be empty – we couldn’t even use it as our office. Over time it would suffer more damage and eventually become dangerous.”

Update, November 2: This article has been amended to clarify that the PASC will advise on both the Peninsula Yangon and Yoma Central sites.

TOP PHOTO: An artists’ impression of the Yoma Central project, with the Peninsula Yangon in the front right corner of the site. (Supplied)