Messages of hope and despair

Hope, peace and despair were among the themes explored when Myanmar and foreign artists gathered in Yangon for the country’s second international performance art festival.

There were hammers smashing, a plant covered in red paint, kites on a black coat and a face behind a mask at the group performance by Aye Ko and other artists when they kick-started the second International Performance Art Festival in Yangon.

“We can do individually, individual idea, but this is a cooperation, how we connect to each other,” said Aye Ko, director of New Zero Art Space.

Zero Platform 2: International Performance Art Festival 2018 was held at the Goethe Institut on December 5, 6 and 8.  The event featured more than 30 international and Myanmar artists, including Htein Lin, San Oo, Aye Ko and Suu Myint Thein, who showcased their performance piece on two consecutive days, and ended with a talk on the last day.

Writing “peace” using water along a trail created from white sheets of paper, Aye Ko referred to unrealised peace in Myanmar by observing that “water will disappear suddenly”.

He placed toy soldiers and apples along the paper trail, to symbolise the “two governments situation” and “peace” in Myanmar.

“Our country has two governments, one is the National League for Democracy government, the other is military government,” he said. 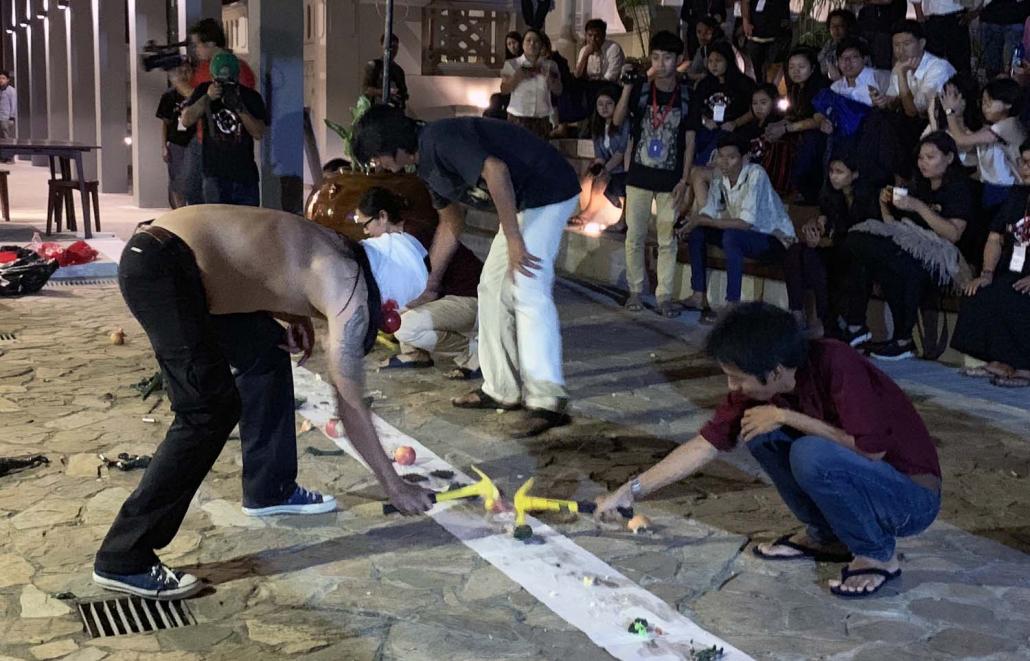 Using hammers to smash the toy soldiers along the trail, he said he wanted to “destroy the military government”. He also destroyed the apples to imply that peace in Myanmar was beyond reach.

Other artists at the event also took up important national issues, including environmental degradation and censorship.

Multidisciplinary artist Thyitar said she used kites during the opening group performance to represent hope. It was something people desired, she said, but “very dangerous and always get destroyed sometimes”.

“Our country, we don’t have freedom,” Thyitar said, explaining that she tied the kites to a black coat because “our feeling of life is bad in our country”.

She walked among the audience wearing the coat of kites on her back, and gave them one by one to members of the audience to send “hope” to the people.

“Everyone can hope, they are young generation,” she said. “We need to be hopeful [for] our country.” 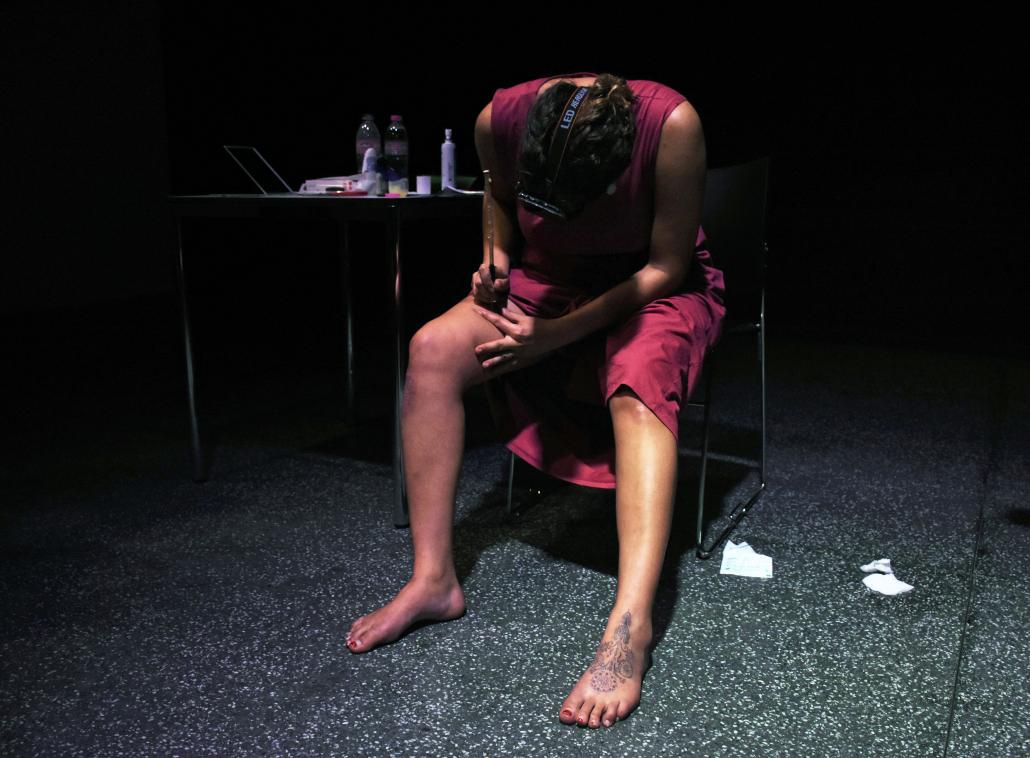 Belgian artist Mélanie Peduzzi pushing a tattoo needle in her right thigh to create the words “Avoid Politics” in Burmese, which is what she was told when invited to the festival. (Sha Miao | Frontier)

Elsewhere at the event, in a dark room with spotlights on the artist, people gasped as they watched Belgian artist Mélanie Peduzzi pushing a tattoo needle in her right thigh to create the words “Avoid Politics” in Burmese, which is what she was told when invited to the festival.

“For me, arts is politics – you can criticise it, you can show image to people,” Peduzzi said, adding that she wanted audiences to reflect on the aim behind the creativity. “Maybe something is wrong, the artists can point it, to show it to the society.”

Performance art in Myanmar was strongly associated with political activity when it gradually began to emerge in the years after the 1988 national uprising, the biggest revolution against dictatorship in modern Myanmar, and focused on such themes as oppression and censorship. By the late 1990s, as more opportunities opened up for performance artists, some began performing outside Myanmar.

Among the audience was university student Ko Nyan Myint Thuta, 19, who said it was the second time he had watched performance art. He was stunned when he first encountered it in Japan, he told Frontier. To him, it is a form of expression with a minimal use of words that is “ambiguous, abstract, and about the society”.

“This kind of art doesn’t input a meaning to you, it’s you who tries to understand it, your interpretation, and the connection to it,” Nyan Myint Thuta said. 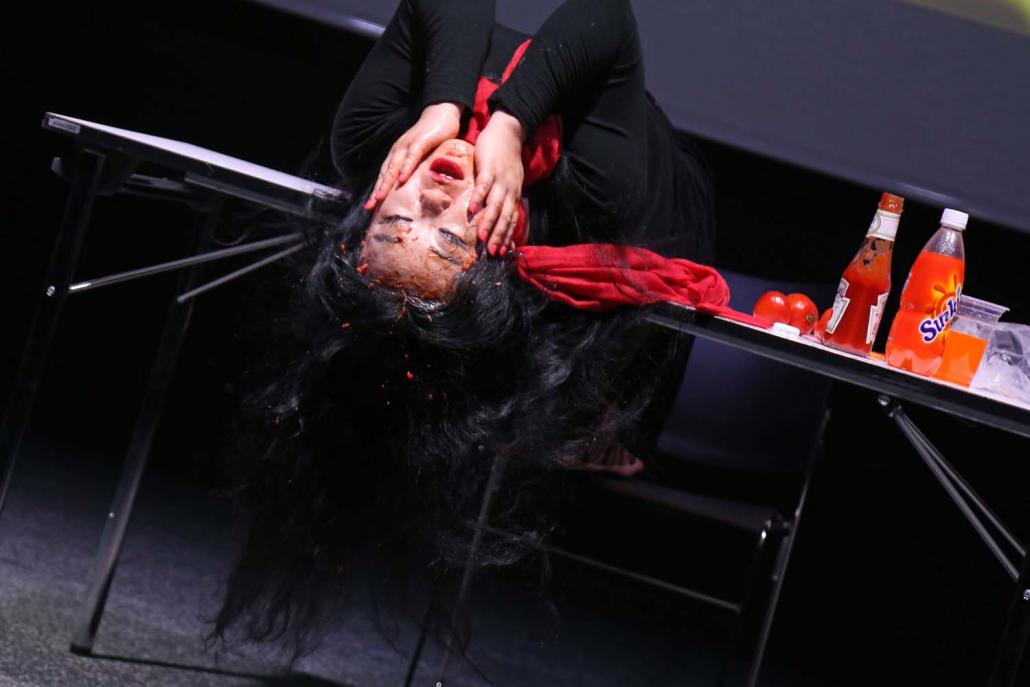 Student Ma Ying Wit Mon Win, 22, said the event was her first encounter with performance art. She said performance art was not solely about negative emotions and issues facing society, but also provided a hopeful message so ”we can go for a solution.”

Aye Ko said Zero Platform 2 was held to promote young Myanmar artists. It was “made for the next generation” to help them become “become international artists” of the future.

“Performance art is not an entertainment; it is artists’ emotion and expression,” he said. “That’s why  we don’t focus on audience … we focus on artists here, their inspiration and their emotion.” 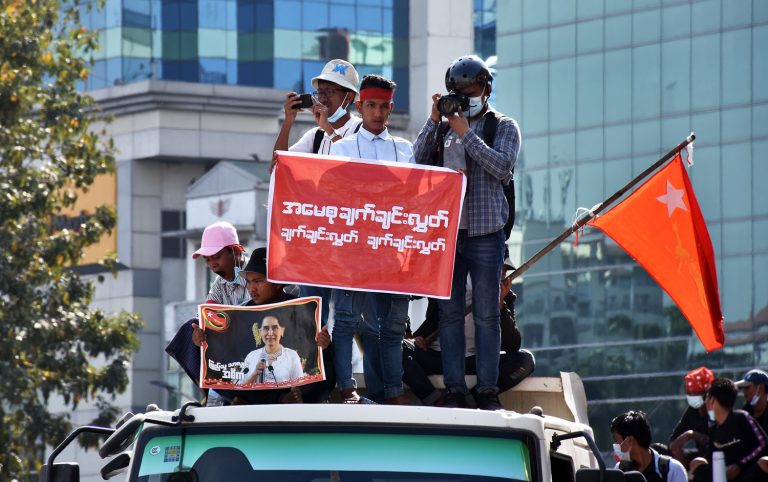 The junta has not yet arrested journalists en masse, shut down media houses or re-imposed censorship, but Myanmar’s media workers are bracing for the worst.
BY Frontier 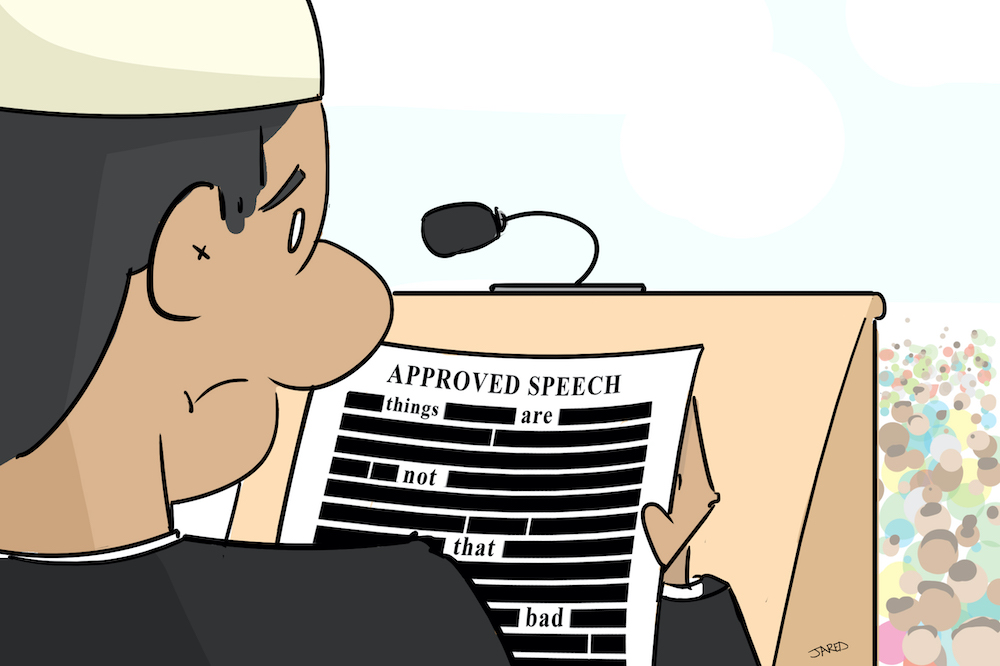