Former general and deputy minister for Home Affairs, U Maung Maung Ohn, was appointed Chief Minister of Rakhine State in 2014, replacing U Hla Maung. Although the Arakan National Party won a majority of seats in the Rakhine assembly last November, the National League for Democracy appointed as chief minister, the chair of its state branch, U Nyi Pu, an ethnic Rakhine.

In an interview with Frontier at his Yangon home on March 26, Maung Maung Ohn discussed the political tensions in Rakhine and the likely challenges facing his successor, U Nyi Pu.

What is your opinion about the power-sharing situation in the new Rakhine State government?

The people need to be open-minded and not take sides related to party politics. The issues in Rakhine are very sensitive and differ from those of other states and regions, which can be solved locally. The problem of the Bengalis [the official term for Rohingya Muslims, because the previous government asserted they were illegal immigrants from Bangladesh] involves connecting with the international and the local communities, so it is different.

As the outgoing chief minister I would like to make an observation. There are two communities in Rakhine State. One is the Rakhine people and the other is the Bengali community. It is essential to understand the desires of the Rakhine people while also taking into account human rights and international concerns. It is also important to consider race and religion. The incoming government needs to understand these factors.

I want to say that it is very hard for the government to maintain order in Rakhine. It is better to negotiate and cooperate. It is really important that conflicts like 2012 should never happen again.

Another thing is that there are some international organisations in Rakhine who are using religion to create problems.

Rakhine State is not the same as other states. In other states and regions, situations can be controlled but if something happens in Rakhine it will spread. So I want to say, don’t create a messy situation in Rakhine.

Have you been asked by the NLD to service in the next state government?

I don’t think they will propose me for a position because they might have view of me. I don’t expect anything from them and I’m no longer participating in the Rakhine government.

If you had been offered a ministry, which portfolio would you have liked?

It depends whether it would be at the Union level or the state level. At the Union level, I would like to be Minister of Border Affairs because it is concerned with security and I would also like to help with the development of ethnic people. Resolving the issue involving armed ethnic groups is the nation’s first priority.

At state level in Rakhine it’s not the same as Union level. As well as ethnic Rakhine there are many other minority groups in the state. Rakhine was previously designated a white [peaceful] area, but then there was fighting between the Arakan Army and the Tatmadaw.

What is the biggest challenge facing Chief Minister Nyi Pu?

He must not neglect the desires of the ethnic Rakhine. It would be good if it the situation could be solved with “order”. Even if he can maintain order, that might not be possible in the long term. The new chief minister must be able to get along well with the Rakhine people and he must be able to satisfy their desires.

He will also be responsible for negotiations among ethnic Rakhine, the Bengali community and the Union government. He will need to handle those negotiations carefully or he might face confrontation.

At a time when the government was arresting people accused of having links to the Arakan Army, the father-in-law of its commander was appointed Speaker of the Rakhine Hluttaw. Why did Tatmadaw MPs not oppose his appointment?

He (U San Kyaw Hla) was the only nominee for the position. The NLD did not propose a candidate for the speaker’s position and neither did the Union Solidarity and Development Party. Had their been more than two candidates, the appointment would have gone to a vote and we [the Tatmadaw MPs] could have investigated whether U San Kyaw Hla had been involved with the Arakan Army.

He declared when he registered as a candidate that he had no involvement with the Arakan Army and the Election Commission allowed him to participate. We have nothing to say about him becoming speaker. The Union government is responsible for him according to the law. 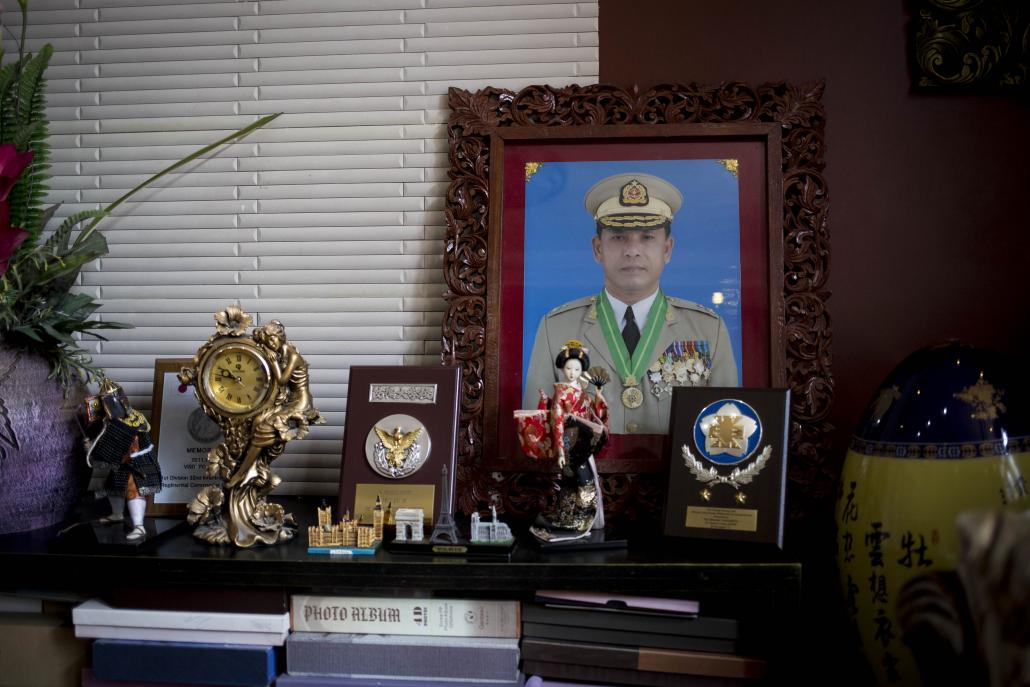 What do you have to say about the continued fighting between the Tatmadaw and the Arakan Army?

We are aiming for eternal peace but they are collecting weapons, recruiting more soldiers, and building up. They are not doing that because they intend to avoid the Tatmadaw. Their demand for a separate state is impossible.

Myanmar is a country where the ethnic Bamar are the majority. The majority ethnic group always leads the country. It’s the same in every country. So I have to ask, do you want the country to collapse like Russia? If a herd of cattle is dispersed, one will be the prey of a tiger.

We are not talking about Bamar chauvinism. The Arakan Army is not our enemy, they are one of us. This needs to be discussed around a table. If you want to carry guns you have to be prepared to reap what you sow.

What’s your prediction for how Nyi Pu will perform as chief minister?

It really depends on his powers of persuasion, ability to compromise and sense of responsibility. When I was chief minister I had to do a lot of things on my own. If he [Nyi Pu] acts like a puppet, it will not work. In Rakhine, if he favours one side, the other side will make a problem, and vice versa. Because of his age and experience, I hope U Nyi Pu will do well.

If he cannot manage at state level, it will have to be handled at Union level. The Rakhine chief minister is the one who can compromise between the Rakhine people and the Union government. If he only acts like a puppet he will encounter problems with the Rakhine people.

Rohingya to give first testimony in push for Myanmar army probe