YANGON — At least seven people are feared dead after a pipe carrying oxygen into a Magway Region coal mine burst, cutting off the air supply and causing a partial collapse, authorities said Wednesday.

The accident occurred while workers were 100 metres deep inside the mine in Minbu Township.

U Aung Win Sein, director of Magway’s fire department, said the victims include a Chinese national, whom local media described as a supervisor of the mining crew.

The pipe burst caused part of the mine’s walls to cave in.

“We are having difficulties as the mine is dangerous and can collapse any time,” Aung Win Sein said, adding that one person had not been found yet though it is unlikely he is alive.

The fire department director said four people, including two Chinese nationals, managed to escape from the mine, which was owned and operated by a local businessman named Chit Han.

About a third of Myanmar’s 53 million residents are not connected to the grid, and power cuts are common in major cities.

The previous military-backed administration of President U Thein Sein looked to coal-fired power plants to help fill the gap.

But residents in areas where mining projects have been proposed have resisted the developments, citing environmental concerns. 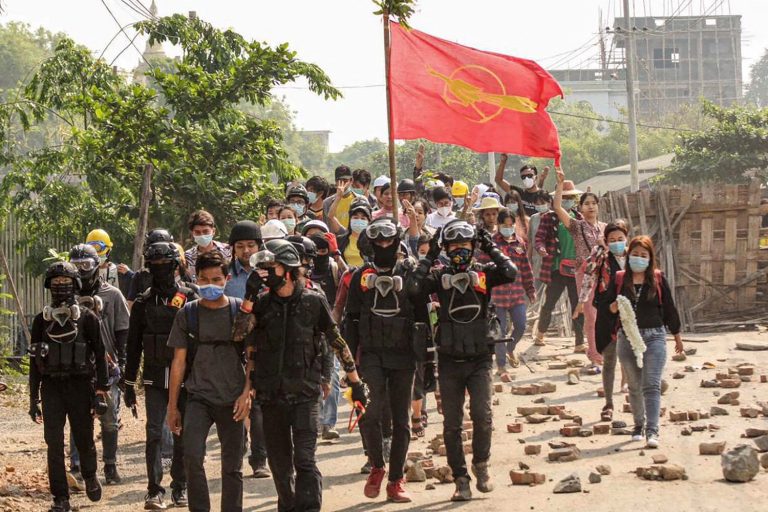 The ‘Tumi Revolution’: Protesters fight back in Sagaing Region

Podcast: Returning to the mines