Ma Ba Tha in the classroom

About 700,000 children throughout Myanmar are attending weekly classes on Buddhism at 5,000 schools established by a foundation with close ties to the hardline nationalist group Ma Ba Tha.

In some parts of Kayin State, Sunday morning sessions are no longer available for children attending government schools as part of their weekend tuition classes. The Committee to Protect Race and Religion, known in Myanmar as Ma Ba Tha, has ordered an end to the classes because it wants the children to attend Dhamma schools instead.

Since the Dhamma School Foundation was founded in March 2012, it has established about 5,000 schools throughout the country, where its curriculum is taught by more than 25,000 DSF-trained teachers to 700,000 children.  A third of the teachers are monks and nuns and the rest are lay people.

“Modern children are staying away from religious (Buddhist) places and are afraid of monks, that’s why I wanted to build such a school,” said the foundation’s general secretary (1), the Venerable U Nyarnawuntha. “Our goal is to achieve moralistic education based on Buddhism,” he said.

“We’re teaching Buddhism as education, not as religious discipline,” Daw Khaemarsari, a nun who co-founded the DSF and is in charge of its curriculum, told Frontier in an interview at the foundation’s headquarters in Yangon’s Bahan Township.

The Dhamma schools are teaching Buddhism to children from Grade 1 to Grade 5 and the foundation plans to eventually provide classes up to Grade 12 level.

The idea for the Dhamma schools came from Sri Lanka, where they attracted the attention of Myanmar monks and nuns who had gone to the island nation on fellowships to study Buddhism.

At one of the foundation’s schools in a well-to-do Yangon neighbourhood, Frontier was impressed by the rare sight of slippers arranged in a neat row in the classroom as children recited Buddhist moral education poems before a class on meditation. Their other classes include learning from monks about the Jatakas, tales of the previous lives of the Buddha.

Daw Khaemarsari had no doubt that the DSF curriculum was making the children more polite. Their manners, including showing respect to elders, behaving appropriately in public and even the way they eat, had improved because of what they had learned, she said.

The Venerable Ashin Sundara, who teaches at one of the schools in Yankin that has about 100 students aged between five and 14, told of receiving an unexpected answer when he asked a class to define the difference between good and evil.

“When I asked them (children) what is the difference between good and evil, they responded that good is giving donations, feeding monks, taking the [Buddhist] Sabbath and that evil is burning the monasteries; I don’t know where they got it,” Ashin Sundara said.

“I don’t like other religious followers obviously, but I’m not teaching that to children,” said Ashin Sundara, who has been teaching at the schools for about two years after undertaking a DSF training course. 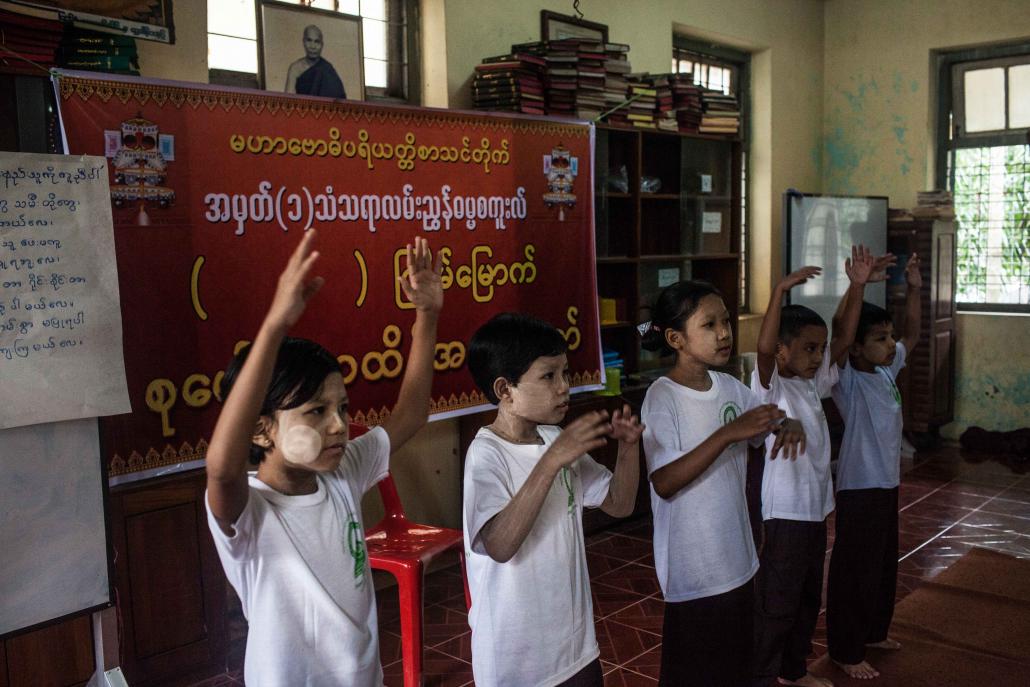 Another teacher, Ma Htet Htet, spoke of the importance of tolerance.

“I’m teaching children that you must love not only white but also black,” she said.

With children attending classes for hours, some parents have been paying close attention to what is on the curriculum.

They include Dr Thae Ei Khine, who has been asking her young siblings what they study after being told that DSF propagates religious extremism.

“I think they will be fine, but I’m still just a little bit worried because I do not want children to suffer from religious misunderstandings,” she said.

Some of the students interviewed by Frontier expressed strong opinions that did not imply perfect understanding.

For example, an attendee in Dhamma School, Mg Thet Hein Thway, 10, told Frontier, “I have Hindu friends, but I hate them because I’ve known that they step on our Buddha’s pictures.”

Ma Aye Thida Aung, 35, said she had sent her three children to a Dhamma School because she wanted them to be more polite. After two years their behaviour had improved, she said.

Ma Aye Thida Aung said her children attended an international school but did not properly understand Myanmar traditions about behaviour.

“I thought they were a little rude so I sent them to Dhamma School,” she said.

Daw Khaemarsari said DSF headquarters, which has 118 trainers for teachers and 20 office staff, has expenses of K80 million (about US$62,500) a month and relies mainly on donations and a monthly K1,000 fee from its 10,000 members for income.

“The Union Solidarity and Development Party, the military and people from the government often donate to us,” said Daw Khaemarsari, adding that the foundation also earns income from sales of its text books and guide books for teachers.

The Dhamma Schools do not pay their teachers a salary and the foundation’s 5,000 schools are financially independent, she said.

When the Dhamma School Foundation celebrated its third anniversary in May, it was reported to have received a K280 million donation from media tycoon Daw Ni Ni, who owns Skynet, and another donation of K20 million from the owner of a popular free-to-air TV channel.

The DSF has close ties with Ma Ba Tha, whose chairman, the Venerable Bhadanta Tilawka Bivamsa, popularly known as the Insein Ywarma Sayadaw, is one of the foundation’s patrons.

“I’m not a member of Ma Ba Tha or 969, but if they [Ma Ba Tha] ask to use our system to teach in their monasteries, we will provide it to them,” said Daw Khaemarsari.

U Nyanawuntha said the foundation was interested only in teaching moral education.

The Dhamma Schools were not like their counterparts in Sri Lanka, where monks take a more interventionist role in politics, he said.

The role of the schools in teaching Buddhism was welcomed by Ko Thu Rein Shwe, 26, one of the youngest candidates in next month’s election.

“It’s fine they are teaching religion … but it’s likely to be dangerous if some groups such as Ma Ba Tha are too deeply involved,” said Ko Thu Rein Shwe, a self-described atheist and National Unity Party candidate in the Pyithu Hluttaw seat of Zigon Township in Bago Region.

Correction, October 31 2019: This article has been amended to clarify the meaning of a quote. 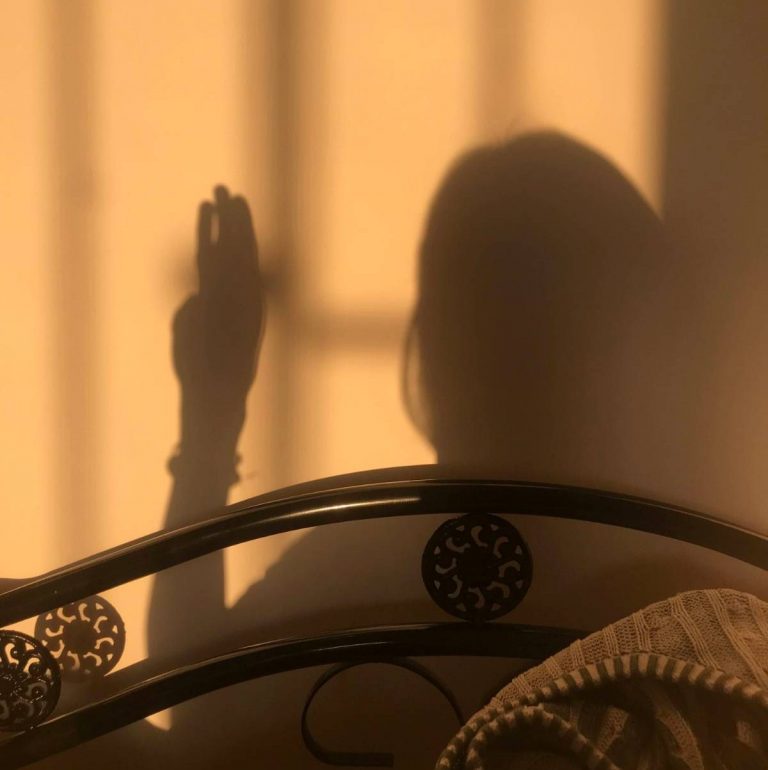