A decree enacted in 1964 has been an obstacle to the efficient management of the nation’s libraries, but that may be about to change.

WHEN U KYAW HSAN was nearing the end of his decade as information minister in 2012 he proudly liked telling anyone listening that the ministry had established 50,000 libraries under his tenure.

But not all of them functioned effectively as knowledge banks.

A survey published in 2014 by the Asia Foundation and the Myanmar Book Aid and Preservation Foundation said that of the nation’s 55,755 registered public libraries, only 4,868 – or less than 10 percent – were considered active.

One of the biggest obstacles to a flourishing network of libraries is the 1964 Library, Museum and Exhibition Monitoring Law enacted under the dictatorship of General Ne Win.

The law prohibits the performance of exhibitions at private libraries and museums, and its provisions include a ban on public gatherings near libraries, museums or memorial structures without a permit.

The law is one of many used as a weapon to stifle expression, and to arrest artists and and political activists throughout Myanmar’s modern history. The law remains in force and was used to charge performance artists who conducted a show in Mandalay as recently as May 2012. The group, which comprised of artists from Myanmar and abroad, were briefly detained before being released.

Myanmar Library Association chairman U Than Aung said the intention of the law was to curb libraries operated under the aegis of diplomatic missions, such as the British Council, American Center and Indian embassy libraries.

“Despite the law’s intention, it affected only private libraries and community libraries; it was the beginning of the end for them,” he told Frontier.

The association, established in 1994 by prominent librarian and historian U Thaw Kaung, faced countless problems when it tried to promote library management.

The remit of the 1964 law was broad and it had weaknesses in respect of library management, which is a reason why the nation’s public, community, school and private libraries, operated by a range of institutions, lack standardisation. 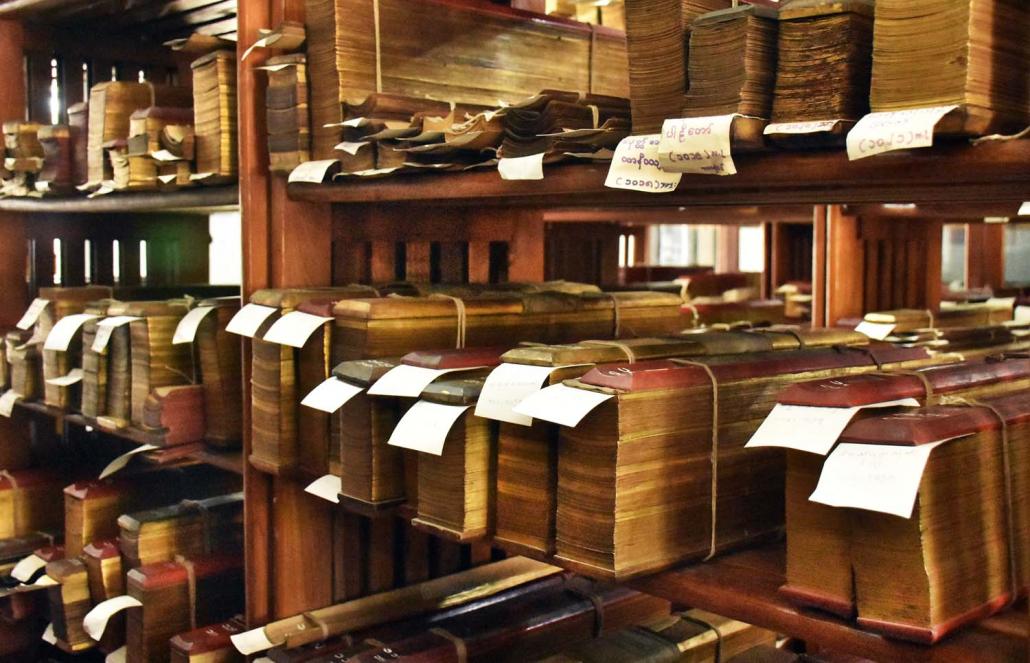 Than Aung recalled that when U Khin Nyunt was prime minister he wanted all libraries to be under the Ministry of Information and had proposed the idea at a meeting with well-known authors.

However, critics argued against such a move. Most notable of who was prominent writer Tike Soe who said that many of the ancient scripts still in existence in Myanmar today should not be under the control of one ministry, and should instead be overseen by a body that is independent from the government.

Before the 2008 Constitution was enacted, all libraries were subject to the libraries law, but under Schedule Two of the charter, states and regions were given the right to manage libraries and museums and some, including Yangon, Mandalay and Sagaing, drafted laws based on the 1964 law.

However, the situation is complicated because the constitution also gives the Pyidaungsu Hluttaw the right to enact matters listed in Schedule One, which includes the management of libraries and museums. 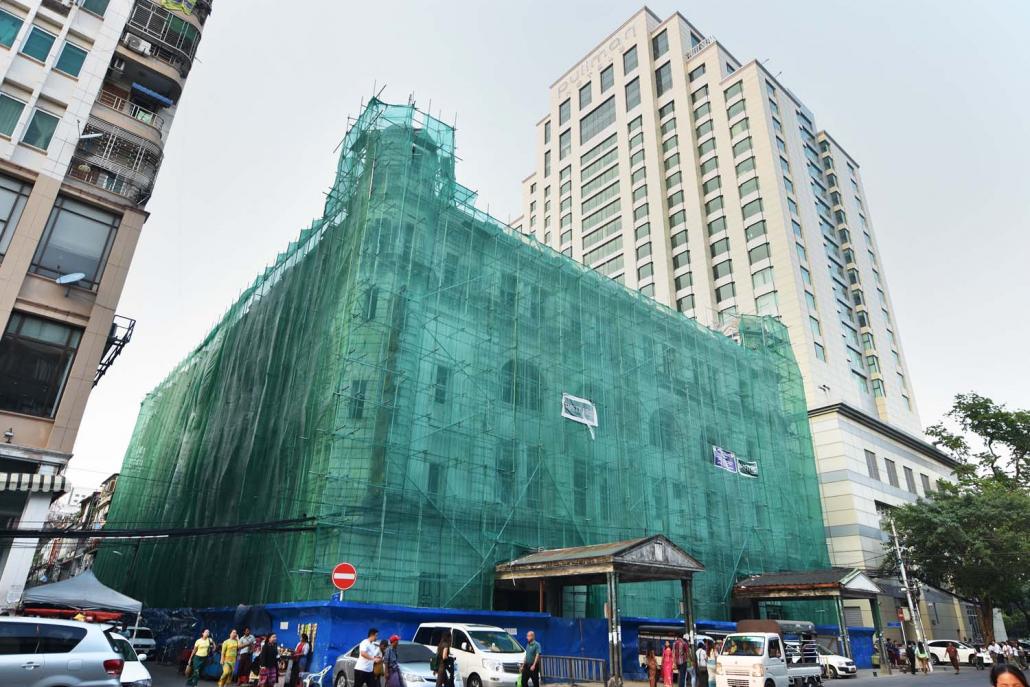 In August 2016, the government approved a proposal to relocate the National Library to the former Burmah Oil Company headquarters on Merchant Street. (Steve Tickner | Frontier)

Under the 1964 law, anyone who opens an unregistered library is liable to a maximum penalty of three years’ imprisonment and a fine of K2,000. The law also gave authority to a notorious “registration committee”, which operated when the country was under military rule and was renowned for shutting down museums, exhibitions and conferences that were not to the junta’s taste.

The Sagaing Hluttaw approved a Library Law under the U Thein Sein administration, which was under the military-linked Union Solidarity and Development Party, and the law was amended again in December 2017, by a parliament dominated by the National League for Democracy.

“We can remove many improper sections and make many changes, especially for the development of public libraries and community libraries,” said regional MP Dr Kyaw Zay Linn (NLD, Budalin-2).

There were about 6,000 public libraries in Sagaing under the Ministry of Information but only about 600 were functioning, he told Frontier.

“Almost all of them [public libraries] are just for show, but now our new law can encourage the use of libraries in the future,” Kyaw Zay Linn said.

Although the monitoring law imposed restrictions on libraries it provided no funding, unlike the legislation passed by the Sagaing Hluttaw, which supports government funding for libraries as long as they are registered.

Although many private libraries advocate strongly for abolishing the onerous registration provisions enforced under the military junta, some academics and experienced librarians favour requiring libraries to be registered, because they say that makes them better organised.

In July 2017, the 20-member Kayah Hluttaw also enacted a library law, without any debate.

“As we have very few MPs in the assembly and almost all of them are already in committees, many of the drafts don’t need to be debated when it is in session,” said state lawmaker U Yan Naing Swe (NLD, Hpasawng-2).

The by-laws for the Sagaing and Kayah library laws are pending.

Than Aung said it was clear that a new law was needed to support the establishment and development of libraries. Meanwhile, there is still a debate among Myanmar’s librarian community as to whether the National Library should be monitored under a bill that is separate to a library law that oversees the rest of the libraries in the country. 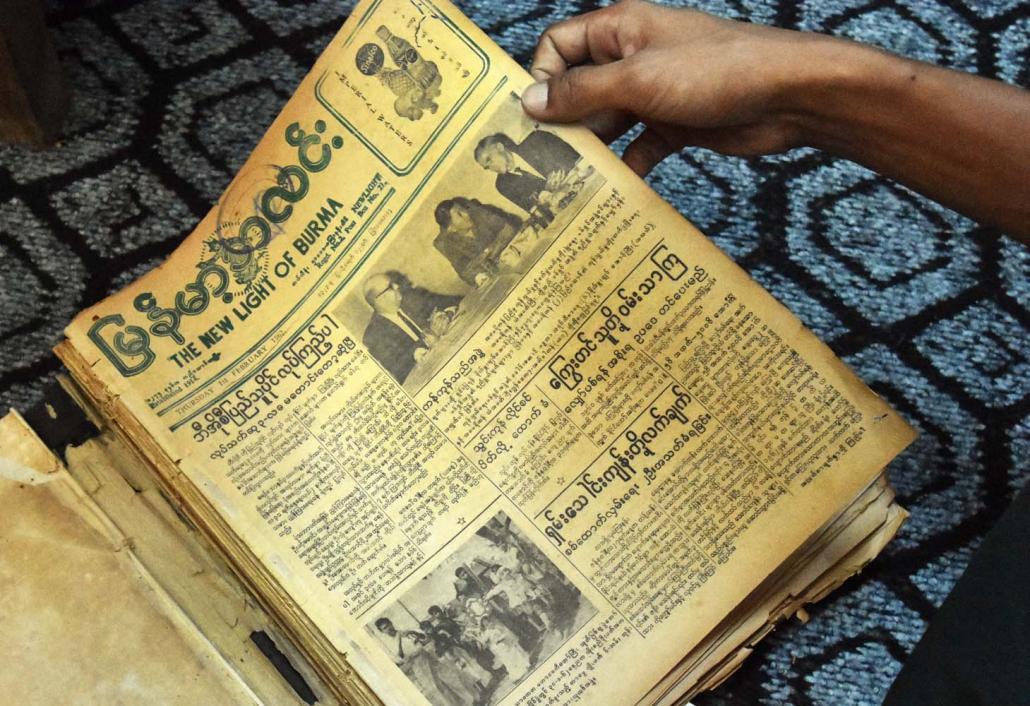 National Library director Dr Kay Thi Htwe told Frontier that she understood the release of a draft National Library Law was imminent, but was still waiting on some approvals.

The draft National Library Law was prepared by the Department of Museums and Libraries under the Ministry of Religious Affairs and Culture. The department hopes that the law, which was drafted by the ministry, will be approved soon by the Hluttaw.

Kay Htwe said that as all libraries used their own classification systems, there was no standard categorisation such as the International Standard Book Number, or ISBN.

“We [National Library] can do that; we’d like to standardise all libraries across the country,” she said.

In August 2016, the government approved a Yangon Heritage Trust proposal to relocate the National Library from Yangon’s Yankin Township to the former Burmah Oil Company headquarters in downtown Merchant Street.

Kay Thi Htwe said the new site is being prepared by the National Library with the assistance of the YHT. 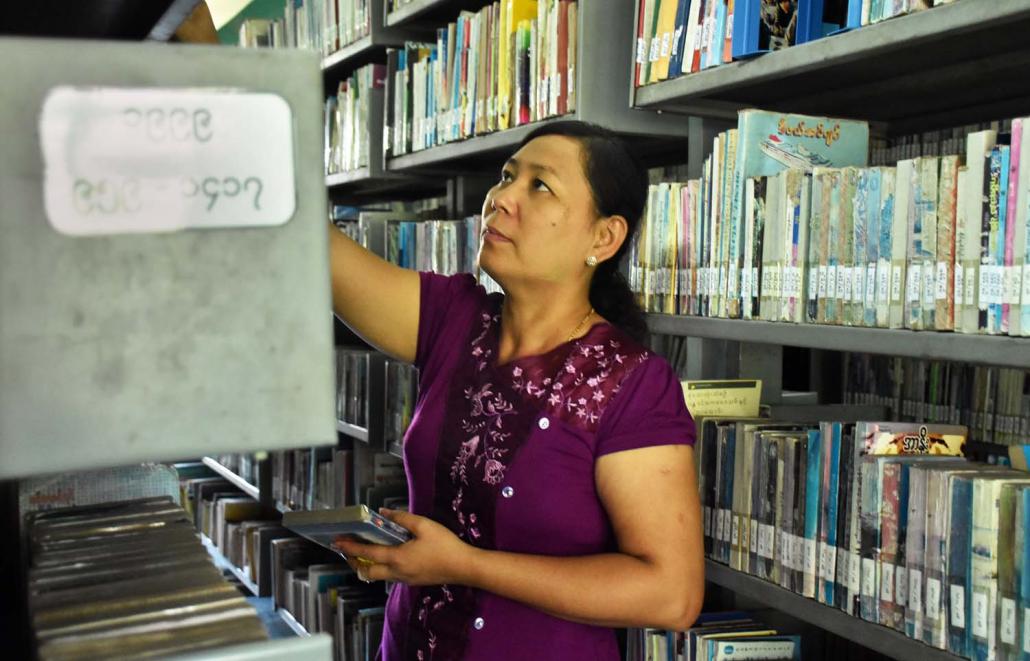 A draft National Library Law has been prepared by the Department of Museums and Libraries but it is unclear when it will be enacted. (Steve Tickner | Frontier)

“YHT is involved as a member of a relocation group, a renovation group and a domestic and international relation group,” Ma Noe Noe Aung, spokesperson of YHT, told Frontier.

The relocation of the National Library is due to be completed by the end of 2019 but it remains uncertain when the law will be enacted.

Meanwhile, the Ministry of Information, Myanmar Book Aid and Preservation Foundation, Washington-based education NGO International Research & Exchanges Board, and members of the library community are promoting a master plan aimed at modernising the nation’s 6,500 libraries.

“The master plan is a substitute for the library law. As we could not previously persuade the authorities to enact a Union-level library law, we though that this master plan would help to modernise libraries,” said Than Aung. 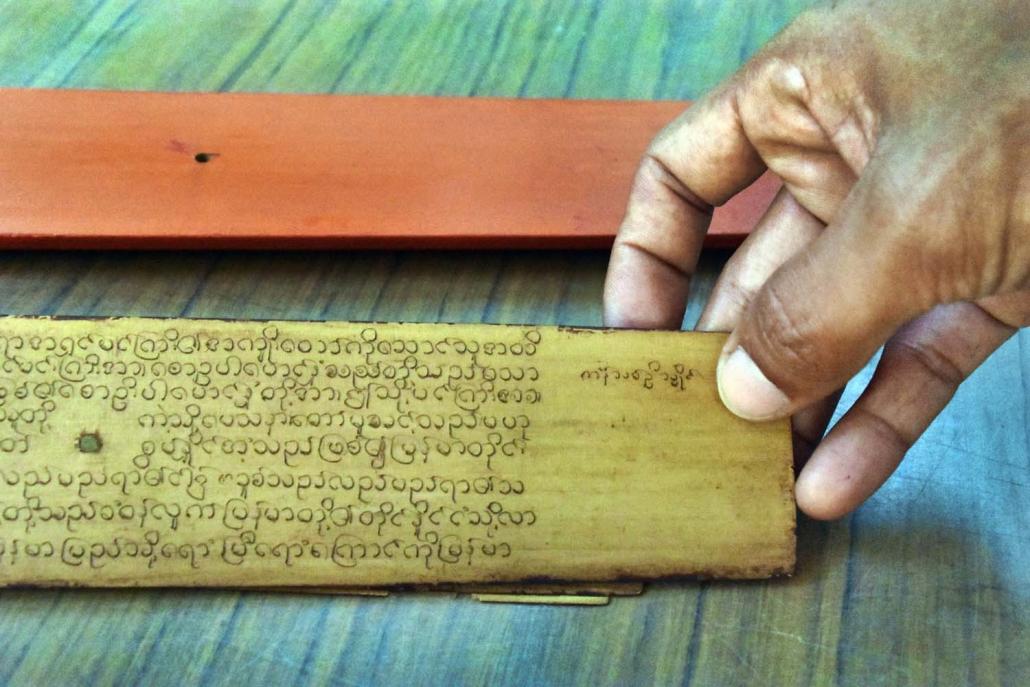 The ministry’s Information and Public Relations Department manages 414 public libraries and another 6,648 community libraries are run by local organisations.

“For the most part, libraries are now having trouble meeting the demands of a changing society,” says the master plan, submitted to the Minister for Information, U Pe Myint, in March 2017. “Libraries have not been re-envisioned in law in the last 50 years,” it says. “Librarians’ skills haven’t kept up with the information age and there is no system in place to help them adjust,” it adds.

Than Aung said the association had learned that Pe Myint had later passed on the master plan to the chief editor of Sarpay Beikman, a powerful publishing organisation.

“We don’t know what’s going on; we’ve heard nothing. That’s just the master plan, so we know nothing about the library law,” he said.