YANGON — The government’s most important non-state partner in the peace process risks a return to the conflict that brutalised Myanmar’s east for decades without a stronger commitment to political dialogue from Nay Pyi Taw, according to the author of a landmark report on Thursday.

Mr Kim Jolliffe said the Karen National Union, one of the eight non-government signatories of the previous administration’s Nationwide Ceasefire Agreement, was facing an “inevitable” return to open conflict against the Myanmar Armed Forces without a tangible commitment by the government to consider the KNU’s political demands.

While conceding “huge practical, physical and tangible benefits” from development and business activity for the estimated 800,000 people under partial or full KNU authority since the signing of a 2012 bilateral ceasefire, Jolliffe warned that the prospects for a lasting peace were low on current trends.

“If business activity continues to increase without political change, then an eventual return to conflict really seems inevitable at some point,” he said. “There are a lot of signs that if we don’t get beyond this current status quo, it’s only a matter of time before we see conflict again.”

“Nobody wants to return to wars in those areas, because the memories are so bad. But there’s a real feeling [in some quarters] that they’re being taken over and weakened and their society is being undermined by other means.”

The independent researcher was speaking at the Yangon launch of his fourth and final report into non-state governance in Myanmar, a series commissioned by the San Francisco-based Asia Foundation.

The latest report, “Ceasefires, Governance and Development: The Karen National Union in Times of Change” documents in detail the KNU’s political history and institutions, along with the divisions that have emerged between district leaders over the current peace process.

Jolliffe said that many KNU leaders remained wary of the parallels between their own situation and that of the Kachin Independence Organisation, now in the sixth year of a war that has displaced 100,000 people after the collapse of a 1994 ceasefire.

“Conditions [in KNU areas] are in some ways very similar to what we saw in KIO areas between 1994 and 2011, in that there’s a lot of business activity and development activity, continued militarisation, a creeping state that is just expanding, and a feeling among local leaders that political demands are not being taken seriously,” he said.

“Since 2012, right after the ceasefire, communities were saying … ‘We want to know it’s not going to be like the Kachin.’ The basic narrative they get hold of is that the government promised them political change, they never gave them political change, and now they’re fighting again. And now the government is much stronger against the KIO. Those fears have just continued for the last five years.”

The KNU is currently in the final week of its five-yearly congress, which will determine the group’s executive committee members and policy platform for the remainder of the Union government’s term.

Details from the congress floor have been scant in the previous two weeks. Mutu Say Poe, who has chaired the KNU since November 2012 and was one of the key brokers of initial peace talks with the government the previous year, is seeking another term at the organisation’s helm.

A copy of the report is available at The Asia Foundation website. 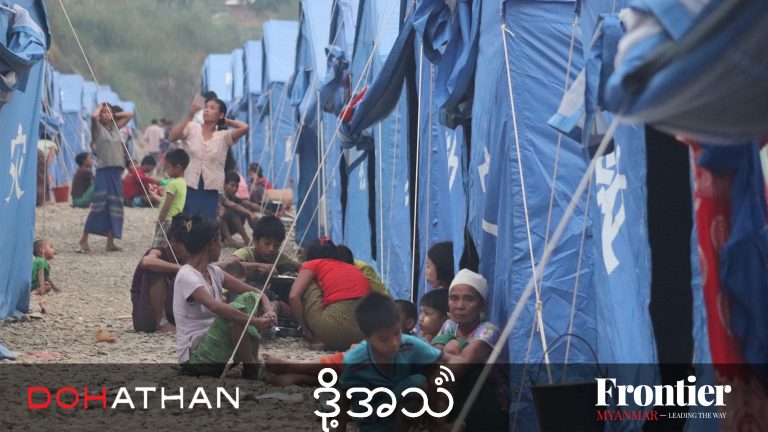 Ongoing conflict and the COVID-19 pandemic have voters in Chin State afraid to venture out to polling stations to cast ballots this November.
BY Danny Fenster