Divisions within the Karen National Union over the signing of the nationwide ceasefire last October appear to be behind the decision to postpone a leadership election until after the next Panglong conference in February.

This was billed as a changing of the guard, with the hardline elements who were previously in charge – and had been slow to warm to the government’s peace overtures – relegated in favour of a “pragmatic” faction.

Since that election, the KNU has become the government’s strongest ally in the peace process, joining seven other groups in signing the nationwide ceasefire agreement in October 2015.

This was no small feat. Kayin State has been a battlefield for almost seven decades – since Myanmar regained independence from the British – and hundreds of thousands of people have been displaced, mostly since the 1980s. Last year was probably one of the most peaceful the state has seen.

The leadership elected in 2012 has been crucial for this outcome. But their stance has not been without controversy, and there are still many critics of their policy toward the government, military and the peace process.

Prior to the 15th Congress, the early negotiations with the government had split the KNU. As head of the military, Gen Mutu Say Poe had gone further than the political leadership was comfortable with. In particular, the opening of liaison offices without the permission of the Executive Committee had brought the dispute out into the open.

In October 2012, Gen Mutu Say Poe and two other officials were sacked at a meeting of the group’s central standing committee, despite less than half of its members being in attendance. The decision was soon reversed, setting the stage for a showdown at the KNU Congress late that year. 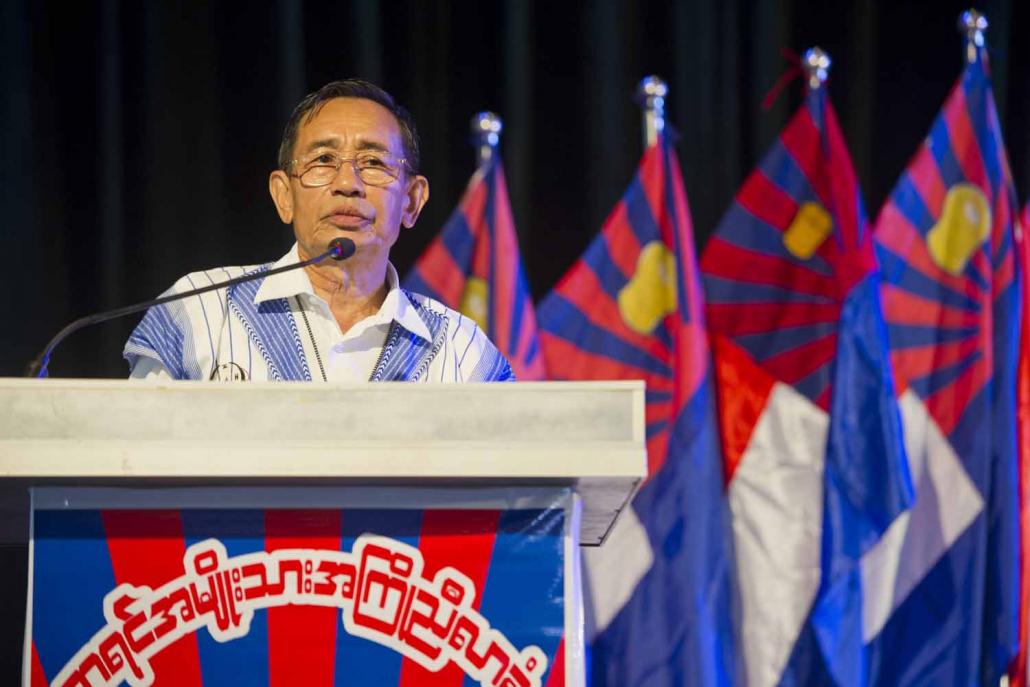 The divisions have remained apparent, however, with Zipporah Sein and her supporters aligning themselves more closely with the United Nationalities Federal Council, which the KNU quit in August 2015. Led by the Kachin Independence Organisation, the UNFC comprises armed groups that refused to sign the nationwide ceasefire

Four years on from the 2012 election, the KNU should be preparing for its 16th Congress – and a fresh vote on its leadership.

However, at a recent leadership conference at the group’s headquarters in Law Khee Lar, Kayin State, it was agreed to postpone the next congress.

While no official statement had been released at deadline and Frontier declined a request for official comment, sources said that the group’s central executive committee had decided to delay the vote for up to six months, as permitted under the KNU’s constitution. Forty-four of the 51 permanent central standing committee members attended the Law Khee Lar meeting. 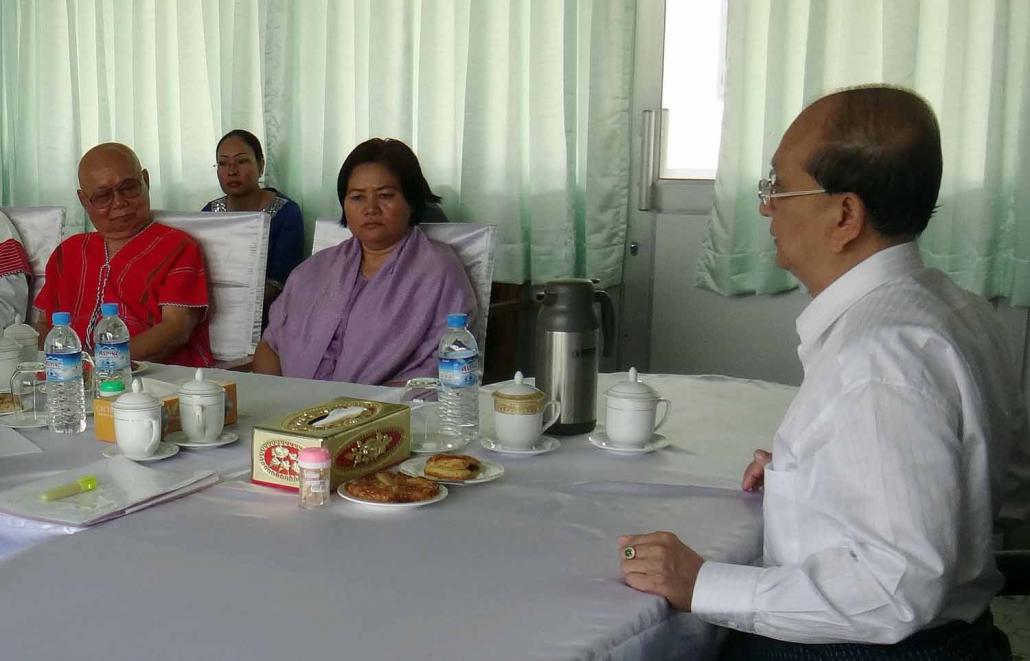 Sources within the KNU said the delay was due to concerns that a change of leadership would potentially damage the peace process. The purpose is to keep the current leadership, who have good relations with the government, in charge until after the next 21st Century Panglong Union Peace Conference, scheduled for February.

The election was shaping up as a referendum on the group’s decision to engage the previous government and sign the nationwide ceasefire.

While there have been only very isolated outbreaks of fighting between the KNU’s armed wing, the Karen National Liberation Army, and the Tatmadaw, Kayin State has not been entirely peaceful since the signing of the ceasefire.

In September, heavy fighting broke out between a splinter group of the Democratic Karen Benevolent Army – another NCA signatory – and the Tatmadaw, displacing up to 4,000 people.

KNU joint secretary 2 Padoh Mahn Mahn said the Tatmadaw was still reinforcing its positions in the state. “Though there has been no fighting, military movements have not reduced,” he said.

Political commentator and Frontier columnist Sithu Aung Myint said that while the current KNU leadership had not presided over a “perfect peace”, they had achieved a degree of success.

He added that he understood the concerns of the leadership and their decision to postpone the election.

“There might be a change toward the peace effort if the hardliners retake the lead in the KNU. It might have an adverse affect on peace process,” said Sithu Aung Myint, who has written extensively on the peace process.

But others have been more critical. Saw Alex, a spokesperson for the Karen Environmental and Social Action Network (KESAN), said he was disappointed by the decision.

“Elections are the true sign of a democratic society,” he told Frontier. 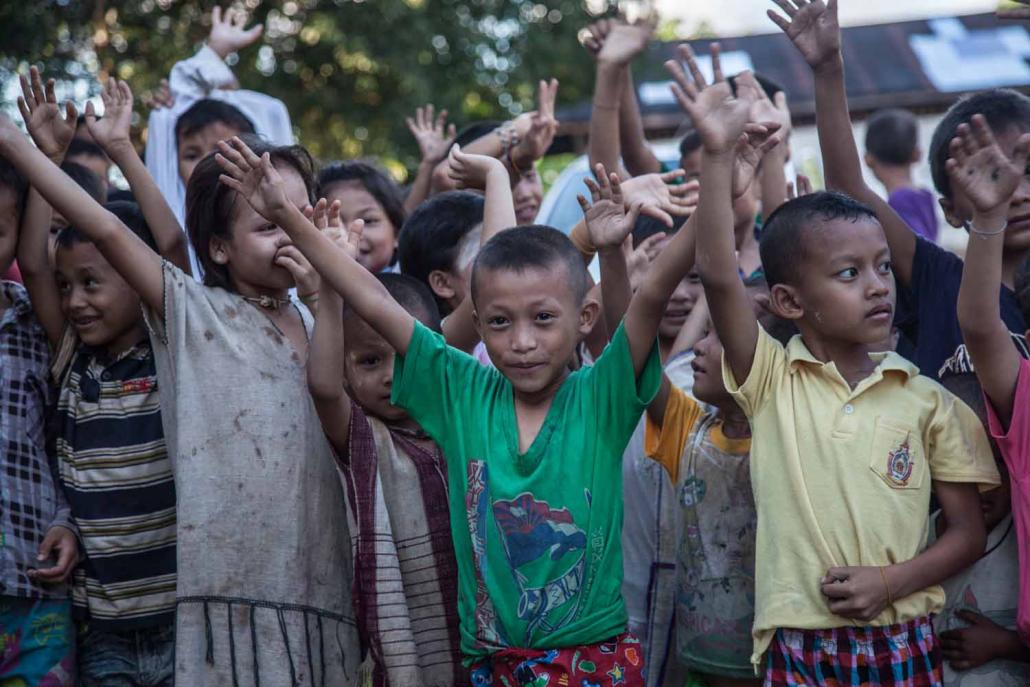 While there is some precedent for this decision – the KNU suspended three congresses under General Bo Mya in the 1980s – Saw Alex said the circumstances were very different. At that time, he said, the KNU was facing fierce Tatmadaw offensives and it was difficult to travel within the group’s territory.

“Now they are saying the postponement is not because of civil war, but the peace process,” he said. “I think it’s not only because of the peace process though – it’s also due to internal conflict. I think some KNU leaders don’t want the group’s relationship with the Myanmar government to be affected by a new leadership.”

It is unclear whether the current leadership could expect a serious challenge from the so-called hardline faction. Mr Kim Joliffe, an independent researcher focusing on ethnic politics and conflict in Myanmar, said the internal machinations of the KNU made it difficult to assess the likely outcome of a leadership vote.

“People tend to overplay the degree of factionalism in the KNU. They are not clear-cut; there are seven districts, it’s almost like a federation. The congress brings them together to set policies and choose the leadership,” he said.

“There tends to be a lot of backroom discussion beforehand and going into the congress a lot of people have a sense of how things are going to go down.”

He said attitudes toward the ceasefire among communities depend largely on whether they are in areas with a high degree of autonomy, or places where the KNU has lost a lot of autonomy since the 1990s.

If there is a leadership change and the so-called hardline faction takes control, Zipporah Sein would likely be the leader, taking either the chair or general secretary position. This shift could manifest in several ways, but Joliffe said the group was unlikely to walk away from the peace process completely.

“Even if there’s a change of leadership, we shouldn’t play into the idea that it will lead to a return to war, or some other major shift. What it might lead to is closer cooperation with other ethnic armed organisations and tougher demands in regard to the peace process,” said Joliffe, who in December will release a report for the Asia Foundation on the KNU and governance dynamics since the ceasefires.

Mahn Mahn dismissed the speculation that a leadership change could lead to problems with the peace process, stressing that the KNU was an organisation that operated based on policy, not individuals.

“Everybody yearns for peace,” he said. “Whoever is leader, the prospects for peace will not be affected.”