YANGON — In an unprecedented setback for the peace process, the Karen National Union has announced its temporary suspension from negotiations amid dissatisfaction over recent high-level talks among the government, Tatmadaw and signatories of the Nationwide Ceasefire Agreement.

It is the first time that a signatory of the NCA has suspended involvement in the peace process.

The KNU was among the seven groups that signed the NCA in October 2015, in a breakthrough for the peace process launched by President U Thein Sein in 2011. Another two groups signed the NCA early this year.

The KNU, one of the nation’s biggest and oldest armed ethnic groups, is reported to have announced its temporary suspension from peace talks in an October 27 letter to State Counsellor Daw Aung San Suu Kyi, who chairs the National Reconciliation and Peace Center.

The move by the KNU came after the high-level talks in Nay Pyi Taw on October 15 and 16 failed to achieve a breakthrough over key obstacles to a peace agreement, including the issues of non-secession and a national army.

The letter, signed by KNU chairman General Saw Mutu Say Poe, said the organisation needed to discuss the outcome of the high-level talks with its members.

It also said discussion and consensus within the KNU was needed “to reach new peace process implementation mechanisms, a framework and decision-making process”.

KNU central executive committee member Padoh Mann Nyein Maung told Frontier on October 29 that no date had been set for lifting the suspension. He said the meeting with members would be held in November.

“We are not pleased with the results from high-level peace talks,” he said.

Mann Nyein Maung said the suspension meant that the KNU would not attend planned meetings in early November of the Union Peace Dialogue Joint Committee and the Peace Process Steering Team, which comprises armed ethnic groups that have signed the NCA.

The UPDJC is due to meet in Yangon from November 1 to 3 to discuss the framework for political dialogue and the meeting of the PPST, which is chaired by the KNU, is scheduled to be held in Chiang Mai, Thailand, from November 5 to 7.

U Hla Maung Shwe, an advisor to the government’s Peace Commission, said it would not be possible to postpone the UPDJC meeting.

Political analyst U Yan Myo Thein said that the KNU’s decision to temporarily withdraw from peace talks appeared to be a demonstration, to both the military and the government, of the need to review the ongoing peace process.

“I think the KNU wants to review the process because they feel it is not moving forward. Therefore, I think it’s time to assess whether the peace process is really successful or not.”

Daw Saw Mra Yazar Lin, a central executive committee member of the Arakan Liberation Party, an NCA signatory in 2015, said the KNU’s decision to suspend its participation in peace talks is a setback for the entire peace process.

The KNU may have other reasons for the decision, she said, beyond the need to discuss the outcome of recent high-level talks.

“The chair and vice-chair [of the KNU] attended the peace talks. It is not impossible that they need to discuss the talks with their members. But in reality the high-level talks were just for show; we met to keep the momentum of the peace talks going,” she said.

The talks on October 15 and 16, which were held to try to accelerate the peace process, produced agreement on four points.

They were setting a timetable to discuss fundamental principles of democracy and a federal Union; that decision-making among stakeholders would be top-down, rather than bottom-up; that the framework for the political dialogue accompanying the peace process would be reviewed, and that NCA signatories would strive to persuade all armed ethnic groups to sign the NCA.

Political analyst U Maung Maung Soe said that the forthcoming meeting of KNU leaders, including its central executive committee, would be critical for the future of the peace process.

“We will have to wait and see, if the outcome of the KNU meeting is good or not for the peace process,” he said. Maung Maung Soe pointed to tensions between the Tatmadaw and the KNU in an area controlled by its Brigade 5 at Papun in Kayin State. The tensions have simmered since March when the Tatmadaw began building a road in the area.

Saw Mra Yazar Lin said armed ethnic groups want an end to fighting. The government and the Tatmadaw should try to ensure there is no further conflict in ethnic areas, she said.

“We don’t want fighting to happen again,” said Saw Mra Yazar Lin, who admitted that she was “confused about the current situation”.

Government spokesperson U Zaw Htay said during a press conference on Monday that the State Counsellor had received the letter and would issue instructions “soon”.

“The government has phoned KNU leaders regarding the letter and the KNU said the suspension was temporary,” he said. 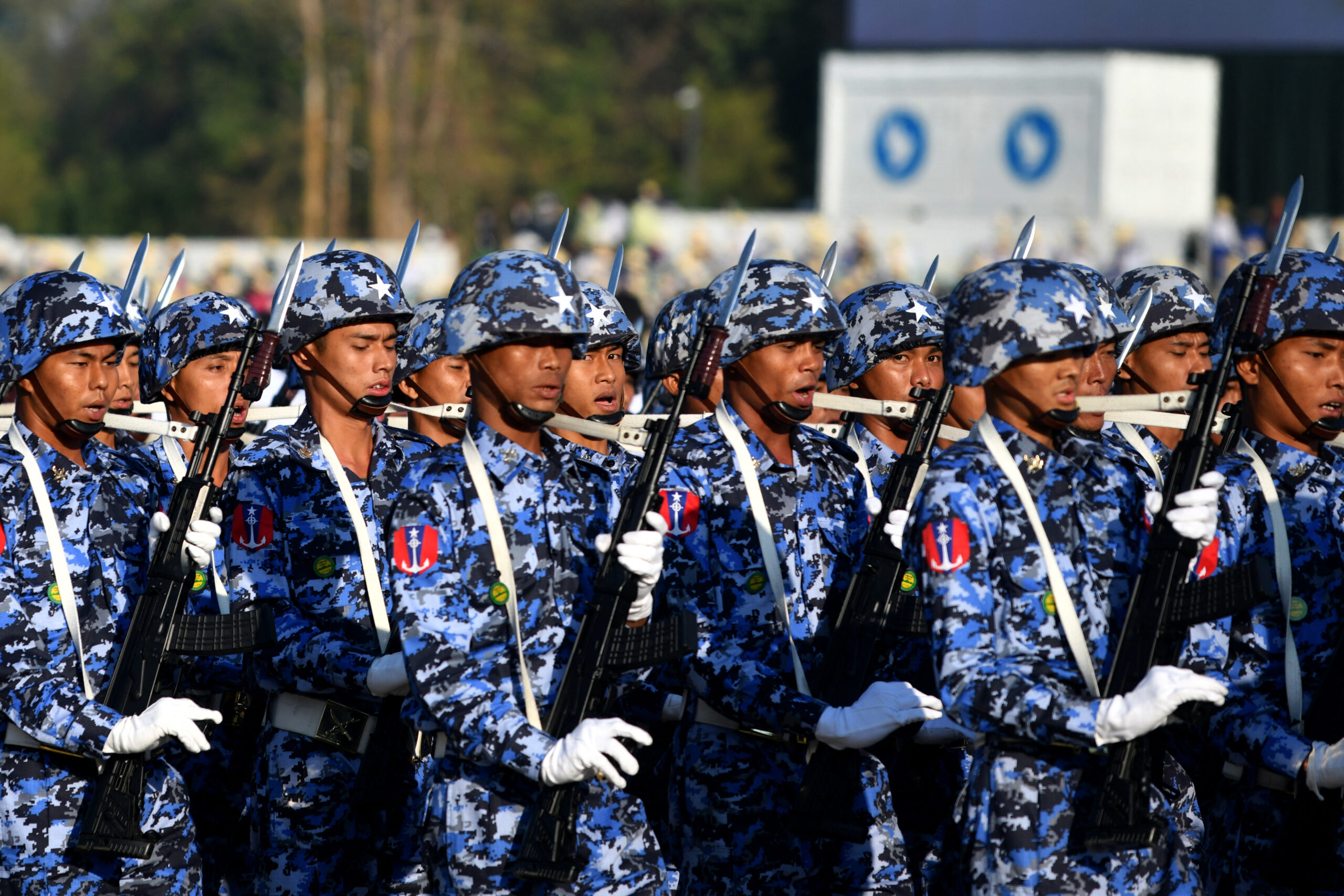