Expectations are high that the incoming NLD government will reform the prison system that has scarred the lives of hundreds of its members, many of whom are now MPs.

Myanmar has experienced many changes since independence nearly 70 years ago, but the reputation of conditions in the country’s prisons as a living hell has always lingered.

It is time for this reputation to be erased. The leaders and many supporters of the incoming National League for Democracy government have spent years in jail. Some former NLD political prisoners will soon become government ministers and vice-presidents, and one might even become the president.

Will an NLD government be able to transform prisons from places of corruption and torture to institutions that reform the character of inmates?

In the early decades after independence in 1948, the prison population included many communists and their sympathisers. During the Socialist era and in the aftermath of the 1988 national uprising against military rule, prisons became places of hell for democracy and human rights activists. The government of President U Thein Sein came to office with promises of reform but the reform of the prison system was not given priority.

Under successive military governments, student activists, dissidents and members of armed ethnic groups were sent to prison, where they were subjected to torture.

U Jolly Htun is among the thousands of citizens arrested in the crackdown after the brutal crushing of the 1988 uprising. He endured 23 years in prison; for half of that time he was forced to wear shackles. There is no justification for forcing political prisoners such as U Jolly Htun to suffer such inhumane punishment.

Previous military governments did not recognise the term “political prisoners”. The dictator General Ne Win abolished the system of classifying prisoners as A-class or B-class depending on the crimes they committed. This meant that students and dissidents were kept with murderers, rapists and robbers. Political prisoners were more likely to be subjected to torture than criminals, who also enjoyed more privileges. Criminals could bring in money and use it to arrange food supplies to supplement their diet but political prisoners had to eat poor quality rice.

The deterioration of discipline in prisons after Tatmadaw officers began being transferred to the Prisons Department has been outlined in former warden U Thein Winn’s book, The Prisons and The Public Riots. U Thein Winn worked at many jails, including Insein and Myitkyina, for the Prisons Department, renamed the Correctional Department in late 2008. The transfers to prisons of military officers affected discipline because it meant that departmental staff had little chance of being promoted, said U Thein Winn. He said salaries for prison staff should be increased to help eliminate corruption and torture in jails.

“The problem is that part of the food allotted for the prisoners is being taken by the prison staff,” U Jolly Htun said.

The salary of a warden, who is responsible for running a prison, is less than that of a factory worker. Monthly salaries for a warden range between about K93,000 and K100,000. The lowest ranked warders earn between about K75,000 and K80,000 a month.

In Myanmar prisons there is a system that allows inmates to buy positions and enjoy certain privileges in return for taking responsibility for some daily routines, such as line-ups for head counts. Inmates have to pay money to the prison authorities to acquire these roles and the system is ripe for abuse, including corruption, bullying and torture.

The highest of these positions is the person in charge of line-ups, followed by an assistant, room head, and discipline enforcer, under which are ordinary inmates.

Whenever questions are raised about conditions in Myanmar prisons, the authorities always defend them by saying they are up to international standard.

A draft law to update the colonial-era 1894 Prison Act was tabled in the outgoing parliament but had not been enacted when the term of the hluttaw expired at the end of January. The draft law did not set minimum standards of food, water and healthcare for prisoners.

Scores of MPs in the new parliament are former political prisoners and some are sure to be appointed to the new cabinet. There are high expectations that an NLD government will reform the prison system. We will have to wait and see. 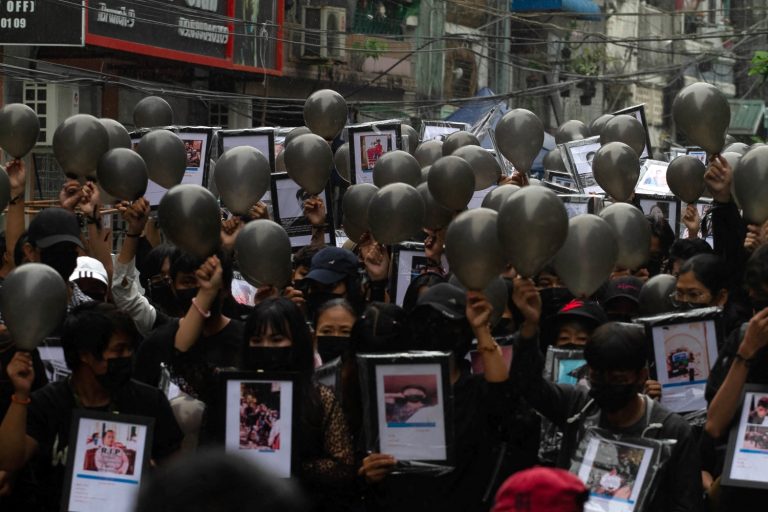 The body representing the ousted civilian government says it has gathered 180,000 pieces of evidence showing rights abuses by the Tatmadaw including torture and extrajudicial killings.
BY AFP