Independent candidates in the recent Yangon municipal election blame their losses on the decision to allow political party logos during the campaign and on ballot papers, as the head of the election commission concedes to Frontier that the contest between candidates was not fair.

THE LANDSLIDE victory of the National League for Democracy in the Yangon municipal election on March 31 has left some independent candidates complaining about an unlevel playing field.

And, in a surprise admission, the head of the Yangon City Development Committee election commission, U Aung Khine, has told Frontier he agrees the contest between candidates was not fair because of flaws in the election by-law.

While he did not specify which sections of the by-law he was referring to, Aung Khine’s comments suggest it was related to the lack of provisions regulating the use of party logos.

He said that the electoral playing field was “unbalanced” because independents had to compete against political party nominees who had the advantage of superior brand recognition.

He said some independents had performed strongly but lost to NLD candidates who could also rely on party members to support their campaign in each township.

The by-law neither prohibits nor specifically allows political party logos to be used during the YCDC election, such as in campaigning or on ballot forms.

In January, the election commission had announced that the use of party logos would be forbidden during campaigning, but reversed the decision two days later after a meeting with Yangon Region Chief Minister U Phyo Min Thein, who is also an NLD lawmaker in the regional assembly.

NLD candidates won 85 percent of all seats in the election for Yangon’s municipal authority, the YCDC, including 83 of the 99 elected seats for township municipal committees and all six of the elected seats on the 11-member top-level executive committee.

The remaining 16 seats went to independent candidates, although seven of them were aligned with the Union Solidarity and Development Party.

Five of the 11 seats on the YCDC executive committee are directly appointed by the Yangon Region government, including the seat reserved for the chairperson, who is Yangon’s mayor. The same is true for two of the five seats on each township committee. The newly created position of Yangon vice mayor, however, is chosen by committee vote from among those elected to the executive committee. 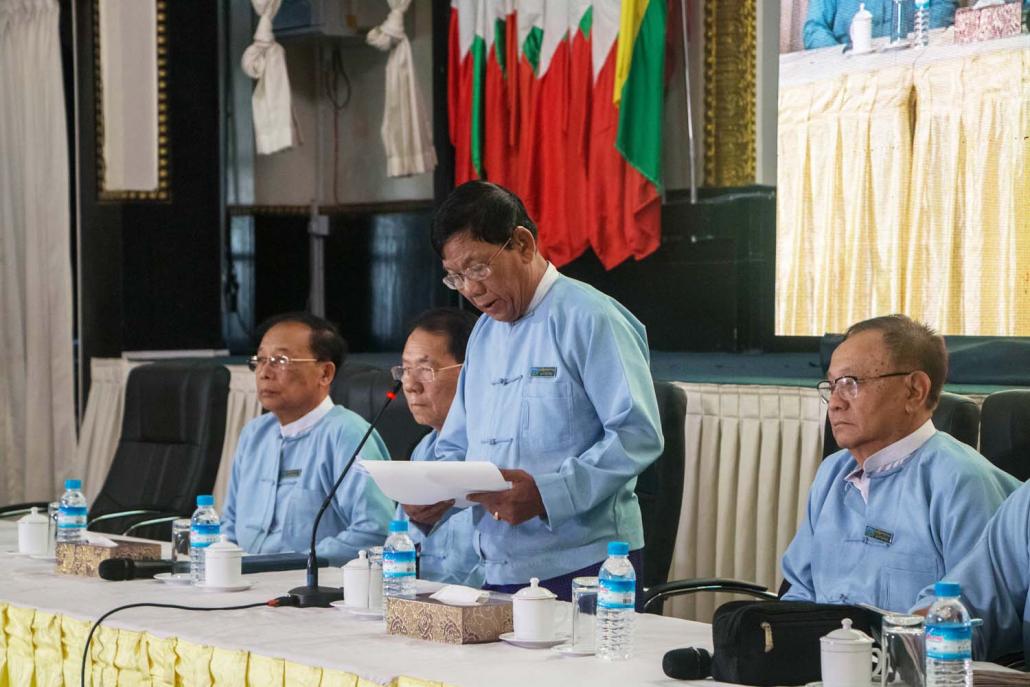 Some independent candidates complained that their opponents from the NLD or USDP had an unfair advantage because their widely recognised party logos were used on campaign materials and on ballot papers.

U Khin Hlaing, an independent who competed for a seat on the executive committee against nine other candidates in Constituency 3 in western Yangon, criticised the YCDC election commission for allowing the use of party logos in the campaign, saying it was not explicitly permitted in the law.

“I don’t understand why the commission allowed the use of logos. It really affected us [independents],” he told Frontier. “The logo was also on the ballot papers – that’s another reason why the election was not fair for us.”

Another independent in Constituency 3, Ma Htet Htet Htun, a former Miss Universe Myanmar, said the outcome of the election had dashed the hopes of the country’s youth, who wanted greater representation in government.

“In Myanmar, the young generation has not been given seats anywhere. I feel that this election breaks our hopes to do our bit for the country,” she said.

Former Yangon Region MP Daw Nyo Nyo Thin, founder of monitoring group Yangon Watch, said that while the election was free it was not fair for the independent candidates because of the use of party logos.

She said the by-law lacked clarity over this issue and criticised both the YCDC election commission and the chief minister for the about-face on using party logos.

“The chief minister misused his power,” she said. “This is the main reason why the election was unfair.”

Asked if he thought NLD candidates had been given an unfair advantage, NLD spokesperson U Aung Shin said the issue was about the law under which the election was held. If the law had banned political parties from competing and using logos in the YCDC election, the NLD would not have taken part, even covertly.

“That issue concerns the election law, not our party,” he said.

Aung Shin said some people had assumed that the NLD entered the YCDC election merely to test its popularity in Yangon ahead of the general election in 2020. Though he did not confirm this motive, he said he was satisfied with the result of the election and that it indicated the NLD would perform strongly in 2020. 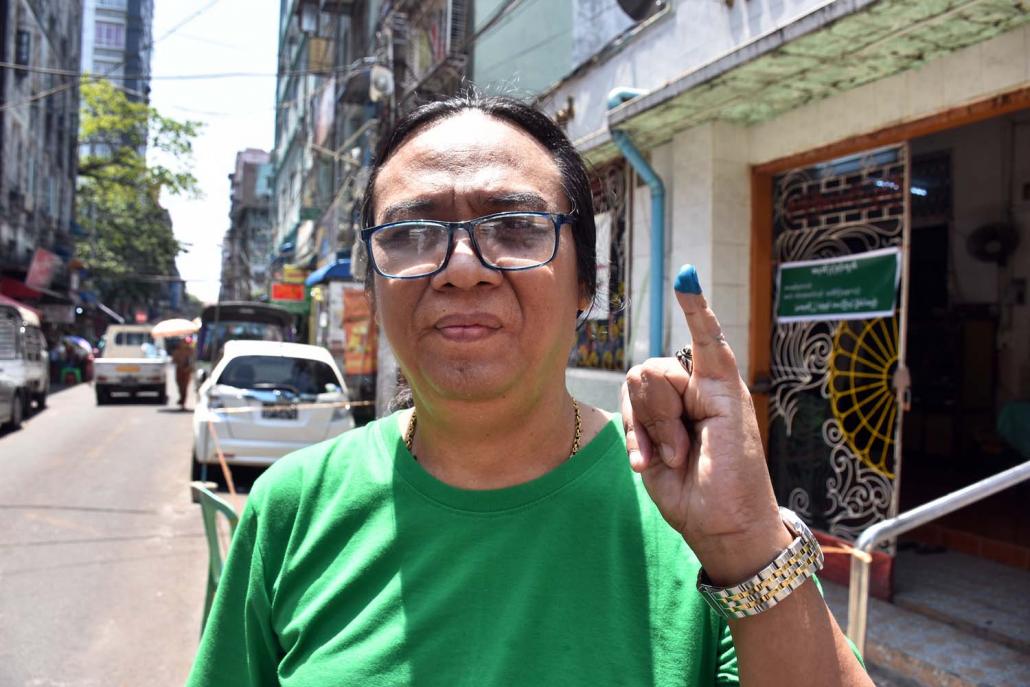 A voter shows an inked finger outside a polling station in Kyauktada Township. (Steve Tickner | Frontier)

But the party logos didn’t seem to help everyone who was entitled to use them. The USDP was the only other party to officially contest the vote, fielding 23 candidates. However, another 59 USDP members ran as independents due, the party said, to confusion over whether party logos were allowed.

None of those who used the USDP logo were successful, but seven of the USDP-affiliated independents won seats, suggesting that the party’s white chinthe (lion) on a green background might actually have been a disadvantage.

These candidates won three township-level seats in Seikkan and one each in Dagon, Yankin, Bahan and Mayangone. However, three won their seats automatically because no other candidates stood against them.

USDP spokesperson U Nandar Hla Myint told Frontier that after the YCDC election commission backflip the party had told its candidates they could choose whether or not to use the party logo on campaign materials and ballot papers.

Asked why some USDP members would choose not to use the party logo, he said, “It is their choice. You have to ask each of them.”

But he played up the USDP’s performance, saying a number of its candidates had lost their seats quite narrowly to their opponents from the NLD.

“Even if we lost, we had an almost equal number of votes in some of the townships,” Nandar Hla Myint said.

He blamed political propaganda for creating a negative image for the USDP, even though, he claimed, the party had not done anything bad.

Interest from the voting public in participating in the first municipal election in 60 years with universal adult suffrage was muted, with a turnout of only 14.77 percent of the 3.17 million eligible voters, figures from the YCDC election commission showed.

The election commission chairman, Aung Khine, attributed the low turnout to a lack of interest among city residents, and said it suggested the need for more voter education, longer campaign periods and greater media coverage.

“Only God knows why more people weren’t interested in voting in the election,” he told Frontier on April 4.

Nandar Hla Myint from the USDP expressed disappointment at the low turnout, saying it had raised doubts about the election result and was not helpful for the country.

He suggested that the turnout indicated people were getting fed up with politics.

Aung Shin from the NLD said the low turnout, while concerning, was likely due to the perception that there was little at stake, unlike in a general election. 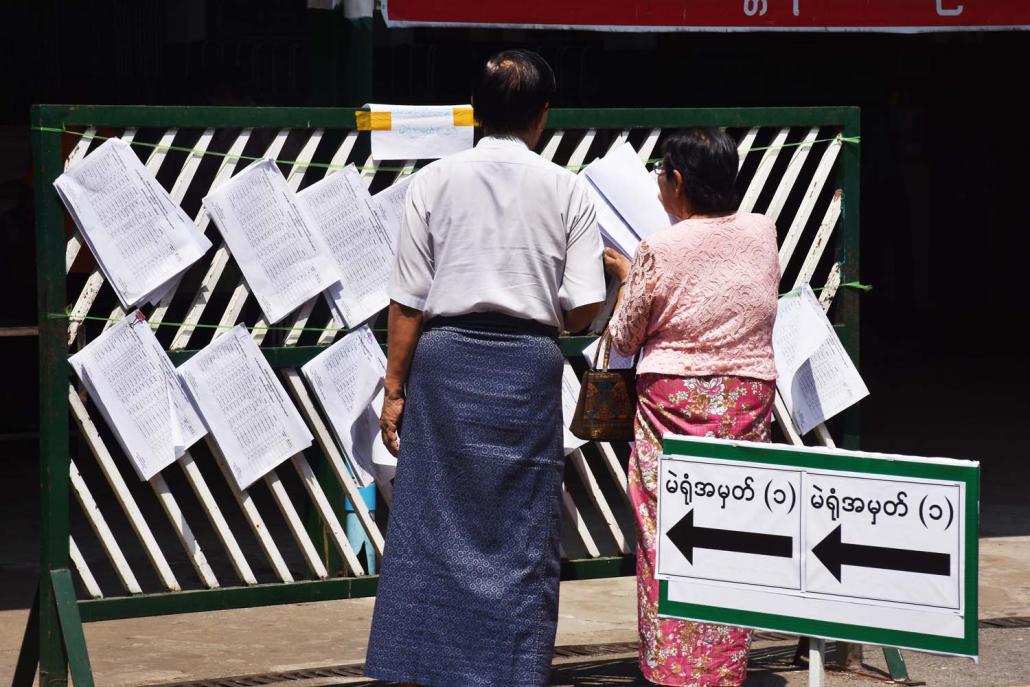 Nyo Nyo Thin said the public should not have high expectations for the YCDC in the aftermath of the election because the best candidates did not win seats.

“The changes will be fewer than with the previous committee; we should not expect too much,” she told Frontier.

Khin Hlaing was scathing about the prospects for municipal reform under a YCDC dominated by the NLD. He said the election result meant that all 11 members of the YCDC executive committee would effectively be aligned to the NLD, because the five unelected members, including the chairman, are appointed by the Yangon Region government, whose members were chosen by the president, an NLD stalwart.

Khin Hlaing predicted that the success of the YCDC under the NLD would be “zero percent”.

“There will not be any changes and development in Yangon because of the NLD’s YCDC,” he said.

But the new deputy mayor U Soe Lwin, 65, said Yangon residents would soon see tangible improvements as a result of the election.

The NLD’s Soe Lwin, who was elected to the executive committee from Constituency 3 in the March 31 election, was voted deputy mayor by the committee on April 8.

He told Frontier his priorities as deputy mayor would be alleviating traffic congestion and addressing the city’s street dog problem.

“I will try my best for Yangon,” he added.