The political transition has brought far-reaching change to Myanmar, but for tens of thousands of refugees in camps in Thailand life remains in limbo.

About 10,000 people came up as missing last year when Thailand and the United Nations counted every refugee left in the nine camps just across the border. They hadn’t been resettled abroad, nor had they turned in their ration cards and been officially repatriated to Myanmar.

They were just gone, slipped through a hole in an old camp fence, found a boat to take them over the shallow Moei River and vanished into the jungles of Kayin State.

Of course, they kept their refugee documents and ration cards, just in case they wanted to slip back and re-join the more than 110,000 “displaced people” in “temporary shelters” as they are called by Thailand, which never signed the 1951 UN Refugee Convention.

Yet these temporary shelters have been standing since the 1980s, long enough for the first comers to have children and grandchildren in the camps, long enough for countless magazine stories and documentaries, and possibly long enough even to outlast the vicious conflicts that first sent them there.

A race against time, in which in any year or month Thai authorities will suddenly decide to shut down the camps and send everyone packing ready or not, to a wild, landmine-infested jungle, is how decades of speculation have painted the situation.

“[Rumours are] sometimes fueled by NGOs or CBOs who hear this and they spread it: ‘Tell all the refugees that the camps are going to be closed because they’re doing the military head count!’ It’s irresponsible,” said Mr Hall.

He insisted that this is false and that Thailand has and does honour the right of displaced people to a safe, dignified and, especially, voluntary return, UN convention or not. He said the hearsay escalated after the Karen National Union signed a ceasefire with the government in 2012, and reached a crescendo after Thailand’s 2014 coup, when the military began a physical headcount of the camp residents.

Instead, the decision-makers, he explained, will be the refugees themselves, especially their leaders. Each camp contains its own leadership committee, which in turn is overseen by the Karen Refugee Committee, a semi-political body with ties to the KNU.

The KRC has no authority to order anyone home, but in a culture with deep respect for leadership, a word from the top would invariably set things in motion.

Thus, the question is, what are they waiting for? “If we go back, we won’t have the land,” said KRC chairman Pastor Robert Htwe, who crossed the border in 1975 to minister to displaced Karen Christians.

Land is a problem and a significant amount of is heavily mined. Despite the recent multi-party ceasefire, large tracts in Kayin and Kayah states remain in volatile political limbo as the KNU, Democratic Karen Benevolent Army and Tatmadaw hammer out boundaries. There are decades-old ownership and title disputes to untangle. In some places, untamed bush covers where thriving villages once stood.

The exiles can re-plant and rebuild, said Pastor Htwe; Myanmar’s hill tribes, if anything, are capable and resilient. But ‘land’ for him and his people is bigger than titles, soil and hidden bombs. ‘Land’ means security, and within the old, tattered camp fences, people can still find some sort of healthcare, they can still send their children to school, and, most importantly, they can know that these things will probably not go away, despite the endemic rumour mill.

They cannot say the same for anywhere across the Moei River.

The signs are encouraging. The KNU and the Myanmar government finally seem to be working together and there’s reason for optimism. But after decades of having promises delivered and then broken, Pastor Htwe and his people have become accustomed to biding their time.

“Many people, they want to go back, but we don’t know our future,” he said.

Even “going back” means different things to different people. The majority want to eventually return home rather than being resettled in a third country, a consensus cited by Pastor Htwe and supported by UNHCR surveys. Some want to return to their own villages. Others want to stay together, to preserve the deep-rooted communities that have formed in the camps. Families have joined and joined again; new clans and even subcultures have emerged. Some talk about simply packing up their huts and rebuilding them on Kayin soil.

It’s a pipe dream, said Pastor Htwe. He said discussions within and among the KRC, KNU, Myanmar government and other parties all prioritise sending people back to their original villages, if possible. “If we return, we cannot stay together like in the camp.”

More troubling for Pastor Htwe are those who do not wish to return at all.

“[Now] there are a lot of ethnicities,” he said. “After resettlement in 2005, a lot of people came from Burma for the resettling, not as refugees.”

He is referring to when the Thai government, with UN assistance, began resettling registered camp members en masse to countries such as the United States and Australia. Supposedly to curb opportunistic migration it also limited new camp registrations to special cases, such as people with certain medical conditions or at risk of gender-based violence. It resulted in something of a divide in the camp community between the registered old guard and unregistered newcomers.

Pastor Htwe believes the unregistered population, on the whole, has strengthened the idea that the refugees are only looking for a ticket to the West. “They will tell you, ‘We don’t want to come back.’” This in turn has made it more difficult to retain the interest of outside donors and supporters.

Daw Moe Moe Win has lived for 10 years in sprawling Mae La camp near Mae Sot. She is Chin, but her husband is Karen. She has fled conflict twice, she said, first from Chin State, and then, after studying English in Yangon, from her husband’s village in Kayin.

They are unregistered, having arrived at the camp a month before registration ended, but Daw Moe Moe Win said she was not there only because of the possibility of being resettled abroad. Even if she was, years of camp life would not be worth it.

“We don’t want to be a refugee. People look down on us,” she said. “I’ve lived in Mae La ten years and I have only been out [in the city] maybe ten times.”

She and her husband want to return to Myanmar, but they wouldn’t say “no” to somewhere else either. “Where is safe? That is the first priority.”

Myanmar is not safe, not in her mind or the minds of her fellow refugees, despite the ceasefire. “When I was growing up, I saw ceasefire. At that time they said ‘ceasefire,’ but they destroyed the Chin land, the Chin people.”

The war in Kayin was a 70-year conflict, fraught with bullets and torched homes, as well as also broken promises and dashed hopes. The situation is tense in many of the newly-stable conflict zones. The newspapers might say peace while packs of zealous soldiers-turned-bandits seek revenge in the jungle, and old land mines still cripple children. The fear, at least, is enough to keep Daw Moe Moe Win in the camp.

Mr Hall agrees with focusing on repatriation rather than resettlement elsewhere. “Resettlement is a protection solution. We’re not a travel club,” he said.

But he believes most camp residents, including those who are unregistered, do not want to move on to a third country. About half of those left in the nine camps are still registered, yet requests for resettlement abroad have plummeted in recent years.

In other words, there are thousands of people who have been offered a free pass to a third country and said “no.”

“That told us something,” said Mr Hall. “We think the majority would like to go home.”

And the feeling is growing, especially as a new generation emerges in the camps. 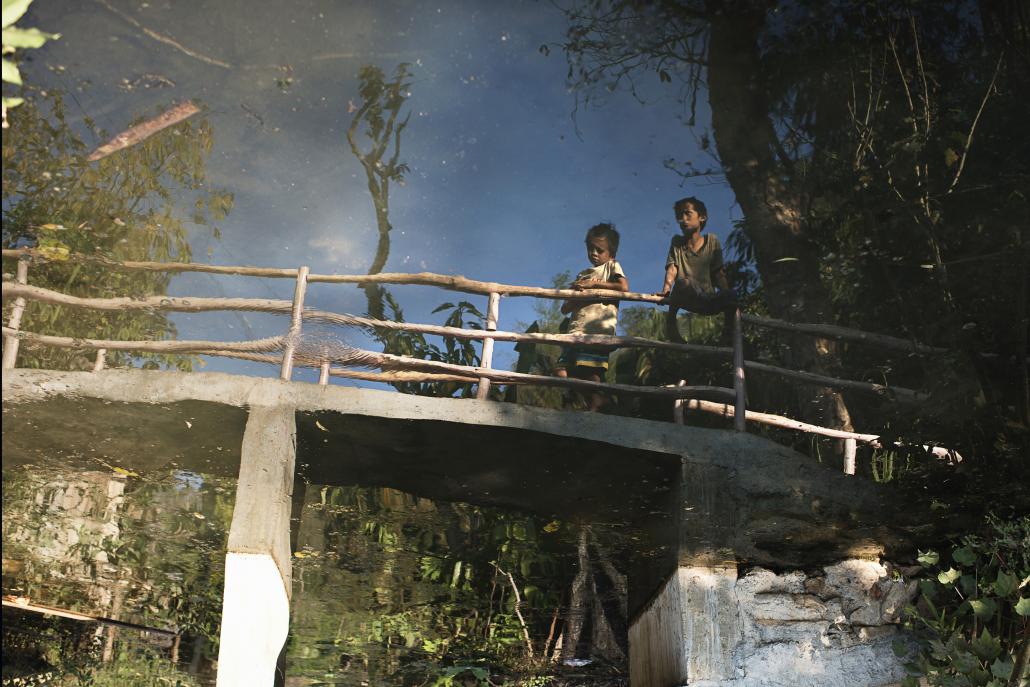 The missing people were most likely what the UN calls “self-assisted returns,” people who just pack up and leave without alerting the KRC, the UN, Thai security or anyone else.

“They often tend to be the most successful. Why? Because they don’t need the support. Because they made the decision without anyone badgering them,” said Mr Hall.

He said they usually keep their refugee documents and ration cards “just in case,” and sometimes drift back across the Moei River to visit friends and family in the camp and bring news from home.

This is the exodus we can expect for now: Not floodgates opening, but a trickle of people wandering over to the other side to see how things are, gradually dissolving the barrier between camp and country.

“A lot of them have just had enough.”