In Taunggyi, a witness to history

A nonagenarian reporter in Shan State recalls covering the historic 1947 Panglong Conference and incurring the wrath of British colonial authorities.

IT WAS about 8am on January 15, 1947, and a crowd of several thousand had gathered in brisk weather on open ground east of the market in the Shan State capital, Taunggyi.

Shops, factories, businesses and schools had closed and farmers had left their fields to attend the rally, which also attracted the residents of towns such as Hopong and Nyaung Shwe.

The rally, at which speakers’ calls for unconditional independence, ethnic unity and fighting imperialism received rapturous applause, was an important prelude to the agreement on a formula for federalism signed in nearby Panglong the next month by Bogyoke Aung San and Shan, Kachin and Chin leaders, an event celebrated on February 12 each year as Union Day.

Aung San was far from his motherland when the Taunggyi rally took place. He was in London for negotiations with the British Prime Minister, Mr Clement Attlee, that produced an agreement on January 27, 1947, for Burma to become independent within a year. 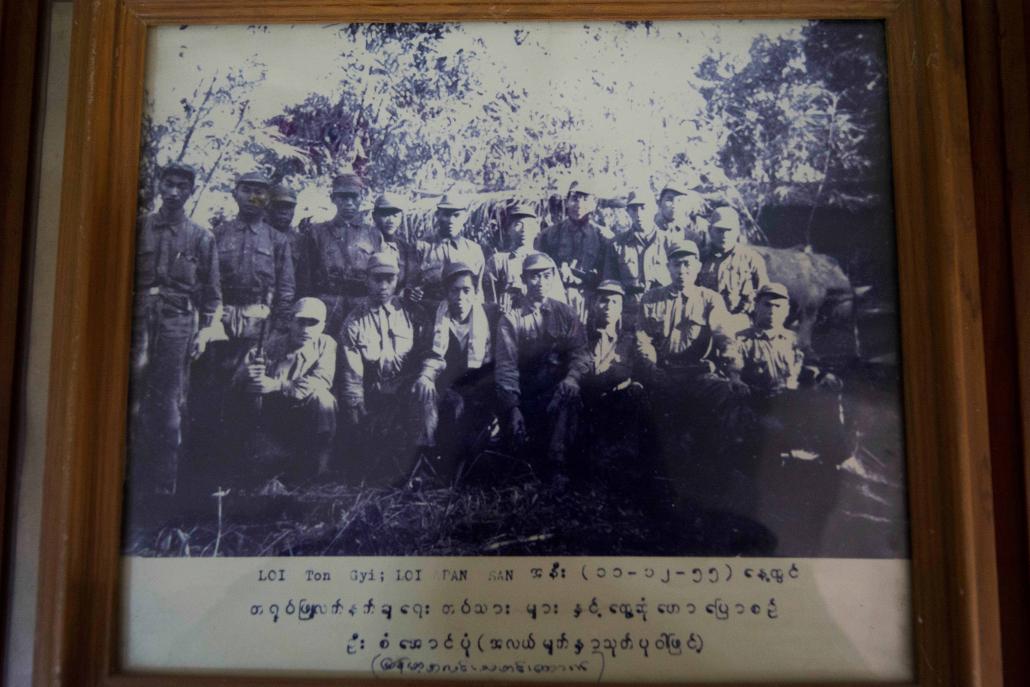 The Bogyoke had encountered an obstacle in the negotiations that the public meeting in Taunggyi helped to resolve.

A telegram had been received from London. The British apparently did not believe that the Shan saophas, the state’s hereditary leaders, supported Bogyoke Aung San to negotiate for an independent Burmese state that included their territory.

The public meeting convinced the British that Bogyoke Aung San had the support of the people of Shan State. The Panglong conference the following month resulted in an agreement paving the way for independence the following year.

The rally and the Panglong Conference were exciting times for a Taunggyi native, U San Aung, 93, who covered both events as an honorary reporter for vernacular publication Myanma Alin, the country’s oldest newspaper.

San Aung had begun contributing stories to the newspaper when was a 15-year-old student at the American Baptist Missionary School in Taunggyi.

“After a news item I had written was accepted for publication by Myanma Alin, I was asked to become an honorary reporter and I accepted,” he said.

It was often difficult being a reporter under colonial rule. San Aung was wary of township and district officials. 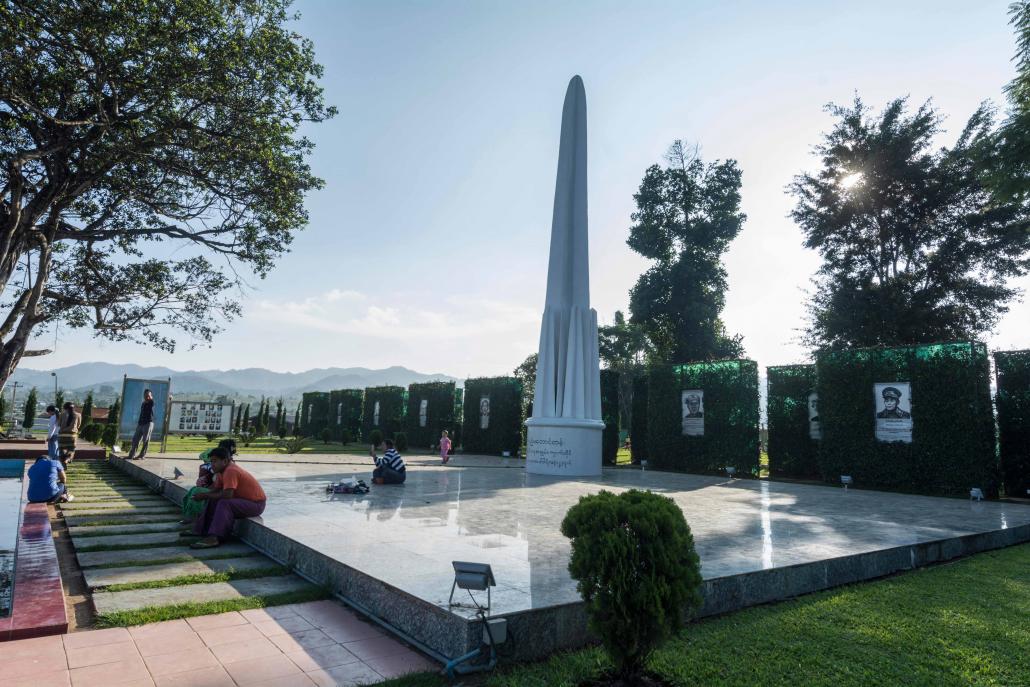 A monument in Panglong, Shan State, that commemorates the landmark Panglong Agreement in 1947. (Teza Hlaing / Frontier)

He was careful to keep a low profile when conducting interviews for Nyi Nyaut Yae A Yay Taw Pone (Pinlong Atwin Yae), his book about the key players in the Panglong Conference that has been re-printed four times.

One story he wrote incurred the wrath of the colonial authorities, and as he put it in a recent lively interview devoted mainly to politics and journalism, had made him “an absconder from the law”.

During a visit in 1946 to the Mwedaw Pagoda at Hopong, about 22 kilometres east of Taunggyi, San Aung encountered a group of about 50 starving Pa-O adults and children in the monastery compound who were existing on discarded leftover food.

He filed a report to Myanma Alin and it ran the news on the front page under the heading: “Ethnic Pa-O people in Shan State have no rice and have to eat leftovers”.

The British colonial authorities were incensed by the report, San Aung said, and the Governor instructed the Frontier Secretary to investigate.

The colonial authorities told Myanma Alin it had two weeks to verify the report or face legal action. San Aung was notified that if he was found guilty of spreading disinformation he would be held in confinement at Kalay, in the far west of what is now Sagaing Region on the other side of the country.

Myanma Alin assigned San Aung to gather evidence to substantiate his report and he travelled to Hopong by bicycle before heading on foot into the nearby mountains to the Pa-O area affected by the food supply crisis.

When he arrived at Sngor village, the headman, U Phoe Hein, told San Aung that its residents were starving because the road to the community had been cut, preventing the delivery of rice and other necessities.

A total of 80 people had died, some from starvation and others from eating poisonous roots and leaves.

Phoe Hein provided San Aung with a list, signed by other village elders, of the 80 victims. He made his way back to Taunggyi to file a report to Myanma Alin and the next day travelled to Rangoon. The day after he arrived in the capital, Myanma Alin published the list of the 80 starvation victims on its front page. Myanma Alin and San Aung were exonerated.

The colonial authorities sent a convoy of trucks carrying food and other emergency supplies to the affected area.

As well as being a journalist, San Aung was active in politics and in the second election after independence in 1952 was elected to the Union Parliament to represent Pa-O constituency No. 3 in Shan State.

He was also involved in preparing Burma’s formal complaint to the United Nations in March 1953 about the intrusion on its territory of Chinese Nationalist Kuomintang forces after their defeat by the Communist People’s Liberation Army in 1949.

San Aung had been able to provide Chinese-language documents found in the knapsacks on KMT troops that proved their existence on Burmese territory.

San Aung, who said he continues to regard himself as a reporter, is confined to a wheelchair but enjoys good health. He spends much of his time at home, receiving old friends, fromer colleagues and relatives.

A veteran reporter who covered the 1947 Panglong Conference, San Aung said the only way to end civil conflict in Myanmar was to amend the 2008 Constitution and introduce a federal Union.

“As long as the constitution needs amending,” he said, “the fighting will continue.”

Top photo: U San Aung, who covered the Panglong Conference in 1947 as a reporter for Myanma Alin, the country’s oldest newspaper. (Teza Hlaing / Frontier)