In Namtu, an empty town open to visitors

A township in the Shan hills that once produced most of the world’s lead, and much of its silver, is eager to share its fascinating history with visitors from near and far.

ROWS OF wild sunflowers growing on the edge of hillside farms grab your attention as soon as you enter Namtu Township on the road from Lashio, a drive of about two hours that passes through countless quiet villages in this remote part of northern Shan State.

The township was once one of the country’s most developed, and is famous for the Namtu and Bawdwin mines (featured in last week’s issue), which before World War II were the world’s main source of lead, a major source of silver and a supplier of zinc and nickel. Enterprising Chinese operated silver mines in the area for hundreds of years until they encountered problems with ground-water levels.

The British revived the mines in the 1880s and the biggest were operated by the Burma Corporation, which was nationalised in 1962 and taken over by the No. 1 Mining Enterprise under the Ministry of Mines. 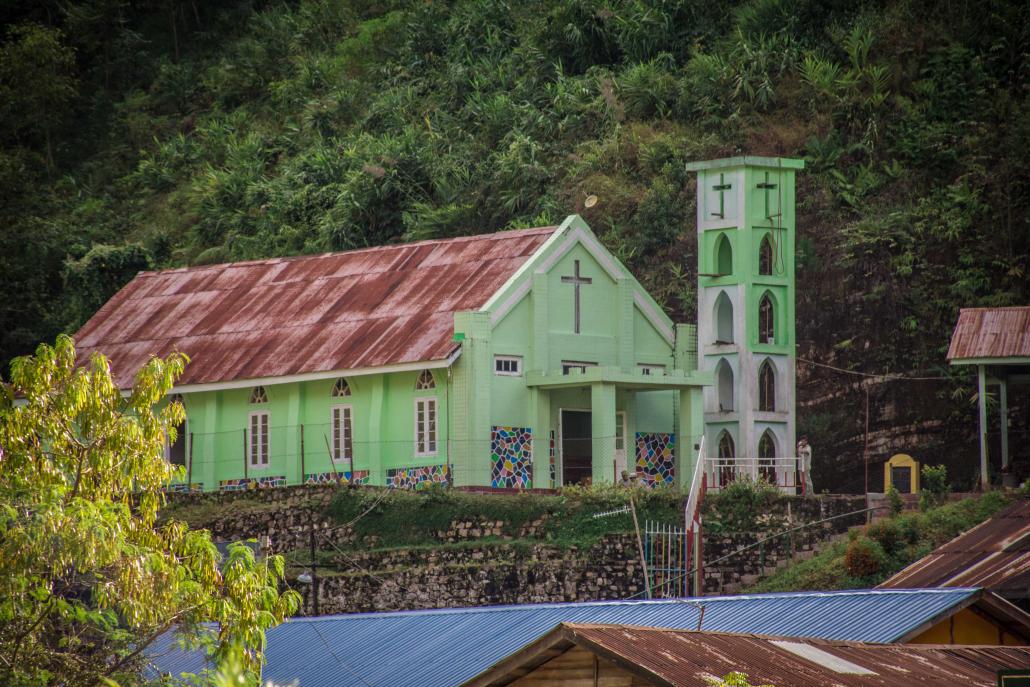 Namtu in northern Shan State has a rich and fascinating history, and residents hope to attract more visitors from Myanmar and abroad. (Theint Mon Soe aka J | Frontier)

From the British colonial era to the late 1950s, when Namtu was thriving as one of the world’s most important mining centres, the town even had its own airfield. Today it lies overgrown and almost forgotten.

However, some residents are keen to revive the glory days that Namtu enjoyed from the turn of the century to the first decade after independence in 1948 in the hope of attracting more tourists interested in the area’s rich and fascinating history.

During the boom years, a feature of Namtu and the more industrial Bawdwin area was the number of recreational facilities used by the British and other foreigners. These included the American Mr Herbert Hoover, who was an early investor in the mines before becoming the 31st president of the United States in 1929. The facilities included bowling clubs, badminton courts, swimming pools and polo fields. 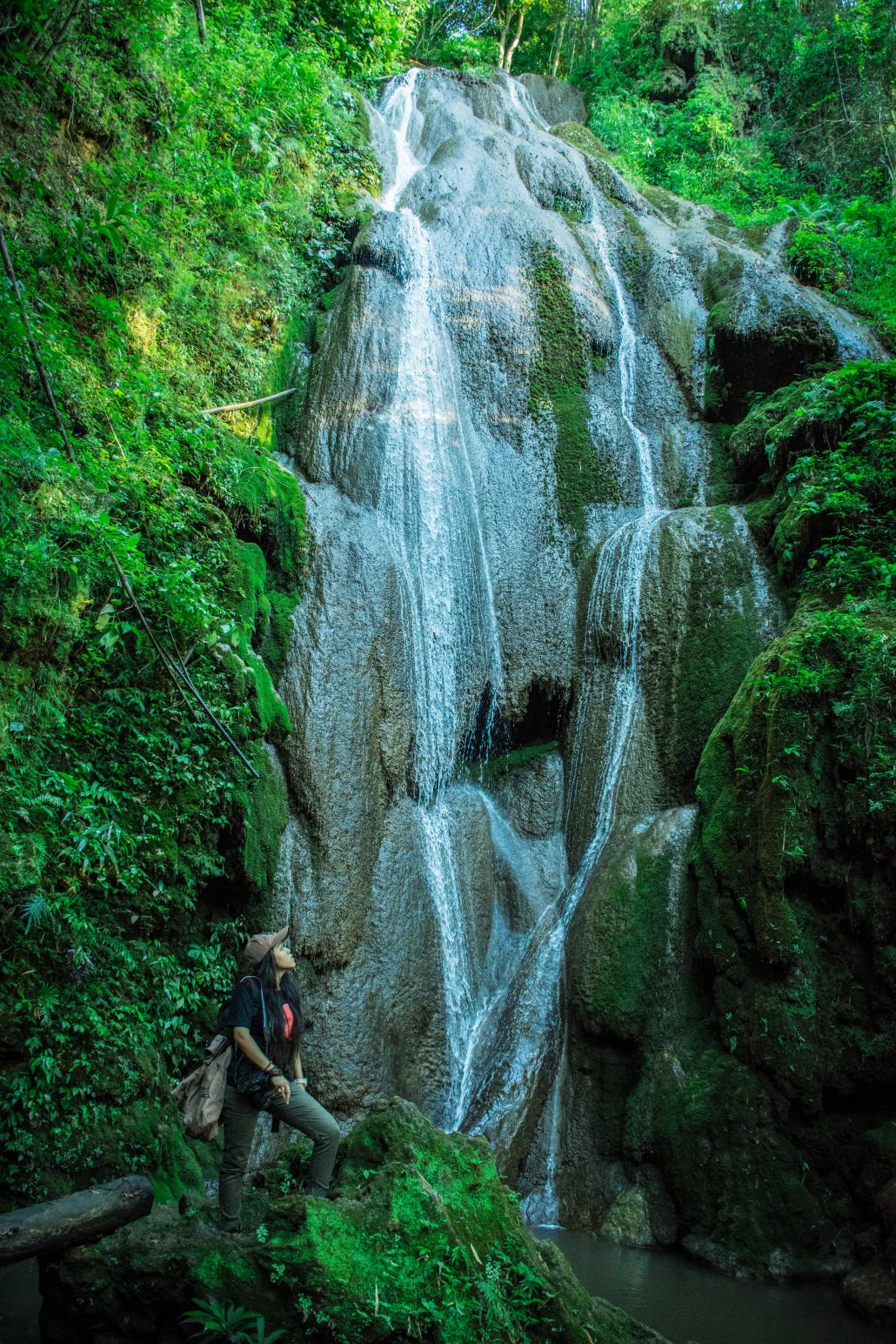 Namtu went into decline when the mines were nationalised after General Ne Win seized power in a 1962 coup d’etat, but some of the town’s middle-class residents want it to be developed as a tourist destination. They say revenue from tourism would contribute to the town’s development regardless of whether a plan by an Australian-listed company to reopen the mine is successful.

The previous Union Solidarity and Development Party government wanted to develop Namtu Township as a tourism zone centered on the historically-famous Tiger Camp near Bawdwin, site of an eponymous mine, but the plan seems to have been shelved since the change of power in 2016.

Foreigners visiting Namtu are restricted to the downtown area, which means they cannot travel to the many interesting sites in the surrounding area. They include nearby Bawdwin and its attractions, such as the Marmion Shaft and steam locomotives that run on a narrow- gauge track. Locals say some foreigners have managed to reach Bawdwin and a few rode the locomotives. 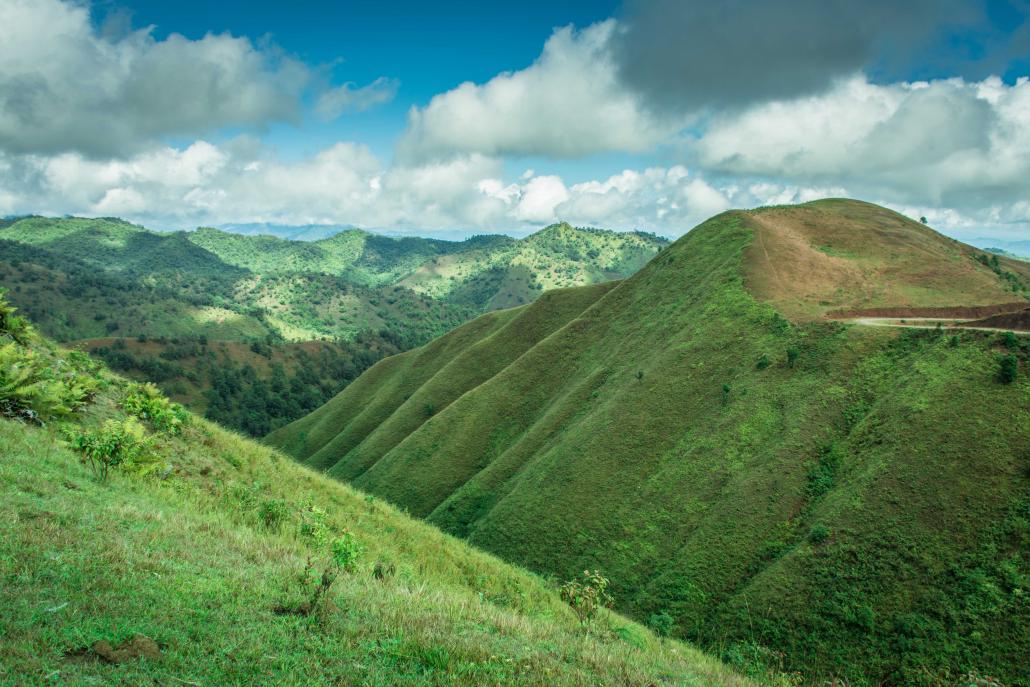 Just outside Namtu town are dramatic landscapes like the one seen here. (Theint Mon Soe aka J | Frontier)

About 16 kilometres (10 miles) from downtown Namtu is a waterfall called Taung Thone Lone (meaning “Three mountains” in English) and an attraction in the town is the “Green Grand House”, which was used by high-level officials from successive governments, including Ne Win.

One factor in Namtu’s favour as a destination for tourists, whether foreign or domestic, is a pleasant highlands climate offering relief from the heat of the plains.

Developing the area’s tourism potential would benefit residents by offering job opportunities in an undeveloped area where many young people are falling victim to drug abuse. 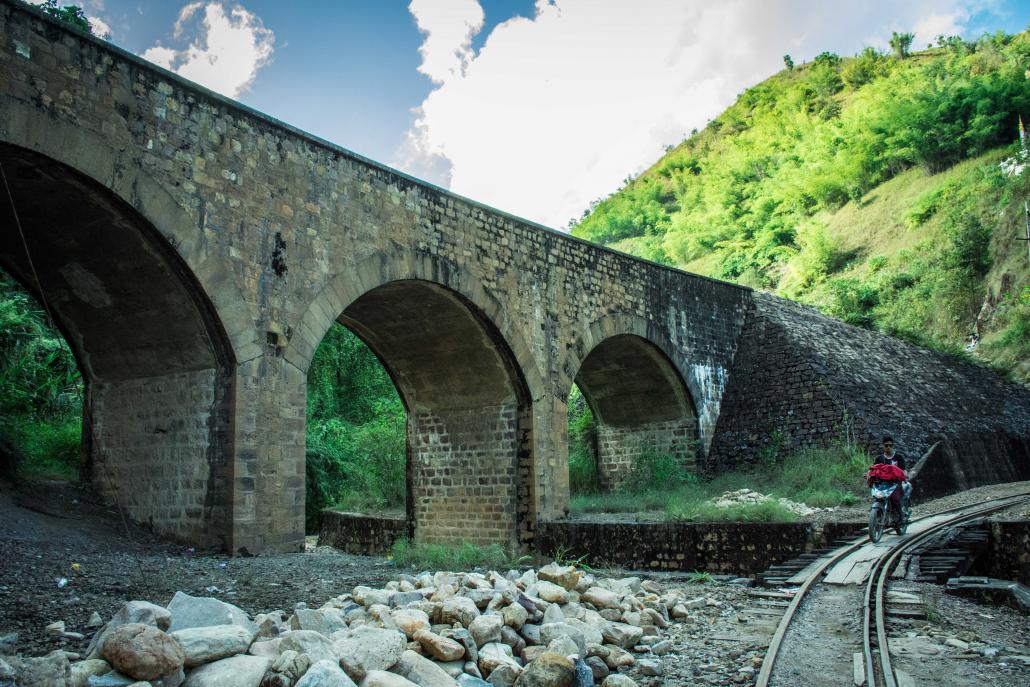 However, there are challenges, and a notable one is the security situation: northern Shan State is one of the most heavily contested parts of the country and there has been recent fighting close to Namtu between the Tatmadaw and ethnic armed groups. While recently travelling from Namtu town to Bawdwin – a three-hour journey by motorbike – we were stopped at four Tatmadaw checkpoints, and one manned by the Ta’ang National Liberation Army.

Another challenge is that there is no hotel in Namtu, and only a handful of motels.

The upside is that Namtu is a fascinating area with warm-hearted residents eager to welcome visitors from around Myanmar or the world.