In Dala, a bridge over troubled water

Port operators are speaking out against a planned bridge linking downtown Yangon with impoverished Dala, but lawmakers say they should have spoken up when it was proposed years ago.

DOWNTOWN YANGON port operators have called for the cancellation of the Yangon-Dala bridge just months before work was expected to get underway – and more than five years after the bridge was first proposed.

Lawmakers from the ruling National League for Democracy have accused the ports of attempting to sabotage the project for political purposes, but the companies claim they were never properly consulted.

U Thein Htay, the general manager of Myanmar Industrial Port, said the planned height of the bridge – currently 49 metres – would hinder future expansion plans of the downtown ports.

“It is not like we are proposing to cancel the project, but we would rather find another option to go forward,” said Thein Htay.

He suggested that the government should instead connect under-developed Dala Township to downtown Yangon using a tunnel, which he claimed would be cheaper to build and would last longer. 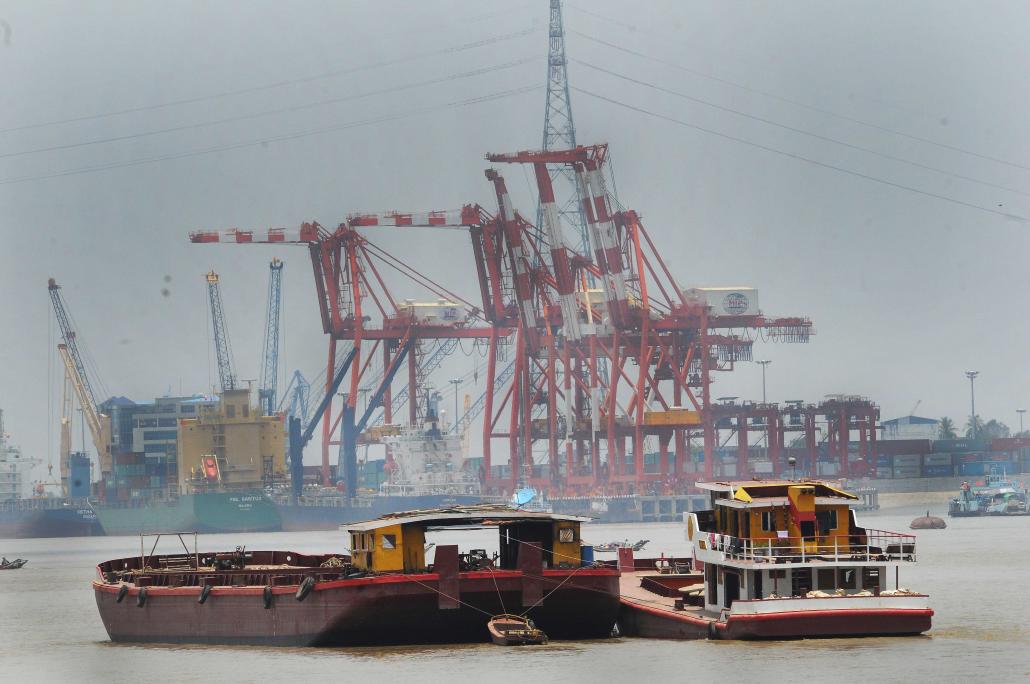 Ships on the Yangon River moored at an industrial port. (Steve Tickner | Frontier)

But lawmakers said the companies should have spoken out years ago if they were against the project, which is formally known as the Myanmar-Korea Friendship Dala Bridge.

U Sein Mya Aye (NLD, Pyithu Hluttaw, Dala Township) said the port operators didn’t oppose the project under Thein Sein because of their cosy relationship with the former military generals in his government.

“They are just objecting because now the NLD is in power and they want more opportunities,” he said.

“If this project doesn’t happen, the entirety of southern Yangon will lose hope for the future.”

The South Korea-backed project was first discussed following former president U Thein Sein’s visit to the country in May 2012.

In May 2015 parliament approved a government request for a US$138 million soft loan from South Korea, and an agreement was signed in November. A launch ceremony was held the following February.

The 1,872-metre bridge is expected to cost US$168 million, with the government funding the remainder.

At a meeting in May, the Yangon government, Yangon lawmakers, Union government agencies and South Korean contractors agreed on the architectural design, including the 49m height.

Construction was expected to begin this year and finish in 2021.

Sein Mya Aye said MIP representatives were also at the May meeting and agreed on the design, but company officials denied this. He added that the loan was to be transferred to the government on September 12.

Yangon Region lawmaker U Kyaw Zaya (NLD, Dagon-2) questioned why the operators had only decided to speak up at the last minute.

He also disputed the suggestion that a tunnel would be a cheap alternative to a bridge, and added that it would cause a delay of several years because of the time needed to come up with a new design.

“I wonder why they say that a tunnel would cost less than a bridge,” he said. “But the Union government will make a decision on this.”

The government will have to consider the views of Dala residents, he added.

Dala local Ko Myo San said people were worried that the objections would result in the project being delayed or cancelled.

He said the bridge would make it much easier for Dala residents to reach the downtown area, particularly at night when the ferries are no longer operating.

“Everyone is praying for this bridge to be built,” he added.

The port operators could also face opposition from the Pyidaungsu Hluttaw. Pyithu Hluttaw lawmaker Daw Khin Saw Wai (Arakan National Party, Rathedaung Township), a member of the Government’s Guarantees, Pledges and Undertakings Vetting Committee, said the government could not stop the project based on objections alone.

“The government will have to inspect the situation on the ground,” she said. 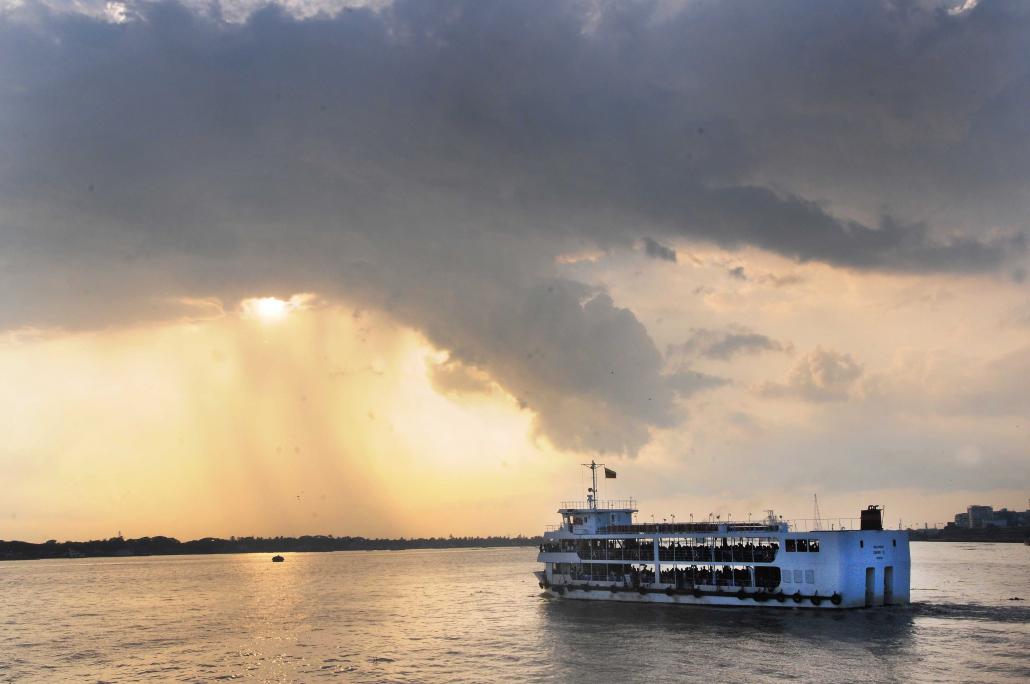 A passenger boat on the Yangon River makes the journey from downtown Yangon to Dala at sunset. (Steve Tickner | Frontier)

Frontier contacted the Ministry of Construction for comment but was told the official responsible for the project was travelling.

But the port operators have an ally in the International Finance Corporation, which in April 2016 announced a US$40 million loan to expand capacity at MIP.

Country manager Mr Vikram Kumar said he believed it was “critical” to undertake an “independent” assessment of the project, including what height the bridge should be to avoid stifling expansion at Yangon’s downtown ports.

“It is our understanding that [Myanmar Port Authority] plans to undertake dredging of the channel which would allow larger ships to dock at Yangon’s ports and these ships would have higher minimum height requirements,” he said.

“This would significantly contribute to reduction in freight costs in and out of Yangon and these benefits to the national economy should be weighed against the benefits of building a bridge that may restrict the growth of the ports.”

The IFC – a member of the World Bank Group – has previously said it plans to loan up to $200 million to MIP, which is owned by local company Myanma Annawa Swan-a-Shin Groups. This financing may be at risk if the bridge goes ahead at the proposed height.

“As an investor in MIP, any developments on the river that would impact MIP are likely to have an impact on IFC’s investment in the port,” Kumar said.

Daw Cherry Trivedi, an adviser to MIP, said the government had not provided the port operators with enough information about the project, including economic, social and environmental impact assessments.

It should also have sought more advice from international agencies, such as the World Bank, she said.

“If there is going to be a good impact, no one will say no to the project,” she said. “But since the start, no one agreed with it. The government just came up with its own plan and forced it through – that’s why all people are asking now not to do it.”