The International Monetary Fund says Myanmar’s economy is “rebounding”, but a second wave of reforms is needed to accelerate growth momentum.

In a generally upbeat assessment, the IMF forecast economic growth of 6.7 percent in 2017-18, up from 5.9 percent in 2016-17, but raised concern about the possible impact of the Rakhine State crisis on investment and tourism.

Releasing the assessment by IMF staff in Yangon on November 17, the fund’s mission chief in Myanmar, Mr Shanaka Peiris, said the National League for Democracy government had a “challenging first year”.

The “lower-than-expected” growth of 5.9 percent in 2016-17 was mainly due to weak agriculture production and exports, and the temporary suspension of some construction projects in Yangon, he said in a statement.

Peiris said the economy stabilised in 2016-17, with inflation moderating to 6.8 percent and the current account deficit falling to about 3.9 percent of GDP, from 5.1 percent in 2015-16.

He said the medium-term macroeconomic outlook remained favourable, with the expected growth rebound to 6.7 percent mainly supported by a recovering agricultural sector and exports. Anticipated higher fiscal spending in the second half of the financial year would also support growth.

“However, the near-term growth trajectory is moderately weaker than previously expected, reflecting a subdued pick up in domestic investment and uncertainties related to the Rakhine State crisis, particularly for tourism,” Peiris said.

“Risks are tilted to the downside,” he said, and include the Rakhine crisis.

“The internal conflict and humanitarian crisis in northern Rakhine State could affect development finance and investor sentiment, although the direct economic impact appears to have been largely localised so far,” he said.

Another risk factor was the banking sector, which needed to adjust to important new prudential regulations after a period of rapid growth.

He said Myanmar’s initial phase of economic liberalisation had achieved “impressive” growth take-off and poverty reduction, but a second wave of reforms was needed to sustain momentum.

The reforms should focus on agriculture, the banking system and gradual interest rate liberalisation, infrastructure, trade, natural resources management, and the legal framework, including opening up the economy to joint foreign ventures, through amendments to the Companies Act.

Peiris said fiscal policy should aim to achieve the Sustainable Development Goals adopted by United Nations member countries in 2015, while being anchored on debt sustainability and lowering central bank financing of the deficit.

“Staff welcomed the rising share of social spending and recent initiative to allocate more spending to address regional disparities, particularly for Rakhine State reconstruction and rehabilitation of refugee returns in that state,” he said.

Peiris said a “strong focus” was needed on public financial management reforms and restructuring state economic enterprises, “which have become an increasing burden on the budget, particularly in the electricity and financial sector”.

State-owned banks should be restructured in line with the financial sector reform process and electricity tariffs needed to be rationalised to reduce subsidies to the state-owned electricity company while mitigating the impact on the poor.

On safeguarding financial stability, Peiris said the banking system was adjusting to the prudential regulations needed to upgrade the regulatory framework towards international standards.

“Staff advised the authorities to implement the regulations in a way that supports financial stability and deepening,” Peiris said.

“Further progress in financial sector and interest rate liberalisation must proceed at a pace commensurate with the central bank’s capacity to regulate and supervise,” he said. 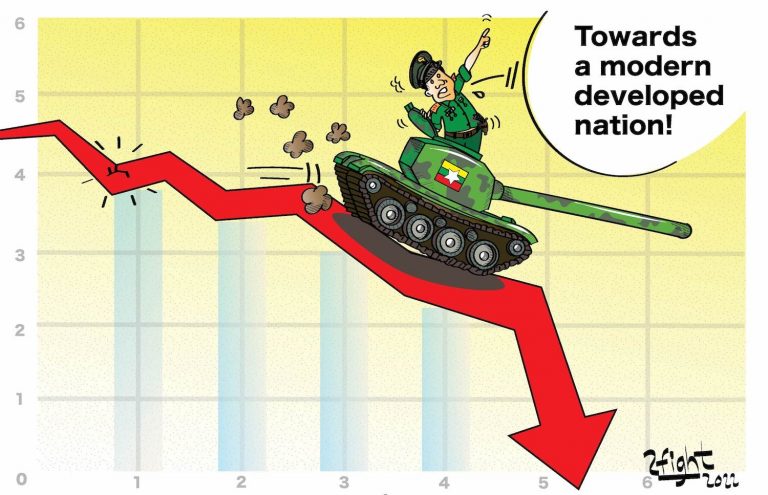 The country’s economic predicament is inseparable from its political crisis. To help resolve it, foreign nations must go beyond the old playbook of symbolic sanctions and empty statements.
BY Frontier