How we live now: A survey of living standards in Myanmar

A survey of living standards in Myanmar has revealed that the national quality of life is improving, but there are glaring inequalities in ethnic minority and rural areas.

GOVERNMENTS NEED data on how people live to make good policy decisions but for decades Myanmar didn’t collect such information. For this reason, the 2014 census, while flawed, was a milestone.

Now, the Ministry of Planning and Finance has published the initial findings of a nationwide survey that is the first to use earlier data to show how living conditions in the country compare geographically and have changed over time.

Conducted with support from the United Nations Development Programme and the World Bank, the survey covered 296 of the country’s 330 townships, excluding northern Rakhine State and the Wa Self-Administered Division.

The results – on people’s jobs, how much they earn, and how they use their income to meet food, housing, health, education and other needs – will be used as the baseline for the Myanmar Sustainable Development Plan, which the government is finalising.

Not all the survey results have been published, but the breakdown of available non-monetary indicators gives a flavour of life across the country.

Improved access to electricity has transformed Myanmar since 2005. The expansion of the national grid and the rise of affordable off-grid solar options has contributed to strong growth, almost all of it concentrated in rural areas.

In 2005, 20.3 million people were using candles and kerosene for lighting; this had fallen to about three million in 2017. In the same period, the number of households that used electricity for lighting doubled.

Solar has been a major driver of electricity access. In 2017 just over a quarter of all households used a solar system to light their houses, compared to a baseline of zero in 2009. 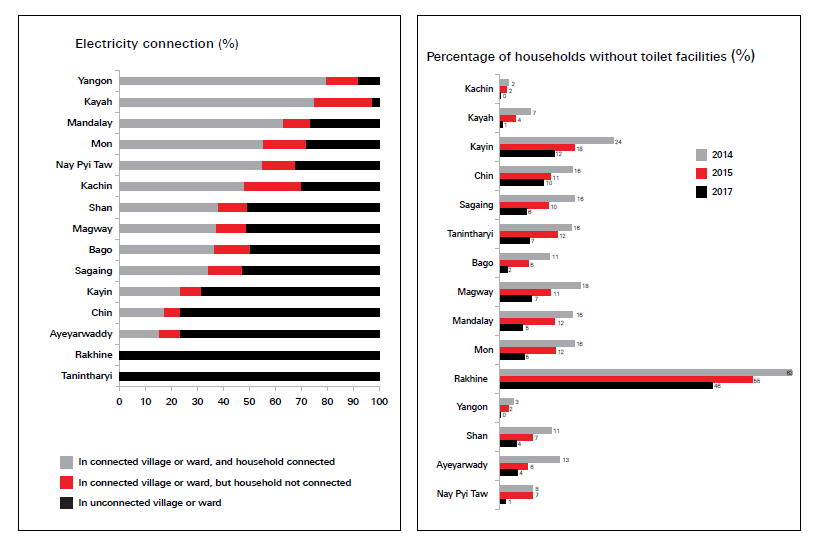 This growth has been driven by increased sales of bottled water from the private sector, rather than increased and more sustainable use of piped and groundwater sources. In urban areas, bottled water accounted for 6 percent of all drinking water in 2005; by 2015 it accounted for nearly half. 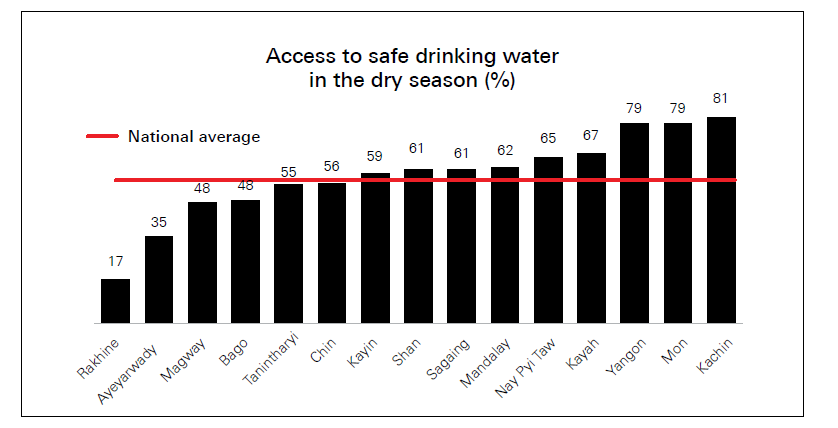 The percentage of households without toilets has halved since 2014, from 14 percent to six percent. The anomaly is Rakhine, where nearly half of all households have no toilet facilities.

Literacy has increased across generations, driven by rising female literacy, which has risen from 80 percent among those aged 60 to 64, to 96 percent among 15 to 19 year olds. The literacy gender gap in the younger age group is now effectively zero.

The national literacy rate of 88.9 percent puts Myanmar close to Thailand, where 93 percent of the population is literate, and well above Cambodia and Laos. Numeracy has also improved, to an average of 91.2 percent in 2017.

Kayin and Shan states have the lowest literacy rates in the country, at 75 percent and 65 percent respectively. A third of the adult population in Shan reported not being able to read or write a simple sentence in any language.

About 3.9 million of those aged 15 and over describe themselves as illiterate. Of these, a third were in Shan and 70 percent were women.

Although school enrolment rates have increased nationally, one in ten children of primary school age are not in school in Shan, Mon and Rakhine.

A greater share of the labour force is working in industry and services, and there has been a rise in the number of households earning money from non-agricultural work 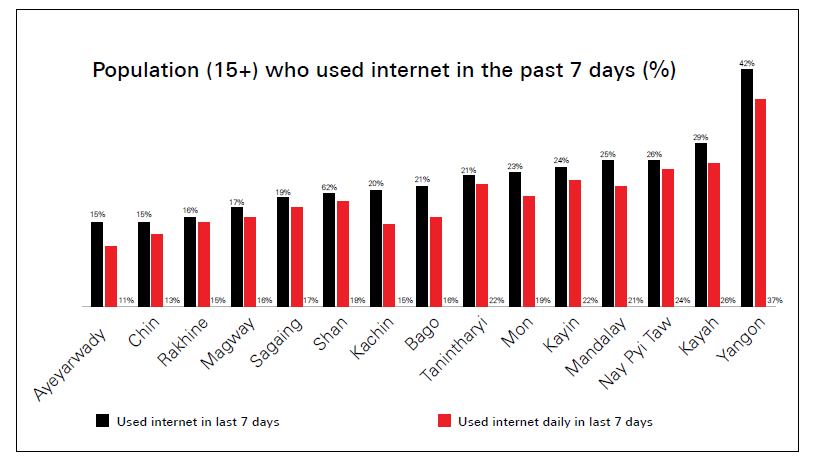 Access to safe drinking water in the dry season

Once a person starts using the internet they tend to use it at least once a day, but this varies by state and region; in Kachin only 70 percent of internet users use it daily, versus 93 percent in Rakhine, Tanintharyi and Nay Pyi Taw. 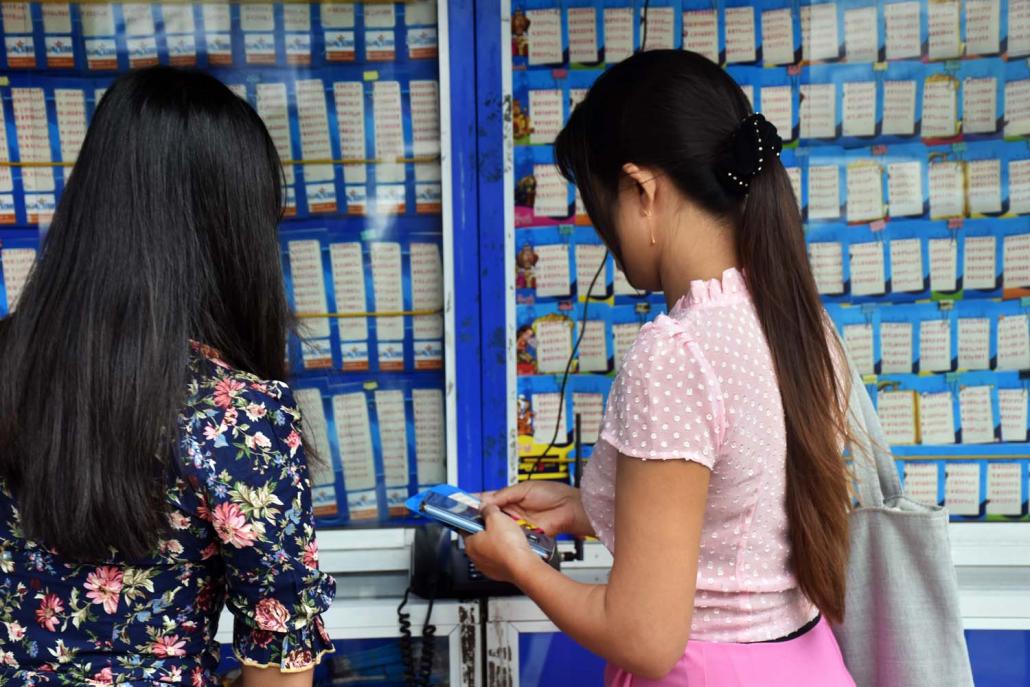