The Ministry of Home Affairs has ‘clarified’ an order which apparently directed its departments to operate under the control of chief ministers.

IN LATE August, just days before the 21st Century Panglong Union Peace Conference began in Nay Pyi Taw, the Ministry of Home Affairs sent an unusual letter. Signed by minister Lieutenant-General Kyaw Swe, the letter ordered the ubiquitous General Administration Department and four other departments to “serve under the supervision” of state and region chief ministers.

The department is one of five under the home ministry that play a crucial role in the country’s administration and maintenance of law and order, alongside the Myanmar Police Force, Bureau of Special Investigations, Prisons Department and Fire Services Department. All were included in the announcement.

The Ministry of Home Affairs is one of three headed by military officers nominated by Commander-in-chief Senior General Min Aung Hlaing, alongside Defence and Border Affairs. Other ministers are nominated by the government, which is dominated by the National League for Democracy.

Former president U Thein Sein failed to achieve the decentralisation of power, the so-called “third wave” of his plan for the transition to democracy. But under an NLD government, there has been renewed hope for power-sharing, at least in the bureaucracy.

The GAD, which has a presence in all of Myanmar’s 330 townships, is, along with the judiciary, crucial for State Counsellor Daw Aung San Suu Kyi’s aim to create a society based on the rule of law.

As well as its dominant role in the bureaucracy throughout the country, the GAD’s activities include tax collection, land management and the registration, and certification of a range of activities.

The original notice was viewed as potentially significant by observers at the time. But less than a month after the minister sent the letter, it was retracted by the ministry.

On September 22, another letter was sent out, annulling the previous order. Instead, it said that the chief ministers could “supervise, investigate, co-ordinate and negotiate with these five departments according to section 256 and section 260 of the constitution”.

The new letter specifies that the order does not apply to Special Branch or combat police battalions, both part of the Myanmar Police Force. 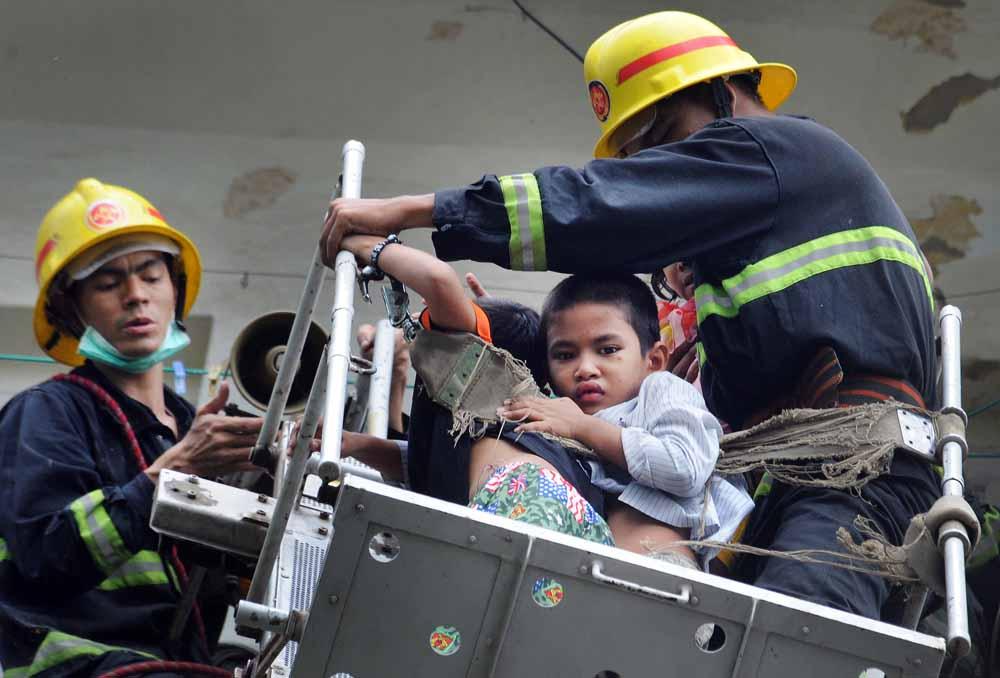 Ministry officials have denied that the new order was a reversal of the previous instruction, but rather a clarification.

“We just wanted to change the wording of that memo, cancelling the phrase that says we are putting these five departments under regional and state ministries, and replacing it with ‘regional or state chief ministers can coordinate, negotiate and supervise [along with the home ministry] according to the law,” U Maung Maung Myint, assistant secretary of the ministry was quoted as saying by Radio Free Asia.

“We changed the wording because people had different interpretations of the wording in the earlier release, and we don’t want any controversy,” he said.

However, the amended order appears to have made little difference, as no real steps had been taken to bring GAD and other home affairs departments under the control of state and region governments.

“For me, it’s not an issue about putting the GAD under the chief minister or not,” said Daw Lei Lei Maw, chief minister for Tanintharyi Region. “As we are on the road towards a federal democracy, for the time being we are doing as much as we can with the authority [that we have].”

U Min Aung, director of the GAD office at Dawei Township in Tanintharyi, said the order was more about coordinating with civilian authorities rather than coming under their control. “In terms of administrative activities, we have to report everything to the chief minister,” he said.

After the handover of power to the NLD government on March 30, party members were appointed chief ministers of every state and region, giving them authority over officials who in many cases had been entrenched in the bureaucracy since junta rule.

As NLD-headed state and regional governments began to introduce reforms by implementing amended laws, tensions have developed in their relationships with military-controlled ministries.

One such case arose from an order issued by the Union Ministry of Transport and Communications for the national road network to be expanded. The GADs in the states and regions were required to notify those living in areas affected by the order but most failed to mention that it had originated from a minister appointed by the NLD. 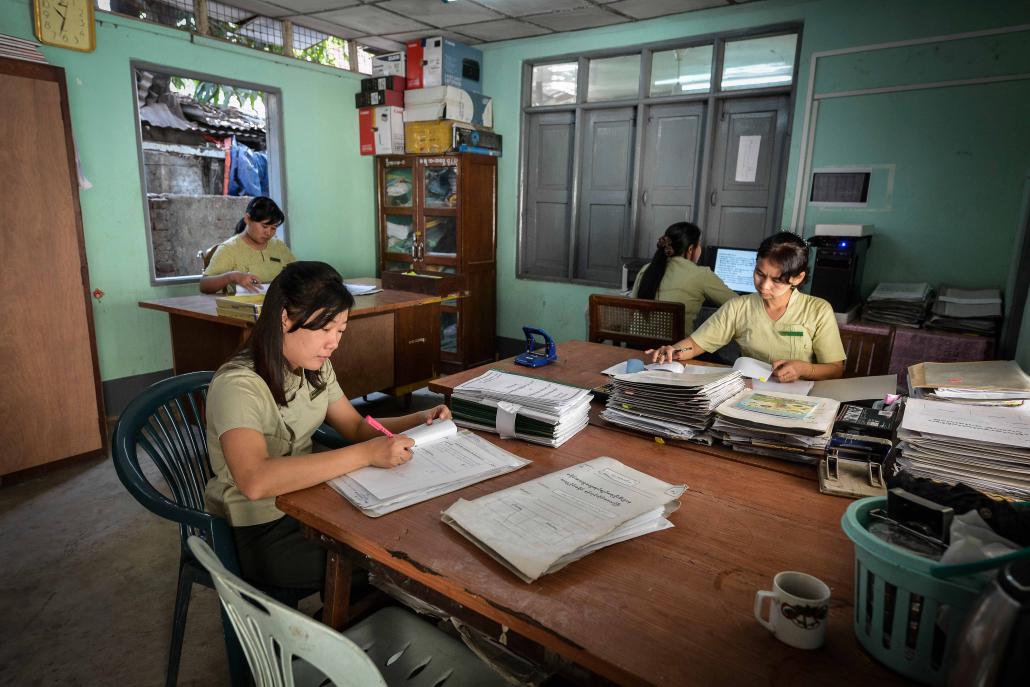 When the NLD-dominated Union Parliament began debate in May on a proposal to abolish the controversial colonial-era regulation requiring households to register overnight guests with their local GAD office, the move was criticised by military MPs as posing a threat to security.

A bill to repeal the regulation in the 1907 Ward and Village Tract Administration Law, which was updated by the outgoing Union Solidarity and Development Party-dominated parliament in January, was approved by the Amyotha Hluttaw in June.

After heated debate in the Pyithu Hluttaw on September 19, during which the regulation was defended by Deputy Home Affairs Minister Major-General Soe Aung, the bill was approved in a secret ballot by 235 votes to 155.

Political analyst and director of the Tagaung Institute, U Ye Myo Hein, said an overlap of responsibilities had caused difficulties between departments under the Ministry of Home Affairs and state and region government ministries.

U San Yu Kyaw, director of the Mandalay Journalism School and a specialist on the constitution, said some GAD bureaucrats resented region and state ministers. He suggested the clearer lines of communication and authority could help.

“If the process can be implemented successfully, this problem will be solved,” he said.

The 2008 Constitution lacks clarity on the respective responsibilities of Union and state and regional governments.

Section 96 of the constitution says the Pyidaungsu Hluttaw “shall have the right to enact laws for the entire or any part of the Union related to matters prescribed in Schedule One of the Union Legislative List”.

The subject headings in the list include defence, foreign affairs, finance and planning, the economy, agriculture and livestock breeding, energy, electricity, mining and forestry, industry, transport, communications and constructions, the social sector, such as education and health, management, such as general administration, and the judicial sector.

The schedule two list highlights the potential for duplication because it includes finance and planning, economic management, agriculture and livestock breeding, energy, electricity, mining and forestry, industry, transport, communications and construction, the social sector, such as state or regional social welfare activities, and management, such as development and town and housing development.

San Yu Kyaw said the apparent duplication of some sectors listed in schedules one and two was an obstacle to the smooth delegation of responsibilities between the Union and the state and regional governments.

The NLD had clamoured for constitutional reform when it was in opposition but Daw Aung San Suu Kyi has been quiet on the issue as de facto government leader, presumably in the interests of maintaining harmonious relations with the Tatmadaw.

Some GAD bureaucrats said power-sharing would not make a big difference to their work.

“We don’t know about the order yet, but it is not a problem for us because we have to do what the government says,” said U Aye Maung Kyi, director of the GAD office for Myitkyina Township in Kachin State.

How the CDM can win