The government evinced high hopes for a rebound in foreign investment at a recent event in Nay Pyi Taw but its expectations are not shared by many in the private sector.

THE GOVERNMENT tried hard to woo big spenders at the recent Invest Myanmar Summit, which focused on attracting foreign investment in about 200 projects altogether worth US$20 billion over the next 20 years, mainly in infrastructure development.

State Counsellor Daw Aung San Suu Kyi delivered the opening speech at the event in Nay Pyi Taw on January 28 and 29, which saw an unprecedented turnout of 12 Union ministers, 10 regional ministers, and more than 150 regional and state representatives, and attracted nearly 1,600 participants.

“I stand here to reaffirm our commitment to continue our reforms and build an investment-friendly environment,” she said.

Aung San Suu Kyi proudly recalled one of the few honours bestowed on her National League for Democracy government for economic management, when Myanmar received a World Bank Star Reformers Award, for its success in creating a more investment friendly environment, at an investment conference in Vienna in 2017.

“I hope that’s now obvious that Myanmar is committed to creating not only a favourable but also a predictable, facilitative and friendly investment environment,” she said.

Aung San Suu Kyi also highlighted reforms aimed at developing a market-based economy that target inclusive economic growth as well as the launch last year of the comprehensive Myanmar Sustainable Development Plan. A highlight of the conference was the launch of a centralised database of projects known as the Project Bank that will support the implementation of the MSDP. 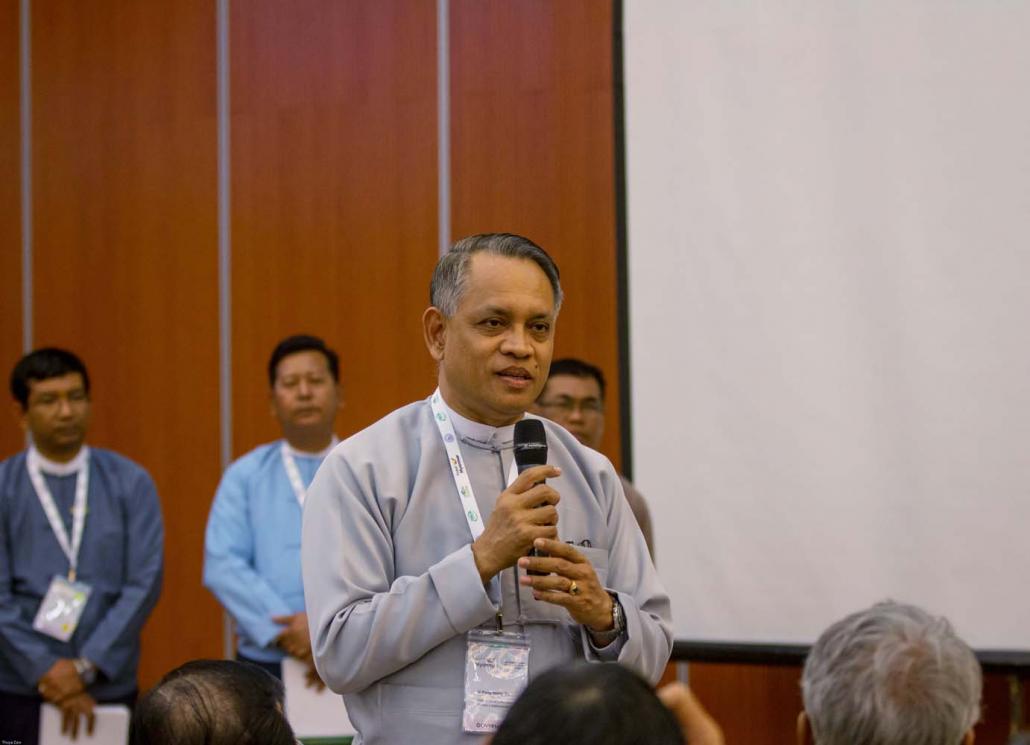 The government’s efforts to attract investment and develop the economy have been stymied over the past 18 months by the fallout from the Rakhine crisis, which has scared off many potential investors.

The aim of last month’s summit, which was organised by the government and the Union of Myanmar Federation of Chambers of Commerce and Industry (UMFCCI), was to rebuild the image of Myanmar as an investment destination.

The summit differed from previous investment conferences in several ways. Unlike investment conferences that had attracted a high turnout of potential investors from Western countries before the Rakhine crisis escalated in August 2017, most of the participants at the Invest Myanmar Summit were from China, Japan, South Korea and Taiwan.

One unique feature was the promotion of investment-ready projects across the country – something that required a significant degree of preparation on the part of the organisers, and was indicative of the seriousness with which government officials viewed the summit. Previously, governments have typically urged foreign companies to invest, but left it to them to identify particular projects.

Mr Mike DeNoma, chief executive officer at KBZ Bank, said the summit had come at the right time, with Myanmar at an inflection point. As one of the world’s few “mobile-first” markets, the country had the rare opportunity of reaching people on a 100 percent digital platform to bring them into the formal economy.

“Myanmar offers an opportunity for investors with a mobile-first vision to make next-generation business models probably better than extraordinary,” he said.

While there is general acknowledgement in the business community that the government and the UMFCCI are striving to attract investment, especially for infrastructure projects, businesspeople are not optimistic that foreign investment will return any time soon to the levels seen before August 2017.

U Hla Maung, the chairman of Tokio Investment Co Ltd, said 2019 had been expected to be a banner year for the NLD in implementing its economic agenda because of the legal reforms it had undertaken, such as the Companies Law and the Investment Law.

“However, the Rakhine crisis has destroyed all of the potential. This is the result we can see today,” he told Frontier. 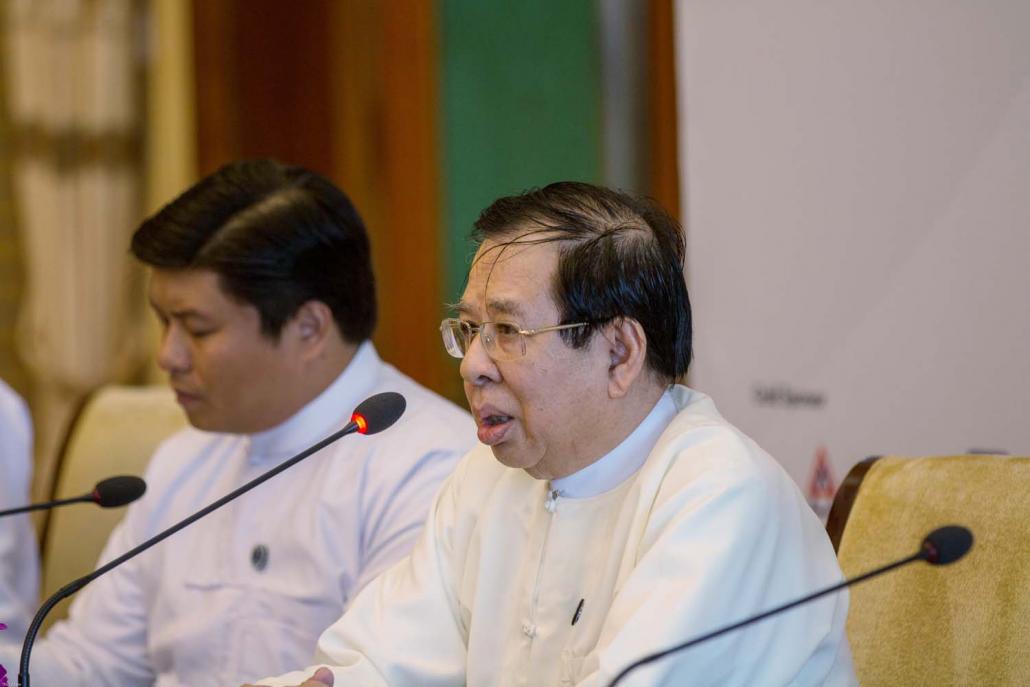 The impact of the Rakhine crisis is just one of several factors that has affected investor confidence, with economic management also a key concern, research shows. The annual business confidence survey released in December 2018 by the European Chamber of Commerce in Myanmar found that 81 percent of European companies were not satisfied with the business environment, up from 76 percent in 2017 and 67 percent in 2016.

Regulatory issues, a shortage of skilled labour and legal uncertainty remained the biggest challenges for European companies, the survey found.

KM Terminal and Logistics is 70-percent owned by Kerry Logistics and the total investment in the dry ports stands at US$55 million.

“Whatever they do at the upper level, and whatever laws they make, will have little impact if the lower levels of the bureaucracy do not or cannot follow them. In that case, we investors will still face with many obstacles on the ground,” Nyi Htut told Frontier.

He said that the government’s efforts to attract FDI for infrastructure development would be more effective if it there was greater clarity to the system of procedures (SOPs) for implementing newly enacted or amended laws.

It would also help if key government agencies, such as the Customs Department, had more personnel and if all public servants had the capacity to function more efficiently.

It would be difficult to attract FDI in the absence of such changes, said Nyi Htut.

“I don’t think the investments could properly come into these infrastructure-related sectors which take much time for return on investment, and also still have many other technical, financial challenges,” he said.

In her address, Aung San Suu Kyi acknowledged that Myanmar needed to do more to realise its potential for FDI.

Those who knew Myanmar well understood that it offered the possibility of big returns to investors who were patient and innovative, she said, adding that her government would continue to strive to improve the investment climate.

She said the challenges included an infrastructure gap that continued to constrain Myanmar’s development potential, including being one of the least electrified countries.

U Aung Naing Oo, director general of the Directorate of Investment and Company Administration, told Frontier he expected FDI to rebound this year because of the reform of business-related laws and promotional activities, such as the conference.

“The government has already eased a lot of difficulties for doing business in Myanmar, and we’ve received more interest. That’s why I think this year could be high,” he said.

Correction, February 20: This article has been amended to remove comments attributed to Mr Richard Horsey.