Promoting savings and using them to provide long-term and lower-interest loans to infrastructure projects and export-related industries could help Myanmar emulate the “miracle” growth of other Asian economies.

IN 1962, The Economist published an article, “Consider Japan”, to explain the high growth rate of the Japanese economy after World War II. Japan achieved an average annual GDP growth rate in excess of 10 percent between 1955 and 1974 (all numbers in this article are obtained from the World Bank, unless stated otherwise). From 1965 (the year the country was separated from Malaysia) to 1984, Singapore’s per capita GDP grew by an average close to 10 percent. The latecomer, China, has also grown by about 10 percent annually over the past 20 years.

It is not realistic to compare Myanmar’s economic status to that of current-state China, Japan, or Singapore. Hence, comparisons to early-stage China (late 1980s, when the reforms started to take off); Japan (mostly 1960s and 1970s, after World War II); and Singapore (1965 to 1984, the post-Independence period) might be more insightful. Myanmar’s current 6-percent-plus GDP growth pales in comparison.

Numerous factors contributed to these economic “miracles”. One often cited (and hotly debated) factor is the role of their respective banking systems. A remarkable feature of the banking systems in these countries – and most, if not all, of their East Asian counterparts – is that governments often intervened intensively in the operations. Their financial systems were heavily regulated with governments often allocating credit to particular industries. The primary intention was to mobilise savings and channel them into investments in export-oriented industries. Despite criticism from economists who prefer minimal intervention, it cannot be denied that these policies helped to jump-start rapid industrialisation and accelerated the export growth of many Asian economies.

A common characteristic shared by many Asian countries is high savings. Postal saving systems were created in Japan and Singapore to promote savings. Especially for those living in rural areas where there were no commercial bank branches, the postal saving system provided access through an extensive branch network of post offices. The Post Office Savings Bank (POSB of Singapore) and Japan Post Bank were such institutions. China and Vietnam also have sizeable government-sponsored postal saving systems.

Considering that less than a quarter of Myanmar’s current population aged 15 and above has an account at a financial institution, a similar nationwide saving system would channel large savings into the financial system. In Singapore, the gross saving as a fraction of GDP averaged 21 percent from 1961 to 1980. The rate for Japan from 1971 to 1980 stood at 36 percent. As of 2004 (the latest available data), the figure for Myanmar was only 14 percent. Largely because of the extensive network of postal banks, Japan’s bank deposit to GDP rate was 43 percent in 1960. In 1965, Singapore’s bank deposit to GDP rate was 35 percent. But in Myanmar in 2015 the bank deposit to GDP rate was only 29 percent. The bank credit to bank deposits ratio in Myanmar from 1995 to 2015 was 58 percent. In comparison, it was over 500 percent in Vietnam over the same period. 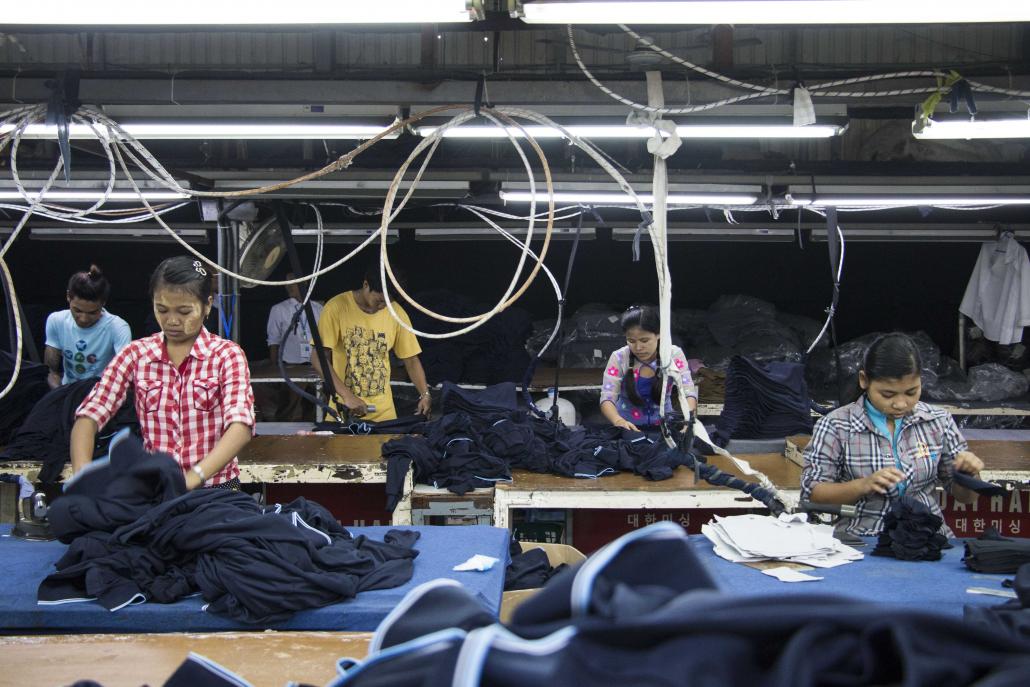 During the early years of economic development in Japan (post-WWII) and Singapore (post-independence), large fractions – often in excess of 95 percent – of deposits were loaned out to support the development of infrastructure and other “vital” projects. Thus, as Japan was still catching up with the industrialised countries, postal savings funds financed investments in electric power, railroads, and highways. The commercial banks borrowed large sums from the central bank to meet liquidity needs. This effectively provided the central bank, the Bank of Japan, with enormous power to steer the country’s economic growth. Singapore followed a similar pattern. In Myanmar, over the 2006-15 period, this average lending ratio was below 50 percent.

During the early years of economic growth, bank interest rates were also lowered: at the very least, the spread between lending and borrowing rates was low. Throughout the 1980s (the earliest years of available data), the average spreads between deposit and loan rates were 3.4 percent in Japan and 2.9 percent in Singapore. This spread in Myanmar currently stands at 5 percent (13 percent lending rate vs 8 percent deposit rate).

Apart from high saving rates and significant investments in infrastructure, another common characteristic shared by these high-growth economies is the development of export industries. From 1960 to 2015, Singapore’s average annual exports (as a fraction of GDP) stood at 170 percent. Its import averaged below 10 percent. Vietnam has followed a similar path. From 1986 to 2016, Vietnam’s average exports were 51 percent. From 2000 (the earliest available data) to 2015, its imports stood at below 15 percent of GDP. For the past five years, Myanmar’s average annual exports were only 18 percent of GDP, and grew at 45 percent annually over the past three years. Imports, meanwhile, averaged 21 percent of GDP, but over the same period grew 57 percent annually. Considering these respective growth rates, the imbalance will only widen in the foreseeable future.  Hence, Myanmar’s current problem is not only limited to high imports but is also attributable to under-development of export industries.

When financial markets are developed, extensive government intervention is unnecessary or even undesirable. However, when the banking sector is weak, fragmented and when the private banks are unable to provide needed loans, it is sensible to have a nationwide government-run institution that could attract public savings. It is unlikely that Myanmar people today are less likely to save money than their counterparts in other Asian countries. Rather, it is a case of banking inefficiency and policy ineptitude that has kept the savings out of the system.

As seen in the World Bank’s Doing Business index, obtaining private credit has posed a tremendous challenge to businesses in Myanmar. Developing a strong institutional framework to promote savings and channeling these savings into businesses would alleviate credit scarcity. Providing long-term and lower-interest loans to infrastructure projects and export-related industries with these savings would reduce both government budget and current account deficits – the so-called twin deficits that the country is facing. Thus, Myanmar’s government should take on a stronger role in promoting savings and investments instead of relying on the private sector to take the lead. With the right policies, Myanmar may enjoy a similar “miracle” to that of neighbouring countries.