Civil society groups say an investment protection agreement being negotiated by Myanmar and the European Union lacks transparency and exposes the government to the possibility of compensation payouts it cannot afford.

AS NEGOTIATIONS between Myanmar and the European Union near completion on an investment protection agreement, domestic and foreign civil society groups have criticised the process for lacking transparency.

Some of the groups also say the benefits of the IPA have been highly overstated while its risks have been seriously underestimated.

In a decision linked to the crisis in Rakhine State, the European Parliament’s international trade committee last month indefinitely postponed a visit that was expected to finalise negotiations on the IPA, which was launched in 2014 by the U Thein Sein government.

The postponement, which did not alter the status of the negotiations, was announced on September 14, the same day that the European Parliament condemned the security operation launched by the Tatmadaw in Rakhine in late August after attacks by the Arakan Rohingya Salvation Army.

The Geneva-based International Commission of Jurists is among the groups that have criticised the negotiations for lacking transparency. ICJ legal consultant in Myanmar Mr Sean Bain said transparency was critical for investment negotiations that may affect human rights and the environment.

“Decisions affecting human rights in Myanmar must not be made inside the walls of closed investment negotiations,” said Bain. “Instead this agreement needs to be subject to greater public debate, in the parliaments and through genuine consultations with civil society actors.”

The ICJ is not alone in raising concerns about the negotiations.

Myths and risks of the EU-Myanmar Investment Protection Agreement says that after three years and five rounds of talks, citizens and members of parliament in Myanmar and Europe know nothing of what is in the text of the agreement, as all negotiations have been secret.

“The only attempts at transparency have been briefings for civil society organisations on the outcomes of the negotiation rounds after they have happened – announced with only a few days’ notice and only alerting CSOs in Yangon,” it said.

Responding to the concerns about transparency, U Thant Sin Lwin, deputy director general of the Directorate of Investment and Company Administration, said the draft would be revealed to the public and also be debated in parliament.

He added that the IPA was drafted with input from the Union Attorney General’s Office and other government departments, as well as the Central Bank of Myanmar.

A spokesperson for the European Union delegation to Myanmar said Myanmar had already concluded 10 investment protection agreements and the IPA with the EU had been “by far the most transparent process”.

“The pace of negotiations has deliberately been modest to allow for necessary preparations and discussions on both sides,” the spokesperson said.

“[Consultation] has taken place with civil society both in Europe and in Myanmar,” they added.

However, asked about the extent of consultation with Myanmar businesses, whether a formal consultation would be conducted with the public, how long the public would be given to review and comment on the draft agreement, and whether the agreement would require formal approval from Myanmar’s parliament, the spokesperson referred all questions to DICA.

Transparency is not the only concern, however. The civil society paper warns that the IPA could have major negative effects on democratic development, human rights and sustainable peace in Myanmar, by “depriving it of the necessary policy space to harness investment to serve sustainable development and peace”. 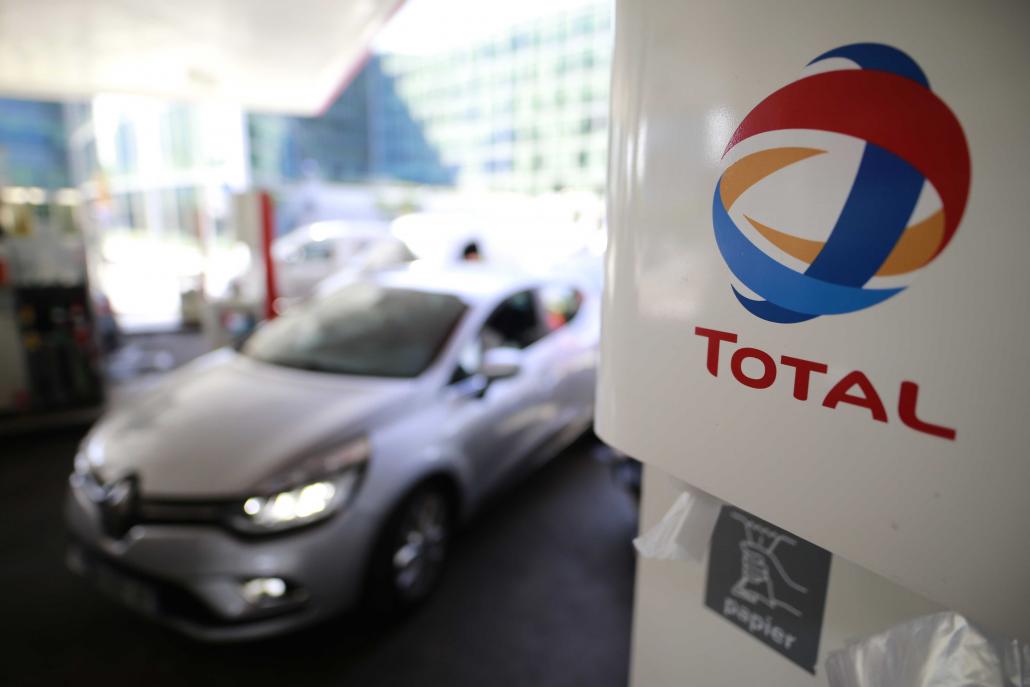 French energy company Total operates the Yadana natural gas project and is one of the largest European investors in Myanmar. (AFP)

The IPA also has the potential to “bankrupt the country” through potential lawsuits filed by foreign companies unwilling to see stronger regulations that may affect their profits, it said.

The paper referred to serious human rights violations against Muslims in Rakhine and people in other parts of the country, and noted that the EU had made upholding human rights an integral part of its external trade relations.

“So if negotiations continue with Myanmar under the current circumstances, this commitment is in question,” it said.

The paper said that although the negotiations may be drawing to a close, there was still time for a “much-needed, wide-ranging public debate among parliamentarians and civil society to close the democratic gap opened up by the IPA negotiations”.

It said that Myanmar should not feel pressured “to prematurely accept” an IPA with far-reaching substantive investor protections and an investor-state dispute settlement.

“There is no compelling reason for Myanmar to sign an investment treaty such as the one proposed by the EU that will only serve to limit future policy space in Myanmar – space that is much needed to make Myanmar’s transition towards a more democratic, equitable and sustainable development a success,” it said.

U Than Aung Kyaw, deputy director general of Myanmar Investment Commission, defended the negotiations on the IPA, saying it was drafted in line with Myanmar’s laws and regulations.

“Who will invest in a conflict zone? Citizens will not do so, and foreign investors are even more scared. What I would to say is that this IPA was negotiated not to breach any existing laws of our country, such as the Myanmar Investment Law,” Than Aung Kyaw said.

The EU delegation spokesperson said that there was nothing in IPA that would limit the ability of the Myanmar government to regulate, including reform of its laws.

“The IPA simply wants to make sure that there is no targeted discrimination of European investors in these laws or in their application, that European investors are treated fairly and that they are also fairly compensated in case of an expropriation.

“[The] agreement would contains explicit provisions that will safeguard the governments’ right to regulate in the public interest, be it on labour, environment, health, security or others.”

However, civil society groups say their concerns are partly based on the experiences of other countries that have signed IPAs with the EU.

Bain said there were many examples of foreign investors challenging laws and regulations passed by elected governments because they posed a threat to their profits. Some such challenges had involved laws tightening pollution controls and strengthening labour rights.

Bain also raised concern over a dispute resolution mechanism for the IPA.

“The Investment Court System potentially takes important policy decisions away from elected governments, and away from judiciary, placing them before an international arbitration panel,” he said.

Ms Pietje Vervest, from the economic justice program at the Transnational Institute, said the system was one way because it only allowed investors to bring cases. Governments or communities could not bring claims against investors.

“Investors have been using the system to challenge new laws adopted by governments, often [laws that are] in the public interest, such as health, environmental or labour laws. Awards are being paid from public budgets,” Vervest said.

The EU delegation spokesperson said the Investment Court System, also known as Investor-State Dispute Settlement, was a “tool that would be applied as a last resort if the standards of protection were not respected”.

The agreement was necessary to attract investment from European businesses – particularly SMEs – that would otherwise be put off by the legal or economic risks.

“The agreement promotes responsible investments from the EU to contribute to Myanmar’s sustainable development,” the spokesperson said. “They can create much needed decent jobs in Myanmar and will set a benchmark for other investments.”

Economist U Khin Maung Nyo said that as few Myanmar companies are big enough to invest in EU countries, Myanmar should not have an IPA with the grouping.

However, he acknowledged that the EU wanted an investment protection guarantee and signing the IPA would help to attract increased European investment.

Some in the business community have expressed strong support for the IPA.

“I don’t see this as one-sided protection, and we know that the IPA provides protection in accordance with the current laws in Myanmar,” said Dr Soe Tun, president of the Myanmar Automobile Manufacturers and Distributors Association.

In June, Ma Doi Ra, senior program coordinator from Paung Ku, and Ko Saw Alex Htoo, from the Karen Environmental and Social Action Network (KESAN), travelled to Brussels to discuss the IPA with members of the European Parliament.

“We learned that the EU itself still has no transparency and the MEPs we met were not well informed about each of the steps in negotiating the IPA with Myanmar,” Doi Ra said.

She said she wondered why the government seemed to be in such a rush to sign the IPA and why it did not provide for greater control of foreign investors, rather than giving them what she termed “privileged opportunities”.

She also expressed concern that the IPA could exacerbate conflict between different ethnic groups and have negative implications for the peace process.

Her concerns were echoed by U Ye Lin Myint, national coordinator of Myanmar Alliance for Transparency and Accountability, one of the 14 groups that published the policy paper.

Ye Lin Myint said that as Myanmar continued its transition towards genuine democracy, the IPA could complicate the reform of old laws and policies. Countries that have signed investment treaties are exposed to possible lawsuits when they propose new regulations that affect the profits of investors.

“But Myanmar will be particularly exposed to lawsuits, since it is still in process of building its regulatory framework,” it says.

The paper cites a case brought against the Mexican government in 2009 by Spanish energy multinational Agbengoa after local authorities blocked its plan to build a toxic waste disposal facility near a nature reserve and an indigenous community.

An international arbitration panel ruled against the Mexican government and ordered it to pay the company US$45 million in compensation for lost profits and $1.7 million in legal expenses and tribunal costs.

In 2012, an investment tribunal issued the highest award in history against a government when it ordered Ecuador to pay $2.3 billion to oil company Occidental.

However, another concern about the proposed IPA has been eased by decision of the European Court of Justice. It ruled on May 16 that the investment protection provisions of the EU-Singapore Free Trade Agreement needed to be ratified by each of the EU’s 28 member states.

The ratification of the EU-Myanmar IPA will therefore take longer than initially envisioned. The delay has been welcomed by Vervest from the Transnational Institute.

“This is good for Myanmar; it can use this time to not rush the ratification of the agreement but stick to proper, democratic decision-making. The impact that investment protection agreements have on public budgets should be a serious concern for members of parliament in Myanmar,” she said.

Vervest urged Myanmar’s national parliament, the Pyidaungsu Hluttaw, to engage in meaningful dialogue with Myanmar CSOs on the proposed IPA. She also encouraged MPs to find out why countries such as Ecuador, India, Indonesia and South Africa had canceled investment treaties.

“The Myanmar government can learn a lot from their experiences.”

The Ministry of Electricity and Energy will announce in the coming weeks the winners of a tender for 30 solar projects that received more than 150 bids, many from Chinese companies.