YANGON — Sidestepping cowpats and garbage, Myanmar’s only home-grown junior rugby side train on the outskirts of Yangon, preparing to take on children from the city’s well-heeled international schools.

When the Little Dragons aren’t running barefoot on the litter-strewn dirt, the makeshift field on the outskirts of Yangon is sometimes used as a cockfighting ring or a fairground.

But every Sunday, boys and girls aged five to 18 from Yangon’s North Dagon Township can be seen playing touch rugby, an incongruous sight in a country where the sport is barely known.

As novice monks file past collecting alms, the players shoo away cantankerous cattle to begin warm-up drills under the tutelage of their coaches, a mix of locals and expatriates.

In the monsoon the training ground is shin-deep in mud, but during the hot season the surface is baked into an unyielding, crusty mosaic.

Yet many of the Little Dragons play in bare feet.

Youth worker-turned-coach Ko Aung Kyaw Lin, 24, helped set up the team four years ago to run alongside English and maths lessons, and workshops on fire safety and health.

“Children here used to spend their free time in gaming shops,” he says.

“When they started playing rugby, they stopped arguing and worked together.” 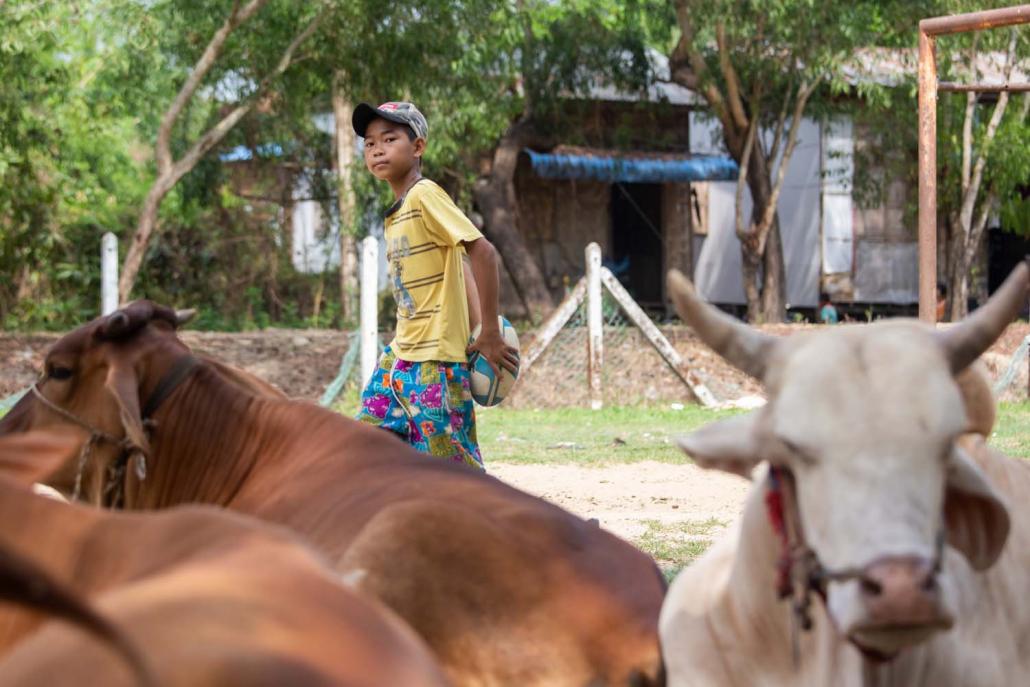 A player from the Little Dragons rugby team walks past cattle before taking part in a training session. (AFP)

Although the organisers ran out of funding to keep their education centre going, the rugby continued.

Few women play sport in conservative Myanmar, yet half of the 40 or so Little Dragons are girls.

Ma Nann Shar Larr He’s older sister used to scold her for wanting to play with the boys, but now most of her family come to watch the training sessions.

“There’s no difference between girls and boys when we play rugby,” the 15-year-old smiles.

As the only homegrown junior team in the country, the Little Dragons look to Yangon’s international schools for matches.

In May, they took part in Myanmar’s first junior tournament, partly played on a full-sized, artificial grass pitch at one of the schools.

One baffled team even tried removing their trainers to see if that was the key to the Little Dragons’ agility, an experiment that lasted only a couple of minutes on the hot, rough surface.

“We felt like crying when they scored, but we just tried even harder,” says 12-year-old Dragon Ko Kyaw Kyaw Lin. 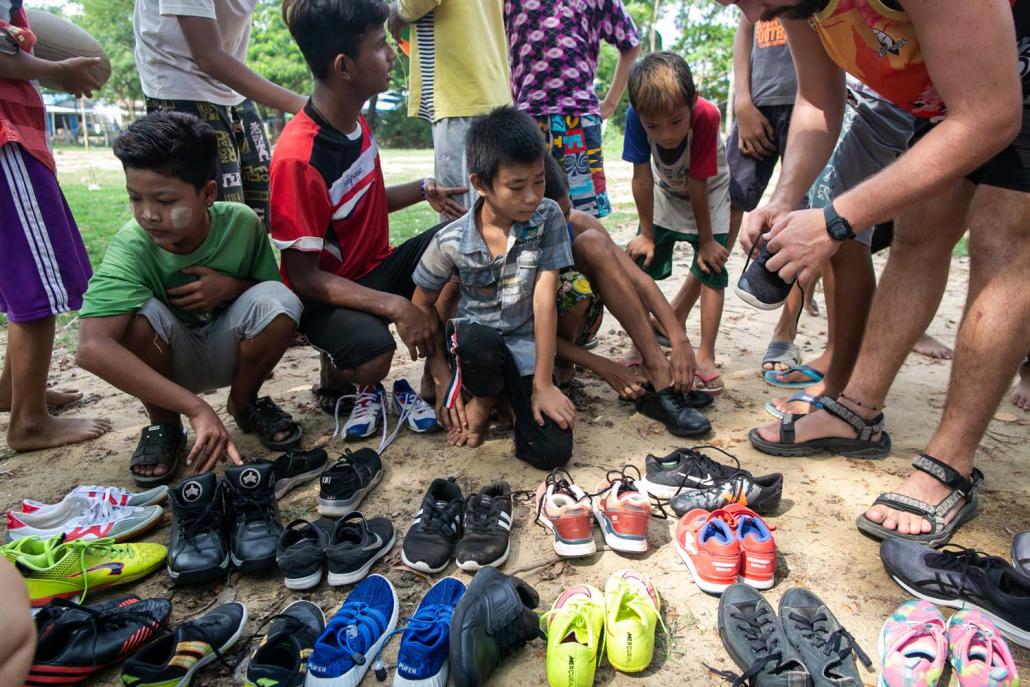 Players from the Little Dragons rugby team choose pairs of donated secondhand shoes for themselves. (AFP)

The schools are helping out the team, donating second-hand trainers and sharing transport.

But the Dragons are looking for sustained funding to support them and resurrect the now-closed education centre.

An interested international sponsor backed away last year, concerned about Myanmar’s “political climate”, a reference to the global outcry triggered by the mass expulsion of Rohingya Muslims in 2017.

Edwards sees this as counter-productive, arguing that sport can be a unifying force.

“There are so many things separating communities now in Myanmar and in rugby one of the key values is respect,” he says.

The next step is to introduce the players to rugby sevens, but fellow coach Mr Josh Peck says they are eager for more.

“These kids are fired-up and ready. They want to play [full] contact.”