The NLD deserves praise for defying the military in its April 17 presidential pardon. Those released should never have been behind bars.

On several occasions during Myanmar’s long, drawn out transition period, we expressed doubt that the new government would free a number of political prisoners, whose release would run the risk of antagonising the military. In the five months between the election and the swearing in of U Htin Kyaw as president, the National League for Democracy demonstrated an almost comical level of deference to the Tatmadaw; the party’s subservient conduct during the transition appeared to be setting a cautious precedent for how the military-civilian political relationship would unfold in the years to come.

The NLD deserves the highest praise for proving us wrong. Htin Kyaw’s amnesty announcement on April 17, coinciding with the traditional Burmese New Year and releasing 83 people deemed by the party to be prisoners of conscience, includes several prisoners sentenced to obscene terms of imprisonment by military tribunals.

Alongside dozens of land rights activists and protesters, former Air Force Pilot Chit Ko is now free, four years after his arrest for emailing the International Labour Organization to ask for help in leaving his unit. Walking out of Insein Prison alongside him this week was former Air Force Captain Nay Lin Dwe, sentenced to 20 years in 2012 for using the internet to highlight abuses against military enlistees. 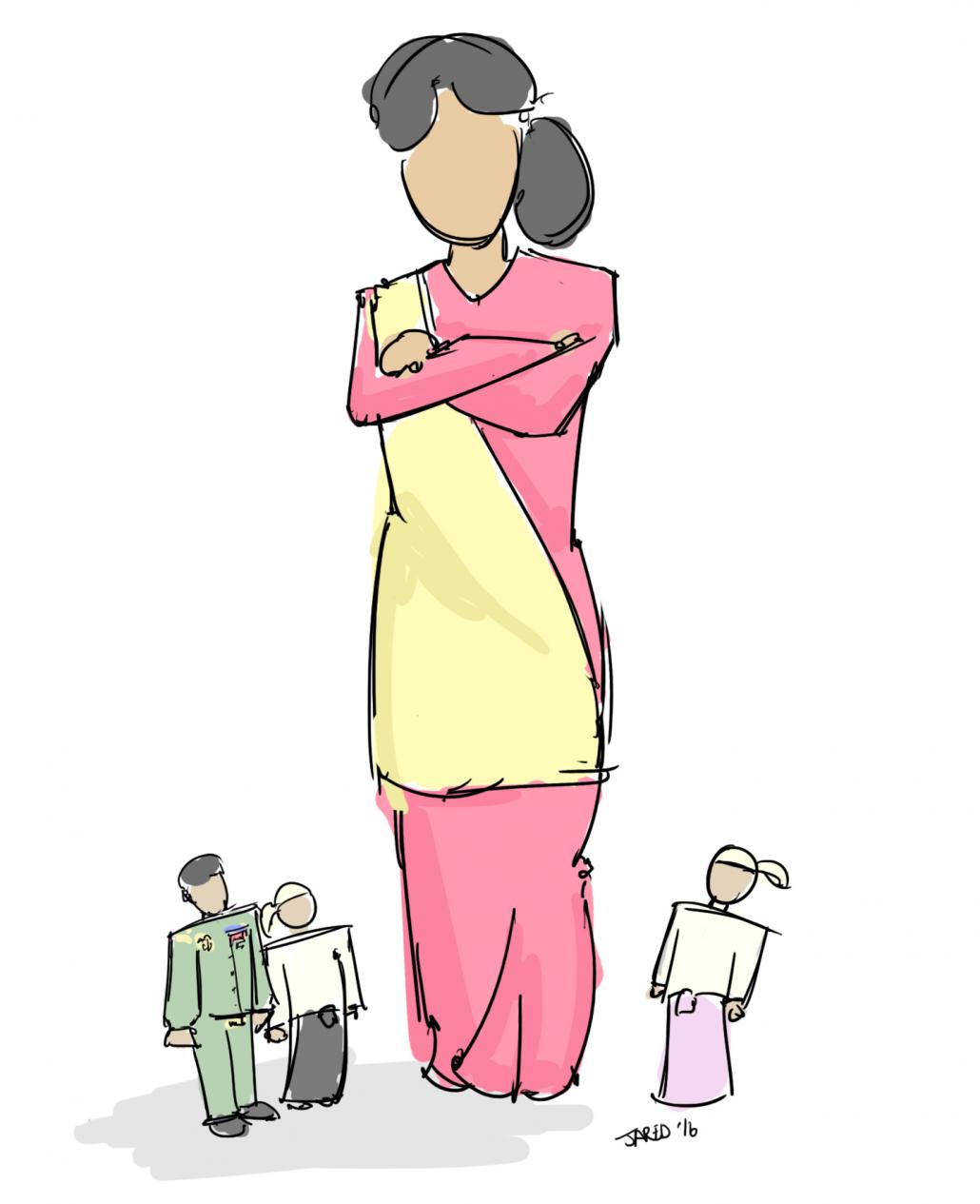 Freed five years before the end of their sentence are the four journalists and CEO of the now-defunct Unity journal, arrested in 2014 for alleging the existence of a military-run chemical weapons factory in Magway Region. In a judicial system known internationally for its long record of farcical trials and evidence-free convictions, the “Unity Five” case was a particular travesty. Though rumours of a native chemical weapons program surfaced periodically during the junta years, few analysts took the journal’s claim seriously, though many other claims in the report regarding the military’s seizure of land in the area were not in dispute at the trial.

Instead of pursuing a defamation claim against the journal, as would happen in any respectable legal system on this planet, the five men were charged under the 93-year-old Official Secrets Act and initially sentenced to 10 years’ imprisonment. The chilling effect of these convictions among other local journalists cannot be overstated.

The release of these men is a heartening step by a government that appears confident in its own public mandate and more willing than in the past to test the parameters of its relationship with the military leadership. But more needs to be done. Mass pardons have been a regular feature of political decision-making since at least the Ne Win era, and yet Myanmar’s prisons have always filled up as quickly as they are emptied by people whose only real crime is to demand the guarantee of their basic civic rights.

The government appears to be moving to reform or repeal a number of laws that have been used to stifle dissent, some dating back more than a century. The Legal Affairs and Special Cases Assessment Commission has reportedly recommended the abolition of the Penal Code’s overused incitement provisions and the 1950 Emergency Powers Act, along with narrowing the scope of the Peaceful Assembly Law to prevent the mass arrest of peaceful protesters.

If this country had the judicial system it deserved, Chit Ko and Nay Lin Dwe would have been reprimanded and discharged instead of locked away in one of the most notorious and ghastly prisons in the world. The Unity CEO would have borne the cost of a civil claim against his publication, instead of being deprived of his liberty for two years. U Htin Lin Oo, also released the 17th, would not have gone to jail for the “crime” of telling a public forum that Buddhism was a religion of peace, after a group of fanatical monks claimed hurt feelings.

Many of the changes proposed by the commission are long overdue. These people deserve their freedom; not one deserved to be locked up in the first place. We hope their ordeals are remembered as an embarrassment, and the next challenge for this government is to repeal outdated laws to ensure that they are never repeated.