The decision to move the country’s financial year to an October-September timeline will not only cause headaches regarding tax collection, it will also further erode trust in an administration that is yet to prove it can effectively manage the economy.

IN LATE October, the Pyidaungsu Hluttaw voted in support of a presidential proposal to amend the country’s financial year. The change means that, starting in 2018-19, Myanmar’s fiscal year will run from October 1 to September 30, as opposed to the current timeline of April 1 to March 31.

Speaking in parliament after the proposal was accepted, Deputy Minister for Planning and Finance U Maung Maung Win said the reason for the change was because Myanmar’s monsoon typically runs from June until October, halting business operations in several sectors during this period.

The change would, so the thinking goes, allow for several consistent months of business operations at the start of the financial year. But there are many questions to be raised about the change, not least what it would mean for tax collection purposes.

At the time of writing there is little clarity about what the changes will mean for companies operating in Myanmar.

The current assumption is that all companies conducting business in the country will need to change their year-end tax returns to align with the new dates. But this has not been confirmed. Whether or not this change takes place depends on the Internal Revenue Department.

Regardless of the IRD’s decision, the next financial year-end for all companies operating in Myanmar is March 2018, and all companies need to file their taxes by June 30, as usual.

After that, depending on the IRD, there are three possible scenarios:

The IRD decides not to change the tax year to be in line with the government’s fiscal year-end. This means there is no additional administrative burden on any companies or government departments, and business continues as usual.

However, this would cause issues for the government when it comes to tax collection and budget planning.

It is impossible for any organisation or government to properly plan an expenditure budget if it doesn’t accurately know how much revenue it has generated in the previous 12 months, and what it expects to collect over the following 12 months.

As a government’s main source of revenue is taxation, such a change would make it difficult for the current administration to accurately plan its budget for the following year.

The IRD decides to change the tax year to coincide with the government’s financial year, and companies are required to file a short six-month year-end set of financials for the period of April 1 to September 30, 2018. This would mean that after filing a 12-month tax return by June 30, companies will be required to file another return by December 31. For every year thereafter, companies’ tax returns would be completed in December.

This is the most administratively burdensome scenario for companies and the IRD in the short-term.

The additional work for the IRD will involve reviewing all of the additional tax returns. It currently takes between three and 12 months for the IRD to clear year-end returns, and unless the government plans to dramatically increase the size of the IRD (arguably something it should do anyway), it would simply not have the capacity to carry out its role efficiently.

The IRD decides to align the year-end to match the government’s, but instead of insisting on two returns, companies are required to file one 18-month return, encompassing April 1, 2018, to September 30, 2019.

In the short-term, this would be the least administratively cumbersome, but would have a hugely disruptive influence on the government’s budgeting process for the next three years.

When the next budget year starts, the government will know how much tax revenue it has collected, or is due to, up to March 30, 2018. However, it will not know with any degree of accuracy how much it will expect to collect between April 1 and September 30 2018. When it plans the new budget year, it will be doing so based on outdated information. 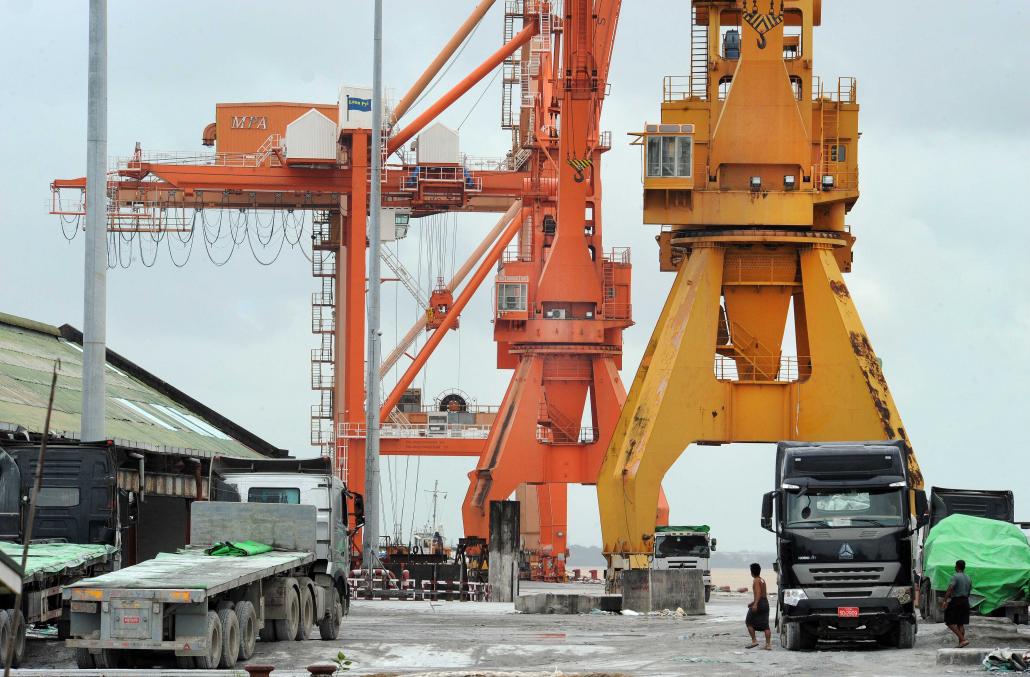 Foreign companies considering investing in Myanmar may hold off until the ramifications of the fiscal year change become clear. (Steve Tickner | Frontier)

None of the possible scenarios described above are particularly attractive for domestic or foreign companies. For all companies, these changes will be frustrating and expensive in terms of professional fees and time management.

They could also put off potential investors.

Foreign investors eyeing a potential move into Myanmar will likely wait until the ramifications of these changes are clear before making a final decision. They may even decide to wait until the new budget year has begun before investing, thus avoiding additional administrative work. In the time it takes for the situation to become clear, they may decide to invest in neighbouring markets that are more attractive, such as Cambodia and Vietnam.

While it has been argued that potential investors are waiting for laws like the Companies Act to be amended, in reality most companies are looking at a number of options, including keeping an eye on other markets. The actions of the government are being scrutinised by investors and advisers on a daily basis. It is worth noting that Myanmar is not the only emerging market in the world, or even the region, and a company may decide to invest elsewhere.

Amid the confusion, the most damaging aspect of this year-end change is not anything tangible, but the fact that it erodes trust businesspeople have in the government even further. The year-end change is just the most recent in a line of announcements that the government has made in the past year that have taken place without an effective consultation process and without sufficient time for organisations to adapt.

Changing a financial year for an entire economy does not necessarily have to cause chaos and headaches. There are many measures that could be taken to improve investors’ confidence: conducting rigorous consultations; listening to stakeholders; establishing a clear timeframe; setting in place clear guidelines for what is to be achieved during the transition period; and giving government departments time to adjust to the proposed changes. These measures could make the process relatively painless and may benefit all parties.

Pushing through a poorly considered change with no consultation and minimal warning will only cause headaches for companies operating in the country.

The benefits of such a change also appear to be minimal.

The government has argued that it would allow for consecutive months of business to be conducted at the start of a financial year, but this argument fails to take into consideration the fact that there will always be a four to five month rainy season, regardless of when the financial year begins or ends. Changing the year-end isn’t going to give construction companies more time to put up buildings, nor will it impact the peak tourism season. All it does is move the period of when they are not going to be active from the start to the end of the financial year.

Most importantly, this change will make companies interested in Myanmar question whether they want to operate in a country where the government makes costly and burdensome changes that deliver few benefits without at least consulting the private sector first.

Since the time of writing, the Internal Revenue Department has confirmed that the 2017-18 fiscal year will end on March 31, 2018. Companies will need to submit another tax return to cover the April-September 2018 period.