YANGON — Chinese banks have frozen the accounts of more than 100 commodities traders in northeast Myanmar in a bid to clamp down on smuggling and illegal gambling, state media reported Tuesday.

Myanmar’s government has been negotiating with Chinese officials since the accounts were suspended last week by three banks based in China’s Yunnan province, according to the state-run Global New Light of Myanmar.

Many of the accounts belonged to Myanmar merchants who trade foodstuffs, such as rice and pulses, which are often exported to China through the border town of Muse in eastern Shan state.

“These accounts were frozen after their (China’s) crackdown on 27 illegal rice trading gangs in recent days,” Soe Tun, vice-chairman of the Myanmar Rice Federation, told AFP.

He estimated that up to 1,000 accounts had been frozen — a figure not immediately confirmed by the three Chinese banks affected: the Agricultural Bank of China, China Construction Bank and the Industrial and Commercial Bank of China.

“This freeze is the worst in decades,” Soe Tun added. “Although some accounts were frozen in the past, it wasn’t that many — about four to five to 10 at the most.”

According to Myanmar state media, some of the accounts were also suspended over “possible links to illegal internet gambling.”

The Chinese embassy in Yangon said the accounts had been closed to “combat illegal border trading” and it was working with both sides to resolve the issue.

After receiving complaints from Myanmar traders, the ministry of commerce said it had asked the embassy to resolve the issue and inform those affected of the reasons their accounts were frozen.

“We are still negotiating,” a ministry official said via phone.

Chinese authorities often confiscate rice and other foodstuffs at the border due to restrictions on imports and because of confusion over tax issues as the levy paid in Myanmar is lower than in China, according to local media.

Border trade between the two countries was also disrupted in November when armed groups launched a major attack on Myanmar’s military close to Muse, sparking the most intense fighting for decades in the conflict-racked region. 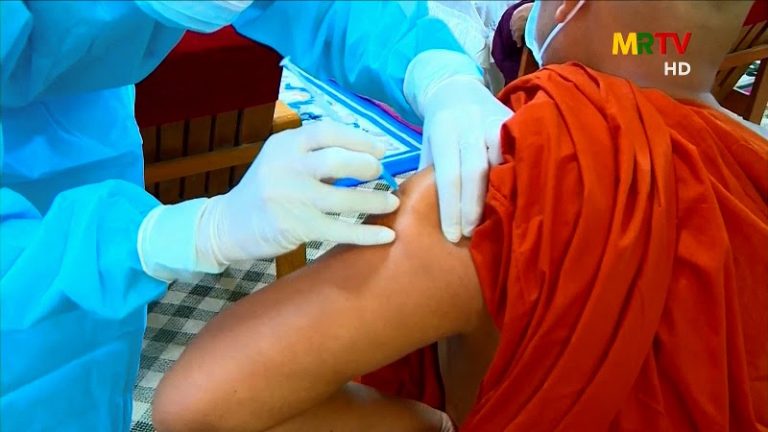 Loathing of the military regime and distrust of China have wrought havoc with the national COVID-19 vaccination campaign, which launched just days before the coup.
BY John Liu