The economic slowdown in China will not affect its position as Myanmar’s most important trade and investment partner, but there are challenges ahead.

While the rest of Southeast Asia has been reeling from China’s economic slowdown, Myanmar has remained relatively immune to the regional contagion with its economy likely to grow at least 8 per cent in the fiscal year ending March 31.

China has already accounted for a big share of foreign direct investment in fiscal 2015-16, with US$665.5 million by November, second only to Singapore’s $2.1 billion, show figures from the Directorate of Investment and Company Administration. China is still by far the single largest investor in Myanmar, with $15.4 billion since 1989, compared with Singapore’s $10.9 billion and Thailand’s $10.3 billion.

In trade, China accounted for about 37 percent of Myanmar’s exports last year and 31 percent of its imports, the latest World Bank figures show. Nearly half was border trade, which showed little sign of slowing in 2015. Bilateral trade was $9.7 billion in fiscal 2014-15 and had reached $7.4 billion by November 2015, show Commerce Ministry figures. At Muse, the busiest border crossing, bilateral trade was $3.3 billion from April to November 13 last year, compared with $2.9 billion in the same period in fiscal 2014-15.

Trade in precious minerals such as jade may be hit by declining demand in China this year. “The recent sharp drop in sales at the annual gems emporium could be a symptom of this,” said the World Bank. The fall in demand for jade could also be the result of greater scrutiny of the trade after the recent exposé by Global Witness, which said exports totalled a whopping $32 billion in 2014, with most earnings off the books and going into the pockets of the elite.

Given the dubious record of China’s economic role in Myanmar under military rule, the next government faces a huge challenge coming to terms with its giant trade partner to the north. Many Chinese investments were made in far from transparent deals with the previous military regime to exploit Myanmar’s natural resources for China’s benefit. It was concern about overdependence on China as an economic partner, rather than western economic sanctions, that pushed the military into opening the country up, both politically and economically, many observers believe.

President U Thein Sein’s decision in 2011 to suspend the controversial $3.6 billion Myitsone Dam project, which would have delivered hydropower to China, will probably go down in history as his administration’s second most daring policy move, after the decision to open a political dialogue with Daw Aung San Suu Kyi. Bilateral border relations have been set back since the Myitsone decision, with conflicts escalating in the Kachin, Kokang and Wa territories, all of them border areas where China wields great influence. As a new government under the National League for Democracy prepares to take power, some observers are suggesting it adopt a pragmatic approach to China.

“The rise of China is reshaping the world, and nowhere else will its impact be felt more strongly than in neighboring Burma,” historian and author of Where China meets India: Burma and the New Crossroads of Asia, U Thant Myint-U wrote in Foreign Policy magazine on January 12. “The incoming government will have two key priorities: developing Burma’s economy and ending its seven-decade-long civil war.”

China will continue to play an important role as both a major investor and trade partner with Myanmar, with most of that trade conducted over their common border. Yunnan Province is heavily dependent on Myanmar for oil and gas from pipelines originating in Rakhine State and for other commodities.

“The economic growth of China’s Yunnan province depends on Burma,” wrote U Thant Myint-U. “Now is the right time for Burma to reset its engagement with its giant neighbor.” Important elements of the re-engagement will include finding a more equal partnership, in which both the Myanmar government and people get a better deal from Chinese investment.

A more equitable partnership could also make a positive contribution to the peace process in border areas. “It’s time for both Burmese and Chinese leaders to recognize the need for a reset and to start making it happen,” wrote U Thant Myint-U.

Peter Janssen is a journalist with 35 years experience in the Southeast Asian region. He was Bangkok bureau chief for DPA and worked for numerous publications including Time Magazine, Fortune, Newsweek, the Economist Intelligence Unit, The Banker and FDI magazines. 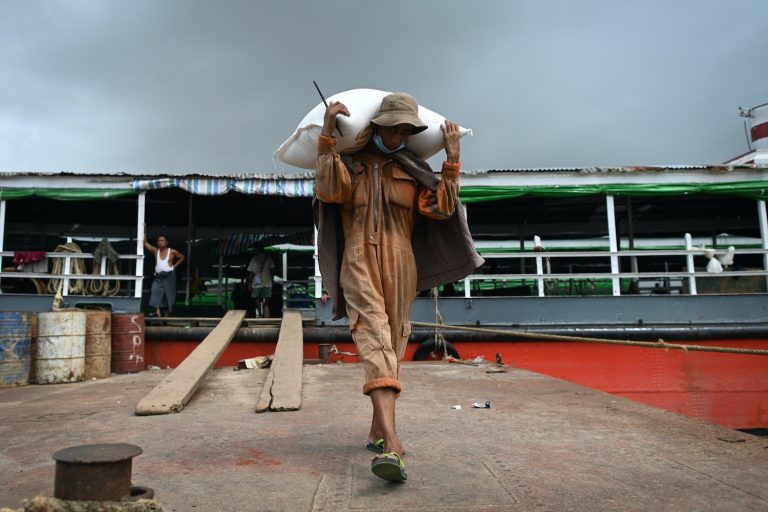 The government is planning to purchase paddy at a floor price set to ensure farmers get a decent return and some rice traders are also pushing for another round of rice-buying to maintain the country’s reserve stocks.
BY Htin Lynn Aung

All bets are off in the race for Myitkyina