Chin women and the ethics of tourism

Elderly tatooed Chin women in Rakhine State welcome tourists as a source of income, but visitors and guides fear a “human zoo”.

VISITORS TO the ancient temple site of Mrauk-U from the Rakhine State capital Sittwe can, if they wish, encounter some living heritage along the way.

Following an established but still lightly travelled path, Frontier rode by boat for two hours to a cluster of ethnic Chin villages on the banks of the Laymro River.

U Myint Zaw, a 43-year-old tour guide based in Mrauk-U, said that there are 10 Chin villages in the area, each with 200-250 residents. Tourists mostly visit to glimpse the dark blue, web-like patterns tattooed onto the older women’s faces.

Facial tattoos are seen only on older women in a small number of Chin communities in Rakhine and southern Chin states. The origins of the practice are disputed, but it almost certainly wasn’t meant to attract visitors.

Daw Paw Lin, 68, whose face is etched with dozens of faded blue lines, said it serves to identify which clan the bearer belongs to, because each has their own pattern.

Others say it once protected women from abductions for marriage by rival ethnic groups or the kingdoms on the surrounding plains, by making Chin women less desirable. Some, however, see it as a sign of beauty.

Daw Lay Tao, 74, said she was proud of her tattoos, and that she grew up at a time when every young girl was tattooed between the ages of nine and 11. It took two days for them to be inked but a week for the swelling on their faces to subside.

“We sometimes cried because it was so painful,” she said.

However, younger generations have shunned the practice and many of the tattoo masters died without passing on their skills. When Paw Lin, Lay Tao and their peers pass away, the living tradition will likely pass with them.

Paw Lin, like other Chin locals, is also known by a Rakhine name, Sing. The residents can speak Rakhine and Burmese as well as their own Chin language.

Paw Lin and Lay Tao were both born elsewhere and moved to Pann Paung after marriage. Lay Tao explained that, in former times, men would seek wives through the help of their families; word of an eligible bachelor would pass from village to village until a partner was found. 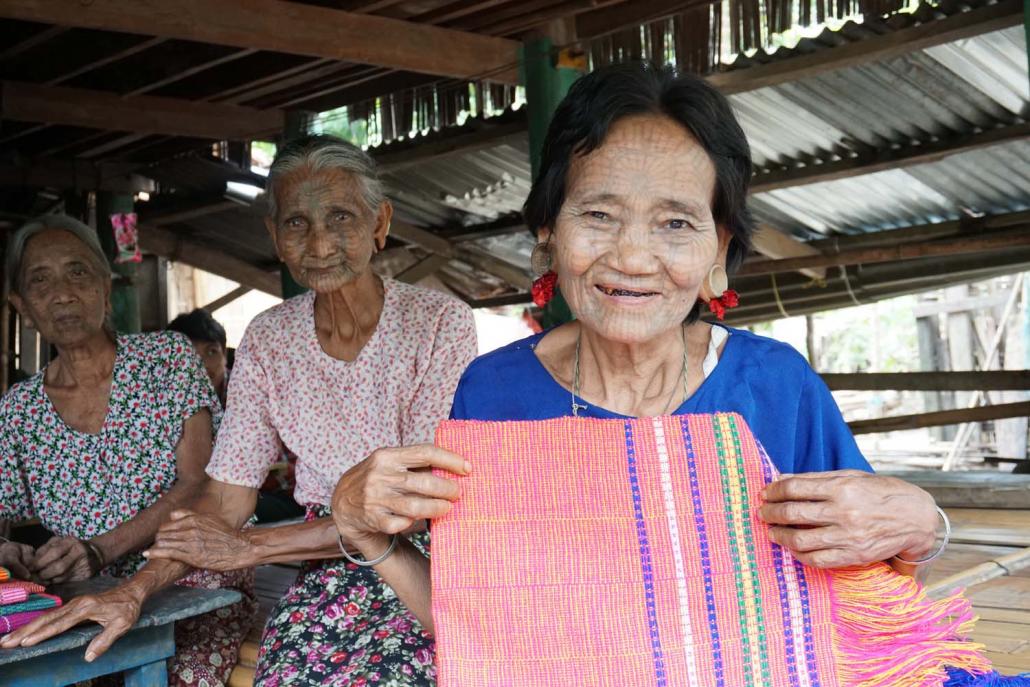 Paw Lin said she had been married three times. After previous husbands died, the strain of raising children alone prompted her to seek new partners.

Villagers have traditionally grown and cut bamboo for a living but a new cottage industry – weaving scarves to sell to tourists – had improved income and made life easier, according to Paw Lin.

Lay Tao said though her frail health forbids her from weaving, she earned a 10 percent commission selling scarves woven by her children.

The local women were eager for tourists to come and buy their products. Having grown accustomed to more visitors in recent years, they saw tourism as an opportunity to improve their lives.

In another village called Cho May, 68-year-old Daw Cho Lim welcomed visitors in front of her small shop. Her face bore tattoos, but her 60-year-old sister’s did not.

Her shop sells goods to locals, rather than tourists, but she told Frontier she was happy to meet visitors. The village receives 10-20 visitors a day during the peak tourist season, which in Myanmar runs from November to February.

“I am waiting for [tourists] all the time. When any of us sees one coming, we shout ‘Ingaleik!’ to let people know and everybody gets excited,” she said, using a term derived from the word “English” but used throughout Myanmar to denote Westerners.

“It is great to see visitors because I had never seen them previously. We can make friends,” said Cho Lim, who favoured more tourism development. She pointed to a local school, monastery and water tank, all built with donations from foreign visitors.

Having lived in the village all her life, she said she would find it impossible to live in a town or city. If it weren’t for tourism, she would never meet foreign visitors, she said.

The visitors themselves are less sure about their own presence. Though five-star reviews abound on the TripAdvisor page for the Chin villages, some have expressed misgivings about the encounter.

One wrote that “the experience veered too much into a ‘zoo’ mode that made me quite uncomfortable”.

“I felt like I was intruding into their lives,” another wrote.

Former tour guide U Htun Shwe, 55, has witnessed the area’s slow development into a minor tourist attraction over two decades. 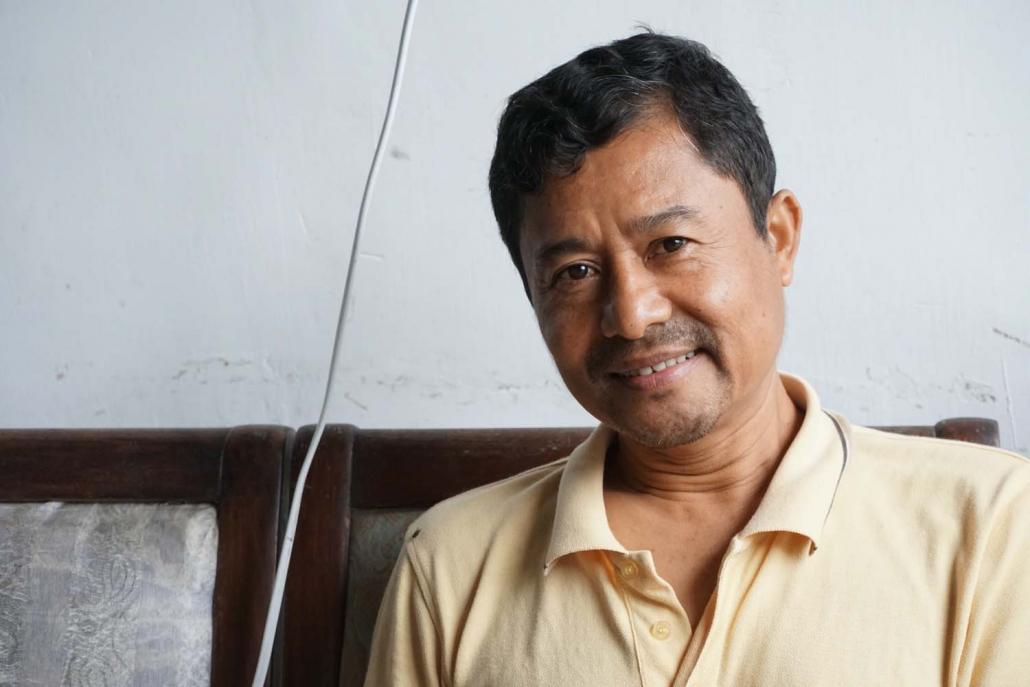 “At the start, the Chin villagers didn’t want visitors,” he recalled. “We convinced them that tourism means development of the local economy.”

He said travel agencies also had to wrangle with the government, which eventually agreed to allow foreign visitors into the area. However, he said there was a troubling lack of rules and guidelines that could put tourism on a more sustainable footing.

For example, he said guides should be made formally responsible for reminding tourists not to take photographs of local people without their permission. Currently, some don’t.

To avoid overcrowding, he said, experienced boatmen move onto other villages when they see village-side riverbanks lined with moored boats; but this should be established as a firm guideline for the benefit of new guides and boatmen.

Frontier’s guide, Myint Zaw, said the nature of the experience – whether felt as intrusive or illuminating – was a matter of personal perception.

“Some people feel they are disturbing the villagers, but they are actually doing no harm,” he said, adding that tourists just need to take a respectful interest in the culture and history of the people.

Thousands have fled western Chin state after days of fighting between anti-junta dissidents and the military, during which soldiers bombed civilian homes, residents and media said September 22.
BY AFP