A renowned author is pioneering inclusive tourism within the Kayan community of remote Kayah State through an internationally funded project.

PASCAL KHOO THWE spent his 24 years in exile in England, Norway and Thailand writing, cooking, teaching and researching. Best known for his autobiography From the Land of Green Ghosts: A Burmese Odyssey, the writer returned to his hometown of Pekon, in southern Shan State, in 2012.

Since 2014, Khoo Thwe has been working with International Trade Centre to devise inclusive strategies for tour guides, artisans, and local families in Kayah State. ITC is working with the Ministry of Hotels and Tourism and organisations in Europe to increase the state’s visibility with international tour operators, under a project that runs to the end of 2017.

The main attraction in Kayah State is the Kayan ethnic group. Also known as the Padaung – a Shan term – they are famous for the brass neck rings worn by the women.

Most tourists visiting Kayah State travel more than an hour from Loikaw to a Kayan village, spend 15 minutes taking photographs and leave. Thanks to the ITC project, that 15-minute experience has transformed into an entire day of activities, such as sausage making, trekking and ox-cart rides.

ITC has been working to create meaningful connections between tourists and locals at two villages, Pan Pet and Ta Nee La Leh. Tour guides receive extensive education about the history and culture, while workshops deliver the resources to both sustain the farming livelihood and host tourists.

Proud of their brass rings, the long-necked Kayan women tell their story and accept gifts – practical items, like laundry detergent – from tour guides instead of asking tourists for money. ITC has even created signs that encourage visitors to “make friends before taking photos” by learning simple phrases in Kayan language.

“We are focusing on the three S’s: safety, story, and service,” said Khoo Thwe.

As Myanmar’s smallest state, Kayah’s proximity to Thailand means there is significant potential for tourism. The ITC project seeks to prepare the community so that it can meet that demand.

ITC gives both villages training in business planning, hospitality, food safety and hygiene, and water waste management. These are mutually beneficial because they provide residents with professional skills and ensure a sanitary environment for tourists. They respect their Buddhist, Christian or animist beliefs by conducting trainings that fit their needs.

Pan Pet and Ta Nee La Leh have no shortage of fascinating stories to tell, and ITC works with the two villages to document these. Since the 1980s, the Kayan women of Pan Pet village have been taking refuge in territories controlled by rebel armies near Thailand. The brass rings are such a novelty that the women were taken to Bagan, Inle Lake and Thailand and exploited by businessmen to partake in an artificial tourist experience.

At Ta Nee La Leh, residents have stayed true to their animist roots. They hang chicken bones on doorways to ward off spirits. The village shaman uses chicken bones to predict quarterly harvests. They hunt mountain goats and hang the skulls beside their hunting shrine.

ITC is undertaking a form of social engineering. This comes with significant challenges that are heightened in the evolving political and economic climate.

One challenge is the lack of infrastructure planning in the tourism industry. Poor planning means structures, including hotels, are compromising the integrity of nearby historical sites. There is plenty of money floating around, but investors are more interested in a quick buck than curating an ideal destination, Khoo Thwe said.

“[Myanmar] needs a ‘wow’ factor. We need original, authentic experiences that incite emotion and empathy. Kayah State’s got rice wine and pork sausage, but no one would come here just for rice wine,” he said.

He deliberately took on this project because its values align with his purpose for writing: preserving culture and educating others. Khoo Thwe wants to empower Myanmar youth to be creative, progressive thinkers.

“I hope to inspire flame in their hearts that there are other ways [to do things],” said Khoo Thwe, referring to what he believes is an overemphasis on marriage and money.

He hasn’t given up writing. Khoo Thwe has been collecting material for a new novel. Three, in fact: he hopes to write a three-part generational trilogy spanning 1900 to 2000. Khoo Thwe also has a jungle cookbook in mind, inspired by food preservation such as salted meats, sour vegetables, and of course, rice wine.

For now though now the focus is on teaching visitors about Kayah State’s customs and attempting to balance tradition with technology. ITC is engineering a tourism model that delivers sustainable, long-term opportunities and preserve generations of oral storytelling in a place where the spirits live on. 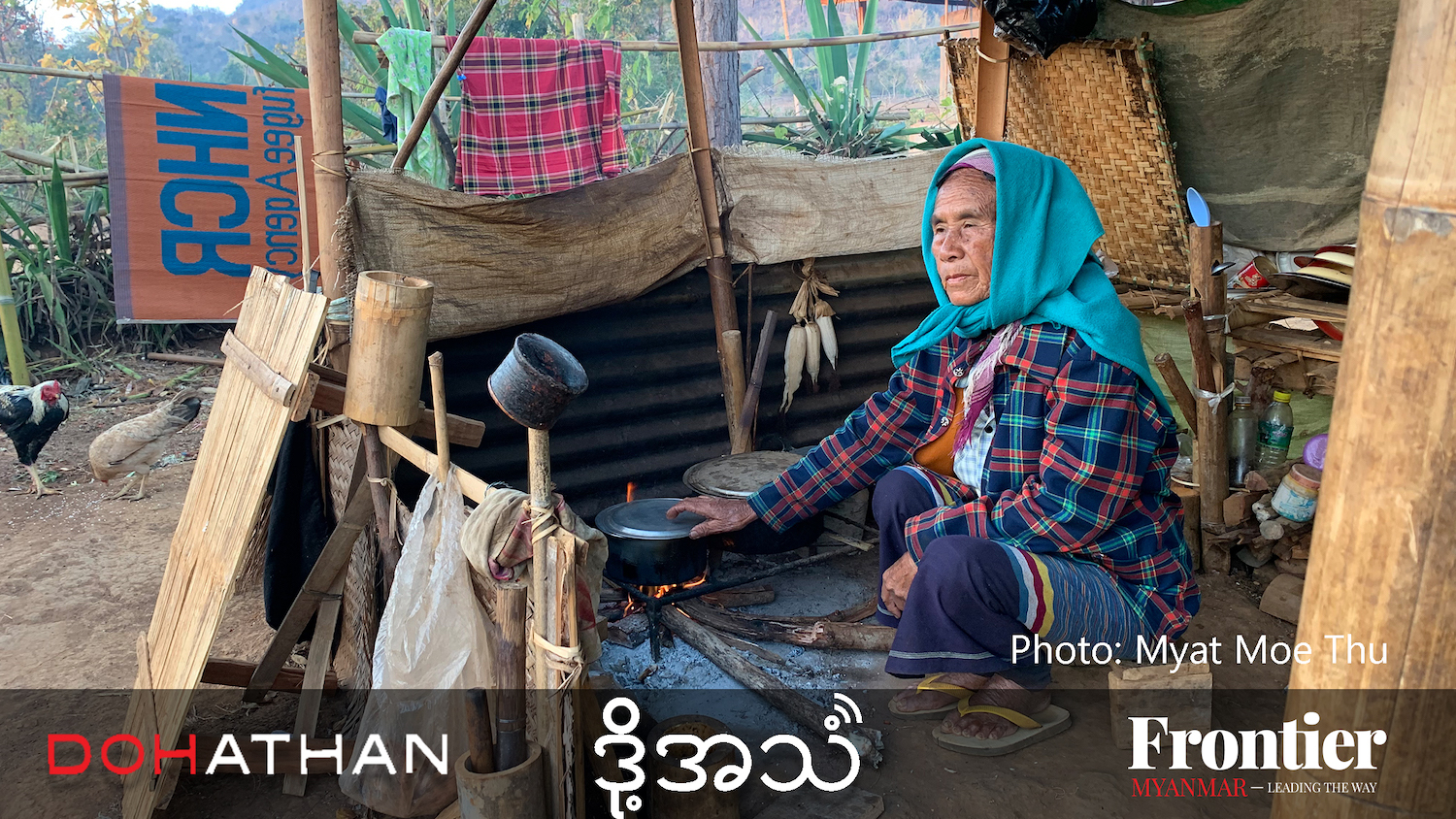 Aid and healthcare cut off in Kayah conflict