Calls for overhaul after 72 die in Sagaing ferry disaster

YANGON — A total of 72 people died when an overloaded ferry sank in central Myanmar, local officials said Thursday, calling for an overhaul of the creaking boats that ply the river as the search effort ended.

Scores of teachers, students and workers were packed into the crowded boat when it capsized in the early hours of Saturday as it chugged along the Chindwin River.

More than 150 people were rescued alive, but dozens more perished as the vessel swiftly sank about 72 kilometres north of the city of Monywa.

Dozens of bloated corpses have been swept downriver, while others were found trapped inside the broken shell of the boat as rescue workers hauled it to the surface.

“We got 72 dead bodies in total … 14 men and 53 women were taken from the boat, and another five dead bodies which were carried away by the water.

“We have concluded our salvage today.”

Family and friends have identified 44 of the bodies, local authorities said, but the rest were decayed beyond recognition after days in the water.

Four workers on the boat were arrested after it sank, but the boat captain and the owner have fled.

Boat accidents are common in Myanmar, where many people living along its flood-prone river systems rely heavily on often overcrowded ferries for transport.

Regional lawmaker Tun Tun Win said the central government needed to upgrade the boats that operate on the Chindwin River, which most locals rely on for transport.

“This morning, I helped at the funeral of a doctor who died when the boat sank. Her wedding was planned for yesterday,” he said.

“The union government should improve the transport system. These kind of incidents been happening for a long time along the Chindwin River. Young people shouldn’t have died,” he added, confirming the final death toll. 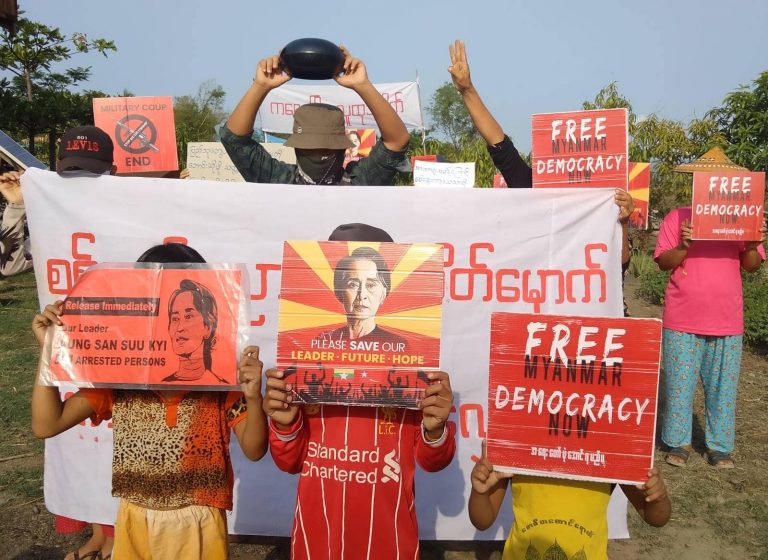