Boom-time on the fringes

As the market cools for condominiums, office space and hotel rooms, industrial land is shaping up as the next big thing – but for foreign buyers it’s a complex market that needs to be treated with caution.

IN RECENT months it’s become popular for pundits to herald the death knell of Myanmar’s real estate market. As office rents decrease and condominium projects stall, it’s easy to understand why. However, to write such an obituary would be to ignore the genuine opportunities still available in the market, and to neglect the search for the next up-and-coming sector.

One potential contender for the title of most promising is the industrial sector, where we are already beginning to see the first signs of growth. This market segment is likely to yield many opportunities in the coming years, even as others struggle.

At Slade Property Services (SPS), we’ve seen the number of enquiries about industrial land and buildings more than double over the past year. Whereas a few years ago everyone wanted to talk about hotels and condominiums, now investors are seeing the real potential in the industrial market.

We’re undertaking industrial-themed work – both transactions and valuations – in every corner of Myanmar. From the best-known zones in the major cities to the most remote and rural sites, things are definitely moving.

One sign of confidence in this particular sector can be seen in the number of new industrial zones and special economic zones opening up. In 2015-16 alone, SPS was involved in new industrial zone projects in Mawlamyine, Mandalay, Pathein and Yangon.

In Mawlamyine, for example, an existing industrial zone near the city was not well-located and suffered from poor infrastructure – for example, it was reached by a bridge that was unsuitable for industrial trucks. As a result, local investors and developers have built a new industrial zone adjacent to the Thanlwin River and the Yangon-Dawei railway line to benefit from the area’s strategic location close to the Andaman Sea and its fast shipping routes.

In Mandalay, the existing industrial zones on the periphery of the city are being challenged by new zones, such as the Mandalay Myotha Industrial Park, which is 90 minutes’ drive to the southwest of Mandalay and benefits from a new port on the Ayeyarwady at Semeikon that was built by the same developers. There’s also the Mandalay Industrial Trade Centre, at the point where the Yangon-Mandalay Expressway hits the southern boundary of the city.

Both of these projects provide much higher levels of infrastructure and more centralised zone management than existing industrial zones. In addition to these sites, many landowners between Mandalay and its airport are keen to exploit the area’s excellent road, rail, air and river connectivity by developing small industrial or logistics parks on their land.

This is prudent. Because of its position at the heart of road connections between India and Thailand, and on the Kyaukphyu to Kunming gas pipeline, Mandalay will only grow in importance as a distribution hub. It is very early days for these developments, but they will all be well placed to benefit as Myanmar’s economy and its cities expand. 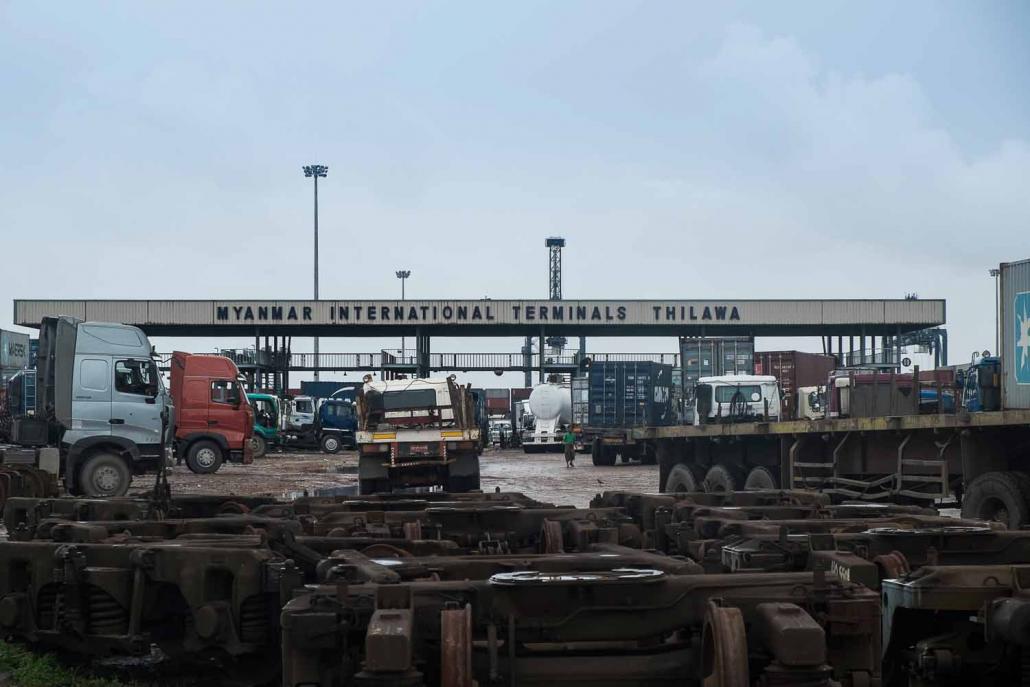 As for Yangon, the US$1.5 billion, 2,400 hectare Thilawa Special Economic Zone in Thanlyin township continues to go from strength to strength. The first phase of Zone A in the SEZ was completed in September 2015 and will eventually contain about 100 factories and employ 50,000 people. A second phase, also part of Zone A, is nearing completion.

A joint venture between Myanmar and Japan, the project has been a great success so far. More than 85 percent of the land in Zone A is already reserved. Zone B, which will contain further industrial land as well as residential and commercial developments, is in the planning stage, with construction due to begin soon.

While supply is increasing, demand also looks set to rise. US President Barack Obama’s recent decision to lift sanctions is likely to mean more international companies looking to enter the market. Changes to foreign investment laws and regulations are also starting to have a positive impact, bringing new potential occupants into the market.

As this process continues, wholesale and logistics companies will be some of the key drivers of market growth. Over the past year, SPS has already worked with a number of big names in these sectors to help them expand their operations into Yangon and Mandalay.

Demand is also building in the garment-manufacturing sector. Myanmar is becoming an increasingly attractive proposition for industrial operators priced out of more established markets such as China, Indonesia and Vietnam, where costs are increasing. Large clothing brands such as Marks & Spencer and H&M have begun to source garments from the country.

The recent introduction of a minimum wage of K3,600 per day may have increased costs for local operators, but it remains lower than in many other locations in the region, so it seems unlikely that this will have a particular impact on the popularity of industrial investments. Indeed, international investors and developers are already looking for locations in which to set up specific garment factory zones.

As Myanmar’s infrastructure improves, it will become even more attractive. For this reason, infrastructure is a key government priority and countries such as Japan and South Korea are investing a great deal of money and expertise in building up transportation systems. Road, rail and port facilities are being upgraded, making more locations accessible to Yangon and the rest of the region.

Despite these opportunities, however, industrial real estate still remains a complicated and opaque market, and can be difficult to navigate.

For a start, land pricing can seem illogical by the usual international standards. Land in Hlaing Thayar Township, for example, which suffers from a high crime rate and poor infrastructure, is some of the most valuable in Yangon Region – often more expensive than land in new, well-managed industrial zones such as the Thilawa SEZ. This can make assessing an appropriate price for land or warehouses very difficult.

Secondly, facilities and quality vary hugely from site to site and zone to zone. Comparing different sites when selecting a suitable property can be a case of comparing apples and oranges, with some sites in very basic condition, without even proper boundary fencing or land filling works, and others fully prepared with fencing, electricity, water, drainage and other infrastructure. 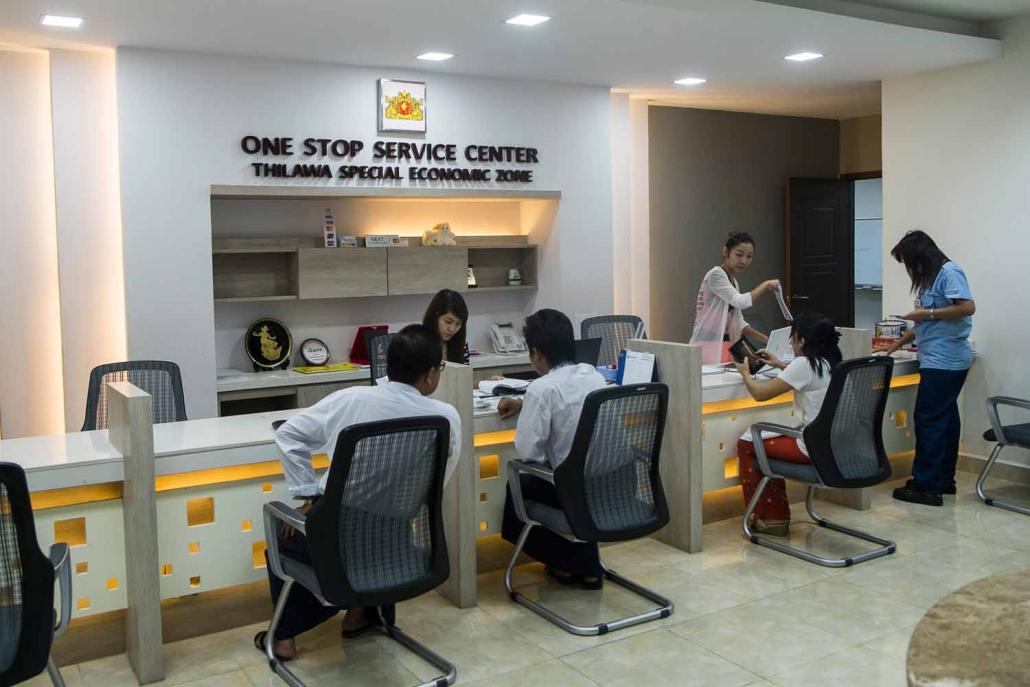 More than 85 percent of the land in Zone A of the Thilawa Special Economic Zone has already been reserved, while construction is expected to begin on Zone B in the near future. (Teza Hlaing / Frontier)

While the state of the site is usually up to the landowner, amenities such as power, water, drainage and rubbish collection are largely down to the management of the industrial zone in question. Such matters can have a huge impact on value and operating costs, so it is important to look at the zone as a whole rather than just the site in question when choosing where to set up operations.

Furthermore, warehouse quality is still poor. The height of eaves is typically low, floor loading capacity leaves a lot to be desired, and many warehouses lack adequate yard space or loading bays for deliveries by large trucks. This is particularly true in Mandalay, where the typical plot size is much smaller than in Yangon. As a result, international tenants coming into the market are struggling to find stock of an adequate quality.

Luckily, this provides a key opportunity for canny landlords. In a number of industrial deals that SPS has worked on recently, landlords have offered to make considerable modifications to their land or properties – often at their own cost – in order to fit the requirements of tenants, particularly if those tenants are big-name companies, or are looking to take longer leases.

Similarly, some landowners are willing to build warehouses from scratch on their land, in line with tenant designs. They can see that investing in international-standard industrial space now will pay off in the long run and put them ahead of the pack when finding future tenants.

Until this attitude becomes the norm, however, a great opportunity exists for international warehouse developers to fill the current gap in the market by developing high-quality warehouses and factories specifically aimed at international tenants.

In the meantime, those landlords in possession of good quality stock are seeing strong rental performance. SPS research indicates that industrial property continues to provide excellent returns of around 15 to 20 percent a year. A severe lack of high-quality stock coupled with a growing number of international operators has seen rents in desirable locations remain constant, and in many areas even improve.

As with many elements of Myanmar’s opening up, industrial real estate has a few complications and hurdles to overcome to be truly competitive with the rest of the region. However, for investors, developers and occupiers, all the current signs are promising, and it looks like Myanmar is due an industrial revolution in the years to come.

This article originally appeared in Property Insight, a Frontier special report on the Myanmar property market, on December 15. 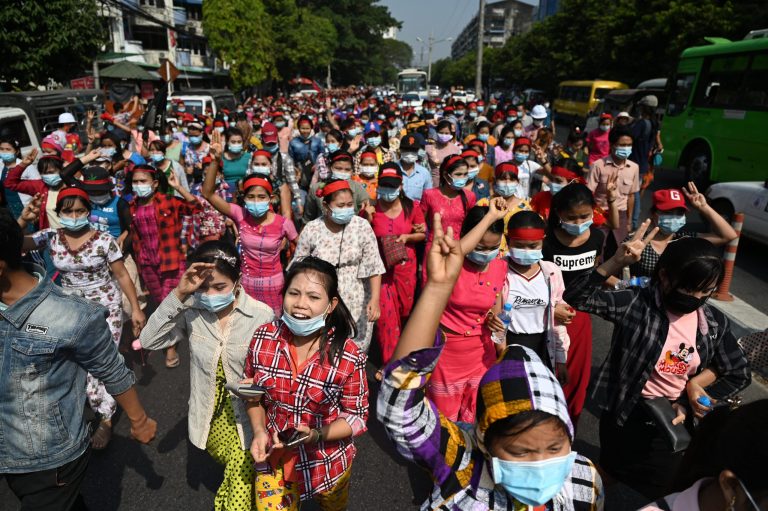 Unscrupulous factory owners have used the coup to cut wages and harass workplace unions, but successful strikes at two plants late last year have highlighted the determination of workers to resist exploitation and abuse.
BY Frontier 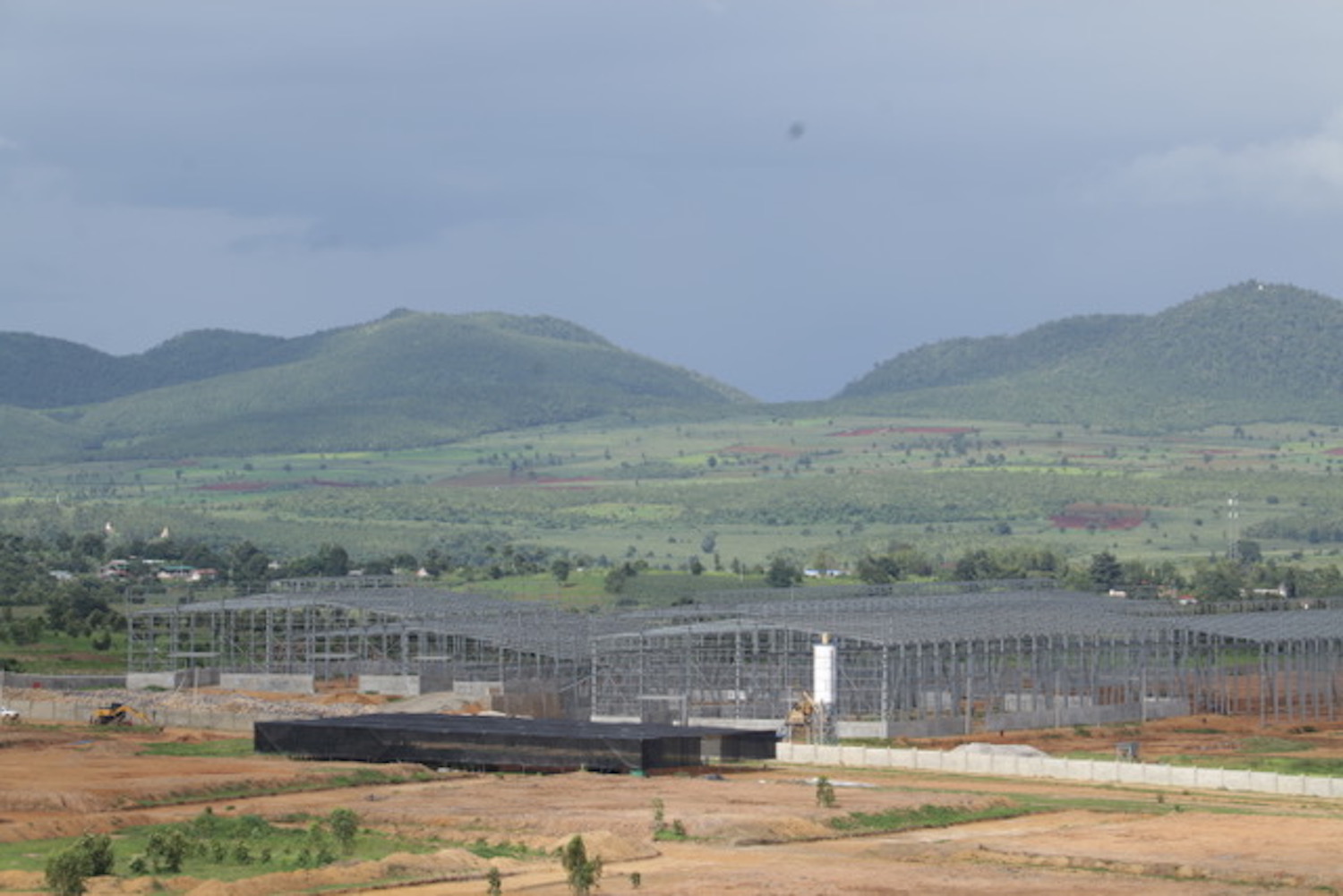 The scrap over Loikaw’s industrial zone 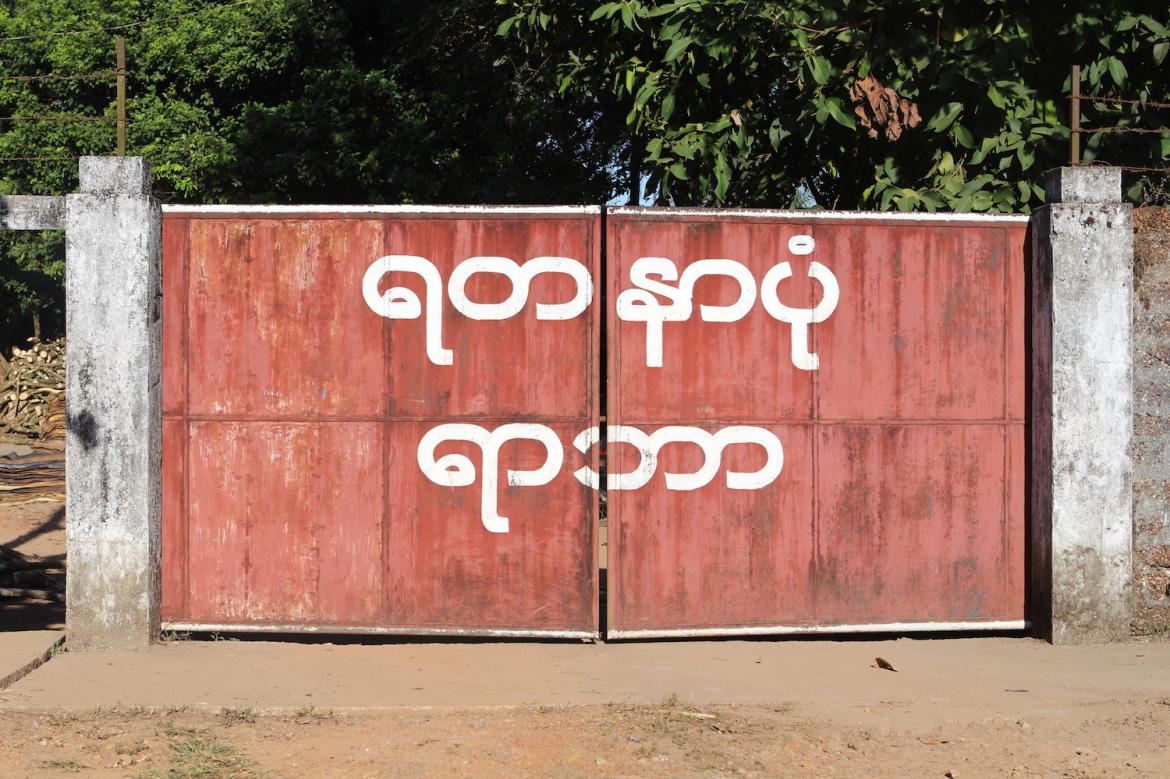