SINGAPORE — Daw Aung San Suu Kyi’s response to the persecution of Myanmar’s Rohingya Muslims is “indefensible”, Malaysia’s leader said Tuesday in a withering criticism of the Nobel Peace Prize laureate shortly before sharing a stage with her.

Mr Mahathir Mohamad, 93, said he was “very disappointed” by Aung San Suu Kyi’s failure to defend the Rohingya, a stateless Muslim minority driven from Myanmar in their hundreds of thousands last year by an army campaign that UN investigators say amounted to genocide.

Mahathir made his remarks less than an hour before standing alongside Aung San Suu Kyi for a stoney-faced photo shoot at the start of the ASEAN regional summit in Singapore, the kind of diplomatic gathering where she was once feted by contemporaries as a beacon of democracy.

“Someone who has been detained before should know the sufferings and should not inflict it on the hapless,” Mahathir told reporters in a reference to Aung San Suu Kyi’s long years of house arrest under Myanmar’s military junta.

“But it would seem that Aung San Suu Kyi is trying to defend what is indefensible,” he added.

Aung San Suu Kyi has failed to clearly condemn Myanmar’s army for its crackdown and has instead cast doubt on the veracity of Rohingya testimony of atrocities.

Mahathir, the outspoken leader of Malaysia — a majority Muslim country — also appealed to Myanmar to accept Rohingya as citizens.

“When Malaysia became independent in 1957, we had people of foreign origin…. but we accepted all of them,” he said.

“They are now citizens, they play a full role in the politics of the country, they are free they are not detained because of race or anything like that.”

Myanmar insists the Rohingya are interlopers from Bangladesh despite many living for generations in western Rakhine State and has long denied them basic rights and liberties.

The Rohingya crisis has dulled the diplomatic niceties that traditionally govern gatherings of the 10-member Association of Southeast Asian Nations (ASEAN) which is meeting in Singapore this week.

The bloc tends to shy away from any direct criticism of each other and promote consensus diplomacy.

But Mahathir has been much more willing to break with those diplomatic traditions.

Defenders of Aung San Suu Kyi say she has little control over Myanmar’s military in a country where the generals still have huge political power and independence.

But critics say her failure to use her huge domestic appeal to publicly castigate the generals or push for protection of the Rohingya makes her complicit.

Aung San Suu Kyi’s arrival in Singapore came a day after Amnesty International stripped her of its top award over her “indifference” to the atrocities committed by the military against the Rohingya.

The first stage of a long-delayed and deeply controversial plan to repatriate Rohingya refugees from Bangladesh to Myanmar is due to start on Thursday despite widespread opposition from rights groups to any forced return. 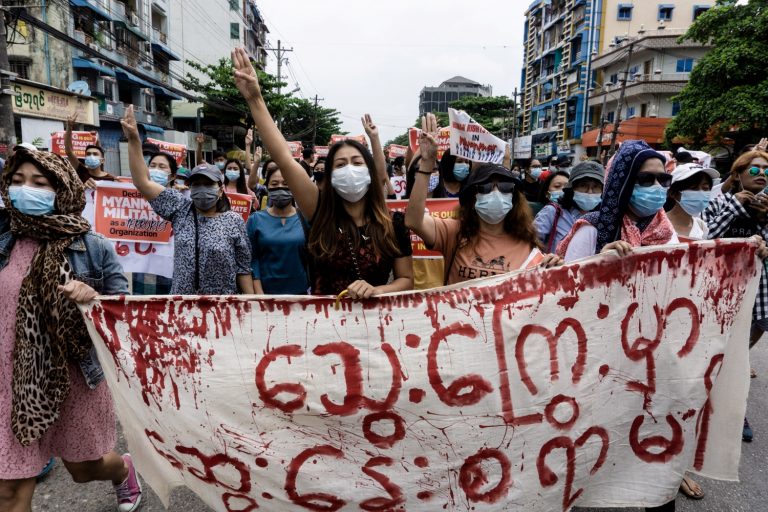