As economy prospers, consumers discover it pays to ensure

YANGON — It was only when Aye Aye Nge’s pharmacy burned down for the second time that she thought about taking out insurance, a novelty in impoverished Myanmar where most people either can’t afford to buy premiums or don’t trust those selling them.

The two blazes — one in 2010 and then in January this year — gutted much of the bustling Mingalar market in downtown Yangon, taking with it two shops and valuable stock belonging to the 73-year-old.

“I thought there couldn’t be a fire accident again after the first one,” she told AFP from her tiny new store on the fourth floor of a nearby building where the market has moved.

“I am going to buy insurance,” she added. “I must do it. I have lost (everything) twice already and am afraid of losing it all again.”

Many people chose to hide or bury their savings rather than deposit them in a bank.

For 50 years until 2013, the only insurance company in the country was a state-run monopoly after the junta closed down all rivals.

But the country’s dramatic transformation from military to civilian-led rule, capped by last November’s elections that spurred Daw Aung San Suu Kyi’s party to power, has begun to shift the fortunes of the economy.

The values and aspirations of Myanmar’s people are also changing.

Insurance firms are gambling that as people get richer, they eventually will do more to protect themselves — and their assets — in a country prone to natural disasters and with near non-existent health and safety standards.

Investment has flooded in and the country’s largest city Yangon is now filled with cranes and cars plying traffic choked streets.

But according to the government, just five percent of the country’s 600,000 drivers have any sort of insurance.

Likewise, few of the shop owners around the bustling Shwe Mingalar market have taken out protection measures, despite losing thousands of dollars in the recent fires.

After decades of junta rule, insurance is simply not a priority to the public.

“They are not interested at all,” admits Htay Paing, the deputy managing director of Grand Guardian Insurance Public, one of a host of new insurance companies.

Management consulting giant McKinsey believes the economy, if managed properly, could quadruple from $45 billion in 2010 to $200 billion by 2030.

That should be a boon to insurers.

Until 2013 the only insurer allowed to operate in the country was Myanma Insurance, which offered a limited number of products — including protection against snake bites in a country where the mortality rate from such incidents is twice as high as the world average. 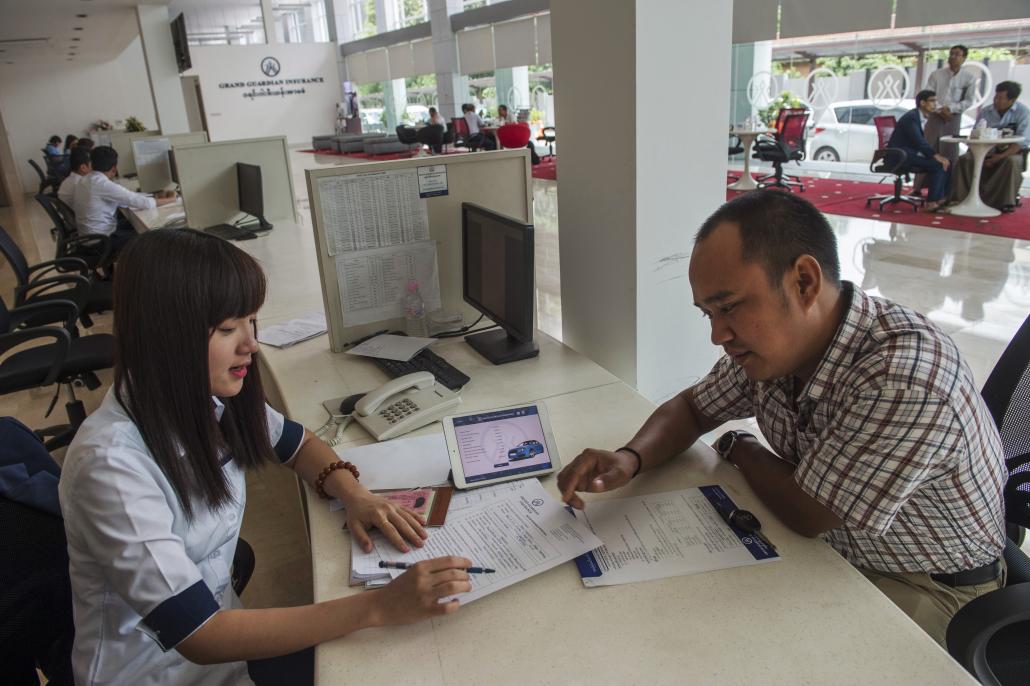 A car owner purchases vehicle insurance from a private insurance company in Yangon. According to the government, just five percent of the country’s 600,000 drivers have any sort of insurance. (Romeo Gacad / AFP

Competitors have since been allowed in alongside a handful of foreign companies.

“There’s absolutely huge potential in Myanmar, it’s a nearly untapped market,” an employee of a large western insurance broker who regularly travels to Myanmar told AFP, asking not to be named.

“But there’s currently very little culture of taking out insurance and the state still dominates the industry,” he added.

Myanma Insurance is able to offer more products, often at a cheaper premium.

But companies are nonetheless jostling to get a head start in the hopes that regulations will be further relaxed.

The rewards for those who get in early could pay off.

Asia Insurance Review, a website monitoring the regional market, believes Myanmar’s sector could be worth as much as $2.6 billion by 2030.

Meanwhile, US giant MetLife, which opened up a Myanmar office in 2013, has estimated that the life cover market alone could grow from just $1 million in 2012 to $1 billion in 2028.

Thanks to sanctions and severe import restrictions under the junta, Yangon’s empty roads were once enjoyed by a wealthy elite.

But more than half a million new cars have been added to the roads since the reforms — along with many more accidents.

While accidents bring business for mechanics, it is also convincing more people to pay for their peace of mind.

Su Hlaing Win, a 45-year-old company advisor, is one of a handful of new customers queuing up for a consultation at the swish, glass-fronted offices of Grand Guardian Insurance.

She was planning to insure a second car — premiums run at about an annual one percent of the car price — after an accident involving her first vehicle was sorted out through insurance.

“I drive more safely knowing that there will be something to help me. It gives me relief,” she said. 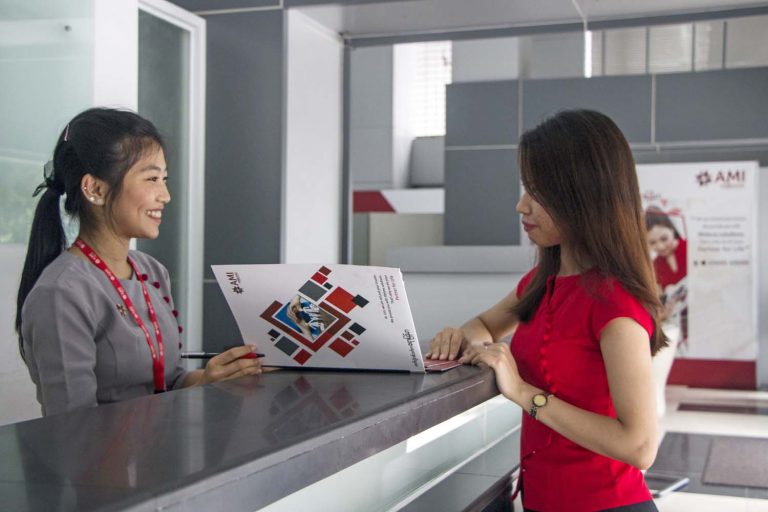 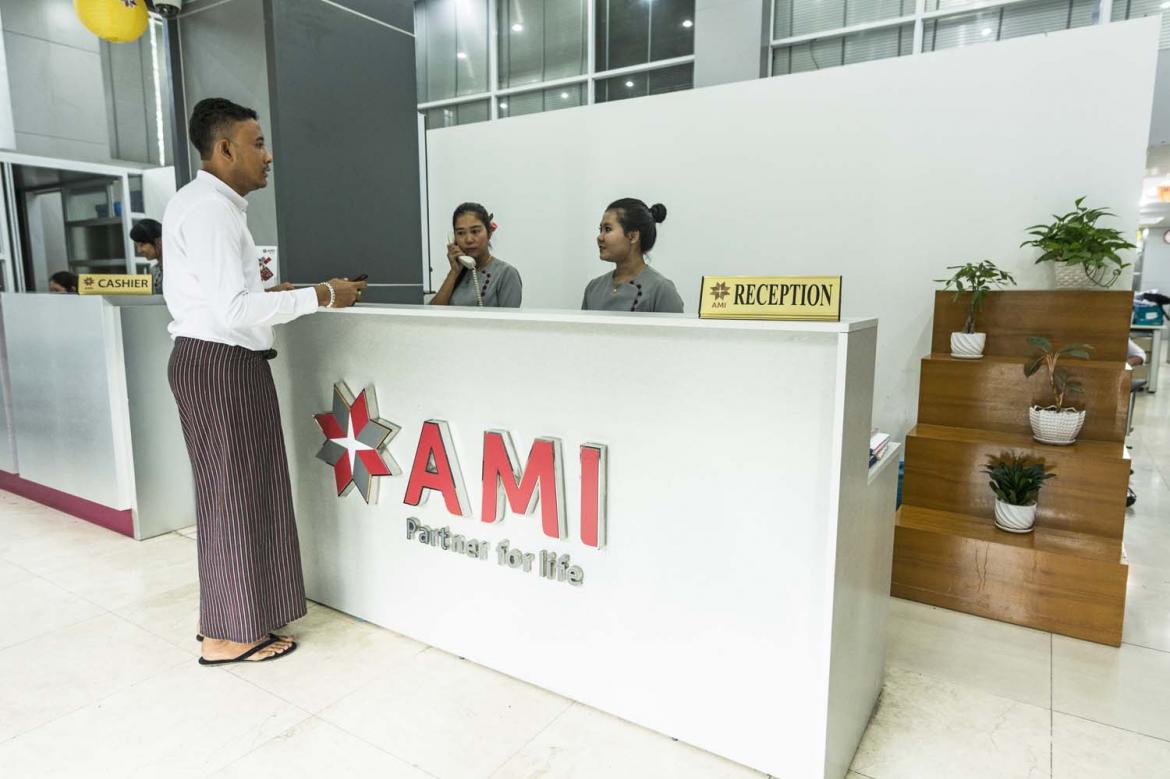 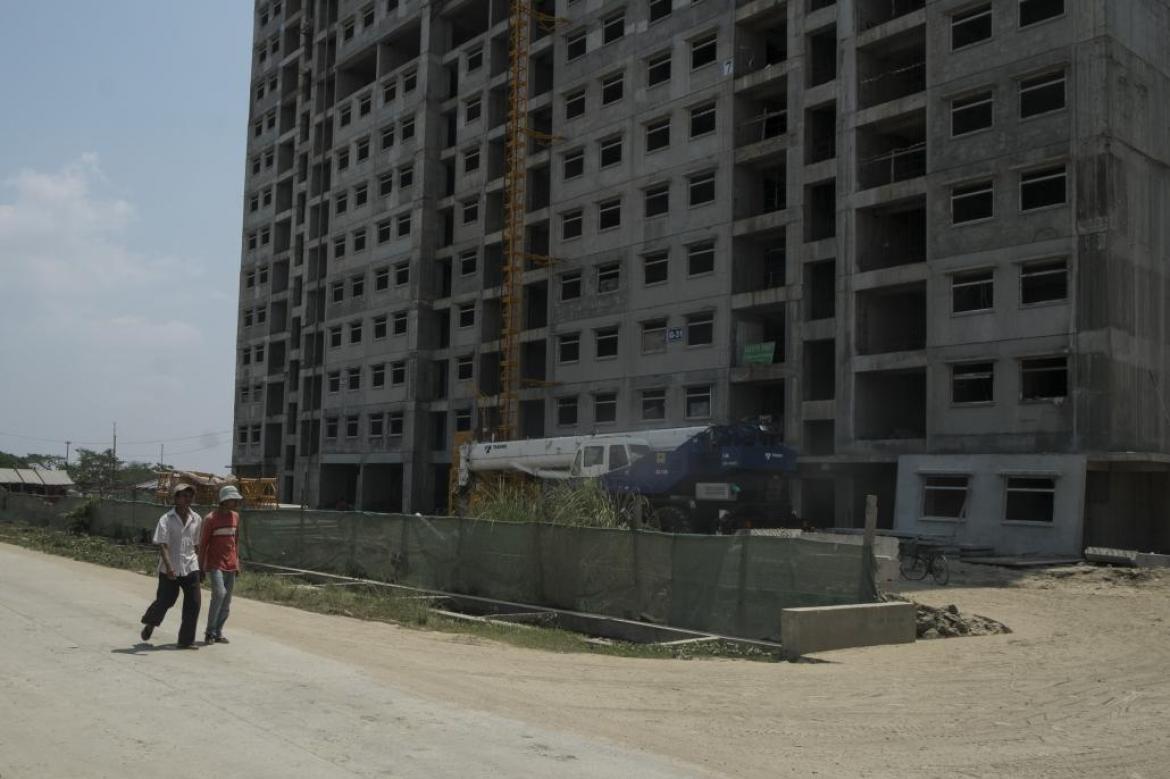 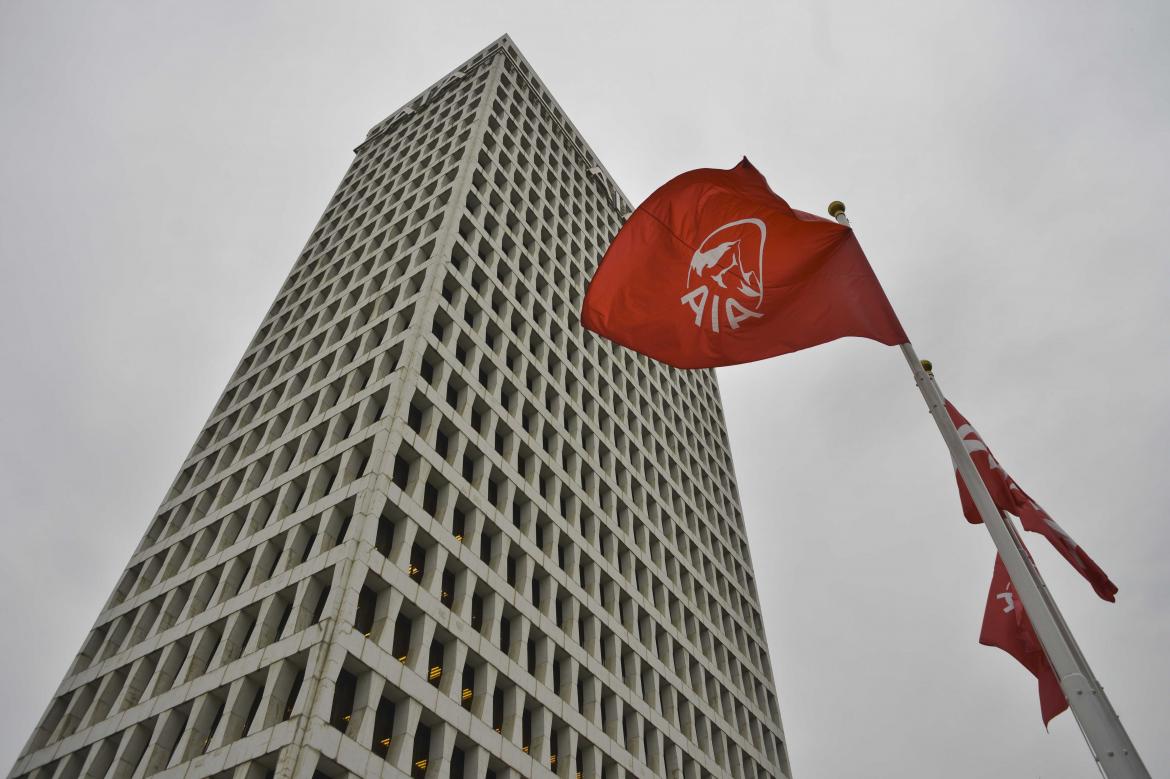 AIA Group chief: ‘All of the companies must learn how to compete against each other’