Myanmar’s army has halted “clearance operations” in northern Rakhine, a senior official said Wednesday, ending a four-month crackdown by security forces the UN has warned may amount to crimes against humanity.

Hundreds from the Muslim minority are thought to have died and almost 70,000 have fled to Bangladesh since the military launched a campaign to find militants who attacked police border posts.

Escapees have given harrowing accounts of how security forces raped, killed and tortured villagers – many who self-identify as Rohingya – and burnt their houses to the ground during the four-month operation.

A UN report based on accounts from refugees in Bangladesh said troops had carried out a “calculated policy of terror” that probably amounted to crimes against humanity.

For months Myanmar has dismissed similar testimony gathered by foreign media and rights groups as fabricated and curtailed access to the region.

But the UN allegations have piled pressure on Myanmar’s civilian government led by Daw Aung San Suu Kyi to rein in the military, which still controls key levers of power.

Late Wednesday her office said the troops had ended their campaign and left the locked-down area under police control.

“The situation in northern Rakhine has now stabilised,” newly appointed National Security Advisor U Thaung Tun was quoted as saying in a statement.

“The clearance operations undertaken by the military have ceased, the curfew has been eased and there remains only a police presence to maintain the peace.”

The government has tasked a state-backed commission led by former military man turned vice president U Myint Swe with investigating the allegations in the UN report.

“We have shown that we are ready to act when there is clear evidence of abuses,” Thaung Tun added in the statement.

More than a million Rohingya Muslims live in Rakhine state, where they are treated as illegal immigrants from Bangladesh and denied citizenship. Communal conflict between Buddhists and Muslims in 2012 drove tens of thousands of them into camps, where they live today in conditions rights groups have compared to apartheid.

Aung San Suu Kyi has been criticised for not speaking out against the recent crackdown, which has sapped the goodwill she built up during years fighting for democracy under the former military government. 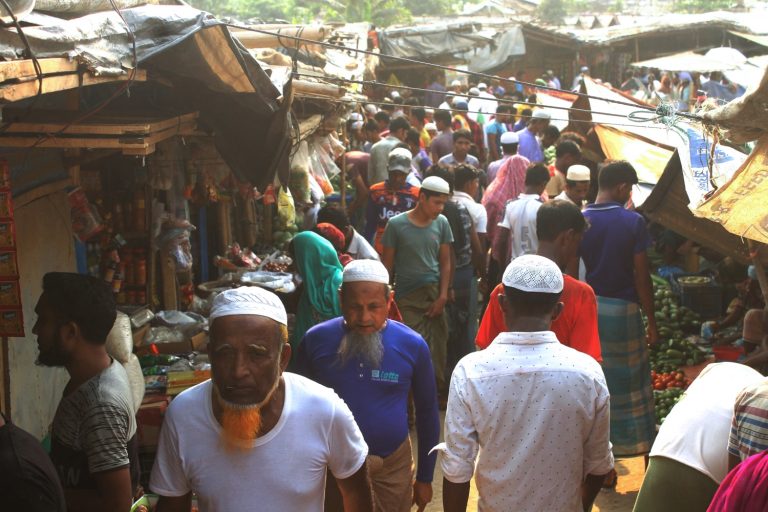 The parallel National Unity Government has called on the Rohingya minority to help it overthrow the junta, promising citizenship and repatriation for the persecuted Muslim community in a future democratic Myanmar.
BY AFP