By MRATT KYAW THU and AFP

PANGSHANG – The Wa will “hold high the banner of peace and democracy on one hand and armed self-defence on the other” until its political demands are met, the chairman of the United Wa State Party said on Wednesday at a military parade in Panghsang that included hundreds of child soldiers.

Bao Youxiang, who is also the commander-in-chief of the UWSP’s military wing, the United Wa State Army, said he intended to “maintain the status quo” in his reclusive border territory.

The UWSP is based in what the Myanmar government calls the Wa Self-Administered Division, but which the UWSP calls Wa State, located along the Shan State border with China’s Yunnan Province. It also controls a non-contiguous territory further south along the Shan border with Thailand.

The UWSA has a standing force of 25,000 soldiers, making it the largest among Myanmar’s ethnic armed groups, and one of the world’s largest non-state armies.

This week, in a rare gesture, the notoriously secretive group opened its doors to journalists, diplomats and civilians to mark the 30th anniversary of its 1989 ceasefire agreement with Myanmar’s former military junta. 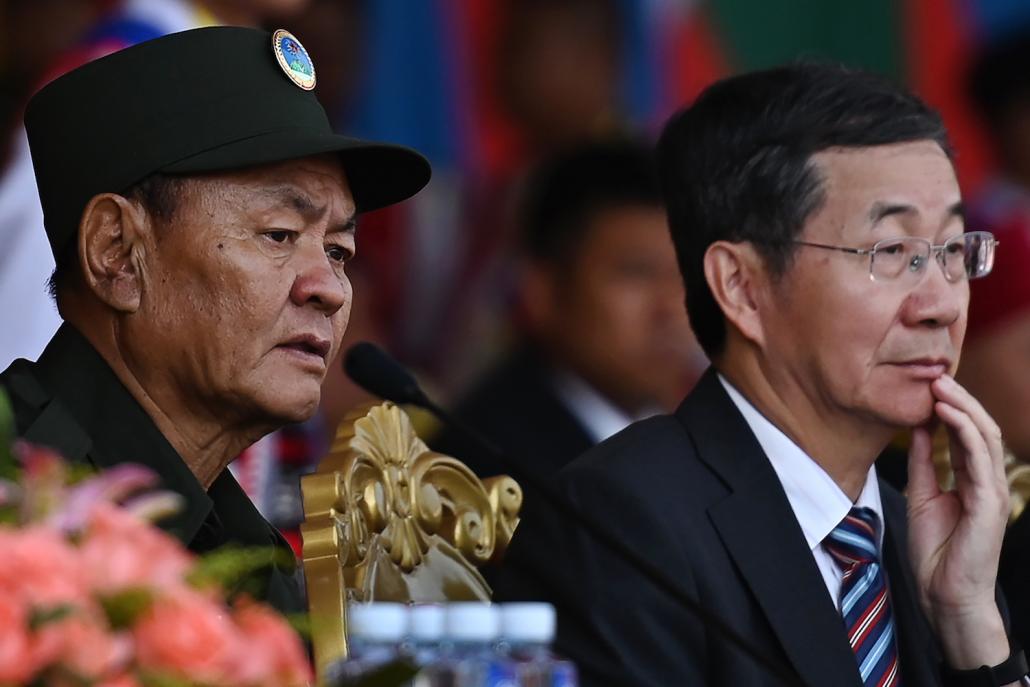 Flanking Bao as he addressed the crowds were Chinese Special Envoy for Asian Affairs Mr Sun Guoxiang and Myanmar’s Minister for Labour, Immigration and Population U Thein Swe. Representatives from the office of State Counsellor Daw Aung San Suu Kyi also attended the celebration, along with leaders of other ethnic armed groups, including Arakan Army chief Brigadier-General Tun Myat Naing.

“The Wa people are masters of their own destiny,” Bao declared. He vowed his 600,000 “war-tested” people will never be pawns in proxy wars and proclaimed the “builders and defenders of Wa” as “one of the best groups in human society”.

At the military parade early on Wednesday, thousands of soldiers, including a company of women and a sniper platoon, marched alongside armoured vehicles. Frontier saw hundreds of child soldiers in the parade.

Interviews revealed that some of the UWSA’s soldiers had joined the army when they were just 14. One senior-level official who asked not to be named denied this, saying that soldiers could only enlist when they turned 18. However, “We train them from when they are young,” he conceded. “Then when they are grown up, they can join”. 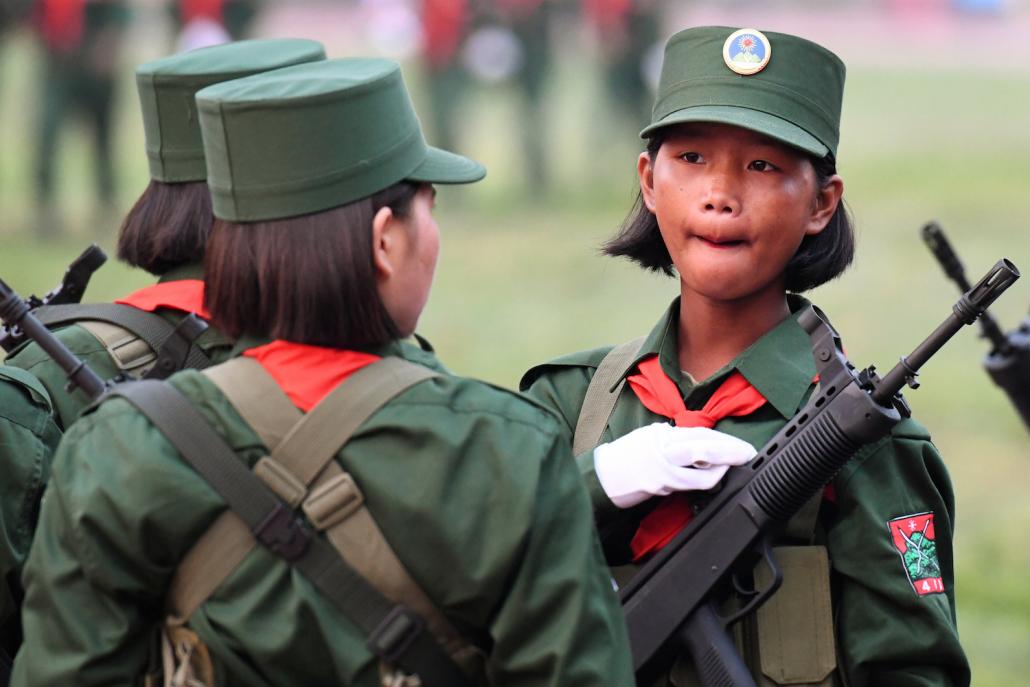 There are also suggestions that many of the Wa soldiers were forced to enlist. A UWSA officer, requesting anonymity, told AFP that even though the army hadn’t suffered fighting in decades over the past 30 years, “We need to be ready.”

“Our leader’s motto is ‘Sweating a lot leads to a little blood coming out.’ So one or two people from each household must serve in the Wa Army.”

In his speech, Bao addressed allegations that Wa-administered territory has become an international centre for drug production and trafficking, saying, “Poppy cultivation would never be allowed to remerge in Wa State again”.

While the Wa region, which is located in the heart of the Golden Triangle, has historically been a major global source of opium and heroin, it is now believed to be the largest producer of methamphetamines in the world, a distinction that Bao did not address in his speech.

As ever-increasing volumes of meth are seized across Asia, the United Nations Office on Drugs and Crime has traced a large portion of these flows back to Shan State, and above all to Wa-controlled areas, where it says that organised crime syndicates from China, Hong Kong, Taiwan and Thailand are basing their operations.

Wa territory is also home to one of the world’s largest tin mines and massive rubber plantations. 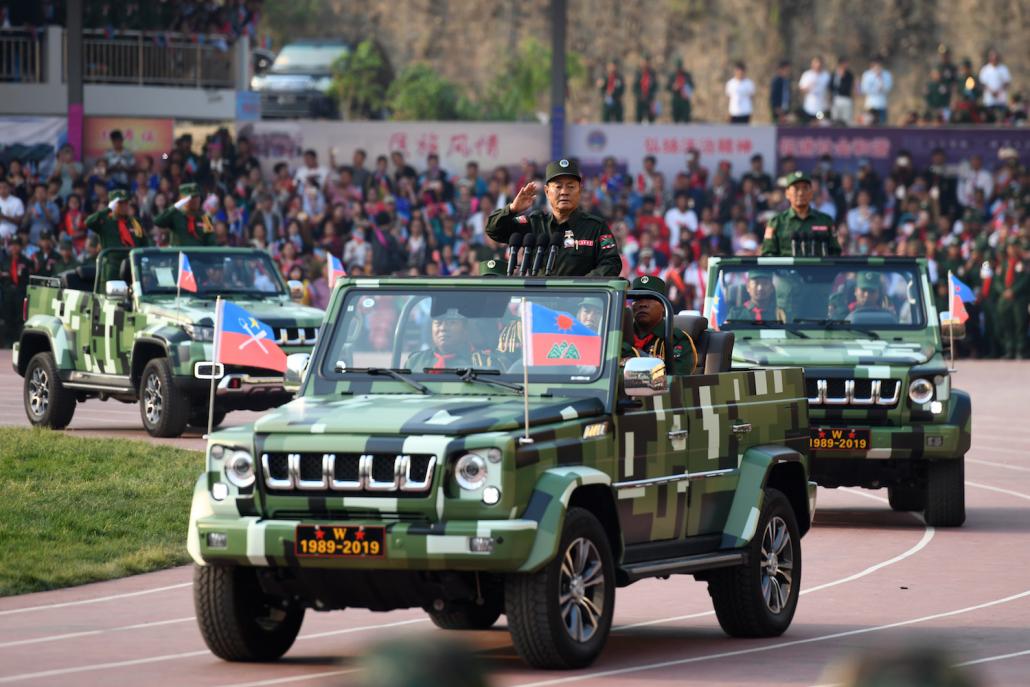 The publicity-shy septuagenarian Bao has helmed the region for decades. An unassailable, authoritarian figurehead, he presides over a political hierarchy that shadows the structures of big neighbour China and a tightly-controlled society.

“In the mould of Xi Jinping, Bao is the head of the army, party and government and has been confirmed in those positions for life,” Bangkok-based security analyst Mr Anthony Davis told AFP.

As a trading gateway to China — the Chinese yuan is the Wa currency — the zone provides a point of leverage for Beijing against Myanmar and any potential resistance to its grand infrastructure and pipeline plans for the country.

The UWSP have attended peace talks in a country lacerated by ethnic conflicts, but so far it remains outside the Nationwide Ceasefire Agreement that has been signed by the Myanmar military and ten ethnic armed groups. 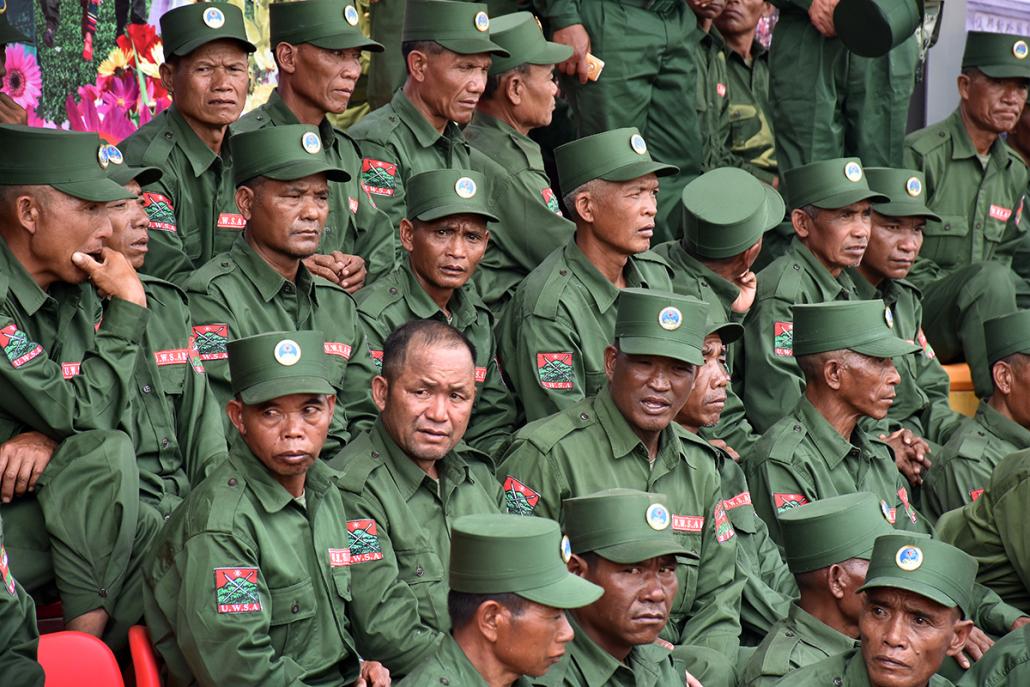 Intense violence between Myanmar’s army and Rakhine rebels on the other side of the country has undercut prospects of a binding peace deal any time soon.

“The UWSA is the largest non-state military actor in East Asia,” Davis said, adding it “has unquestionably been armed by China” despite producing its own China-designed rifles.

A barrage of colourful flares ended the parade as thousands of people in ethnic clothes joined the ranks of soldiers in the sports ground – a show of loyalty in a highly militarised area.

“I became a Wa soldier when I was about 13 years old. My younger brother is also a soldier,” a 32-year-old USWA recruit told AFP, also requesting not to be named.