Long-standing internal divisions are threatening to tear apart the Arakan National Party amid its showdown with the National League for Democracy.

Tensions are rising sharply between the National League for Democracy and the Arakan National Party over the appointment of a chief minister in Rakhine State.

The NLD refused to yield to demands that the next chief minister be from the ANP, which has a plurality in the state assembly but is short of an outright majority.

More than 500 ANP supporters gathered in the state capital, Sittwe, on March 23 to demand that the NLD abandon its plan to appoint as chief minister the party’s state chairman, U Nyi Pu, an ethnic Rakhine. Nyi Pu was appointed at the beginning of April.

The demonstration against the NLD’s plan for Nyi Pu, one of nine party members elected to the assembly in November, was led by the ANP’s Sittwe Township chairman, U Aung Mya Thein.

As the row between the two parties plays out in public, a very different battle is being waged within the ANP and the roots of the drama predate last year’s election and involve the negotiations that led to its creation.

The ANP was created in January 2014 by a merger between the Arakan League for Democracy, a party formed to contest the annulled 1990 elections that had close ties to the NLD, and the newer, Rakhine Nationalities Development Party, that contested the 2010 poll boycotted by the NLD.  The merger followed eight months of negotiations.

Competition among ethnic parties saw few win more than a handful of state seats in November, but the rare example of a united front in Rakhine made the ANP the most successful ethnic party, with 22 seats in the Union Parliament and 22 of the 47 seats in the state assembly plus an independent aligned with the party.

Billed as an equal partnership, the RNDP faction was always dominant in the new party, and since the merger has gradually squeezed the ALD group out of decision-making roles.

In September 2014, the ANP met in Thandwe for a congress at which it intended to draft its policy platform but the event ended after elections for the party’s central executive committee and assignment of party roles.

Before the event began, there were murmurs that ANP chairman and former RNDP chair Dr Aye Maung was plotting a manoeuvre to ensure that the RNDP faction dominated the party. Former ALD members were incensed.

Conscious of the attention the congress was receiving from the media and other ethnic parties, former ALD chairman U Aye Thar Aung, urged his factional allies to put party unity first and avoid discussing the ANP’s internal affairs in public.

“Please be patient and tolerant,” he reportedly said, asking the former ALD members to wait.

Nine hours before the congress was due to open, the media put the allegations that Aye Maung was engineering a takeover to U Oo Hla Saw, a founder of the RNDP, who responded with an outburst distancing himself from Aye Maung.

When the congress appointed the 39-member central executive committee, 32 of its members were former RNDP members. The assignment of executive roles was decided by acclamation rather than a secret ballot.

“A political scandal like Watergate happened in our party. The media need to expose it.”

The RNDP’s dominant position in the party was reinforced the next year when the ANP chose its election candidates.

The ALD wing of the party nominated more than 30 candidates to contest state and Union seats in the 2015 poll. When a ballot of ANP members was held to choose the candidates, only two former ALD members, Aye Thar Aung, and Daw Htu May, were selected to compete in the poll.

A former senior ALD leader, U Hla Myint, called for an investigation into the way the central executive committee conducted the nomination process.

U Kyaw Thein, who resigned from the ANP after failing to be nominated to contest a seat in the Amyotha Hluttaw, has been outspoken in condemning the process.

“There was fraud in advanced voting,” he told Frontier earlier this month. “We cannot forgive and forget it. It must be exposed. I don’t trust the chairman and the secretary of the ANP. They should be investigated.”

Criticism of the vote to choose candidates reverberated through the ranks of the ANP. On November 11, three days after the election, Aye Maung told reporters in Sittwe that he would propose an investigation into candidate selection which would examine the conduct of all 39 members of the party’s central executive committee, including himself.

“Is there internal conflict? Is there anyone who seeks opportunity in both sides?’ It needs to be exposed,” he said. “I myself will be investigated. I’ll propose at coming CEC meeting to investigate all 39 members.” 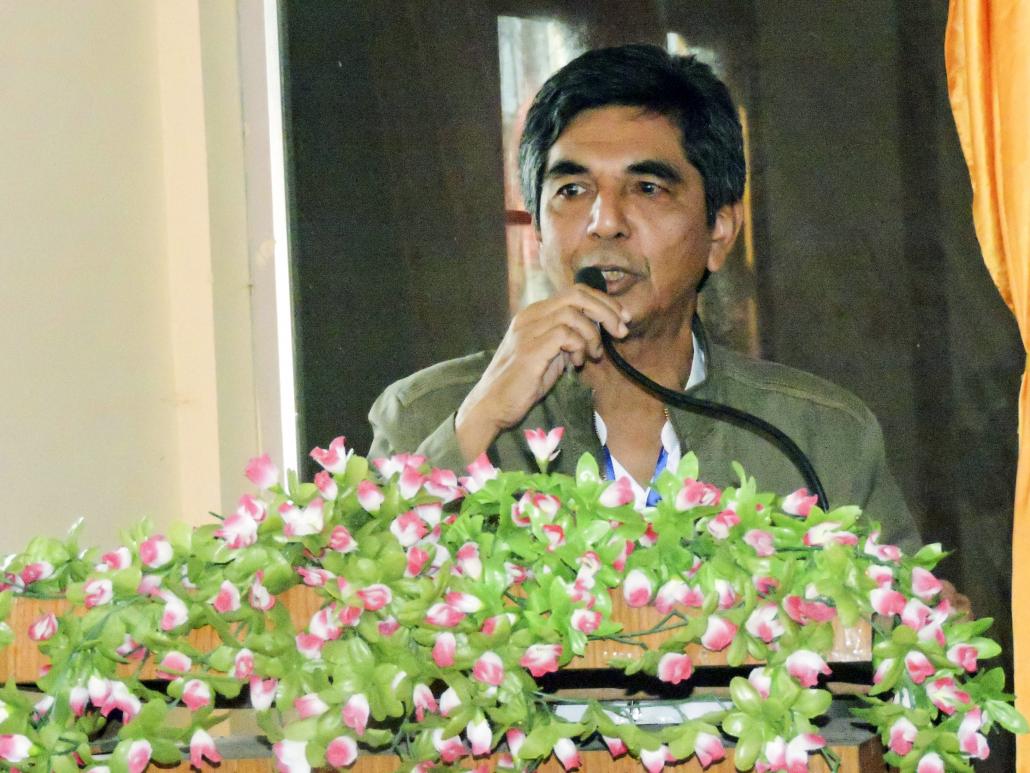 Oo Hla Saw, a central executive committee member, is known for his rivalry with Aye Maung, which dates to when they were leading members of the RNDP. Oo Hla Saw’s faction, the biggest rival to the group loyal to Aye Maung, has been angered by the marginalisation of former ALD members.

“A political scandal like Watergate happened in our party. The media need to expose it,” he told the Sittwe-based Root Investigation Agency two days after Aye Maung’s comments.

Oo Hla Saw’s faction and the party’s former ALD members are in favour of pursuing a more conciliatory line with the NLD than the ANP’s official position.

Ahead of the 2015 election, members of Aye Maung’s faction spoke openly of their opposition to the participation in the poll of ANP members regarded as being “pupils of grandma”, a reference to NLD leader Daw Aung San Suu Kyi.

Former ALD member U Kyaw Myint said a large section of the party acknowledged that it needed to work with Suu Kyi after the NLD’s landslide election victory.

“In fact, ANP MPs must cooperate with NLD to reform the constitution,” he said. “Even Daw Aung San Suu Kyi cannot become president even though the people voted for her to be president,” he told Frontier.

Aye Maung’s faction does not agree and has ruled out any form of cooperation with the NLD. In February, Aye Thar Aung was appointed by the NLD as Deputy Speaker of the Amyotha Hluttaw, leading to fresh turmoil in the ANP central executive committee.

Earlier this month, every former ALD member remaining on the committee was expelled, with the exception of Aye Thar Aung.

Min Min is chief editor and general manager of the Root Investigation Agency. After a bomb exploded outside his home in Sittwe on March 10, he moved to Yangon for safety reasons. His family fears further attacks and is in hiding. Title Photo: Dr Aye Maung campaigning in Sittwe during the election campaign last year. (Min Min / Frontier)