A Rakhine for Rakhine or the Tatmadaw’s man?

The people of Rakhine State want one of their own to become its next chief minister but they might be disappointed by the National League for Democracy.

Tensions that have been smouldering in the Rakhine National Party since it was born from a merger in January 2014 have risen sharply amid the politics of the transition to a new government.

The formalisation of the merger between the newer Rakhine National Development Party and the Arakan League for Democracy, that was formed in the 1990s, followed eight months of negotiations.

The RNDP’s Dr Aye Maung became the chairman of the new party, and ALD leader U Aye Thar Aung, was removed from decision-making roles.

The tensions between former RNDP and ALD members bubbled in January after the new parliament convened and the National League for Democracy appointed U Aye Thar Aung as Deputy Speaker of the Amyotha Hluttaw.

Before the appointment, Dr Aye Maung had warned that if the president of the incoming National League for Democracy government did not nominate an RNP member as chief minister of Rakhine, the party would stand in opposition to the NLD.

The RNP was the most successful ethnic party in the November elections, winning more than 20 seats in the Union parliament and 22 of the 47 seats in the state assembly plus an independent aligned to the party.

However, Dr Aye Maung’s well-known hopes of becoming chief minister evaporated when he was unexpectedly defeated by the NLD in Manaung Township, and there has since been much speculation about who will be appointed to the position.

There had been widespread support in Rakhine for Dr Aye Maung to become chief minister and the NLD’s ethnic Rakhine state chairman, U Nyi Pu, to become speaker of the state assembly.

But after the assembly appointed the RNP’s U San Kyaw Hla as its speaker, and with U Aye Thar Aung appointed to his role in the Union parliament, the speculation over who will become the state’s chief minister has intensified.

The cabinets of the 14 state and regional governments will be appointed after March 17, the date on which the three nominees for the presidency – one each from the upper and lower houses and the unelected military bloc – are due to be announced.

The criteria for chief ministers, who are appointed by the president, include having close ties with the Tatmadaw and cordial relations with international organisations and the media. They also need to develop a relationship with the Union government and be effective administrators.

Both U Aye Thar Aung and Dr Aye Maung are prominent members of the RNP and are popular among the Rakhine people. But as they cannot be contenders for the speaker’s and chief minister’s positions in the state, the question is who will the RNP nominate for the roles? 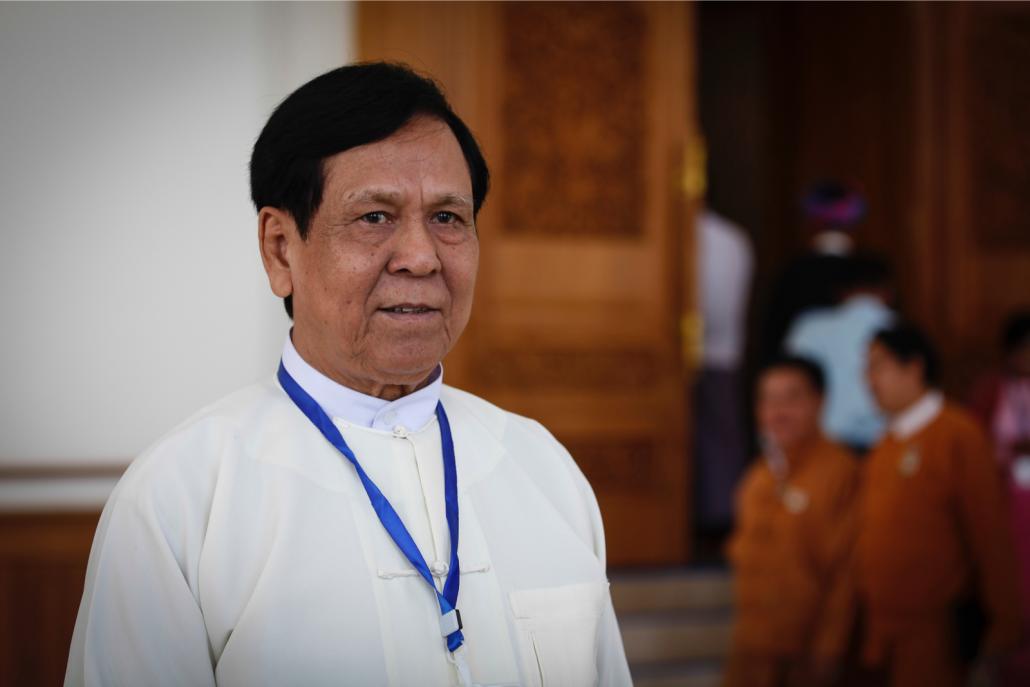 The blunt answer is that the RNP had no obvious candidates and RNP MPs seem to be in no position to assume the role.

Following the appointment of U San Kyaw Hla, the RNP MP for Ponnagyun and father-in-law of Arakan Army leader Brigadier-General Tun Myat Naing, as Speaker of the Rakhine assembly, it is widely hoped in the state that NLD chair Daw Aung San Suu Kyi will appoint as chief minister a member of the Rakhine National Party.

The rift within the RNP has meant that there has so far been no discussion within the party about who should be nominated for the position.

There is also intense interest in whether the NLD will allow the RNP to nominate an ethnic Rakhine for the role.

However, Daw Aung San Suu Kyi is unlikely to give the RNP such an opportunity given the majority her party commands in the Union parliament, and the NLD’s nine seats in the Rakhine assembly.

She will also have to carefully consider the situation regarding the Rohingya, which will be a challenge for whoever becomes chief minister.

There was speculation early February that Daw Aung San Suu Kyi planned to appoint U Nyi Pu as chief minister, and it intensified after he travelled to Nay Pyi Taw late in the month to attend a capacity building course for new ministers.

No announcement has been made about U Nyi Pu’s future role, but he is the preferred choice of the NLD, though it is understood that the Tatmadaw would prefer to see former chief minister U Maung Maung Ohn, an ethnic Bamar, re-appointed to the position.

But how will the RNP-dominated state assembly respond if U Nyi Pu is appointed chief minister, and in a state that still requires military help?

U Nyi Pu might be popular and admired by the Rakhine people because of the sacrifices he has made, but that is all he has to offer.

The Tatmadaw’s view will still have to be taken into account. Of 20 people interviewed at random recently by Frontier in the state capital, Sittwe, and Mrauk U, Kyauktaw, Myaebon, Minbya and Kyaukphyu, 17 said they want U Maung Maung Ohn, who resigned before the November election, to be the next chief minister.

The case for appointing U Maung Maung Ohn, a former general who has recently been spending time in Sittwe, where he is using a government office, is strengthened by the fact that many Rakhine believe that only the Tatmadaw can deal with the tense situation involving the Rohingya.

Regardless of whomever the RNP would prefer for the role, the appointment depends entirely on Daw Aung San Suu Kyi.

It remains to be seen how she will respond and whether her decision will be influenced by the wishes of the Rakhine people and her negotiations with the Tatmadaw.

It will be one of the most difficult and delicate of the many decisions she needs to make in the weeks ahead.

Postscript: On March 4, NLD spokesman U Win Htein told media that the party was planning to appoint U Nyi Pu as chief minister of Rakhine State. The 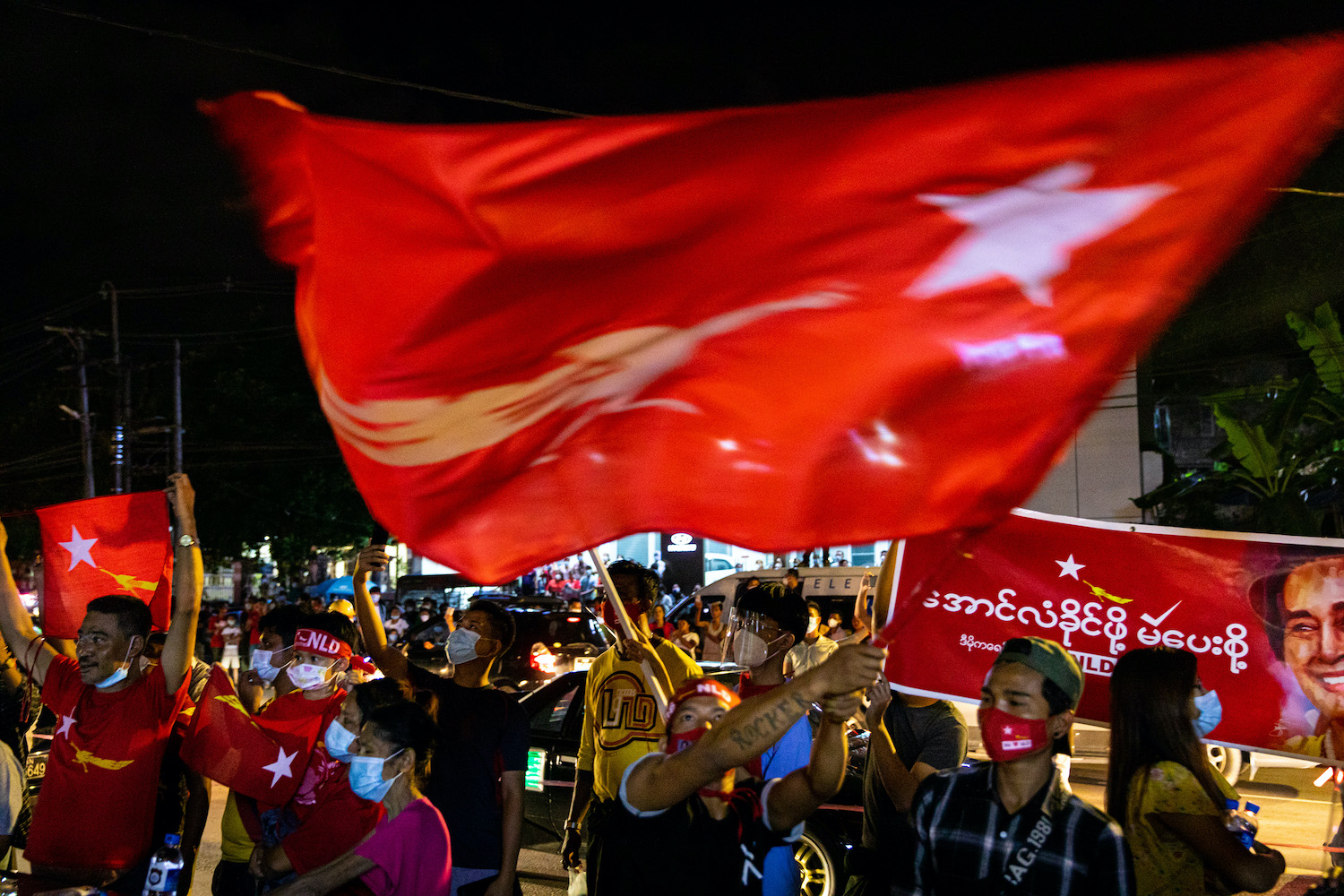 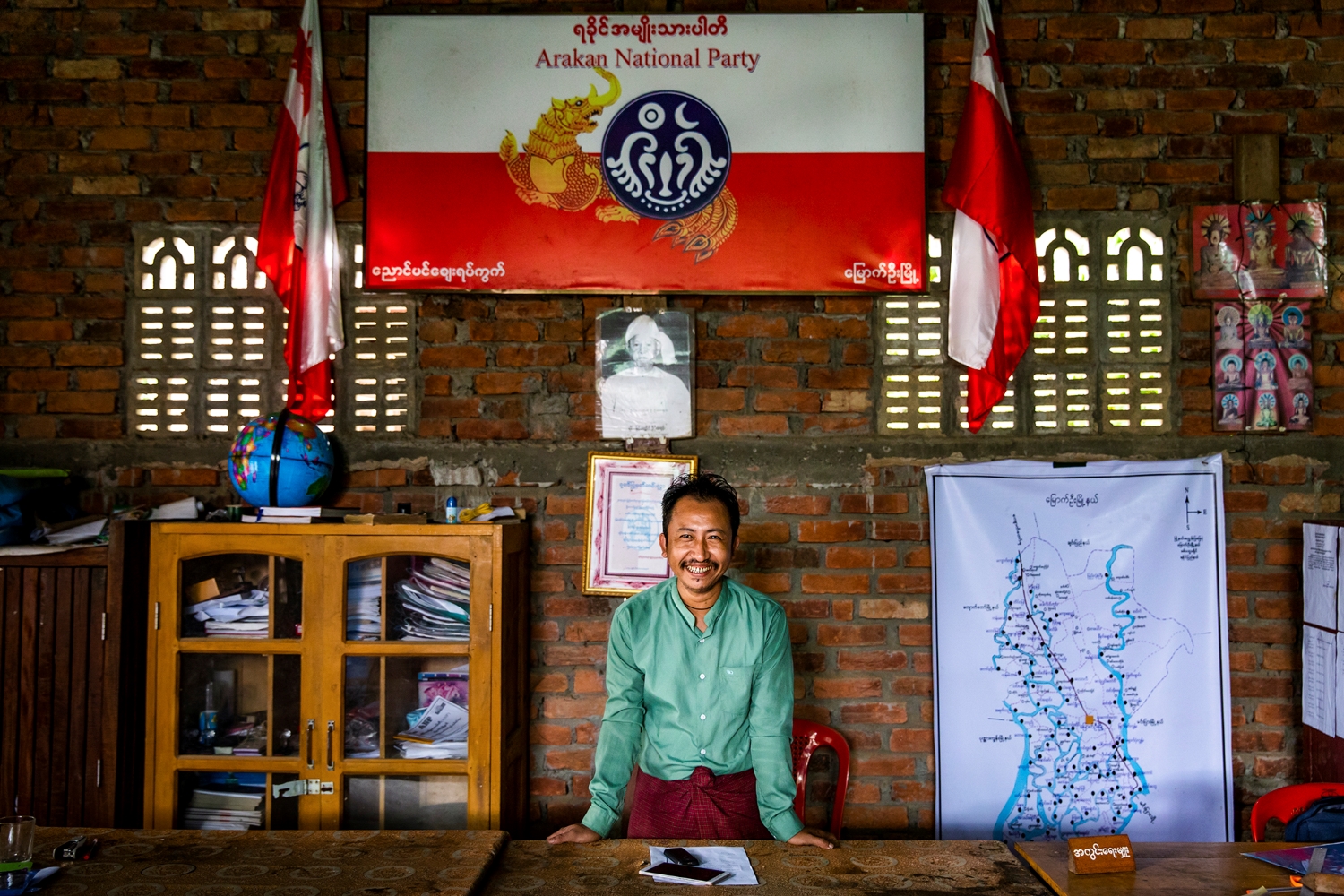 ‘Democracy has been stolen from us’: Disenfranchisement in Rakhine leaves a bitter taste