60 Rohingya die, hundreds rescued from boat after weeks at sea

DHAKA — Sixty Rohingya died on a boat crammed with hundreds of people stranded in the Bay of Bengal for more than two months, two survivors told AFP on Thursday.

Both said that the captain of the fishing trawler, carrying over 500 men, women and children, was also killed in a fight with those on board.

Nearly a million Rohingya live in squalid camps near Bangladesh’s border with Myanmar after fleeing a military offensive in 2017. Thousands try every year to reach other countries on crowded rickety boats.

Survivor Mr Anwarul Islam said that after the ship was denied entry by both Malaysia and Thailand it headed back to Bangladesh where they were picked up by the coastguard late on Wednesday.

“There were more than 500 people on board, jam-packed. At least 60 of us died in the boat. We held on board their funeral prayers and dropped their bodies in the sea,” Islam told AFP by phone.

“We barely had food, fresh water, and medicines,” he said.

“The captain tried to rape one of our women and fighting broke out,” Islam said, stating the man was killed during the confrontation and his body thrown overboard.

His account was echoed by Mr Anwar Alam, another survivor, who said the ordeal lasted two months and 18 days.

“We entered Malaysia [waters] three times but they didn’t let us in. Many of us died in the heat and sweat. There were too many onboard, mostly women and children,” Alam told AFP in southeastern Bangladesh.

“The captain of the ship was killed when there was a quarrel between us and the crew.”

A Rohingya community leader in Bangladesh, who declined to be named, said there were 482 people on board the boat.

That suggests more than 50 people may have perished.

“It made several attempts to land in Malaysia but was turned back. We think several boats carrying Rohingya are still at sea,” he said.

The Bangladesh coast guard said that other survivors had told them that 32 people died on board and their bodies dumped in the sea, and that the boat had tried to enter Malaysia and Thailand.

Coast guard officer Mr Shah Zia Rahman told AFP that nearly 250 women and children were among the 400 or so rescued late Wednesday from the vessel off the Cox’s Bazar district in southeastern Bangladesh.

“They were starving,” Rahman said.

The UN’s refugee agency said that they were “extremely malnourished and dehydrated”.

Bangladesh media reports quoted one of those on board as saying the boat was denied entry by Malaysia because of stricter controls due to the coronavirus pandemic.

Admiral Mohamad Zubil Mat Som, director-general of the Malaysian Maritime Enforcement Agency, declined to comment on the reports. But he said the maritime border was being strengthened.

Only a few of those rescued had refugee cards from the camps and many had boarded in Myanmar’s Rakhine State, said Mr Hamidul Islam, another coast guard officer.

They were detained for illegally entering Bangladesh territory, he said, before they were handed over to the UNHCR, a United Nations spokesperson confirmed.

Since late last year, Bangladesh’s law enforcement agencies have picked up some 1,000 Rohingya from coastal villages and boats as they waited to board vessels bound for Malaysia.

Amnesty International’s Mr Biraj Patnaik hit out at the “callous indifference of other governments” to the plight of the Rohingya since fleeing “crimes against humanity” in Myanmar. 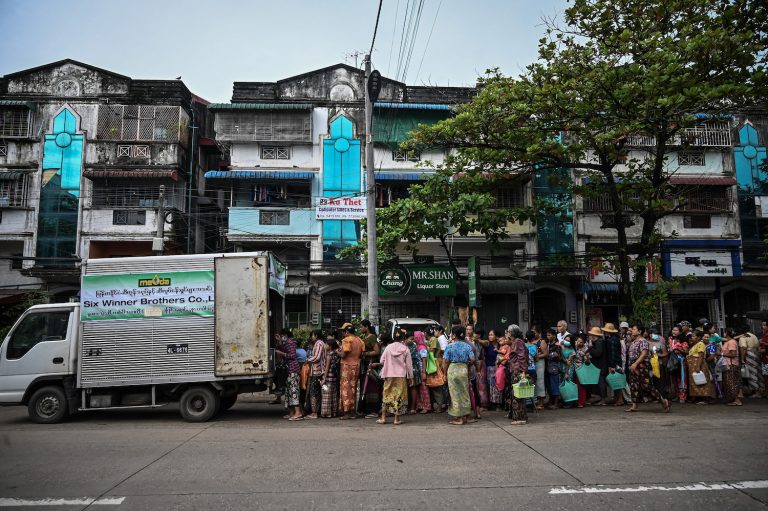