Mr Sudhir Shetty saw a transformed Myanmar when he returned to Yangon last month to speak at a World Bank event as its chief economist for East Asia and the Pacific. In an earlier role, 20 years ago, Shetty was the World Bank’s senior country economist for Myanmar. He spoke to Frontier’s Kyaw Phone Kyaw.

In its World Economic Outlook in April, the International Monetary Fund forecast that Myanmar’s GDP growth this year would be 8.6 percent, the fastest in the world. However, some say that’s not impressive because other countries have in the past achieved double-digit growth, such as China. What does Myanmar need to do to achieve double-digit growth?

I don’t agree that Myanmar’s recent growth performance is not impressive. Although Myanmar may have the potential for double-digit growth I think to grow at 7-8 percent as it has done for the last three years is quite impressive in its own right, particularly given the more challenging external environment in the recent past.

Having said that I think it is also important to sustain strong and inclusive growth. It’s really important to avoid volatility in growth, which is very fast expansion for a while followed by crisis and negative growth. And growth also needs to be inclusive so that all segments of the population benefit.

For this, Myanmar needs to make sure that short-term macroeconomic stability is maintained. That means, in the current context, three things.

One is to make sure that inflation is brought down. Inflation is about 10 percent, and it’s much higher than in neighbouring countries. Second, that fiscal prudence is maintained; this includes an effort to effectively manage not only the growth in public debt, but also its composition so that the debt portfolio can move away from short-term to longer-term concessional financing. And third, that there is stability in the financial system; that the financial sector doesn’t get into the trouble because that often happens in countries where credit is growing very fast. That means things like making sure there is proper regulation. So, those are priorities in the short term.

Over the medium-term, there needs to be continued focus on trying to raise revenues, adequately managing volatility due to fluctuating natural resource revenues, and ensure fiscal discipline of State Economic Enterprises.

These measures could help Myanmar build resilience against shocks, which it is going to be more exposed to as its economy continues to open up to foreign trade and investment. This is essential for enabling government to continue expanding education and health services, which are central to poverty reduction and a strong labour force.

In both the short and medium term, there also needs to be an emphasis on making sure that people actually benefit from growth. For this, I think there are three priority areas.

First, people need to have access to energy, because that’s a big constraint not only on businesses but also on the quality of lives of ordinary people in Myanmar. Second, access to finance needs to be improved so that people have opportunities to save and to borrow. And third, jobs need to be created by making sure that there’s a good business climate.

The new Investment Law is one step in that direction but there are other constraints that need to be addressed. So that’s roughly how I would frame the priorities.

Let’s turn to the decision by the United States to lift sanctions. What will be the major changes in the economic landscape as a result?

While the decision is unlikely to have a dramatic short-term impact on trade and investment flows, or lead to major institutional changes, it does however provide an important vote of confidence to investors. So, in that regard it will be a good thing. 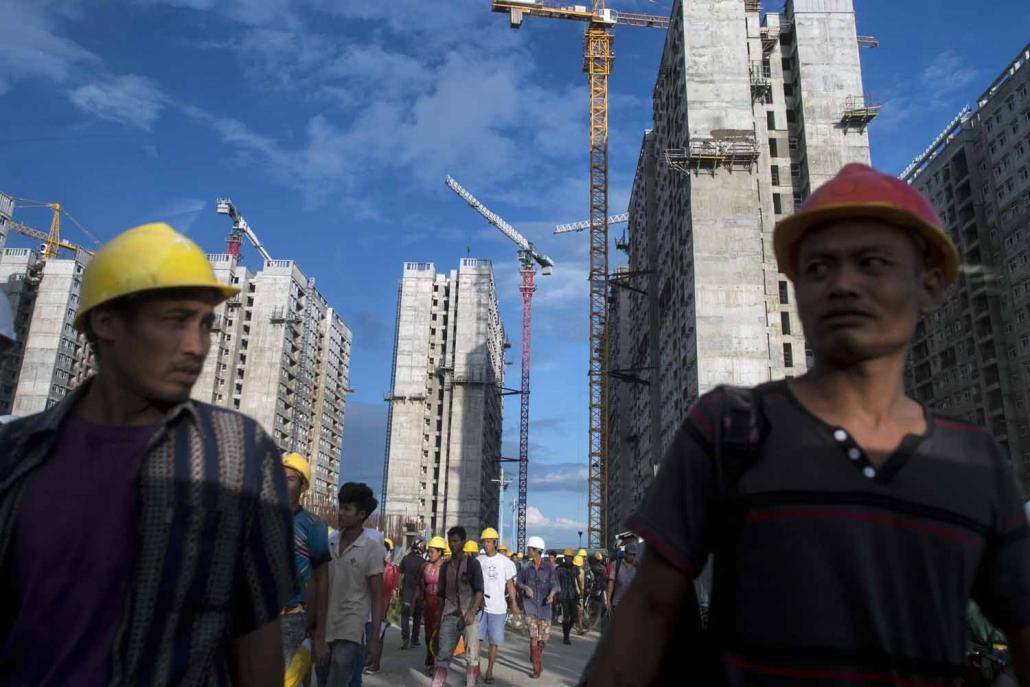 One specific aspect that may help is [in regard to] the financial sector because the lifting of sanctions will help the Myanmar economy be more fully integrated into the global financial system. It may also help to open up new trading opportunities under the Generalized System of Preferences, and encourage increased US investments.

There is concern in the business community that the cronies who rose to prominence under the former junta and the military-owned businesses will continue to dominate the economy. What can the government do to avoid such a situation?

I don’t work primarily on Myanmar so I don’t know the details of the Myanmar economy as much as some of my colleagues. But generally what we would advise any government to do is to make sure there’s what economists call a level playing field.

I think that is what is most important and that’s the sense in which the new Investment Law is a good thing.

And as the implementing rules and regulations for the Law are worked out it will be important for the government to make sure that no advantages are given to anyone, whether they are people who have been here for a long time in business or new investors who are wanting to enter the market.

There are some significant changes in the new Investment Law. One of the biggest is making tax incentives available for investing in priority economic sectors and geographic areas, such as Chin and Rakhine states. They badly need development but they have poor electricity and roads. Will lack of infrastructure deter investment?

Tax incentives by themselves are not effective to get investment out into remote areas or in particular sectors. The reason is, as you mentioned, there are other barriers: lack of infrastructure, poor public services like education and the like.

Usually what we recommend [is] … governments really should focus on in those remote areas is to try to bring social services to those areas, such as education and health, and that then becomes a way of bringing those areas up. Because often, governments want to move economic activities to those areas but it’s actually not very efficient for many economic activities to be concentrated in those remote areas.

What does Myanmar need to do to boost its economy?

I think many of the things that are already being done are the right things. We were talking about the Investment Law – that’s a step in the right direction.

I think the main thing is, you need the government to lay out a vision of where it wants to go and what kind of economy it wants. And second, it needs to spell out some very specific policies that it intends to follow.

So it’s having this long-term vision and then providing some specifics and then being consistent in implementing it. So businesses don’t see changes every two or three months. So if the government says this is the kind of tax regime we want, they need to spell it out and stick to it, rather than changing every few months. I think that would be the best thing the government could do.

What does Myanmar need to ensure financial stability?

It needs to make sure the Central Bank has both the legal responsibility to oversee the financial sector and the capacity to be able to regulate. I think these are the two areas on which it needs to focus. The adoption of the Financial Institutions Law earlier this year was an important step for taking this further.

Top photo: Sudhir Shetty, left, chief economist for the World Bank for East Asia and the Pacific, speaks at an event in Yangon in October. (Supplied)