What next for Ma Ba Tha?

The hardline Buddhist nationalist group has regrouped after suffering a huge loss of face over last year’s election result and is promoting itself as an organisation that stands for “unity and peace”.

An uncertain future confronts Ma Ba Tha in the aftermath of the last year’s election triumph by the National League for Democracy, against which the hardline Buddhist nationalist group had strongly campaigned.

The overwhelming NLD victory was a shock and an embarrassment for Ma Ba Tha, the Myanmar acronym for the Association for the Protection of Race and Religion.

“I never thought the NLD would win this many townships,” a shocked U Wirathu, Ma Ba Tha’s outspoken founder, told the Myanmar Times a few days after the election.

He was speaking at a monastery in Mandalay, where the hardline group was formed in 2013 to defend Buddhism in Myanmar against what it regards as a threat from Islam. 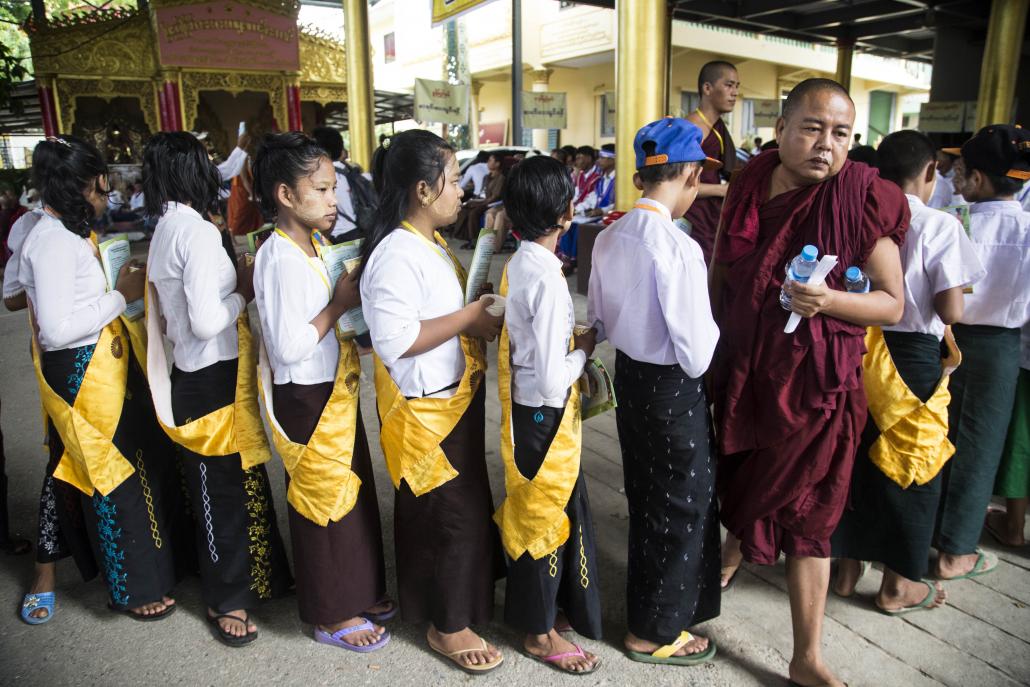 The election result was a powerful public repudiation of Ma Ba Tha’s stand. In campaigning for the Union Solidarity and Development Party government, Ma Ba Tha showed how badly it underestimated the national mood for change.

In the months after the election, prominent Ma Ba Tha monks largely disappeared from public view.

But Ma Ba Tha returned to the news again this month, when members and supporters regrouped to celebrate its third anniversary at a two-day event at a monastery in Yangon’s Insein Township. Ma Ba Tha said 5,000 people attended the event on Jnue 4 and 5, including about 2,900 monks, though other reports put the attendance much lower. Speakers vowed to defend “nationalism” for future generations and warned the NLD not to make any changes to the four “race and religion laws”, the legislative package backed by Ma Ba Tha and enacted by the USDP government.

The four laws have been condemned domestically and internationally for discriminating against women and religious minorities. 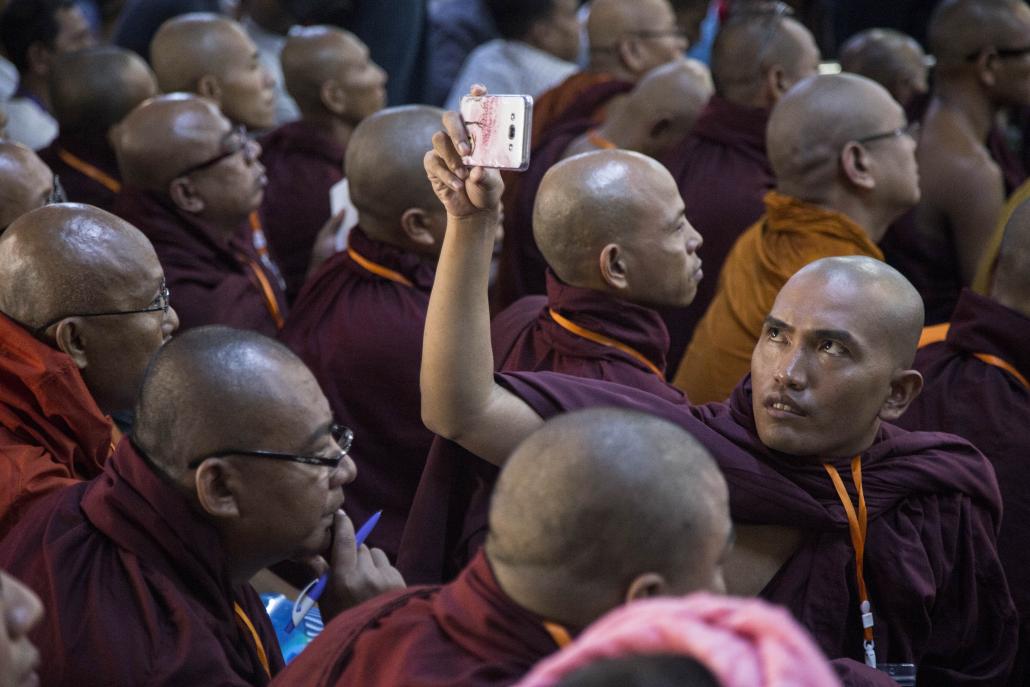 In another big setback for Ma Ba Tha, one of its founding members, U Parmaukkha, announced his resignation from the group a few days after the anniversary event, at which he was conspicuous by his absence.

Parmaukkha, popularly known as the Magway Sayadaw, was regarded as a core member of Ma Ba Tha, along with Wirathu, and they had bolstered the popular appeal of the organisation. Parmaukkha’s resignation followed differences over the group’s political activities.

“I decided to quit Ma Ba Tha because I didn’t like it when Ma Ba Tha was making speeches in many towns to vote for a certain party during the election campaign period,” Parmaukkha told Radio Free Asia.

“I want Ma Ba Tha to stand free from party politics,” he told the broadcaster. “Now people are looking down on us because they say we are working for the USDP. I am resigning from Ma Ba Tha because it don’t agree with their attitudes.” 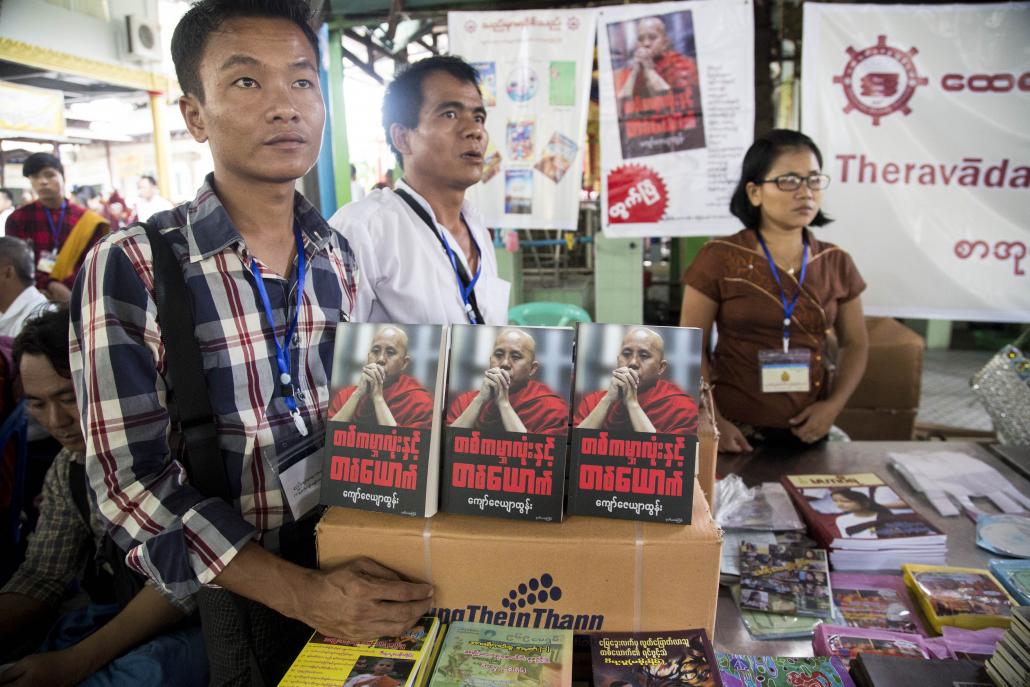 Although Ma Ba Tha has focused heavily in the past on issues involving nationalism, patriotism and Muslims, the anniversary event was used to highlight the group’s interest in peace. A sign at the event proclaimed the third anniversary of the “peace organization of Ma Ba Tha”.

“Ma Ba Tha was formed for the sake of unity and peace and I want Myanmar and the whole world to know that,” said the group’s chairman, U Tilawka Bhivamsa, also known as the Insein Ywama Sayadaw. “After the arising of Ma Ba Tha, there are no more racial and religious conflicts anymore,” he said.

Discussion at the anniversary event, which brought together the leaders of Ma Ba Tha groups from all states and regions, was mainly about the group’s achievements. It focused almost entirely on such issues as religious conversions and interfaith marriage, targets of the four race and religion laws.

Almost all of the leaders spoke of popular misunderstanding over the activities of Ma Ba Tha monks. Many people were uncomfortable about what the monks were doing and believed that Ma Ba Tha’s tactics needed to be less confronting, they said. 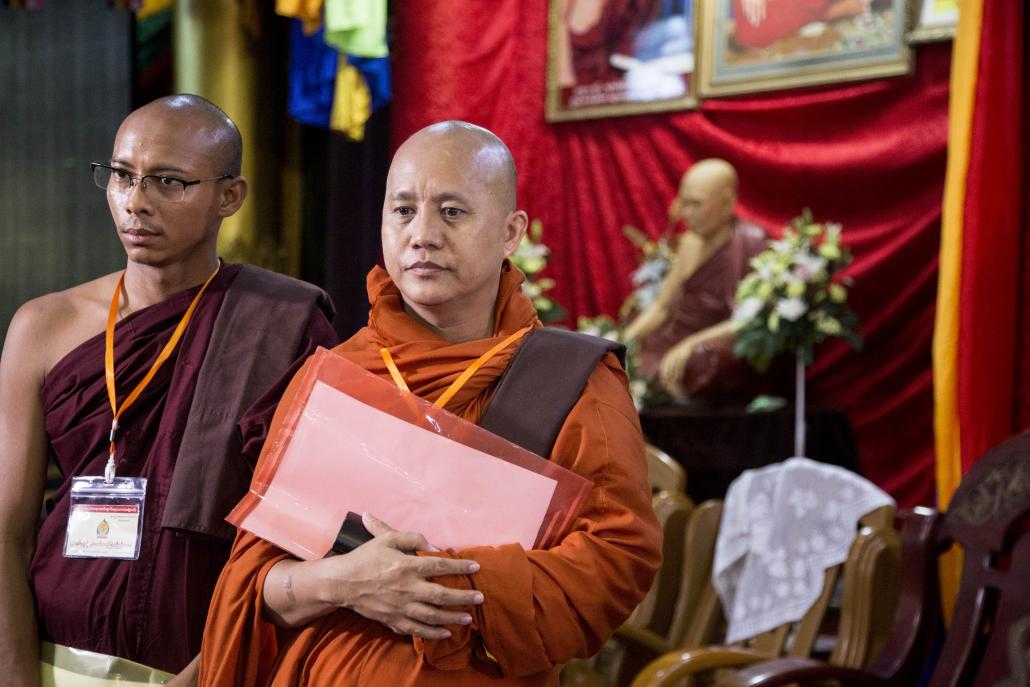 Other issues discussed at the anniversary included the Myitsone dam and a border fence with Bangladesh.

The Myitsone dam had been in the news because of a visit by a Chinese delegation to Kachin State to urge that work be allowed resume on the billion-dollar project, which was suspended by former president U Thein Sein in 2011 for the duration of his term in office.

Some sayadaws seemed reluctant to use the word “Myitsone”, saying only that the Ayeyarwady River should be protected. A decision on whether to restart the project rests with the NLD government.

Monks also raised the issue of the border fence being built between Myanmar and Bangladesh. Work on the fence was reportedly suspended in early May and the monks proposed that donations be collected from the public so work can resume.

In a clarification posted on social media a few days later, President’s Office spokesperson U Zaw Htay wrote that the former government’s K5.5 billion allocation towards the border fence this fiscal year had been allowed by the NLD government. Work on the project was continuing, he said.

Despite controversy over whether monks should be involved in politics, Ma Ba Tha continues to attract support from across the political spectrum.

When participants at Ma Ba Tha’s anniversary sat down for lunch during the event, it was donated by the family of Pyithu Hluttaw MP Daw Thet Thet Khine, a member of the NLD.