Waiting for take off at Hanthawaddy Airport

The start of work on the much-delayed Hanthawaddy International Airport project near Bago hinges on negotiations with Japan for a multi-million dollar loan.

THERE’S NOT much to see at the vast site of the much-delayed, multi-billion dollar Hanthawaddy International Airport project near Bago, about 80 kilometres (50 miles) northeast of Yangon.

The few buildings there include one intended to serve as the project’s site office, but it has almost no furniture.

Activity will pick up at the site, first chosen for an international airport by the military government more than 20 years ago, when funding assistance is secured from Japan.

Vice President U Henry Van Thio, who heads a committee appointed to oversee the project, was quoted by state-run media last month as saying the airport would be “implemented” during the term of the current government. Earlier reports have said the airport would be completed in 2022.

State-run media also quoted him as pledging that the project would need “to be transparent at all levels”.

Henry Van Thio was speaking at the committee’s first meeting, at the Ministry of Transport and Communications in Nay Pyi Taw on December 21. As well as Transport and Communications Minister U Thant Zin Maung and Construction Minister U Win Khine, the committee includes Yangon Region Chief Minister U Phyo Min Thein, his Bago Region counterpart, U Win Thein, and the director-general of the Department of Civil Aviation, U Min Lwin.

It will not be the first airport on the 9,690-acre (3,921 hectare) project site; the Japanese had an airfield there during World War II.

U Myint Soe, who lives at nearby Oakthar Myothit, said there had been few visitors to the site in recent years.

“In the last 15 years, nobody came here because there were so many trees and it looked like jungle,” he told Frontier.

The airport is planned to be the country’s main international gateway. It will have an initial capacity of 12 million passengers a year, about nine million more than the current capacity of Yangon International Airport.

Industry analysts say Hanthawaddy, which covers about nine times more area than YIA, would be a huge boost for Myanmar’s aviation sector. They say it could serve as a hub for flights to Southeast Asia from Europe and compete against Bangkok’s Suvarnabhumi International Airport as a regional gateway. Flights between Europe and Hanthawaddy would save about an hour over using Suvarnabhumi, they said. 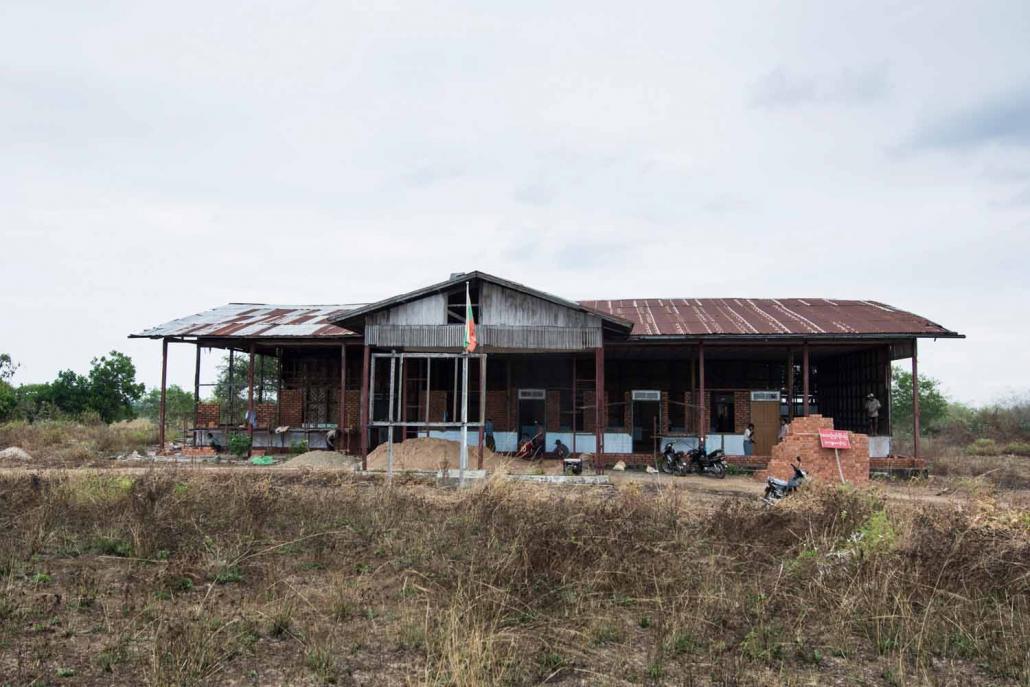 One of the few buildings at the Hanthawaddy Airport site. (Teza Hlaing / Frontier)

A South Korean company planned to build the airport in the early 1990s but the project was abandoned in 1994 soon after the groundbreaking ceremony.

The project was revived by the Thein Sein government in 2012 but tenders had to be re-called, resulting in the target completion date being postponed from 2020 to 2022.

In October 2014, the DCA named a Japanese-Singaporean consortium as the successful tenderer to design, build and manage the US$1.5 billion first phase of the airport in a public-private partnership. The consortium, comprising Japan’s JGC Corporation and Singapore’s Yongnam Holdings and Changi Airports International, signed a framework agreement with the DCA on January 30, 2015.

“We are discussing an ODA loan from the Japanese government for $890 million but I cannot say when we will get it,” Min Lwin told Frontier on January 12. “The project depends on the loan and when we get it we can start,” he said.

U Thant Zin, a former colonel and managing director of three firms working alongside the consortium on the project, told Frontier on January 19 that the Japanese government had approved the ODA loan in the second week of January, and that DCA had promised $760 million for the project on January 18. Min Lwin was travelling outside the country and could not be reached for comment. 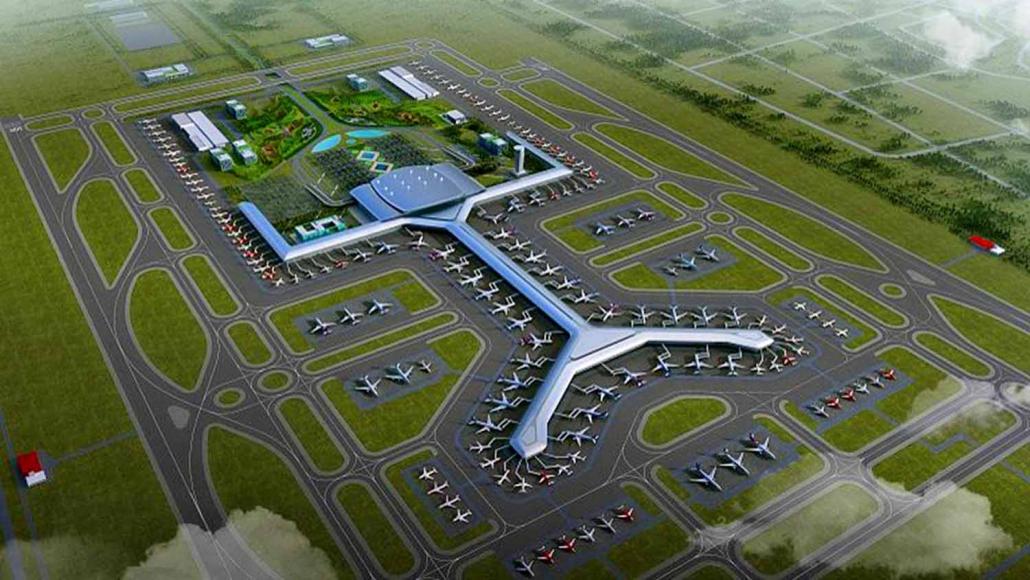 An artist’s impression of Hanthawaddy International Airport. (Ministry of Information)

Air Mandalay chief executive and a veteran of the Myanmar aviation industry, Mr Selva Kumar, said the success of the project would depend on thorough planning.

“There is a long lead time to plan and build a new airport and this must be taken into consideration. Preparation for the future is always a good thing and a new, carefully planned airport with multiple runways will certainly benefit the country,” he told Frontier.

At the December 21 meeting, Henry Van Thio defended the Hanthawaddy airport project against criticism that it was unnecessary following expansion projects at YIA.

State-run media quoted him as saying that YIA’s problems included limited space for further expansion of its runway and parking aprons, noise problems for nearby residents, and shared use with the air force.

There was an urgent need for a high-quality airport to cater for an expected increase in international passenger aircraft and cargo planes, he said.

The vice president also addressed criticism about the proposed new airport’s distance from Yangon, saying land transport connections would need to be upgraded.

A few days before the 2015 general election, the Thein Sein government announced plans for an expressway linking the commercial capital and the new airport.

If approved, the first phase would be 20.5km, four-lane road between downtown Yangon and Mingalardon Township expected to cost $620 million. A second-stage would extend the expressway to Bago and the new airport.

Feasibility studies on the expressway were being conducted by the foreign companies involved, U Thein Zaw, a senior public works engineer with the Ministry of Construction, told the December 21 meeting in Nay Pyi Taw.

Thein Zaw said there was “no plan” for a new road between Yangon and Hanthawaddy until after the airport was completed.

Selva Kumar said a cheap, high-speed rail connection between Yangon and Bago would also help travellers to save time after the new airport was completed.

He urged the government not to move too quickly on the massive project.

“It will be prudent not to rush this project, as it has to be located where it will give the most benefit to the country with the minimum impact on the environment. Airports are complex and very expensive; we have to get it right,” he said.

Top photo: An entrance gate to the proposed site of the Hanthawaddy International Airport in Bago Region. (Teza Hlaing / Frontier)