Wa Lone and Kyaw Soe Oo: ‘We did nothing wrong’

Frontier’s Ye Mon visited Ko Wa Lone and Ko Kyaw Soe Oo in Yangon’s Insein Prison five days after the two Reuters journalists were sentenced on September 3 to seven years in prison each for breaching the Official Secrets Act. This is what they had to say. 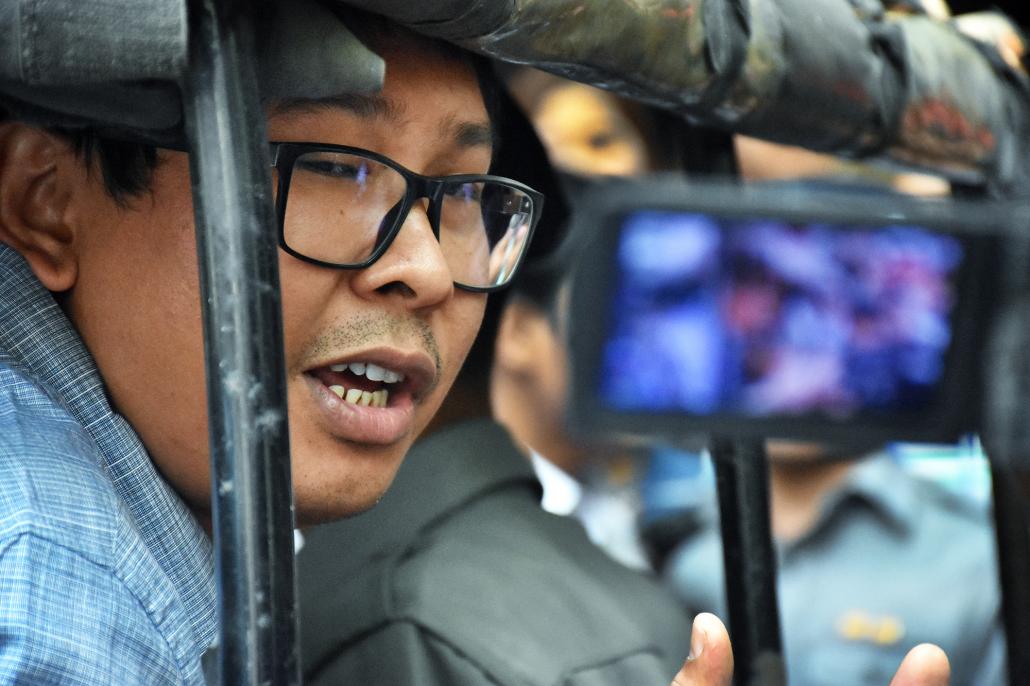 There has been an international outcry over your jailing. Does this make you hopeful?

The international community knows we did nothing wrong. I’m really pleased with their support.

We had to believe the court would release us. We spent eight months on trial, hoping for release. We have been jailed even though it’s clear we didn’t break the Official Secrets Act. But we are still hoping.

Myanmar journalist and activist groups are agitating for your release. What is your message to them?

We thank them for their support. All of them understand and are praying for us. I really feel it gives me strength.

What do you want to say to President U Win Myint and State Counsellor Daw Aung San Suu Kyi?

Please understand and see the truth in our case. Our country’s current situation cannot be resolved without a free media. The government should not see journalists as the enemy.

How are conditions in the prison?

We’re facing no problems inside the prison. I’m well and I try to stay as comfortable as I can. 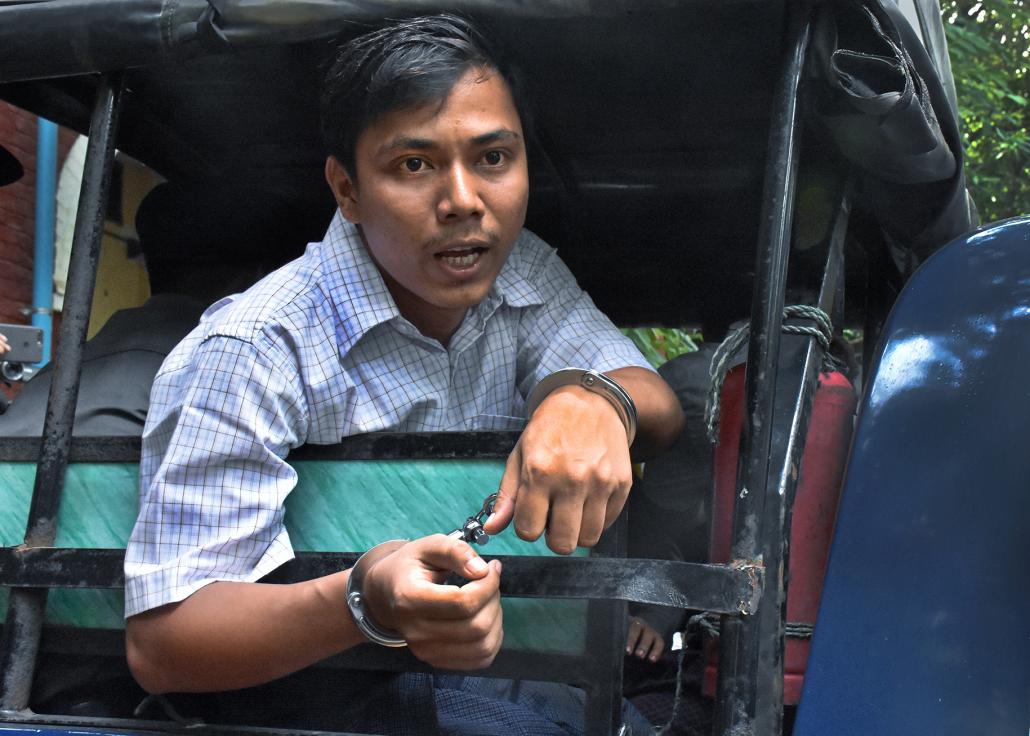 There have been global calls for your release, including a Twitter statement from US Vice President Mike Pence. Is it enough?

I’m really pleased by it. But, more than wishing for our release, I don’t want what happened to us to happen to other local journalists. I’m concerned the government will arrest more of them.

The government is tightly controlling access to northern Rakhine State and journalists can’t make their own arrangements. Now, Myanmar journalists are only seeing what the government wants them to see.

Some in Myanmar have criticised you and Wa Lone, mostly online, saying you’re both traitors. How do you respond?

I don’t want to respond to those lobby groups accusing us of betraying the state. We did our jobs. I hope they will come to understand us later on.

But I would like to say to the State Counsellor that we were only working in the public interest, and were not trying to harm the country.

Some of the so-called secret documents mentioned in the judgment, for instance about development projects in Kyaukphyu, were actually given to reporters by the Rakhine State parliament. We’re not guilty of anything.