YANGON — The UN’s special advisors on genocide and the responsibility to protect have expressed concern about the “politicisation of ethnicity and religion”, as Myanmar heads into what is expected to be the country’s most widely credible election in a quarter-century.

“The promotion of a political agenda that is based primarily on the protection of a particular religion or ethnic group is dangerous, particularly in a country as richly diverse as Myanmar,” the special advisors said in a statement, noting that anti-Muslim rhetoric by religious and political leaders “may constitute incitement to violence and is prohibited under international law.”

The UN’s office of the Special Adviser on the Prevention of Genocide alerts “actors where there is a risk of genocide,” and is intended to act as an advocate for “appropriate” responses where the threat of genocide exists. Adama Dieng, an international legal scholar and human rights specialist from Senegal, currently holds the position.

The “responsibility to protect,” or R2P, is a controversial doctrine that is not legally binding, which holds that state sovereignty is not absolute if states fail to protect their citizens from mass atrocity crimes like genocide. In the context of Myanmar, the doctrine was most prominently discussed in the wake of Cyclone Nargis in 2008, when the government failed to allow adequate aid and international relief workers to reach affected populations in the Ayeyarwady Delta.

A legal analysis published last week by the Allard K. Lowenstein International Human Rights Clinic at Yale University Law School claims there is “strong evidence” that the Myanmar government has committed genocide against Rohingya Muslims in the country’s westernmost state, although the ‘final stage’ – annihilation, – as occurred in the Holocaust or Rwandan Genocide – has not occurred in Rakhine.

The statement urged Myanmar’s government to address “the communal tensions in Rakhine State and [develop] sustainable solutions that respond to the concerns and needs of all communities, or face the risk of further violence and potentially, more serious crimes, noting that “religious minorities, including the Rohingya, are a part of Myanmar.”

On Friday, Myanmar’s human rights record will come under scrutiny from the UN Human Rights Council in the form of a Universal Periodic Review, the first that Myanmar has been subject to since 2011. A report detailing the findings of the review will be published on November 10. 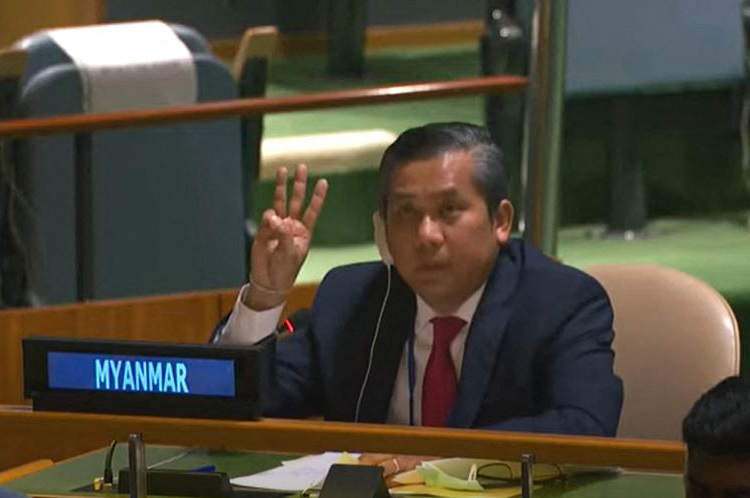