YANGON — Traffic management, garbage collection, drainage and land tenure were named as the main concerns of Yangon residents at a panel discussion to promote the municipal election on March 31.

Hundreds of people attended the event organised by the Yangon School of Political Science and the New Myanmar Foundation in downtown Maha Bandoola Park on March 24 at which the panelists included three candidates in the election.

As well as identifying the main concerns of residents in the commercial capital, the three candidates discussed their plans if elected and what they consider to be the main weaknesses of the Yangon City Development Committee.

U Khin Hlaing, U Luck Thin and U Aung Khant, all independents vying for the YCDC executive committee in Constituency 3, drew applause from the audience when they criticised YCDC’s performance.

YCDC needed to overcome weaknesses in providing services and do more for the convenience of the city’s residents, they said. 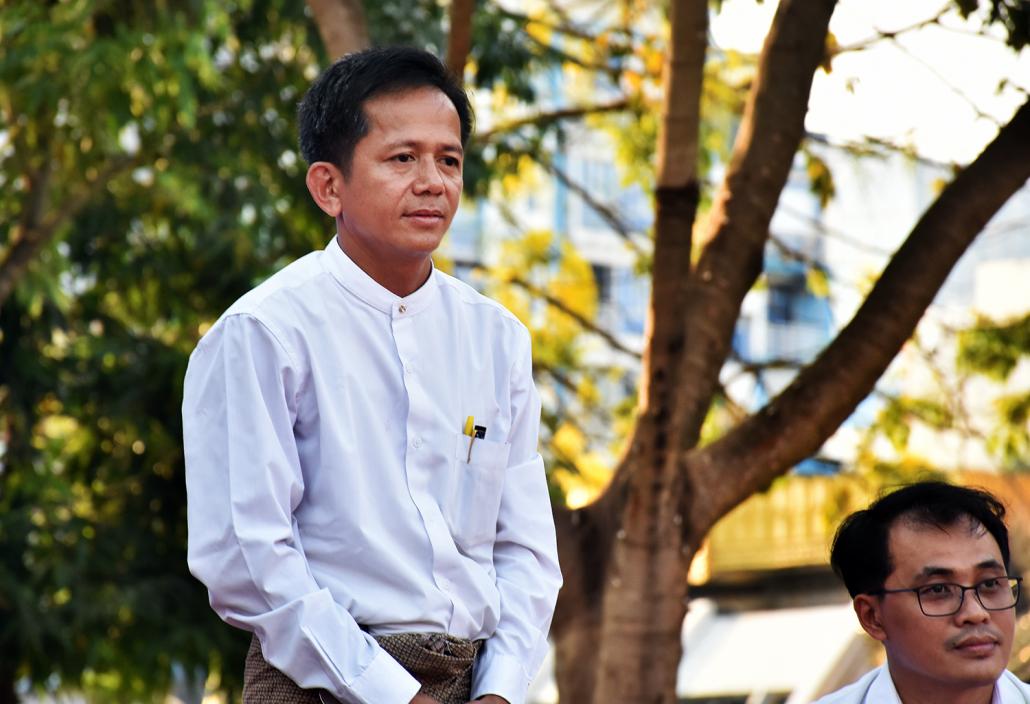 U Luck Thin urged Yangon’s residents to vote even if they do not like YCDC. (Steve Tickner | Frontier)

Luck Thin said a priority for him if elected would be training and scholarships aimed at upgrading the capacity and efficiency of YCDC personnel.

He said the forthcoming election had attracted much more interest than the previous municipal vote in 2014 and he thanked the organisers of the panel for making it possible for candidates to address the public.

“An event like this helps voters to assess candidates and decide who they will support,” said Luck Thin.

“I urge people to vote even if they do not like the YCDC and the government because it is important to choose the right candidate,” he said.

All 10 candidates in Constituency 3 were invited to participate in the panel, but only three accepted.

Among those in the crowd on March 24 was a well-known model, Ma Thandar Hlaing, who later posted a message on her Facebook page urging people to vote so they can put pressure on their municipal representatives to address garbage and drainage problems and make Yangon clean and beautiful.

“Only when people vote, can they discuss and complain to the person directly about the problems,” she wrote on the page, which has more than 760,000 followers.