In the country’s remotest corners, independent mobile phone tower companies are working to connect isolated populations and bring the people of Myanmar closer together.

It was two hours since he and Edotco national manager Mr David Kittle had set out from Falam in Chin State, to the site of tower CHN00136, only 12 kilometres (7.5 miles) from the Indian border.

Now their SUV was stuck behind a back-hoe that had been shovelling rubble from the dusty mountain road. Its operator was valiantly trying to manoeuvre to the side, even though the machine was almost as wide as the road.

With no cellular coverage, exactly how much of the 19km (11.8 miles) journey from Falam they had completed was anyone’s guess. Perhaps they would be able to check a few weeks later, when the new tower would be beaming data to the valley.

“How can this site even be profitable?” Kittle mused. “Who would choose to live out here?”

Vung Suan Mang, who is Chin, shrugged. “Some of these villages have been here 100 years,” he said.

If the village of Tlangkhua was about a century old, it had ended the century with little more than a few electric lights. Whether or not bringing the residents mobile phone connections, text messages and access to Netflix would be profitable was the concern of the telecos that lease antenna space on Edotco towers.

As far as Kittle and Vung Suan Mang were concerned, their work was about connecting isolated populations and bringing the people of Myanmar together – which at that moment meant making sure the towers were up and running before the rainy season turned the roads into impenetrable bogs.

After almost five years of work, bringing coverage to the farthest reaches of Myanmar has become a badge of honour in the telecoms industry.

Telenor, with a network that already includes more than 7,400 tower sites, plans to add its antennas to another 9,000 sites in urban and rural areas by 2018, said company spokesperson Mr Joachim Rajaram.

Telenor will lease space on the towers; it will not build them. It is up to Myanmar’s independent tower companies (or “towercos”) to acquire new sites and build the structures, even if it means transporting steel beams downriver on rafts, winning over village elders or, in Kittle and Vung Suan Mang’s case, edging past a back-hoe on a narrow mountain road. 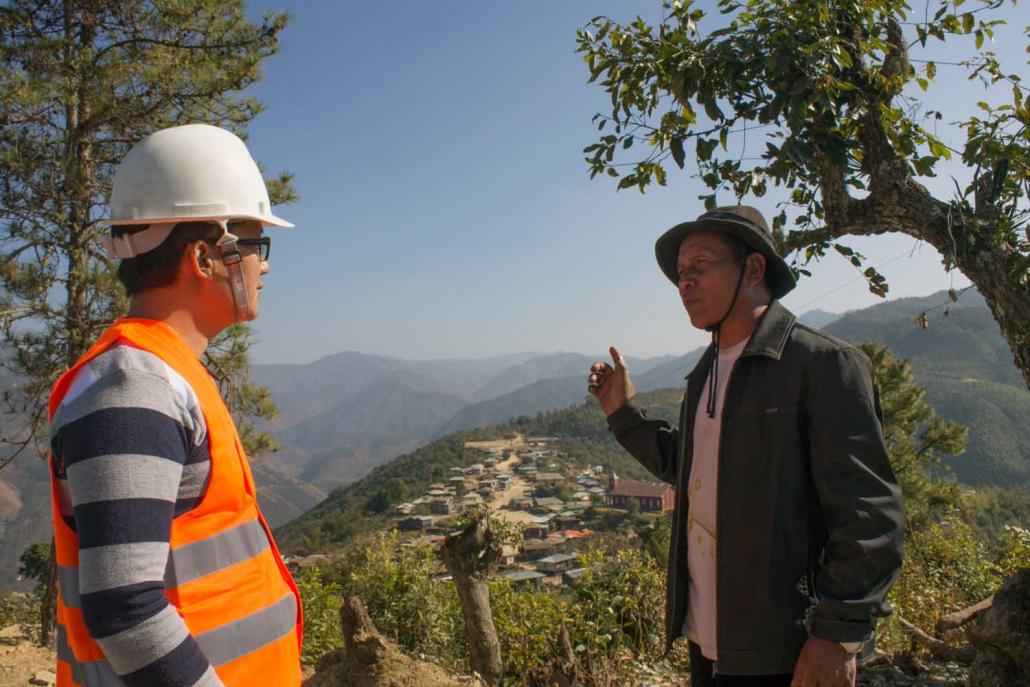 Of Myanmar’s last cellular frontiers, the terrain in Chin State is notoriously unforgiving.

The state capital, Hakha, a city of about 50,000 people, is a 10-hour drive from the nearest airport at Kalay in Sagaing Region. The state has a population of nearly half a million, most of whom are scattered through the remote valleys and mountainsides of the Chin Yomas. The main roads are little more than winding mountain trails, caked with billowing drifts of dust in the dry season and prone to deadly landslides when it rains.

“And nobody here works on Sunday,” Vung Suan Mang said of the majority Baptist population. “Even if we offer to pay them double, they will not work.”

State-owned MPT has the lead in telecoms infrastructure in Chin and has installed a fibre-optic cable between Kalay and Hakha, strung from concrete poles beside the road.

But the mountains have not taken kindly to the project. Many of the poles lean at perilous angles in the loose soil. Others lay entirely uprooted. Some have been snapped like toothpicks, their fibre-optic cables tangled in tree branches, buried in dust or severed entirely.

Vung Suan Mang said that while the cable was being installed his driver saw a friend working on the side of the road.

“He asked him, ‘What are you doing here? Aren’t you a taxi driver?’ And the guy said, ‘Not anymore. Now I am the contractor in charge of putting all these posts up’.”

It is a funny story, but Vung Suan Mang is sympathetic to MPT’s human resource difficulties. Towercos often rely on locally available labour. Kittle said Edotco recruits and trains most of its managers and site acquisition teams from local communities.

Finding qualified contractors and maintenance staff is a challenge, but working with local landowners and authorities can be the most difficult of all. Each new site is a unique political challenge for a towerco’s local managers and site acquisition teams.

A family might have worked its land for generations but have no official documents, making it difficult to arrange a lease. A site’s immediate neighbours, from whom permission is legally required, might be envious and demand a share of the lease money. A village headman might dismiss a tower as unsightly.

At a site in Shan State, Edotco found itself caught between two feuding villages, each demanding that the towerco rely on it for labour and assistance. When Edotco tried to move equipment through one of the villages, the other did all it could to obstruct the project. Asked what the villages were fighting over, Kittle said: “That’s a 64,000-dollar question.”

After a towerco has built a tower and it has gone into operation, it must maintain the site. For Vung Suan Mang, late-night calls because of equipment failure, or because the company installing an antenna locked out the company maintaining the generators, are part of the job.

Asked about their favourite tower, however, Kittle and Vung Suan Mang named MAT2295, in Mandalay Region, which has been almost problem-free.

“The towers you can forget about between inspections, those are the best ones,” Kittle said.

He hoped the same could be said of CHN00136, which they finally reached after three hours. 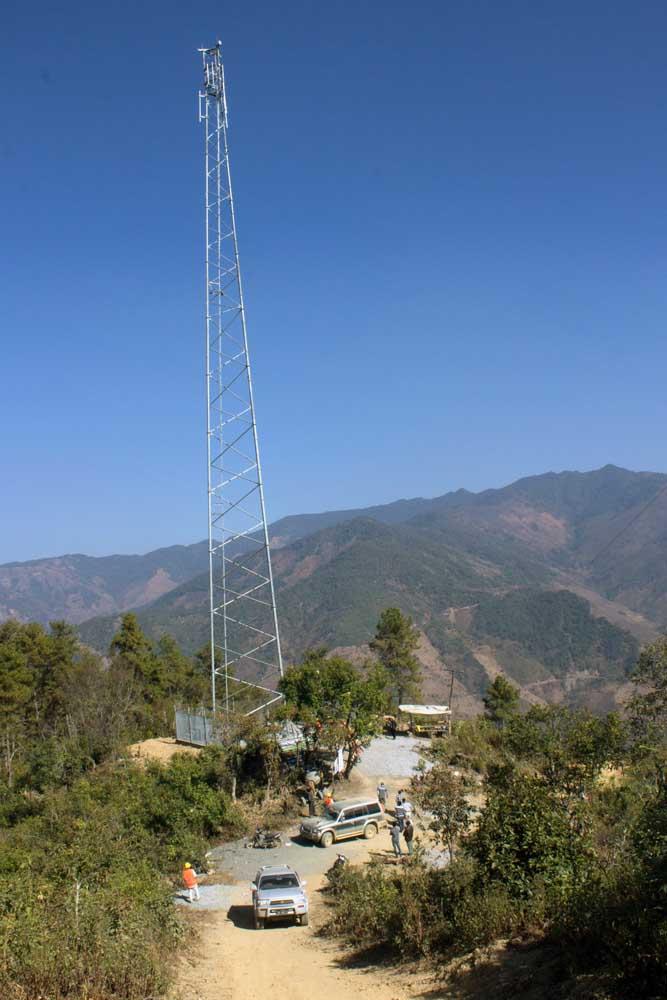 The shining steel tower, buzzing with local workers and subcontracted specialists from Yangon in clean, white hard-hats and modern equipment, seemed somewhat out-of-place overlooking the rustic mountain village of 860 people only 12km from the border with India’s Mizoram State.

There had been language barriers with the Mizoram-speaking local workers, the challenge of transporting specialist personnel in and out of the valley, and the slow process of sending concrete foundation samples to be tested in Yangon.

But those issues were all expected, and the village, at least, had been more than accommodating.

The local labourers, many of whom find jobs over the border in India, were glad of the work, said village headman Salai Dar Vung. Residents would also welcome the better coverage; until now they have only been able to receive an occasional, weak signal from MPT, when they are standing on the higher ground.

Soon they would have 3G from all three carriers. Dar Vung planned to buy a mobile phone and call, text and Skype with friends and relatives throughout Chin and on the Mizoram side of the border.

The village invited Kittle and Vung Suan Mang to stay for dinner, but they had to head back to Hakha; they might not be able to call for help if the SUV took a tumble in the dark.

Dar Vung understood. Maybe, in a few weeks, he would just find them on Facebook. 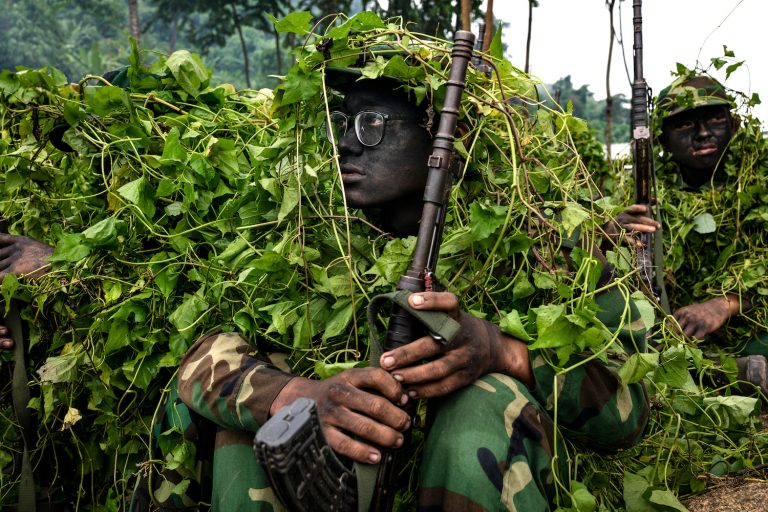 More than a year since the military pushed peaceful protests toward armed resistance, there is no visible end to Myanmar’s expanded civil war.
BY Frontier