Thin Lei Win left Myanmar during her teens and has worked as a journalist in Singapore, the United Kingdom and Vietnam, among others. In February this year, she returned to the country to help set up Myanmar Now, a press agency supported by the Thomson Reuters Foundation that produces stories in English and Myanmar. She spoke to Frontier about what the organisation can add to Myanmar’s media landscape and the future of journalism in the country.

In short, what is the concept of Myanmar Now?

I try to see Myanmar Now as a news agency set up by a team of very passionate Myanmar journalists and we want to be part of the Myanmar media scene and produce insightful stories about how Myanmar is changing.

I think the local media does some stuff very well and is very good at breaking news. We know how it works in media, you have to feed the beast, and sometimes you feed the beast you get too caught up in feeding it and you don’t necessarily have time to do analysis and look at what’s going on, and that’s what we aim to do.

We’re not going to publish 30 stories a week, or even every day, the team is going to have time to do their reporting on longer stories. In English, it will be at least one thousand words and sometimes up to three or four thousand. In Myanmar it will be a little longer because of the language.

One of the things we are doing is providing our stories for free for the local media, so if they want longer stories and they feel our stories are interesting, they can republish them for free as long as they give us credit.

We have hired quite a lot of younger journalists, we have an internship programme and are hoping to work with and explore opportunities with other media outlets. So I guess part of what we are doing is media development.

What was the process in setting up Myanmar Now?

After registering the company, that’s when we needed to do quite a lot of documentation, for example with the neighbourhood authorities and the police if I’m not wrong, on character and the fact that you don’t have any criminal record, then we submitted the documents to the Ministry of Information for the media licence as a news agency.

With regards to the police checks, was that for the licence?

We needed three recommendation letters about if whether or not we have a criminal record. We also needed to submit a registration form, but once we submitted that it took about seven or eight days to get the licence.

The longest process was getting the relevant documents and the bank details and the clearance of records and that sort of stuff. Between submission and getting the licence it was about two to three weeks.

You are distributing your content for free, so how is the operation funded?

At the moment it is being funded by the Thomson Reuters Foundation, who I worked for in the past for seven years and was seconded to come back and help set up Myanmar Now.

This is the fourth media project the Thomson Reuters Foundation have set up in this way. They have set it up in Iraq, Egypt and Zimbabwe and these are the independent media outlets that they’ve set up in countries you would call in transition. They tend to be locally staffed, locally owned but with technical support from the foundation and for us it was financial as well.

We are hoping it [the Thomson Reuters funding] will be there until at least the end of next year, and of course we are going to try and look for other investors as well because we think what we are doing is interesting and should continue.

We need to [make it commercially viable], that’s the thing that we’ve definitely been thinking of. To be honest, we’ve just been trying to get this launched, but we are looking at how we can make this a sustainable venture. I think the most important thing is for us to establish ourselves as a trustworthy news outlet that does good quality stories, then I think it makes it much easier to make it sustainable.

One of the first stories you did was about the Swan Arr Shin (a government-backed vigilante group). Is producing edgy stories a line that you are looking to do?

No it’s not a policy to write edgy stories, but to write interesting stories. I guess that story itself is edgy because it is controversial, but another story coming out is looking at Myanmar’s technological scene, so it will be less edgy but still interesting.

Are there any topics that you would not be willing to write about because it’s too controversial?

We’re not going to shy away from topics just because they’re controversial, but I think we need to be aware to make sure we use the journalism standards, to be fair, objective, and impartial and you have to give everybody the right to reply.

Every story you write has to be absolutely water tight, because there will always be individual bias. I think it’s impossible for people to say they are completely and absolutely neutral; personally and professionally I don’t think that’s possible.

Everybody has their own ideas of what they think, we just need to make sure we’re aware of it. You have to make sure that your reporting is transparent and be upfront about what you are doing. I think as long as you have that, then I’m sure you will agree that you can talk about anything.

Lately, after a period of relative freedom of people writing what they want, it seems we are now in a phase when the government and the army are threatening outlets with defamation. Does that make you feel uneasy?

I think being in the media in many countries is always a tricky thing. Look at our neighbours in Thailand, the way things have changed with the media there, now there are so many events that the Foreign Correspondents Club can no longer hold because the Thai authorities won’t allow it. So I think globally being a journalist is a dangerous thing.

Even in the United States or Europe, where it is considered freer, I think being a journalist, especially if you start poking around in things the authorities don’t want you to, it’s always a trick process. But in Myanmar specifically, just recently senior official U Ye Htut wrote on Facebook saying not to give false news or you can be punished. I think it’s our responsibility as journalists to try and report the truth or to report on things as truthfully as we can using those ethics we spoke about.

I think because of the history in Myanmar and what happened before, not only in media, but through anyone expressing their opinion, it makes people wary because in their minds this is what it used to be like.

What do you expect the situation to be like with the media leading up to the election?

Myanmar was so closed for so long and then in the last few years has opened up. I think everybody, meaning the media, the authorities, the general public, are all trying to understand how things work, what things are off limits and what are the things you might be able to push a little bit.

Before it was clear-cut in the sense that you had pre-publication censorship where it was somebody’s responsibility whether something was published or not. Now the responsibility is on the media to try and establish what the limit is. I’m not sure it’s just because of the election but I think there’s a transition and of course I think the elections are going to be historic.

To a certain extent it will be, I think there is too much riding on this election. There will be observers on Election Day and now everybody has mobile phones and can document things. There is also a plan to educate the volunteers and voters

Not only the election observers but also the general public will be observing the election. That doesn’t mean things won’t happen that people will question, but that there will be a lot of people that are emboldened to report on things they don’t believe are right.

Now the problem I think to a certain extent will be to establish what is real, because I think you might have something happen that is legal, but there is a lot of anxiety and emotion involved. So I think the election will be freer than in 2010 but my personal concern is for post-election as to what happens after the big day, because everyone is focussing on the big day. When do we know the results? What is the procedure? Will people accept the result?

We don’t have public opinion polls, so what a lot of people are hearing about the election is people speculating. It will be interesting whether or not people accept the result, across the country, but especially in the ethnic areas. 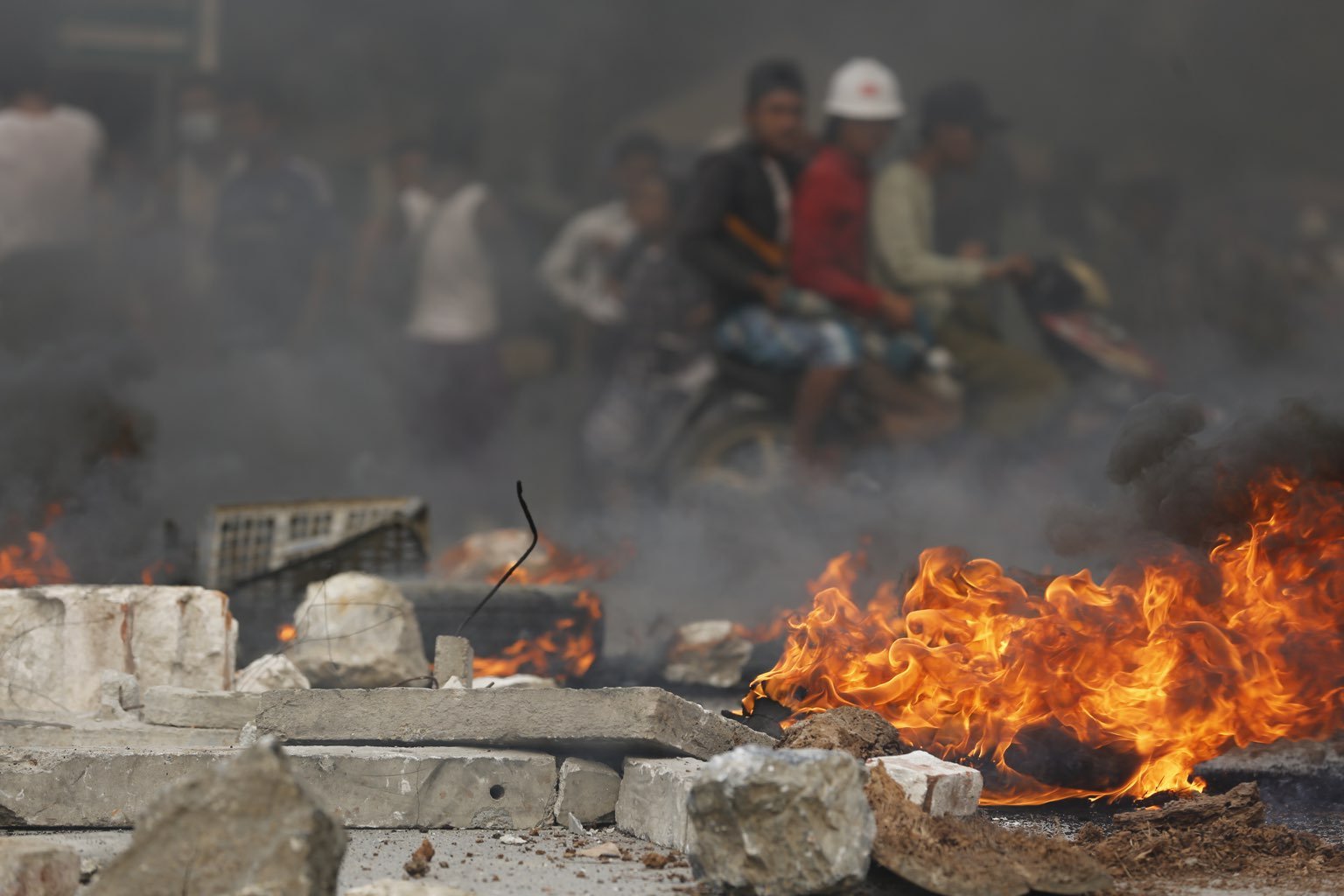