The Secretariat, in the heart of Yangon’s downtown, is one of the country’s most historically important buildings. It has played a crucial role in the administration of the country since its completion in 1905, but is most significant as the location where independence hero Bogyoke Aung San, seven members of his cabinet and a bodyguard were assassinated on July 19, 1947. Their deaths are commemorated each year on Martyrs’ Day.

Since Nay Pyi Taw replaced Yangon as the country’s capital in November 2005, there has been much debate and speculation about the future of the building. In 2012, the Anawmar Art Group won a government tender to manage the site. The final plans for the complex have not been unveiled, but the redevelopment will include a cultural component. Earlier this year, the company brought in Mr Vinod Daniel, who has more than 25 years’ experience in museology, as an adviser on the cultural side of the project. He spoke with Frontier’s Oliver Slow inside the Secretariat complex about the company’s plans for the site and also what steps need to be taken to improve the country’s museums.

Could you talk a bit about the work you are doing as an adviser regarding the planned cultural space here at the Secretariat?

This is probably my fifth visit to Myanmar and in the first three visits my role was very much to work with Myanmar museums in a broader capacity in various ways.

About four months ago, the Anawmar Art Group approached me. They’re doing this exciting project in converting this whole Secretariat precinct into a world-class site. As part of that conversion, there’s a very strong cultural component. My understanding at this stage is that about 40 percent of the whole precinct will be cultural space. 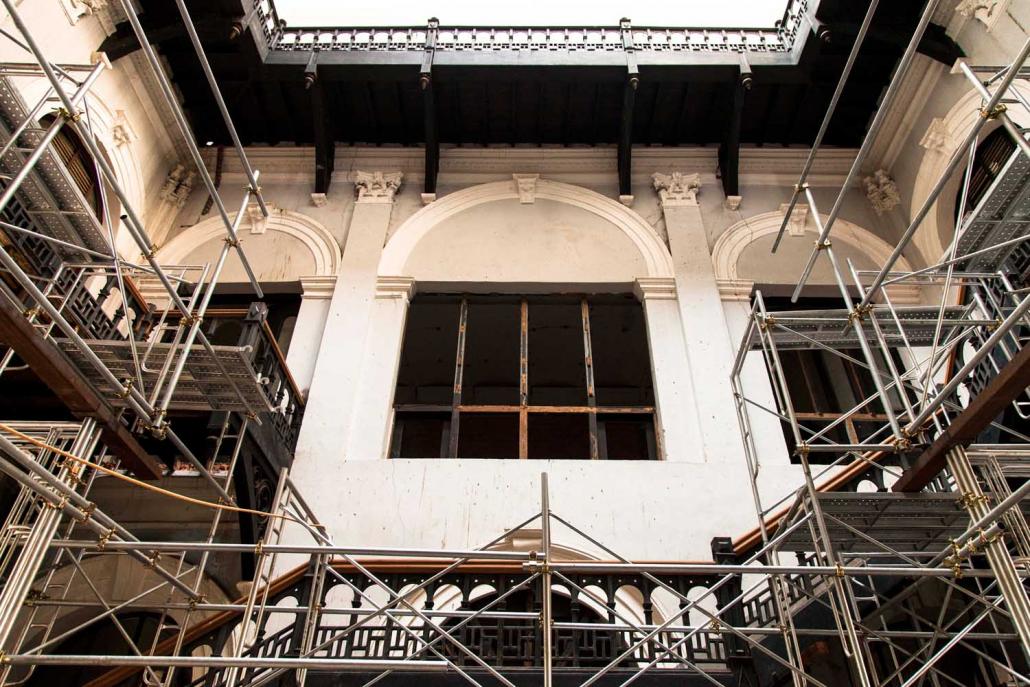 Within that space you will have certain historic components including the martyrs’ room [where the assassination took place], and you also have the first parliament that was operational here. There’s a whole range of historical elements and [Anawmar] wanted a bit of advice and leadership in how to take this forward, and that has very much been my role. 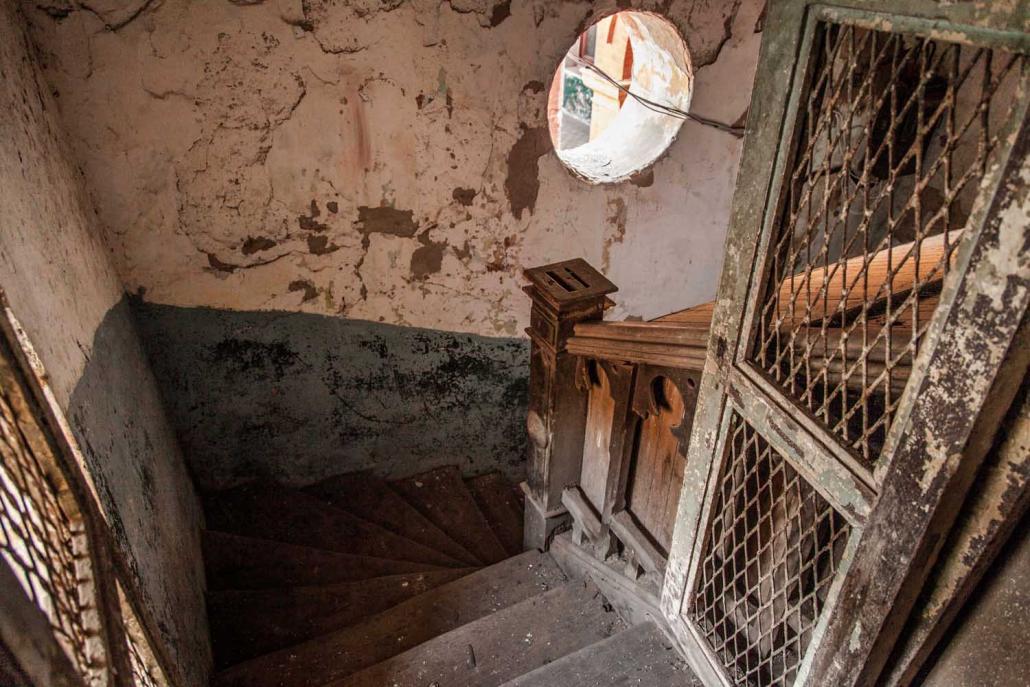 This is my second visit in this role and we are defining how to convert that and bring it to the public in the best possible way. In that process we are looking at a larger planning meeting where we will get some of the world’s best experts to come to Myanmar in July, and that will better dictate the broad scope of what we want to do.

And we are of course looking at every year opening up the place on Martyrs’ Day, and during that time there will be some elements that will be opened to the public.

So it will be more of a gradual opening up of the space to the public?

Yes. I think typically a museum project like this, if you look at major museums around the world, it is at least a two or three-year project. At the beginning you want to do the best you can to make sure it’s authentic and what you want to communicate, and make sure all the things are to the right target audience, and that process takes a bit of time. So my gut feeling is that it will take two or three years before it’s fully complete.

I know you said it’s early days in the planning, but could you talk a bit about what the cultural component of the Secretariat might look like?

It is early days, but I think one of the things that is important to capture is the historical aspect. Because there is a lot of history with what happened in this complex, and I think that if we can come up with a museum that captures that, then that would be great. 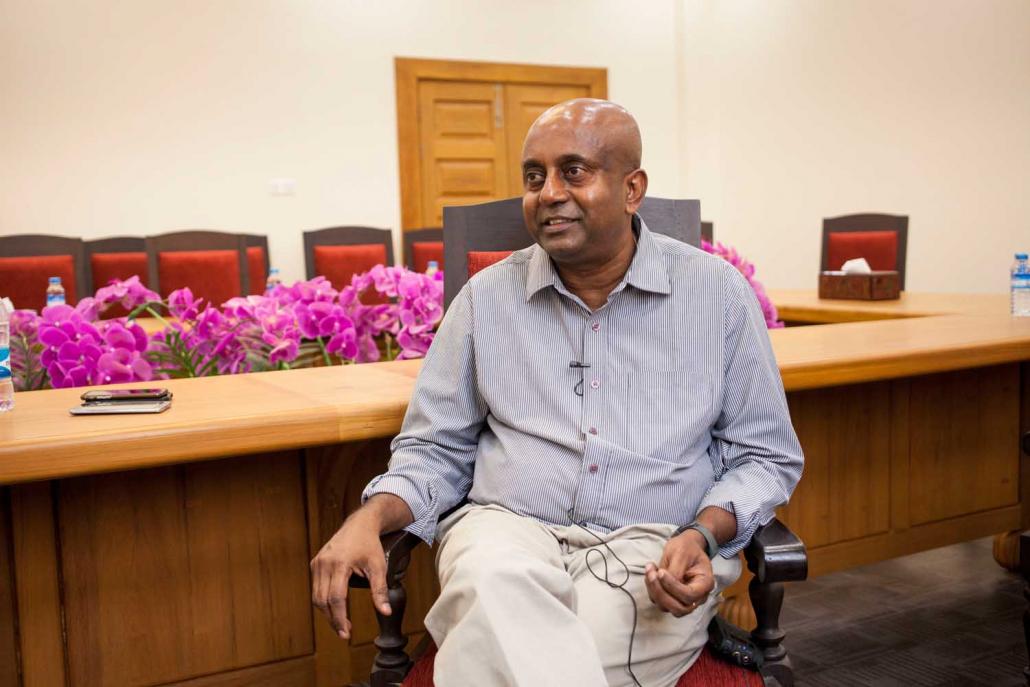 There’s no point creating a museum for the sake of creating a museum. There aren’t many places that are as symbolic as this place. The only other place I can think of that is similar is the Indira Gandhi Memorial Museum [in Delhi, India] where Ms Gandhi was assassinated [in 1984]. I see a lot of connections between that memorial and this place.

There will definitely be galleries, and most museums are associated with other spaces where you could have exhibitions, cafes and a whole range of other things. We can define it a lot more after the planning workshop in July, but about 40 percent of the whole precinct will be earmarked for culture.

You mentioned earlier your role with the International Council of Museums. How does that relate to your work in Myanmar?

I’m an elected board member of the ICOM, which has more than 37,000 members in about 170 countries. The role is to look at things in a broader global context.

Having been to Myanmar a number of times, the first thing that is immediate is that the museum field is growing. It’s extremely positive to see the great amount of support the government is putting into the museum sector. 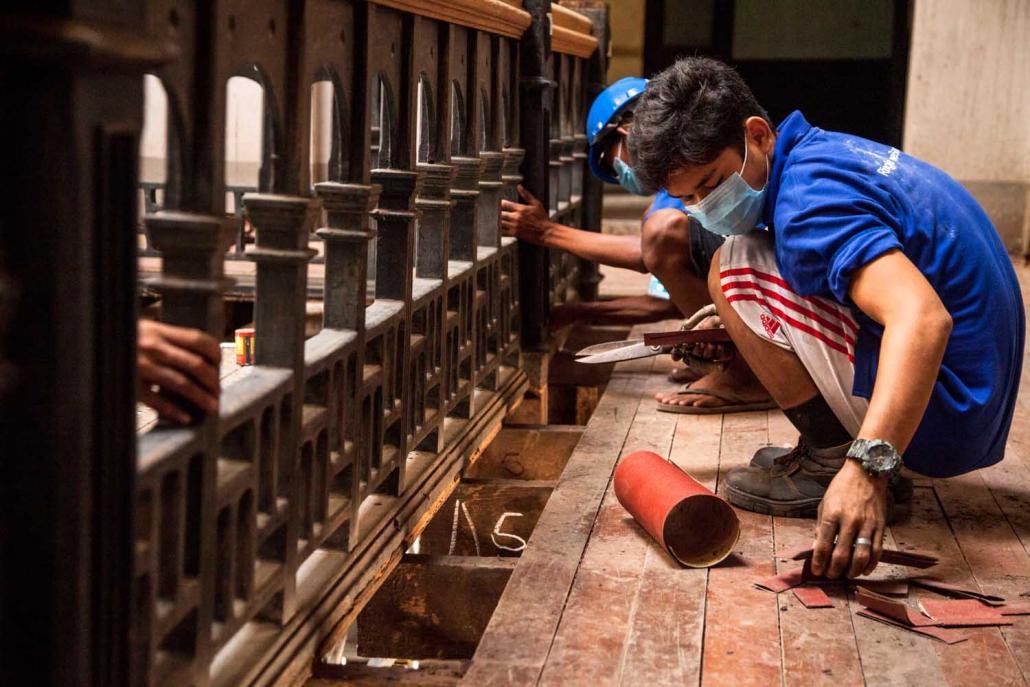 I had a chance to go to [Nay Pyi Taw] a few months ago and it was amazing to see the National Museum and the size of it. My only comment, and this isn’t just true of Myanmar, is that I think it’s great to have such large, vibrant institutions, but to keep them vibrant you need human resources.

One thing I would strongly suggest to the government is that in order to enhance museum development, you need to have a human resource development approach. 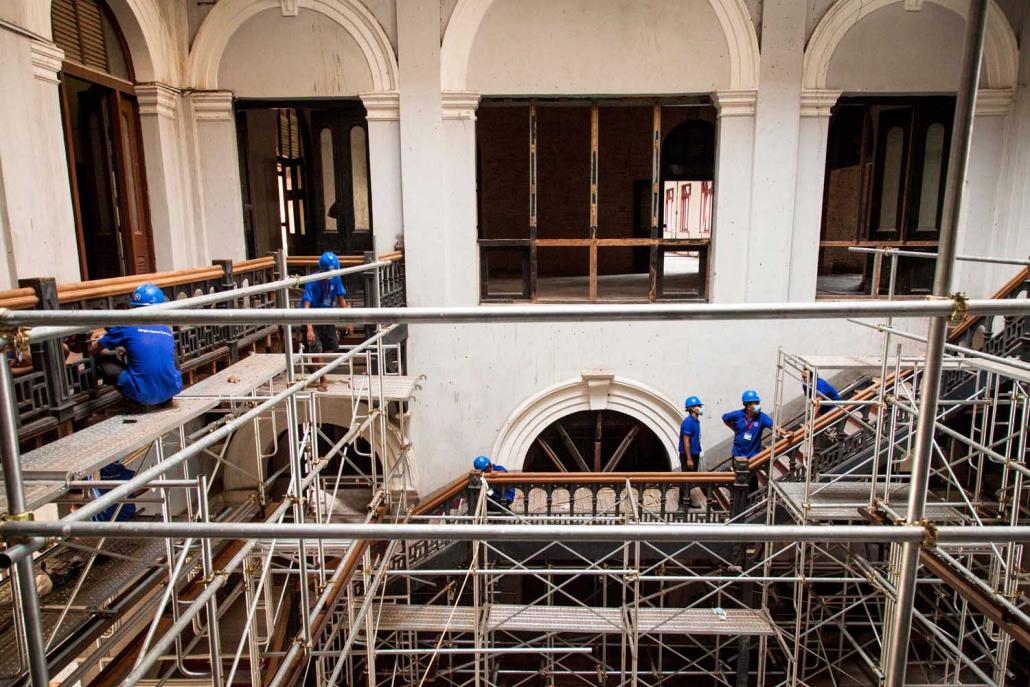 You need more university-level programmes around museum conservation. I’m not sure if anything like that exists in Myanmar. I’ve done quite a bit of capacity building with [Myanmar institutions] and there are a lot of possibilities. They are bright, but it’s a question of how you develop the skill set. You can always get international experts to come in and create something, but to make something sustainable you really need the local talent. If you have that, then I think you will see the whole field just boom.

In December, Myanmar became a member of ICOM. What does that mean for the country?

ICOM is a global body. Myanmar’s application came about at the last board meeting and was very positively supported by all board members.

Normally countries apply to ICOM to set up their own national committee. By having a national committee you can have your own national secretariat. You have your own mechanisms to collect membership fees and other things, you have a voice in the global museum world, you are able to table your suggestions and recommendations and vote in the global forum when issues are being discussed and decided. You also have access to funding. So that’s a whole range of things, but more importantly you’re part of this global museum fraternity.

You mentioned that human resources are one challenge for the development of museums. What are some of the other challenges?

I think definitely that once you get the human resource aspect under control, all the rest would follow. One associated thing with human resources is the private sector. How aware are they of designing a cultural institution? I think that’s a big challenge. 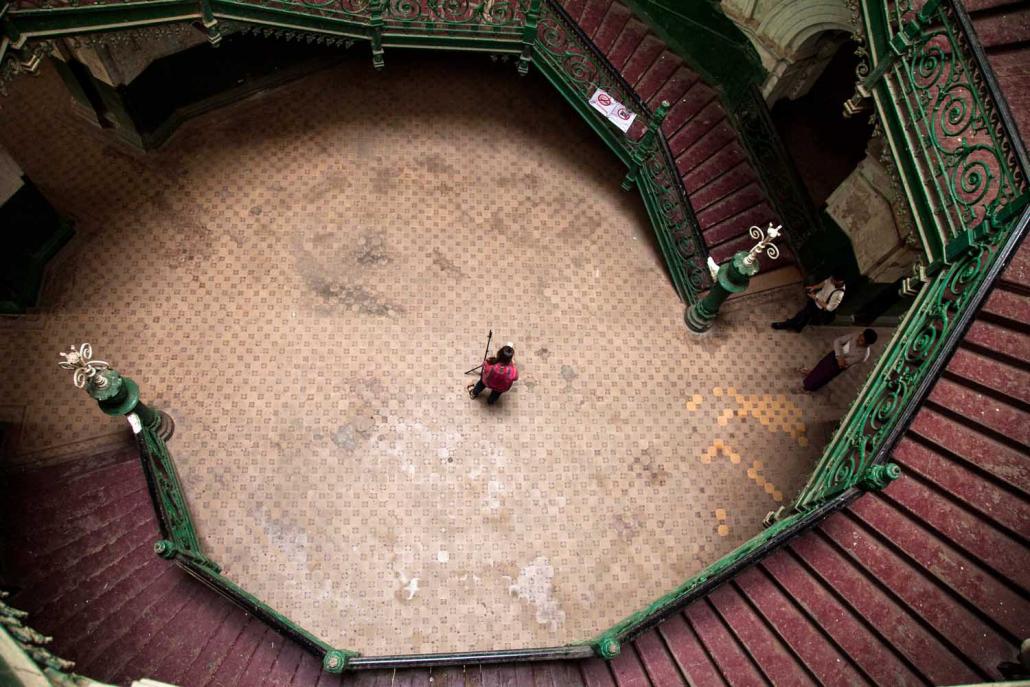 But it’s all connected to human resources. Once you have the young graduates coming in, they are smart, they set up a private sector, that all feeds into each other.

Speaking more broadly, as someone who works in the cultural field, why is it important for a city or country to hold onto its cultural heritage?

I think one of the most attractive things for Myanmar is that it’s at a stage where you haven’t lost much. You look at places like Singapore and Hong Kong where development has been great, but if you develop too quickly, you’ll destroy your heritage.

Singapore realised that after probably 20 or 25 years and since the mid-1990s have realised they need to do something to bring the heritage back, and they’ve pumped billions of dollars into a sector that is now very vibrant. But they lost a lot before they did that.

If you lose your heritage, every city in the world will look the same. You need a connection to the past. 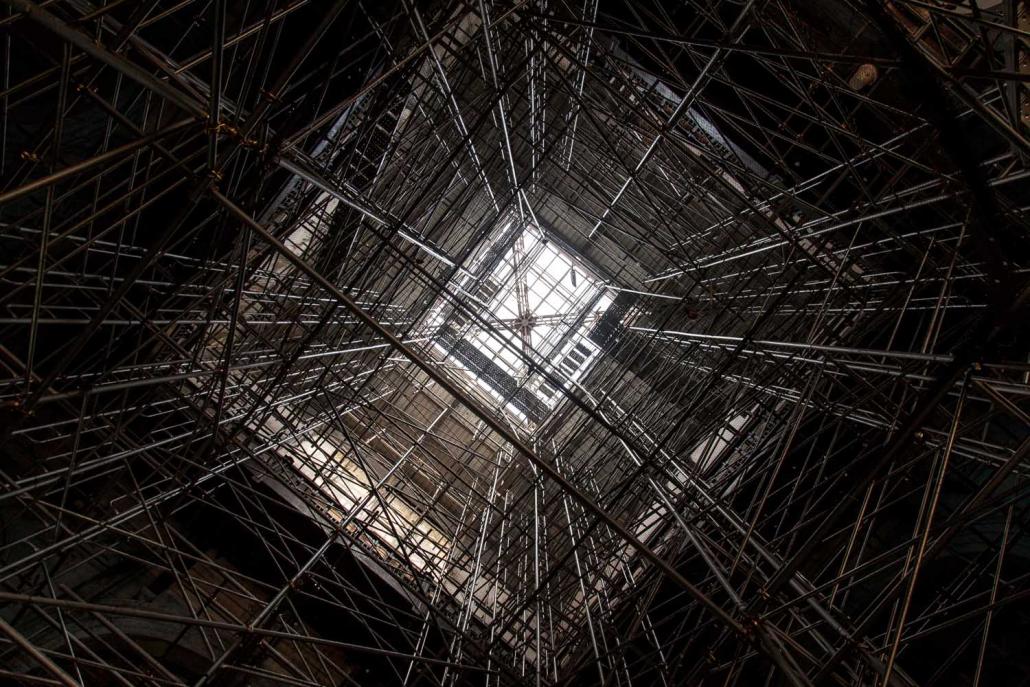 One thing I would add is that I think every country needs to define a museum culture based on themselves. There is no global model you can use. I think Myanmar will develop its own museum approach, and that includes the tangible and intangible elements.

It could be a drum that was used for a particular type of music that doesn’t exist anymore, and that music is just as important as the object.

In the West, you have a stronger tangible object base, while in the Pacific it’s the intangible aspect. So Myanmar might be somewhere in between – it’s very much up to the individual country.