The NLD’s recent attitude towards the media flies in the face of the party’s claim it will usher in a new era of government transparency.

When Daw Aung San Suu Kyi’s confidante U Htin Kyaw was confirmed as the country’s next president on March 15, the National League for Democracy leader fulfilled her promise to install a proxy and circumvent the constitutional ban on her becoming head of state.

The reaction to the appointment was positive, but far from ecstatic. Myanmar will have a civilian president for the first time in more than 50 years even though it is not the preferred choice of an overwhelming majority of the people.

If Suu Kyi was happy about the historic moment, she didn’t show it. Shortly after the vote, she left parliament without speaking to journalists, who had hoped she might wish to convey her feelings to the public. Only Htin Kyaw briefly addressed the media pack, declaring the moment “sister Aung San Suu Kyi’s victory”.

Already there are indications that the new NLD government’s approach to media engagement might not differ much from that of the administration of President U Thein Sein. 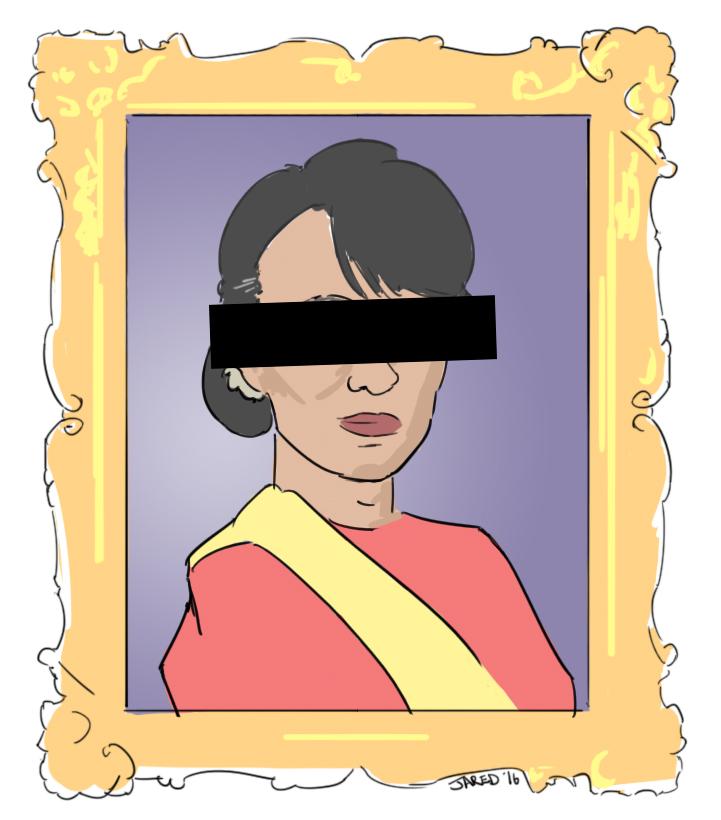 Before the November election, NLD candidates were banned from speaking to the media. Suu Kyi has barely uttered a word in public about her plans for the country’s future other than saying she will be “above” the president. Many journalists have complained since the new parliament convened in early February that media access to proceedings is worse than before.

Party leaders claim that such an approach is necessary as the NLD negotiates a sensitive political transition with a famously unpredictable military it is keen not to irk.

Some apprehension among NLD members is understandable; many felt the full force of the military’s uncompromising stance during junta rule and served time in prison for their beliefs. But as Myanmar moves to the next stage of its transition, openness and transparency with the media will be crucial for a party that highlighted both virtues during the election campaign.

After Htin Kyaw and U Henry Van Thio were confirmed as the party’s presidential and vice-presidential nominees on March 11, the world’s media scrambled for information about two men who until then were largely unknown outside the country.

Names were misspelled and Htin Kyaw was falsely reported as being a graduate of Oxford University. References to him once serving as Suu Kyi’s driver were said to have displeased NLD leaders, reported The Irrawaddy.

Hours later, after the NLD finally released information about Htin Kyaw, it emerged that he was much more than Suu Kyi’s occasional former driver. Their friendship dates from attending the same Yangon high school and Htin Kyaw offered constant support during her years under house arrest.

The new president is the son of U Wun, better known by his pen name U Min Thuwun, who is one of Myanmar’s most revered poets and who won a seat for the NLD in the 1990 election. He also has an executive role with the Daw Khin Kyi Foundation, an NLD charity named after Suu Kyi’s mother.

After it became clear that there would be no agreement with the Tatmadaw to suspend Section 59(f) of the Constitution, that makes Suu Kyi ineligible for the presidency, reports began to emerge naming Htin Kyaw as the likely future head of state.

It is safe to assume that the NLD leadership had known for weeks that it would nominate Htin Kyaw for the presidency if its efforts to secure the position for its leader were frustrated. In such circumstances, the failure of the NLD to provide information about Htin Kyaw until hours after his nomination on March 11 is yet another indication of poor media engagement.

The NLD has promised to give Myanmar its most transparent government. Parliamentarians have been required to declare their assets and the proposals to streamline the number of ministries from 36 to 21 are part of plans to minimise unnecessary spending and maximise efficiency.

If the NLD wants to create a truly democratic government, it is imperative for the sake of accountability and transparency that it nurtures a free and open media by providing access to government information, ministers and politicians.