The Myanmar Muslims in China

The busy Chinese border town of Ruili is home to a large Myanmar community, many of whom are Muslims who have rebuilt their lives after fleeing discrimination and violence.

About 50,000 Myanmar have found a new life in Ruili, a busy Chinese trading town of 140,000 people across the border from Muse in northern Shan State. Most of the Myanmar are Muslims involved in the jade business, who left their homeland to escape religious violence. They have rebuilt their lives, learned to communicate in Chinese and formed relationships with the locals. They never stray too far from the centre of the Myanmar community on Zhubao (Jewellery) Street, where they can gossip at teashops, eat mohinga for breakfast and buy betel at every corner.

This is their story.

When U Phone Kyaw moved to Ruili from Yangon in 1990, the Myanmar community numbered about a hundred. “Back then there was no Zhubao Street and it was very difficult to do business,” said U Phone Kyaw, 52. “The border control, the police, everyone is trying to give you trouble, but you have no choice but to sell jade on the street and risk getting caught,” he said in Chinese with a heavy Yunnanese accent.

In 1993, U Phone Kyaw helped to establish Zhubao Street on a 60,000 square metre plot designated for the jade trade. He also founded many jade associations in Ruili, as well as two schools that teach Myanmar language. Members of the Myanmar community address him as “Master”. The 155-centimetre-tall “Master” goes out of his way to help his fellow citizens when they encounter difficulties in China. He also helps his compatriots with the paperwork if they want to open a shop. 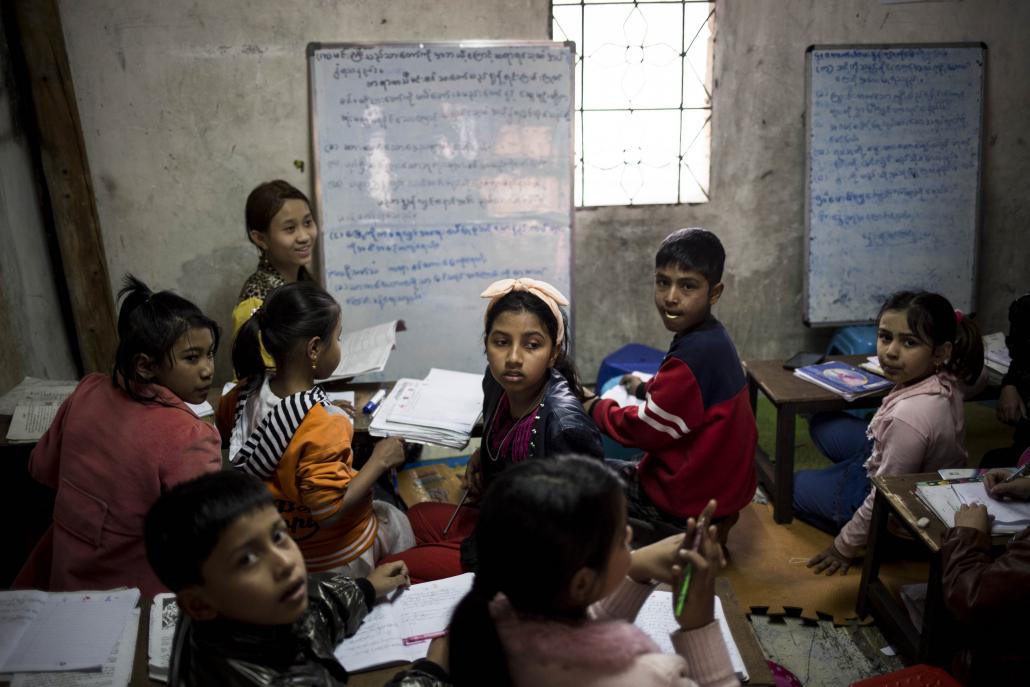 Tawwin Yadana Myanmar School, a school in Ruili that offers degrees certified by the Ministry of Education in Myanmar. (Ann Wang / Frontier)

“I love China,” said U Phone Kyaw, who has returned to Myanmar twice in the past 25 years. “I love the law and order here; the fact that both foreigner and locals are treated equally before the law. This can never happen in Myanmar,” he said.

As the Myanmar community has grown, marriage with Chinese has become more common. One such couple is A Huan, 35, who was a village girl and an athiest before she married her Rohingya husband 15 years ago. He had travelled from the Rakhine State capital, Sittwe, and entered China illegally before settling down as a jade trader in Ruili where he met A Huan, who has become a devout Muslim. 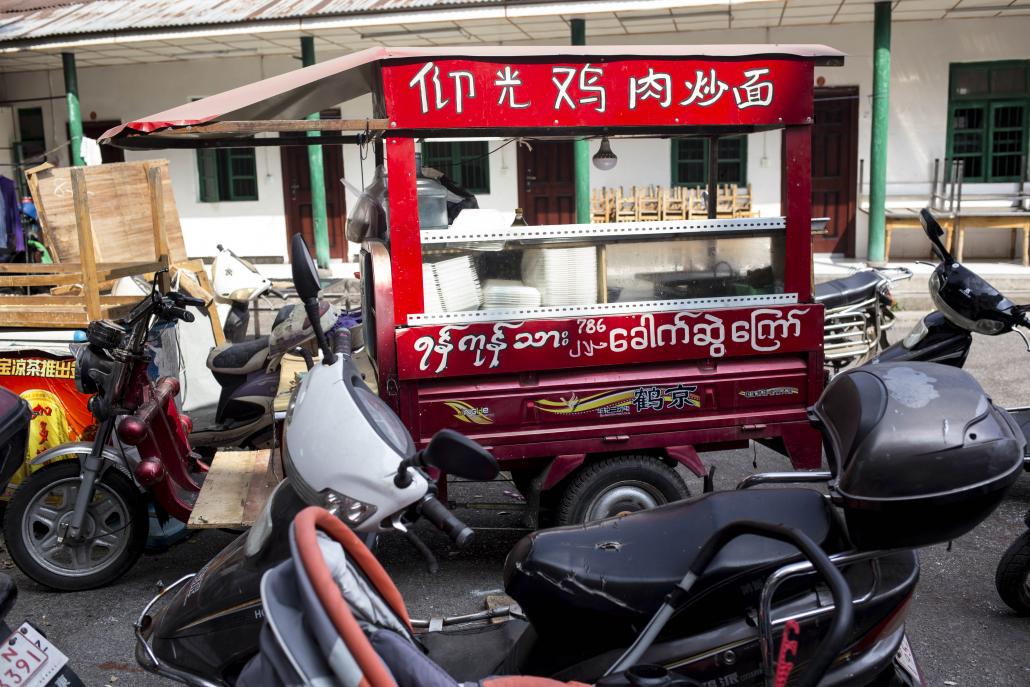 A Huan has never visited Myanmar. “My husband said Myanmar is a bad country and they treat Muslims harshly,” she said. However, they dream about eventually relocating to Myanmar, which is why they send their sons, aged 13 and 11, to Myanmar language classes after they attend Chinese public schools in the morning.

Life is not easy for the family. A Huan’s husband travels throughout China selling jade from a suitcase and the family gets together only about every four months. A Huan has formed strong relationships with other women at the mosque and the sense of community she feels among them is a comfort while her husband is away making a living to support the family. 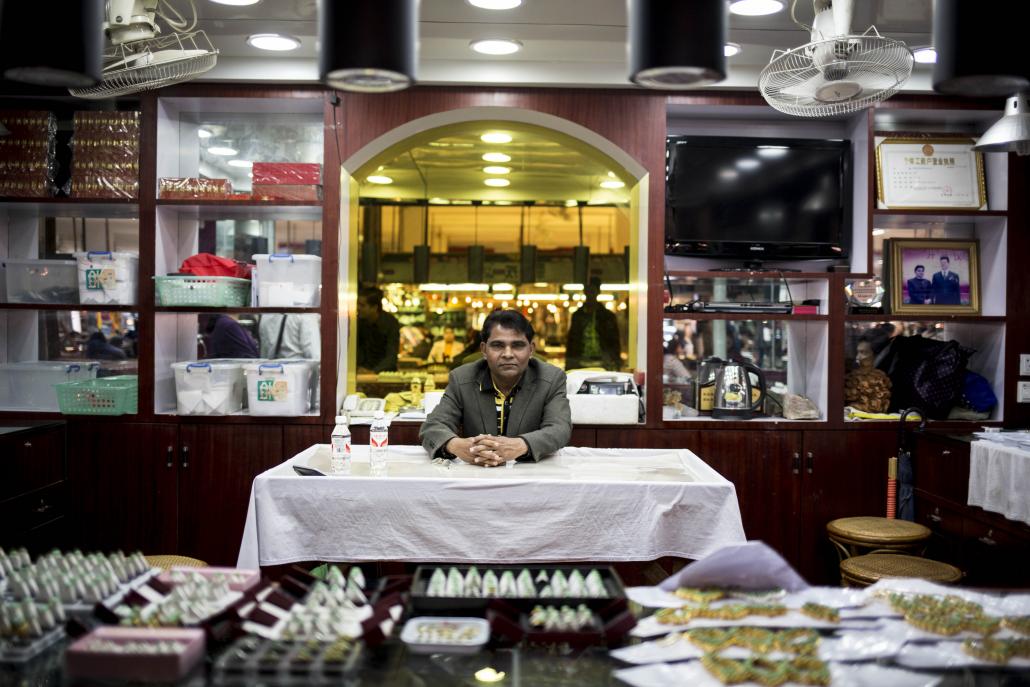 U Phone Kyaw at one of his jade shops in Ruili. (Ann Wang / Frontier)

Taking photos is prohibited at the mosque on Zhubao Street, known to Ruili locals as “Myanmar town”. “We have the responsibility to protect the members of our mosque, which has about 3,000 Myanmar and 600 Chinese,” said the imam, Ma Xiao Juan, who is originally from Kunming, the capital of Yunnan Province.

“We do not want pictures of our members to be published because many of them are Myanmar who escaped from their country because of religious reasons,” Mr Ma said.

“If the Myanmar government found out that they are here and asked our government to hand them over, what should we do? It’s the lives of thousands of people. But if we don’t hand them over to Myanmar it could inflame tensions between the two countries,” he said. “The risk is too high.”

Mr Ma said the mosque provided shelter for Muslims from Myanmar after sectarian tensions there flared into violence in 2012 and 2013.

One of the incidents occurred in Lashio, about 130 kilometres south of Muse, when mobs torched a mosque, a Muslim orphanage and other buildings in May 2013. Mr Ma recalled arranging for men armed with dahs to guard the entrance of the mosque 24 hours a day for almost three months. Just weeks ago, 16 surveillance cameras were installed at the mosque, and the video stream is shared with the police. 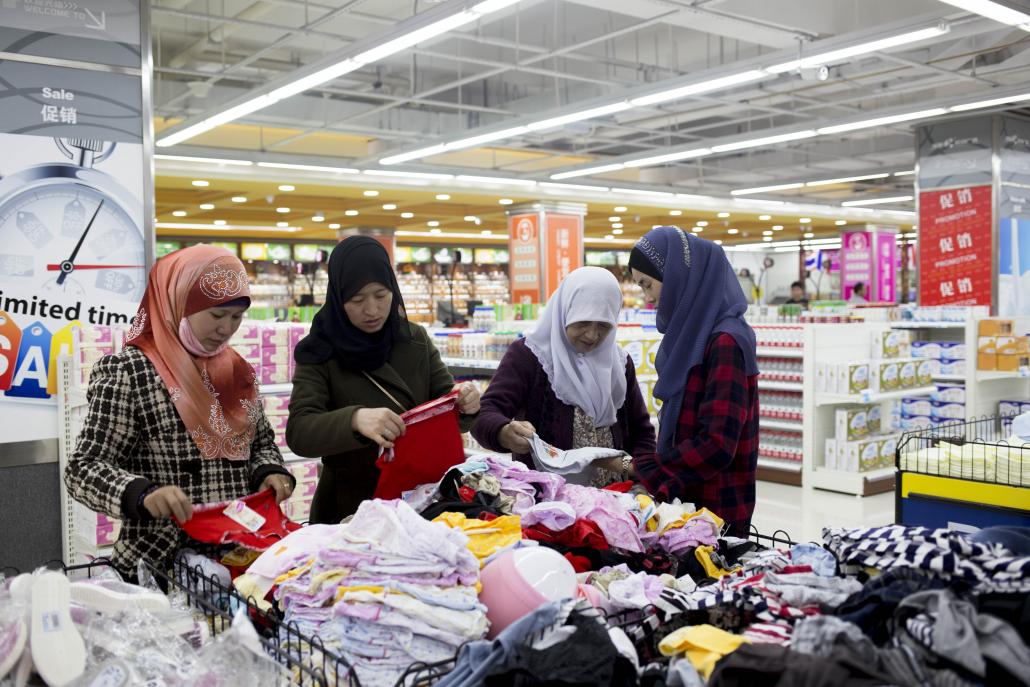 A Huan shops for clothes with friends at a shopping mall in Ruili. (Ann Wang / Frontier)

Mr Ma said it was impossible to have a mosque for Chinese and another for Myanmar. “If that happens, it will be difficult for us to manage the Myanmar Muslims,” he said. “The land will always belong to us and we will always be in charge. The Burmese have the freedom to use the mosque to pray, but they don’t have the political status to be in charge of a mosque. However, we the Chinese and the Myanmar Muslims both paid half to build this mosque.”

Mr Ma cannot speak Myanmar and shares his duties with an imam from Myanmar who does not speak Chinese. Asked why they help Muslims from Myanmar when they cannot communicate with each other, Mr Ma said: “All Muslims are one family, that’s the rule.” 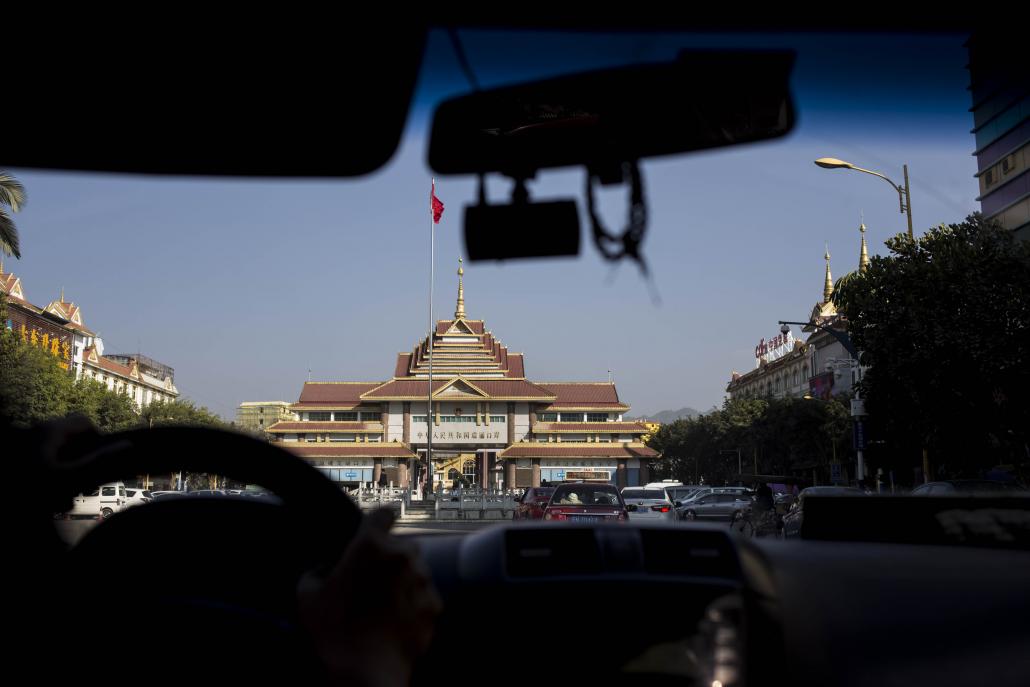 A few steps from the mosque, down a small alley between a shop selling snacks from Myanmar and a betel nut stand, about 50 Myanmar children are learning Myanmar subjects at the Taw Win Yadana Myanmar School, which provides classes from kindergarten to 11th grade.

The school, in a three-storey building, operates on Myanmar time, one-and-a-half hours behind Chinese time. Most students can speak basic Chinese, but have dropped out of Chinese school to attend the Taw Win Yadana School, that offers qualifications certified by the Myanmar Education Department.

“If we are not here, they can’t learn Myanmar subjects,” said U Tint Lwin, the school’s principal. “I want to help their education so they can go back to Myanmar one day,” he said. 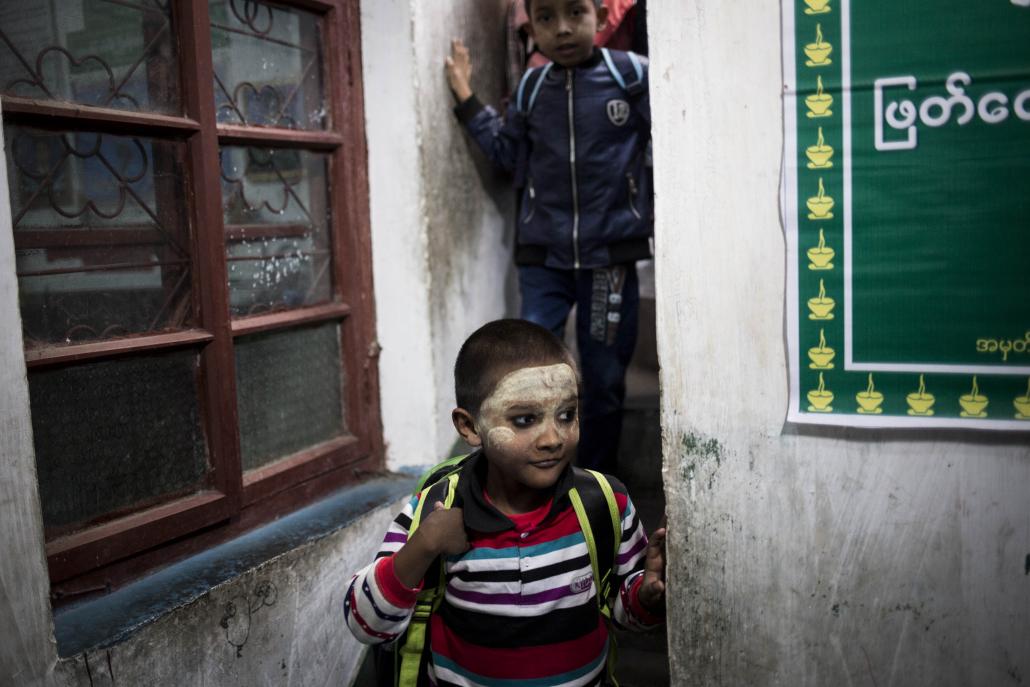 But whether the next generation of Myanmar in Ruili want to return to “the land of gold” is in doubt. A group of 13-year-old students said English is the favourite of the four languages they are learning, which also includes Myanmar, Hindi and Chinese.

Ye Min Htet, 15, who was sitting in a corner preparing for his final biology exam, was born in China, has lived between Ruili and Muse and attended a Chinese school for only one year.

“I don’t want to go back to Myanmar,” he said in broken Chinese. “I want to stay in China, here within the Myanmar town in Ruili.”