One of the nation’s biggest madrassas is thriving in a Sagaing Region town where it was built on land donated by a Buddhist.

IN A TOWN in Sagaing Region is a living legacy of the foreign merchants who settled in the area centuries before the British completed their conquest of Burma with the capture of Mandalay in 1885.

Sagaing, on the west bank of the Ayeyarwady, as well Ava (Inwa) and Amarapura, were among the cities that preceded Mandalay as royal capitals in an area linked by ancient trading routes to the Indian Subcontinent and China.

The foreign business community was rich with diversity. It included Muslims who have long assimilated into Burmese society (see ‘We are Burmese Muslims’) and who established a school that continues to play an important role in the nation’s Islamic community.

The Myanmar-Arabic Science School was founded in 1937 in Sagaing’s Sagone village and shifted to Kantbalu town in 1960. Its current headmaster, U Abdul Hadi, said it is the largest registered madrassa, or Islamic school, in Myanmar with about 1,000 students.

Another point of distinction is its name. While most madrassas in Myanmar have names derived from Arabic, its name is Burmese: Myanmar-Arabie Theikpan Kyaung.

U Abdul Hadi is the headmaster of the Myanmar-Arabic Science School, which was founded in 1936. (Teza Hlaing | Frontier)

The school has a nationwide reputation within Myanmar’s Muslim community largely because of its co-founder and inaugural headmaster, Sayagyi Pon. Fluent in Arabic, Urdu and Farsi as well as Burmese, Sayagyi Pon was born at Phoak Taw village in Kantbalu Township and was a son of U Yein, the recipient of an honour for loyalty bestowed by King Thibaw.

Sayagyi Pon founded the madrassa with three other scholars: Sayagyi Hla, Sayagyi Zone and Sayagyi U Phi. They had left Burma in 1930 to undertake advanced Islamic studies at Surat in India and established the madrassa the year after they returned home, in 1936.

Sayagyi Pon was influential and widely respected within the Kantbalu community, said Abdul Hadi, whose Burmese name is U Aung San.

The government sometimes sought Sayagyi Pon’s assistance to act as a mediator in disputes over land, inheritance and divorce settlements between not only Muslims but also Buddhists.

“Some cases were handed over by government officials to Sayagyi’s office,” Abdul Hadi told Frontier.

For his services, Sayagyi Pon was awarded privileges by the government, including a pass that allowed him free travel on boats, trains and other forms of transport.

After independence in 1948, Burma became engulfed in fierce ethnic and political conflicts, with multiple armed groups active in many parts of the country. Kantbalu Township was no different and, amid the chaos, Sayagyi Pon considered it prudent to leave Sagone. In 1949, he and his family moved the 16 kilometres (10 miles) to Kantbalu town, but he regularly returned to Sagone to oversee the school’s activities.

In 1957, with enrolments on the rise, the management of the madrassa decided it needed to move, too, and after more than two decades in Sagone it was relocated to the town, which has a population of around 25,000, according to the 2014 census.

The new madrassa, which retained the name of the original, opened in 1960 on a compound covering eight acres (3.2 hectares). In an indication of the esteem with which the wider community regarded Sayagyi Pon, a Buddhist, Daw Mi, donated the land.

“When she heard that Sayagyi Pon had been looking for a new place she approached him and asked to donate the land for a mosque and the madrassa,” recalled Abdul Hadi. 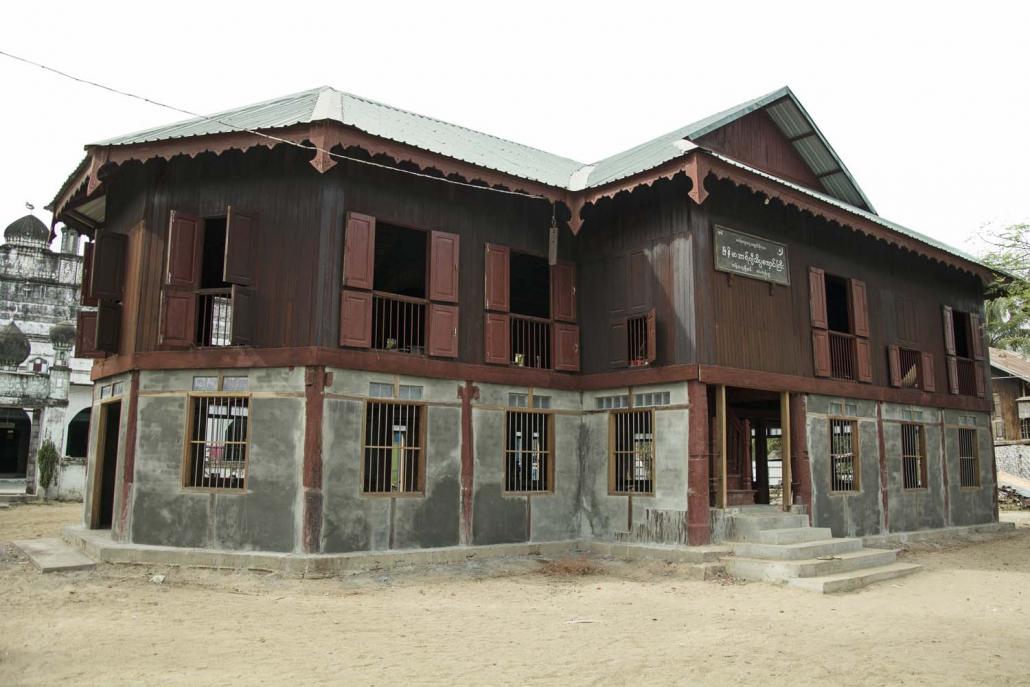 The madrassa admits students who have passed 5th Grade in the state system, who then enter at 1st Grade. The first four years at the madrassa are focused on teaching students how to adhere to Islamic teaching in their everyday life.

Those who continue after the 4th Grade at the Myanmar-Arabic Science School can study until its 10th grade and have the option of advanced study to become an imam, leading worship at a mosque. More than 2,000 students have graduated from the madrassa’s 10th grade since it was founded. Bachelor degrees are awarded to students who can memorise and recite the Muslim holy book, the Quran.

In contrast to most other madrassas in Myanmar, which tend to teach in either Urdu or Burmese, the Myanmar-Arabic Science School uses Arabic as its language of instruction, which makes it more attractive to devout Muslims.

English, advanced Burmese and other secular subjects are not taught, but Abdul Hadi said he had no doubt about the knowledge and ability of the madrassa’s students. “Our students can compete with students from state schools,” he said.

All of the students are male, but some of the teachers from the madrassa also offer classes for women at mosques in Kantbalu.

There are no restrictions on what the students wear, said deputy headmaster U Abdul Hakim, whose Burmese name is U Tin Myint.

“They can wear what they want; but they need to be careful to wear appropriate attire in classrooms,” he told Frontier.

As he spoke, students played chinlone and football on the compound’s sports ground, some of them wearing English Premier League jerseys. 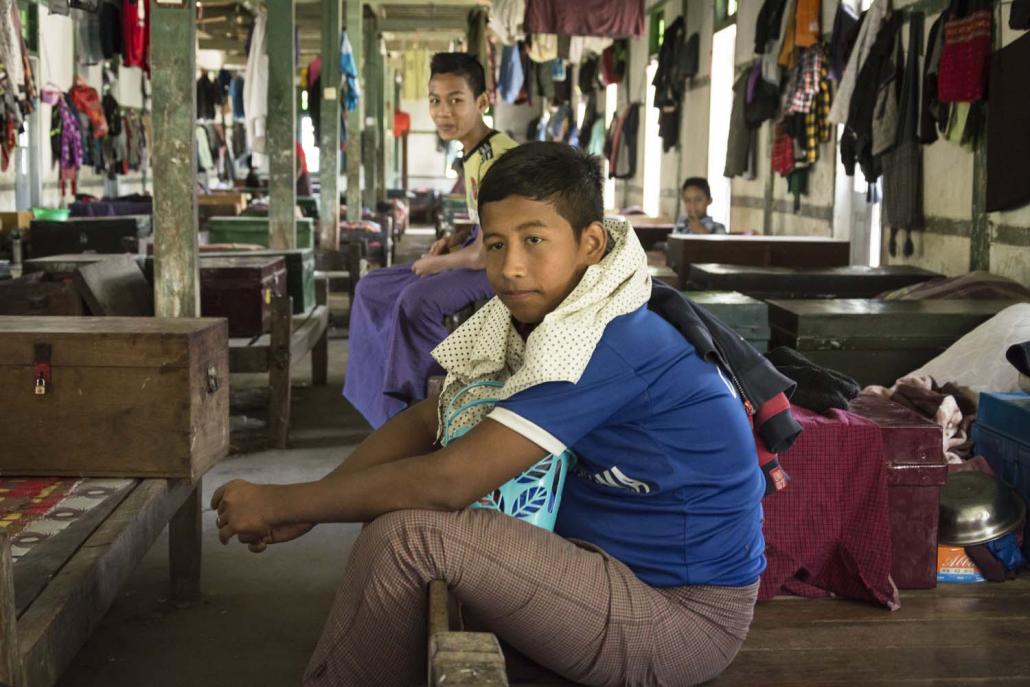 About half of the students are boarders. Ko Wai Phyo Aung, 24, who is in the 10th grade at the madrassa, is originally from Myitkyina in Kachin State. He transferred to the Myanmar-Arabic Science School a few years ago because there was no madrassa in Myitkyina to continue his religious studies past 7th Grade.

He said that when he completes his studies he wants to share knowledge of religious literature as well as teaching children.

“I would also like to give guidance to people who have taken the wrong path,” he told Frontier.

But Wai Phyo Aung differs from most boarders, who tend to be from elsewhere in Sagaing Region.

Many have been sent by their families to the Myanmar-Arabic Science School because it is much cheaper than educating them at a government school. The school charges an annual fee of only K3,000 a student, and provides free accommodation and meals to boarders.

Its expenses are covered almost entirely by donors, who are mostly – but not entirely ­– from the Muslim community.

Abdul Hadi said one prominent Buddhist donor was U Kyaw Nyunt, the brother of then Vice Senior General Maung Aye, who is originally from Kantbalu.

In a February 2006 entry in the madrassa’s visitor book, Kyaw Nyunt wrote that he was “pleased” to see the madrassa standing so strongly after enduring many years of struggle.

Madrassas have been regarded with suspicion by hardline Buddhists, particularly since communal tensions escalated after the violence in Rakhine State in 2012. Confrontations forced the closure of Islamic schools in Yangon in April 2017, and last year General Administration Department township offices – including in Kantbalu – issued orders stating that madrassas needed to use the Burmese language and religious classes could only take place in authorised places.

The order was condemned by Islamic organisations, whose leaders warned it could impact their right to freely practise their religion, and there is no evidence to suggest GAD has tried to enforce it.

Recent, reliable figures on the number of state-approved madrassas are rare. A 1996 book, Sasana Alin (“Light of Teaching”), gives a figure of 759 madrassas nationally, and the government has not granted approval for the opening of new mosques and madrassas since 1962, according to Muslim leaders. 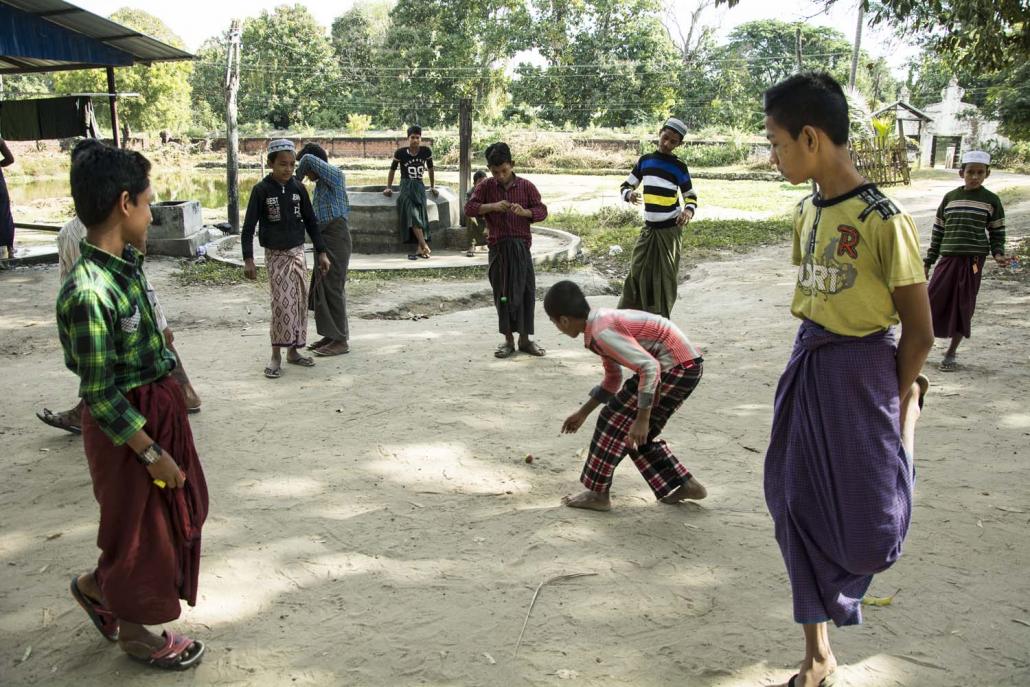 Khalifa U Tin Maung Kyaw, a board member of a small madrassa that opened in Yangon’s Mingalar Taung Nyunt Township in 1960, emphasised that those who train to become imams are focused on their roles of teaching and giving guidance to their communities.

“[The madrassas] are teaching religion, not extremism,” he told Frontier.

He said most Muslims who study at the higher levels at madrassas are from rural areas and come from lower socio-economic backgrounds. Families from Yangon and other urban areas tend to prefer the secular education of the state sector, and send their children part time to madrassas for just a few years to learn the basics of the religion.

Madrassas have also been affected by the national debate over educational reform, including the critical issue of teaching methods.

Disputes have arisen because some progressive Muslims have tried to use modern education methods to teach children at conservative madrassas.

Tin Maung Kyaw is adamant that embracing “modern education” should be the first priority of madrassas.

“We can clearly see the difference between those who have received a modern education and those whose knowledge is based only on what they have learned from sermons [at mosques],” he said. “Learning to think critically really does matter.”