The dream of a Kayan homeland

The Kayan New Land Party has not traded fire with the Tatmadaw for 26 years, but the armed group says it’s still striving to uplift the Kayan people and secure their autonomy.

THE WOODED hilltop watersheds and steep swidden fields of the Kayan hills are beautiful, but this beauty belies a tough way of life. With altitudes ranging from about 600 to 1,500 metres, these sparsely populated uplands between Leiktho and Sibu form a ridge that separates northern Kayin and western Kayah states, extending into southern Shan State. While the extensive remaining forest provides opportunities for foraging (and in the past, hunting), travel through the territory is difficult and the Kayan people struggle to meet their needs from shifting cultivation.

Kayan community leaders take pride in the rich history of their peoples, believing that they originated in Mongolia, where they played important roles in first millennia CE dynastic struggles.

When Burma was under British colonial rule, many Kayan became Christians under the influence of Roman Catholic missionaries from Italy. However, elements of traditional culture still thrive, including legends that the Kayan people originated from the union of a female dragon and a human-angel hybrid. The annual Kay Htein Bo festival, celebrated about the same time as Thingyan, the Myanmar traditional new year, includes planting a bamboo post in the ground, which celebrants dance around.

The practice of women wearing bronze rings on their necks may have originated as a form of protection from slave raiding. Whatever the provenance, the tradition is among the few elements of Kayan identity that are known beyond a few specialist researchers.

There is a widespread perception among the Kayan, drawn from long and sometimes bitter experience, that they have been excluded from economic and political developments in Myanmar. Likewise, Kayan political representatives have often been marginalised in Myanmar politics.

In 1964, the Kayan New Land Party took up arms against General Ne Win’s military government. The KNLP, whose armed wing is the Kayan New Land Army, demanded freedom of religion and the right to political self-determination. The demand for religious freedom followed the military junta’s expulsion from Burma of all foreign Christian clerics, including Roman Catholic priests.

Being far from the Thailand border, the KNLP received little support from that direction, and it therefore established an enduring alliance with ethnic armed organisations working more in the orbit of China. In 1979 the party established a formal alliance with the Communist Party of Burma and adopted elements of the communist people’s war strategy, which emphasises mobilising and living among villagers and basing resistance in the countryside. To this day, KNLP leaders retain a strong bond with villagers. 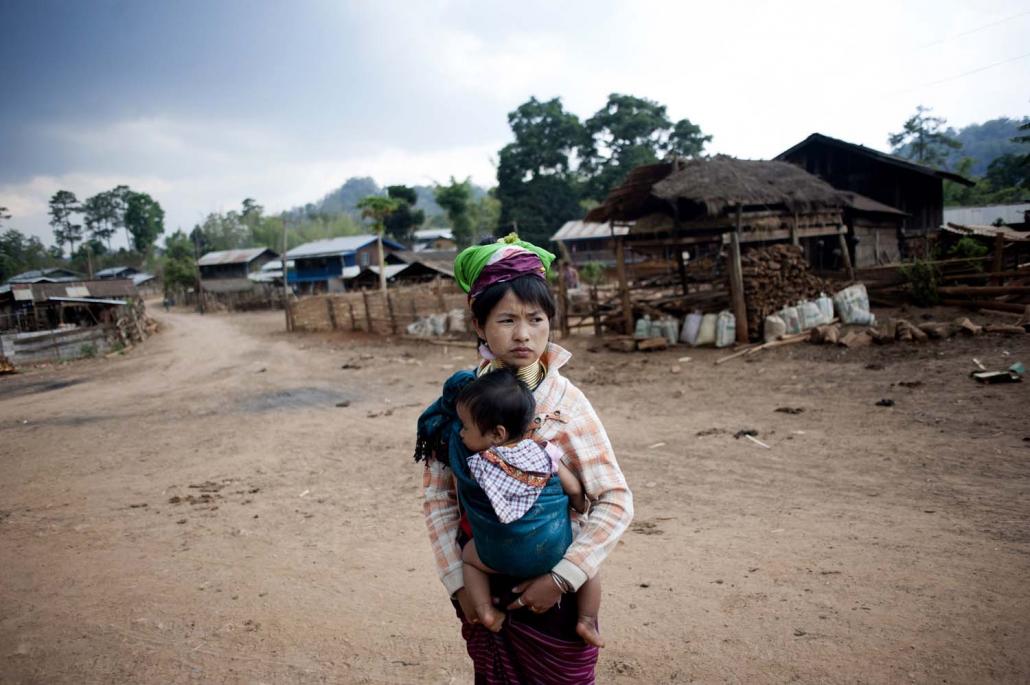 After the collapse of the CPB in 1989, it was difficult for the KNLP to maintain its armed struggle. Far from any international border, the Kayan rebels had little chance to trade or resupply, or for civilian victims of armed conflict to take refuge in a neighbouring country. In 1994, the KNLP, then about 1,500 strong, agreed a ceasefire with the military government. Part of the KNLP-controlled territory was recognised as Kayah State Special Region 3.

Although the ceasefire did not lead to a negotiated political settlement, it did create some breathing space for civilian populations to recover from decades of conflict. Since the 1990s, the KNLP’s relations with the government and the Tatmadaw have been relatively smooth and the ceasefire has been maintained.

Though the KNLP has been able to coexist with the Tatmadaw in the Kayan hills, it says it remains committed to the liberation of the Kayan people. The group’s decades of armed struggle are memorialised on a grand scale in a mausoleum at Sibu for fallen KNLP soldiers. The mausoleum, which appears to have been modelled closely on a British Commonwealth War Graves cemetery, also contains memorials of soldiers from the Kachin Independence Organisation, to which the KNLP was allied.

The KNLP is one of the few ceasefire groups from the 1990s to retain its autonomy – although in practice its status is ambiguous, and the KNLP functions similar to a pyithu sit (people’s militia), liaising closely with the Tatmadaw. Although KNLP leaders have been invited as guests to Union-level peace talks, the group has been excluded from the troubled Nationwide Ceasefire Agreement. This has led to resentment at the lack of inclusion of Kayan grievances and aspirations in the peace process.

Two Kayan National Party lawmakers with connections to the KNLP were elected in 2010, but the party did not win any seats in 2015. However, while options for advancement in formal politics remain limited, Kayan civil society is rich and diverse. Among the most active groups are Kayan New Generation Youth and the Environmental Conservation Network of Kayan Region, both of which work on community development and advocacy.

The KNLP controls significant territory containing about 200 small villages in an upland area that overlaps four administrative divisions: Thandaunggyi Township in northern Kayin; Demoso Township in Kayah; Pekon and Pinlaung townships in Shan State; and Nay Pyi Taw Union Territory. The KNLP wants the adjacent Kayan-inhabited areas of these townships to be combined and recognised as a Self-Administered Zone, which could be part of an expanded Kayah State.

This ambitious political agenda is combined with a strong desire for more substantial and inclusive development in the Kayan region, including through the recognition and marketing of the Kayan culture. Most villagers are very poor and rely on taungya (shifting rice cultivation), which does not support sustainable livelihoods. However, with the right support, there is the potential to develop high-value cash crops, as well as tourism, under the rubric of a strong Kayan cultural brand.

Among the most serious challenges facing Kayan society – one that it shares with many other communities in Myanmar – is concern over the impact of drug abuse and particularly the use of methamphetamines such as yaba pills. Since 2014, the KNLP has run a simple, but seemingly effective, drug rehabilitation centre near Sibu.

Initiatives like this help to foster a sense among the Kayan that, despite being marginalised within Myanmar’s cultural and political life, they are masters of their own destiny. With strong roots in the past, and deep connections to the land, there is widespread interest in adapting to and adopting the many changes of modernity, but in ways that preserve and promote the unique Kayan identity.